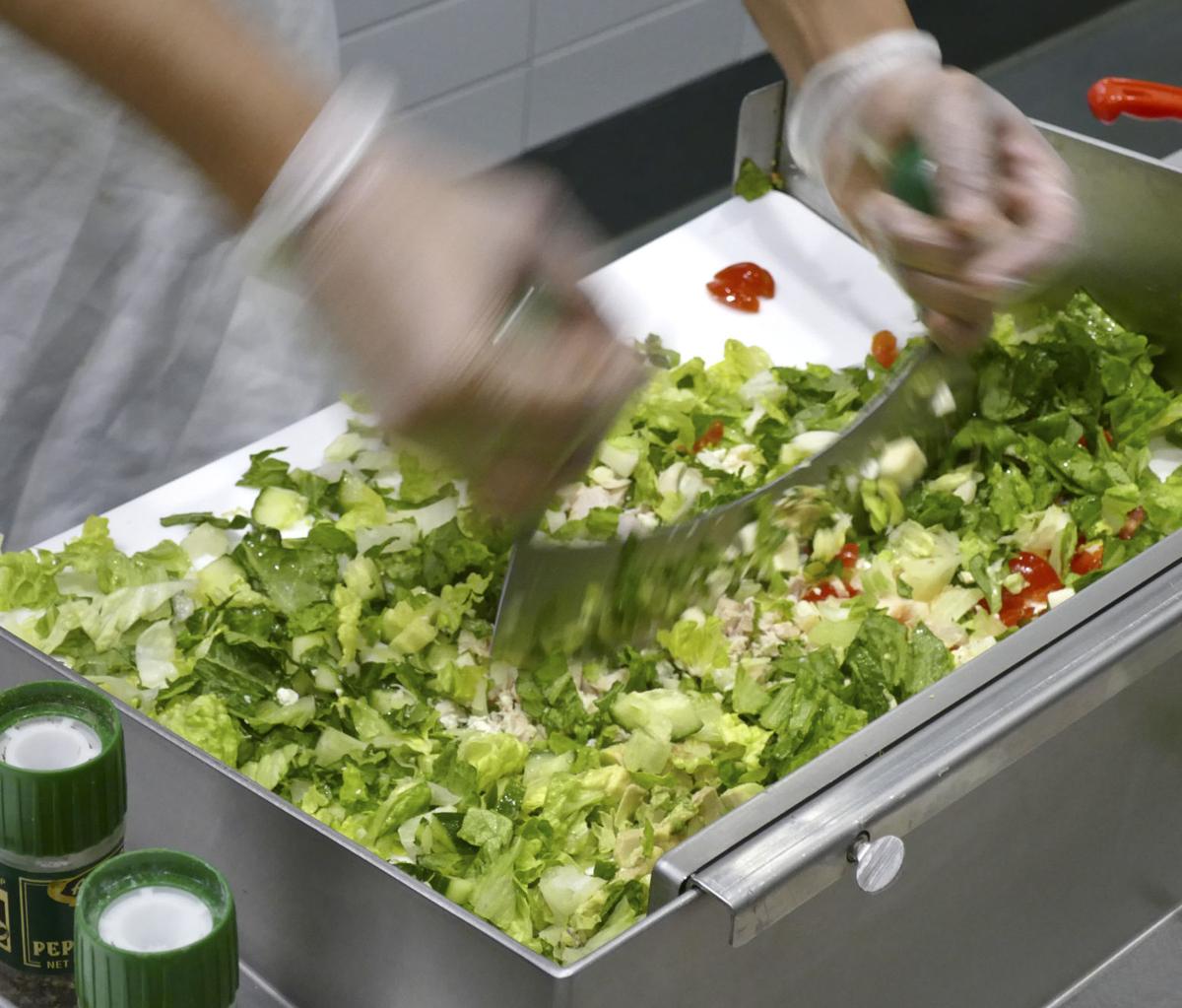 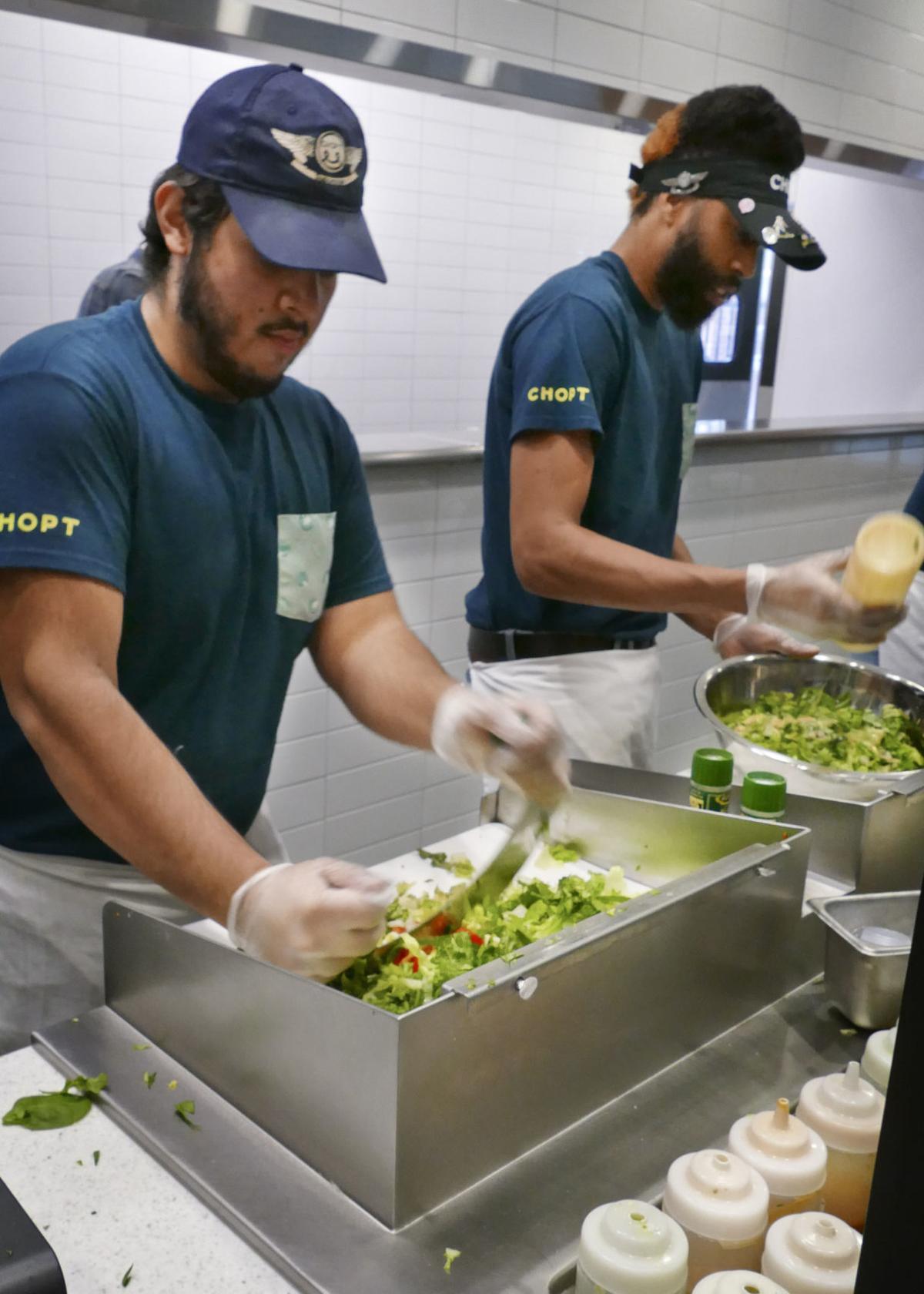 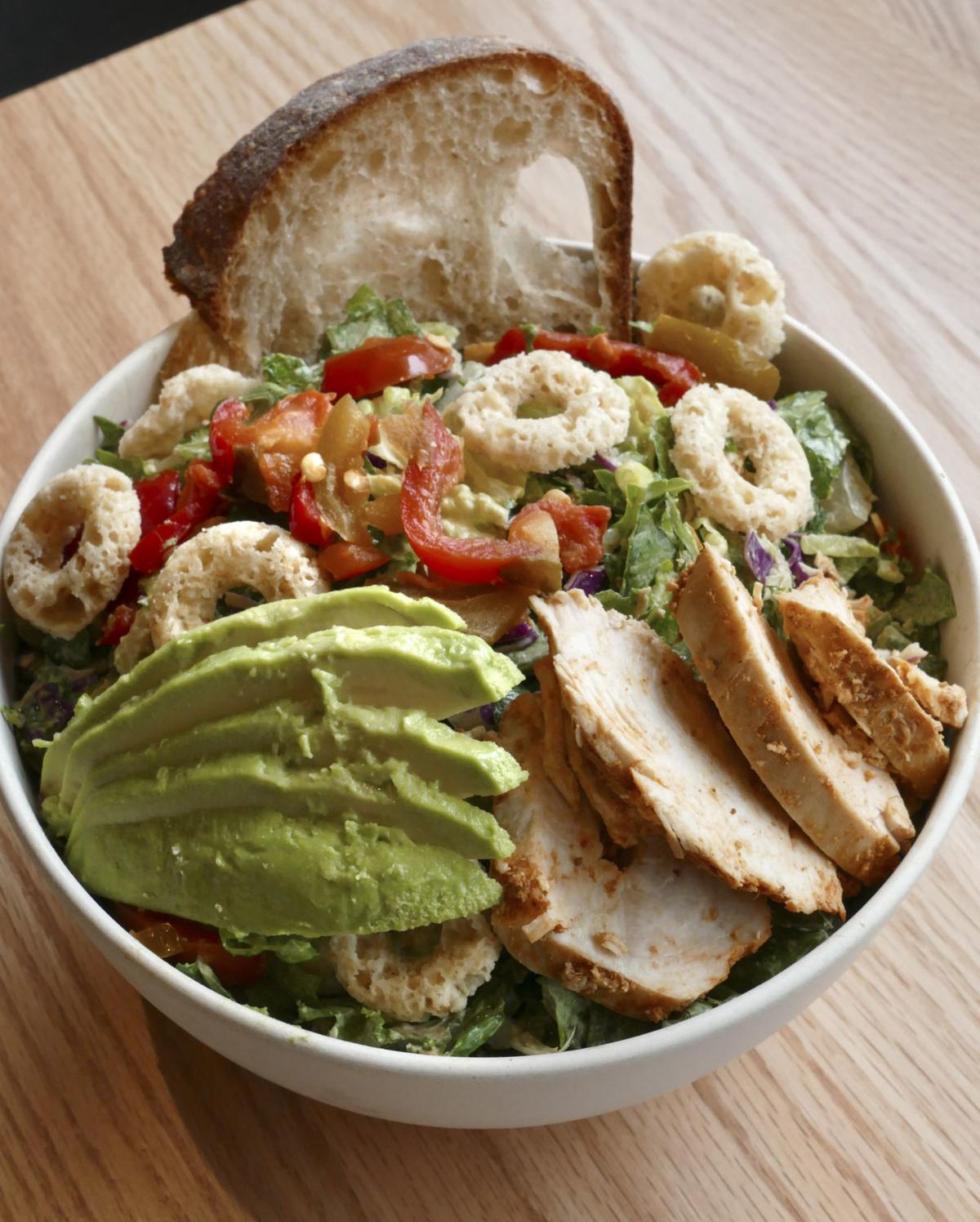 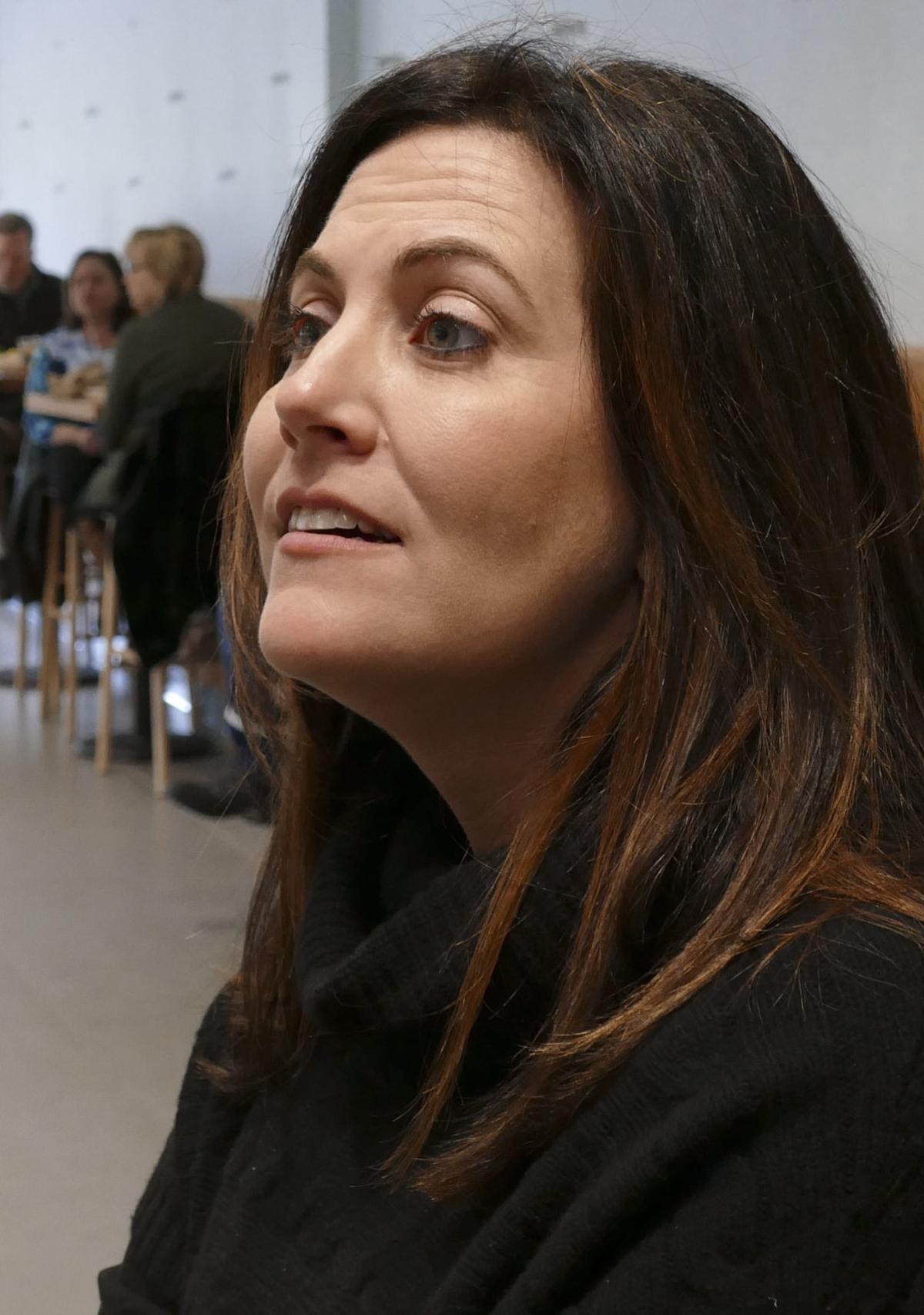 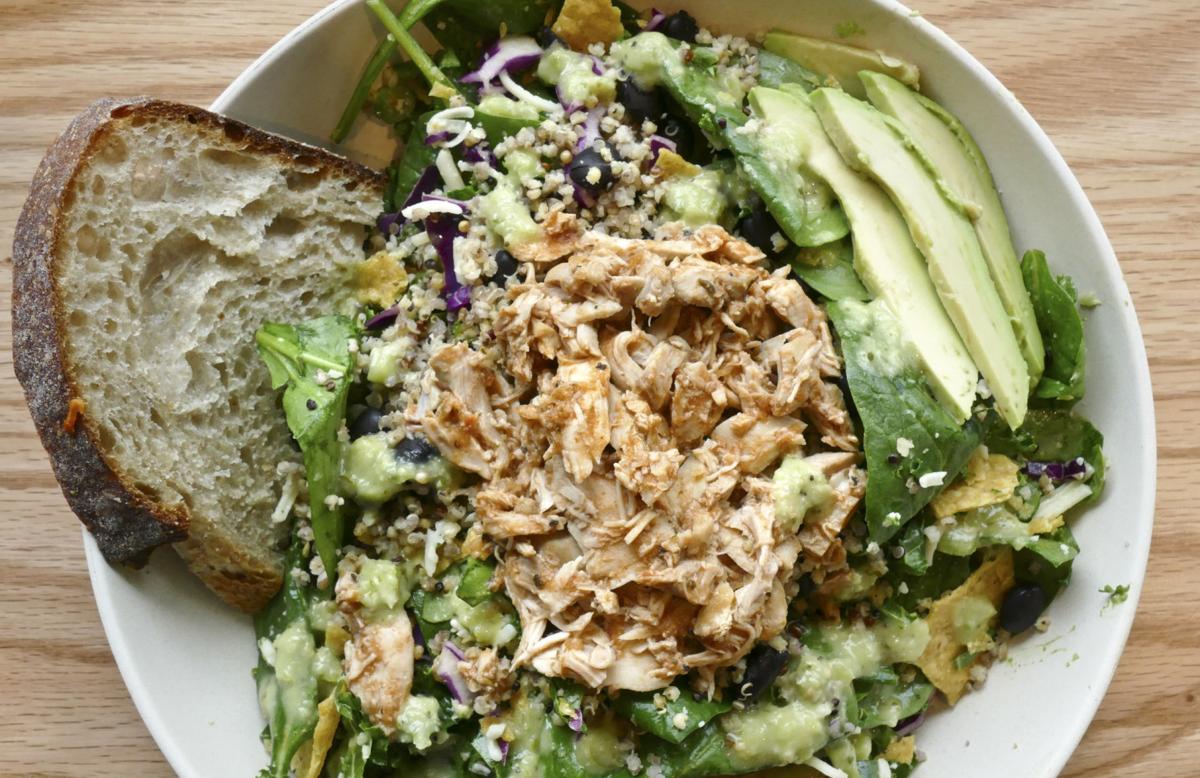 A Chicken Tinga Salad at the Chopt Creative Salad Co. 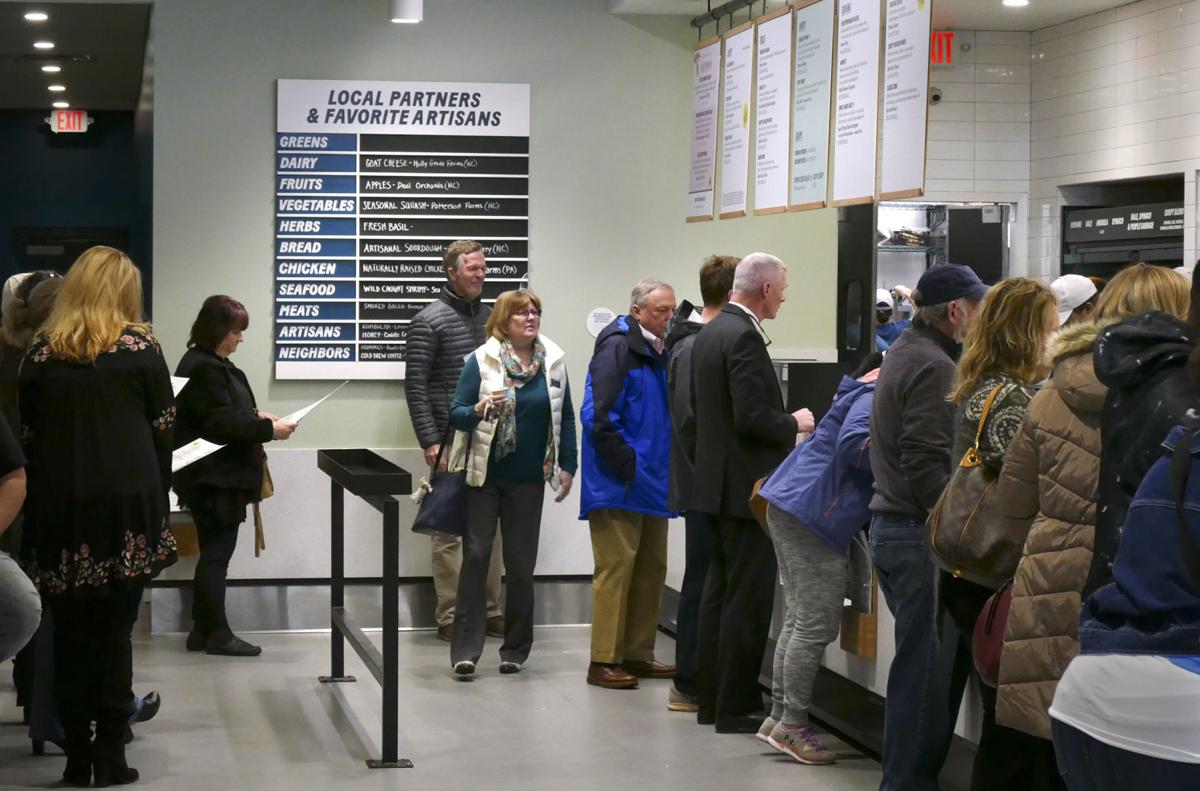 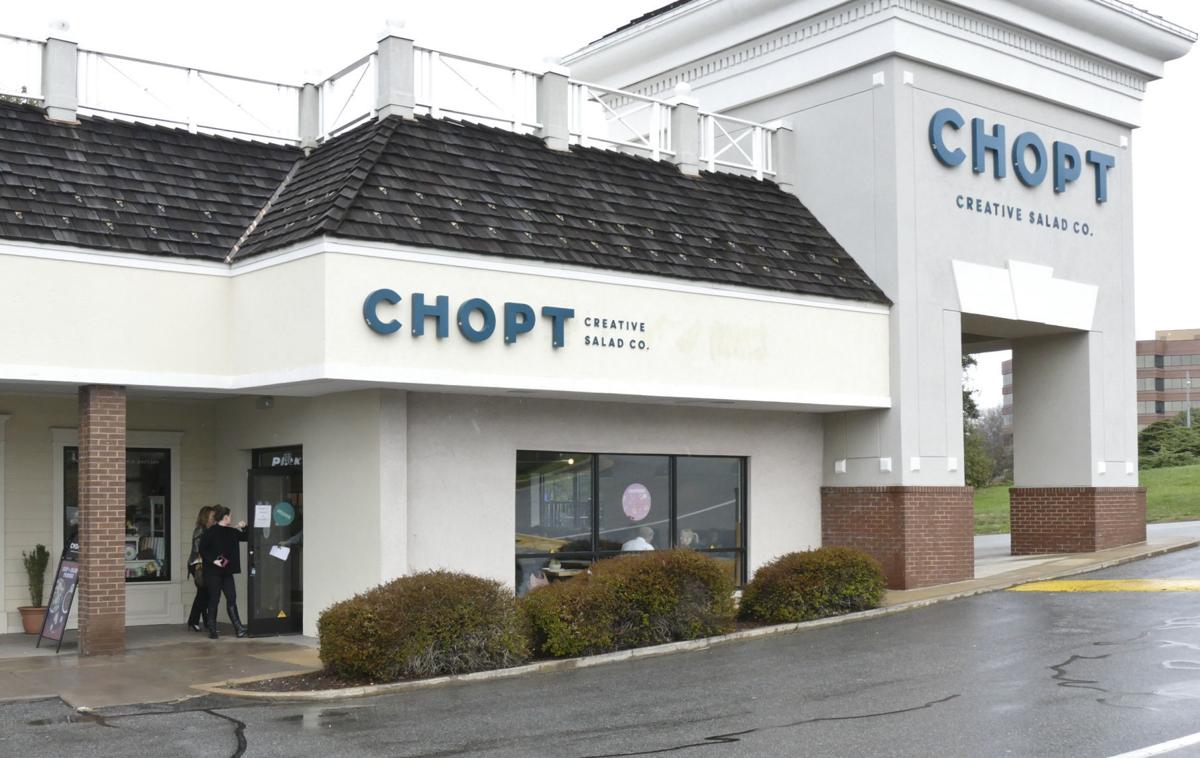 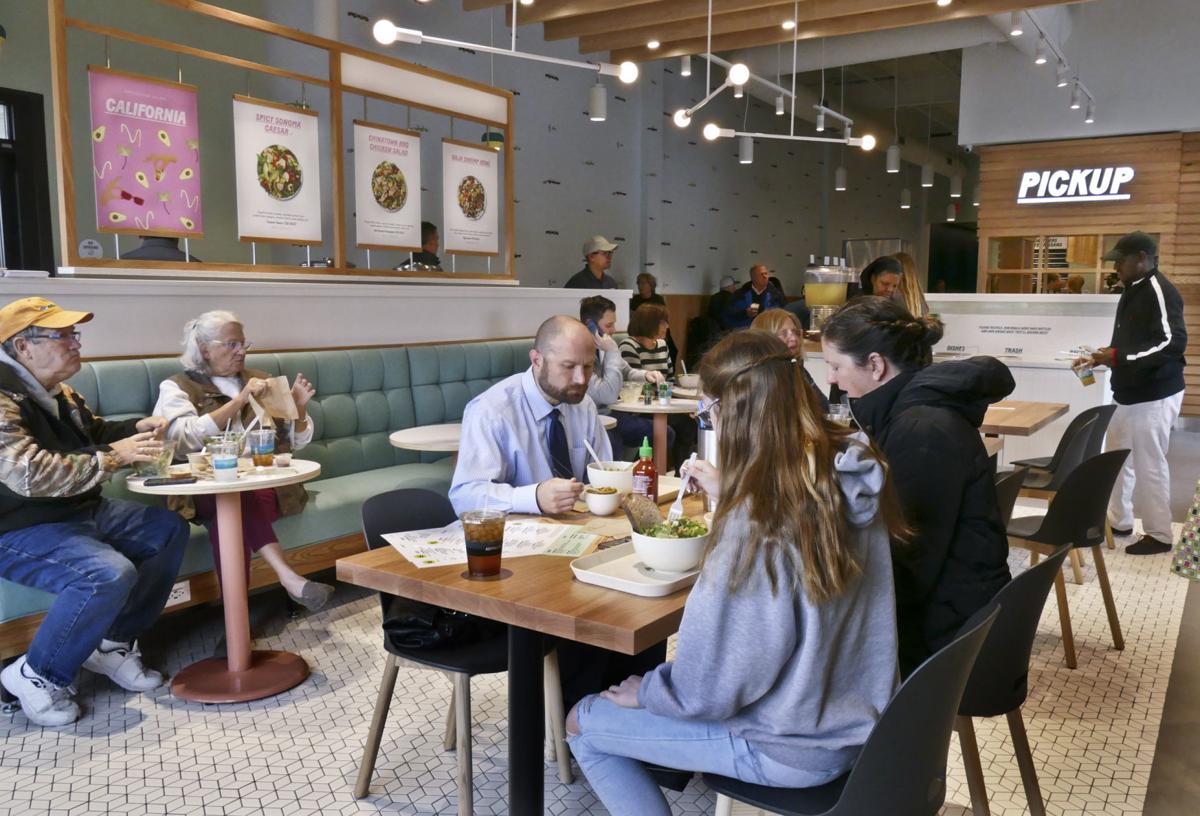 A Chicken Tinga Salad at the Chopt Creative Salad Co.

The restaurant is on the northern end of Thruway Shopping Center, next to Southern Home & Kitchen.

“It’s fast casual food but for healthy living,” said Tina Lemelin the regional manager for North Carolina, Tennessee and Georgia. “We want to provide the flavor, the excitement — but we also want people to eat healthy.”

Chopt is a chain of 54 restaurants, including eight in North Carolina, that offers a wide variety of salads. Colin McCabe and Tony Shure founded the company in 2001 in New York as a fast-casual alternative to burger joints, pizzerias and similar restaurants.

The Winston-Salem location has 60 seats, not including the patio.

Chopt offers quick counter service. Customers come in and choose a salad, and all of the ingredients are assembled in a bowl or takeout container. Once the customer pays, the container is handed off to a chopper who empties it onto a cutting board, chops the ingredients, adds dressing, then returns the finished salad to the container.

Lemelin said that customers typically can get their salads in about five minutes when there is not a line.

Chopt has about 50 different ingredients — many of them organic — that can go in a salad, plus 17 dressings that are made in-house.

In addition to salads, the restaurant offers two soups and a few wraps.

Soups include Mexican Chicken and Red Curry Lentil ($4.49 each).

The “customer craft,” or make-your-own, salads cost $8.29 for a base of either greens or grains plus four fruit and vegetable toppings.

Greens include kale, spinach, arugula, cabbage or a blend. Grains or beans include quinoa, chickpeas, black beans, or a blend of quinoa, lentils and millet.

Extras available for 79 cents each include cheese, boiled egg, croutons, fried onions, dried cranberries and sliced almonds. Also extra are the proteins, which range from organic tofu ($1.99) to wild shrimp ($4.49).

Aside from bacon, there is no red meat on the menu.

No stove or oven cooking is done at the restaurant. Instead, items such as the grilled chicken are cooked at a commissary in Greensboro. Soups are not made by the company but provided by a vendor.

Though the menu offers many healthy vegetables and grains and the three lightest salads range from 290 to 360 calories, the calories in some of the salads and wraps can add up.

Chopt works with a handful of local food companies. The slice of bread served on the side of salads comes from Camino Bakery in Winston-Salem. Hummus comes from Roots Organic Gourmet in Asheville. Chopt also gets goat cheese from Holly Grove Farms in Mount Olive, honey from Coddle Creek Farms in Mooresville, red and green cabbage from Hollar & Greene Produce Co. in Boone, and spinach from Smith Farms in Stoneville.

In advance for its official opening Saturday, Chopt will open from 11:30 a.m. to 1:30 p.m. and 4:30 to 6:30 p.m. Friday to raise money for the Second Harvest Food Bank of Northwest North Carolina. Instead of charging people that day, Chopt simply will ask people to donate whatever they can. “And all of it will go directly to the Food Bank,” Lemelin said.