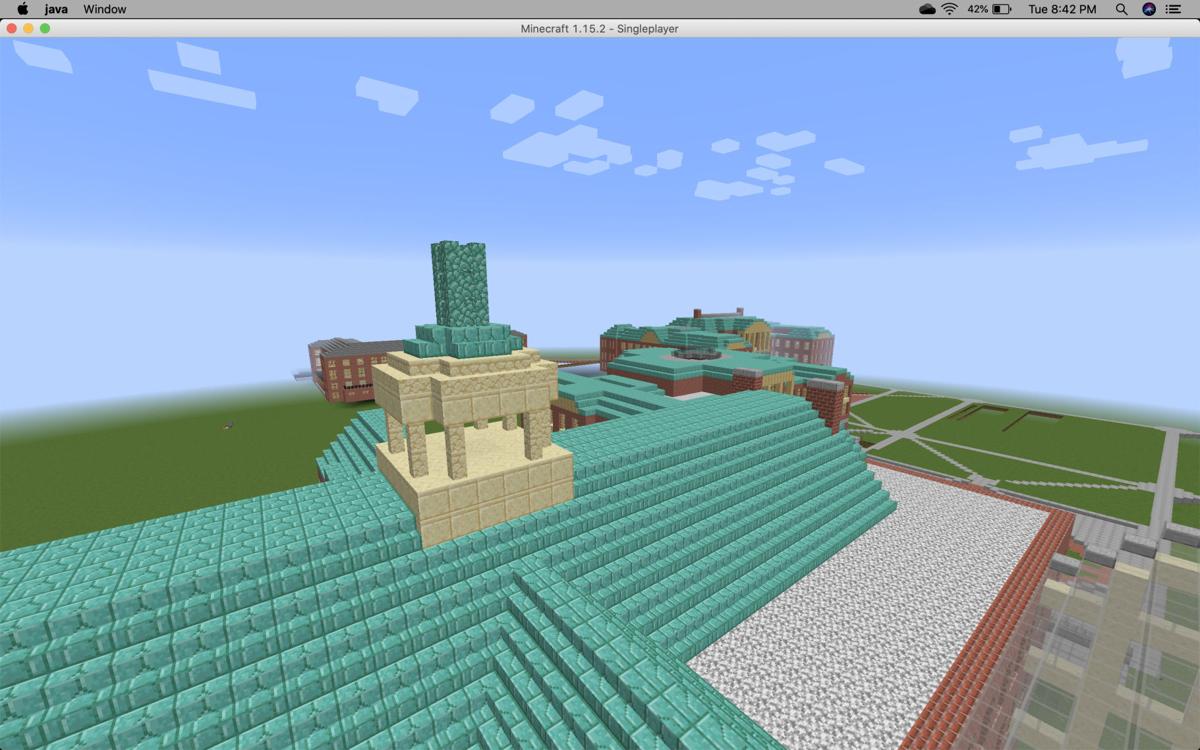 Declan Sander, a Wake Forest freshman, is recreating the college campus in the video game Minecraft. Pictured is his work on the view from the Z. Smith Reynolds Library. 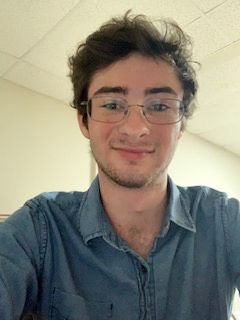 Declan Sander, a Wake Forest freshman, is recreating the college campus in the video game Minecraft. Pictured is his work on the view from the Z. Smith Reynolds Library.

When Declan Sander was a kid, he was a big fan of Minecraft, a video game in which players create elaborate structures in digital form with blocks — think Legos on your computer.

He drifted away from the game when he started high school, but now, as a freshman at Wake Forest University, he has returned to the world of Minecraft to recreate the campus he can no longer visit.

Inspiration came during the extended spring break, when it was announced that students would not return to campus and would be finishing the semester remotely. “I was just sort of bored, and kind of distraught with the fact we weren’t going back,” Sander said. “It became something to do when I was reflecting on my time.”

The first night, he stayed up til 2 a.m. “building the grass on the upper quad on Hearn Plaza. I sent a picture of the foundation for Reynolda Hall to my Wake friends via group chat, and they thought it was a good idea and encouraged me to keep going.”

He has learned some tricks about speeding up the process along the way, he said. “Google Maps lets you calculate distance, and one block in Minecraft is a cubic meter,” he said. “You start out with the walls, very basic, and then fill in the windows.” He is starting out with the exteriors of buildings and plans to then fill in the interiors based on floor plans.

So far, he was worked on Z. Smith Reynolds Library, the exteriors of which he said are “completely done,” as well as Reynolda Hall, Benson University Center and Davis Residence Hall. He continues to work on the project about two hours a day, and says it will take about four months to complete it. His younger sister and brothers are helping him, and he has looked at similar projects from other campuses for inspiration.

The project has helped him focus on the importance of the college experience and the growth that comes from moving from your home — in his case, Hendersonvile — to a sprawling campus. “Your freshman experience, at this point is the biggest adjustment to a person’s life,” he said. “And your second semester is realizing how different you are from the town where you grew up, and you are a college student.” Then, with the COVID-19 pandemic, “you can’t go back to what you thought was your home, you have to leave because the world is coming upside down.

“I don’t act like I’m the one taking the brunt of the situation,” he said, saying that he is particularly sympathetic to seniors who are missing out on the campus experience in their final semester.

He is keeping the construction close to the vest for now, but once he has completed the project, he will be submitting it to a project at the Z. Smith Reynolds Library that is collecting works of art created during the pandemic, and it will be publicly accessible.

With finals about to start, he is busy with his school work as an English major, so the construction online has slowed down. But, he said, “once finals end, it’ll kick into high gear in the next two weeks.”

He said that he gets a wave of nostalgia “While I’m building, there are some places on campus that will make me remember something that happened with my friends... I started doing this because I miss Wake Forest so much. It’s very relaxing to work on.”