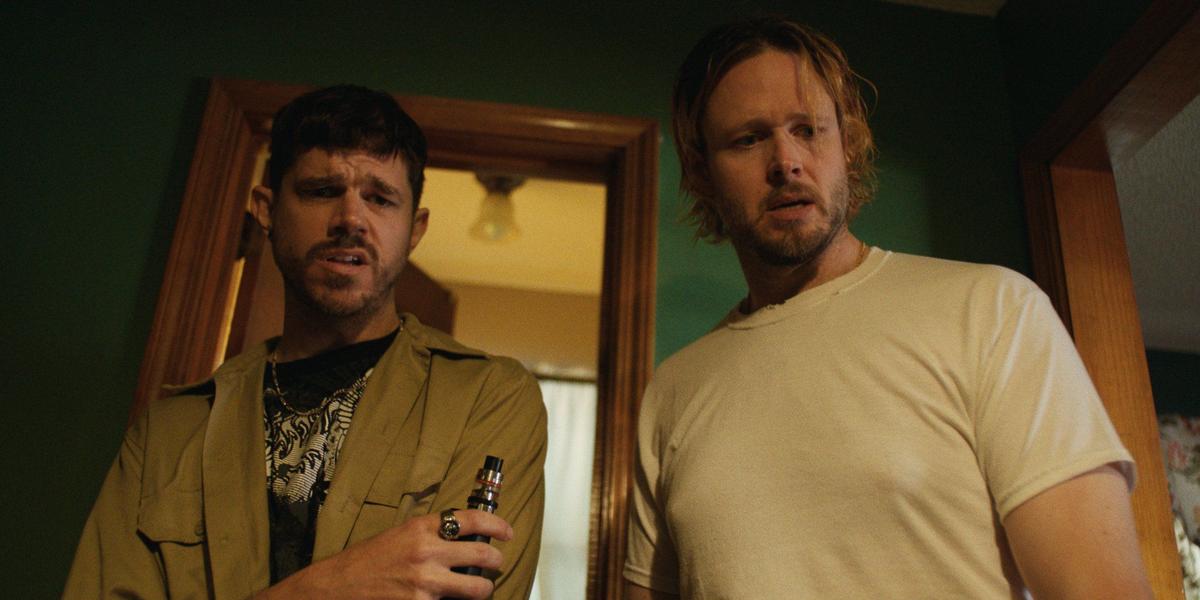 Michael Abbott Jr. (right) is one of the actors in “The Death of Dick Long.” He is a UNCSA alumnus. 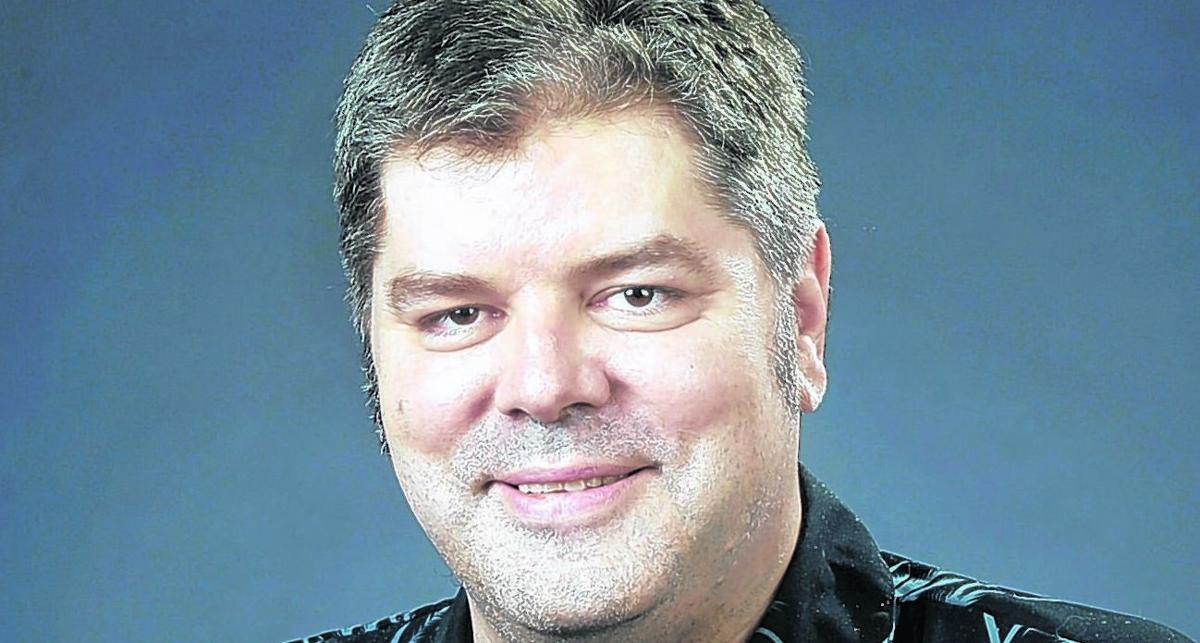 Since its debut at the Sundance Film Festival, “The Death of Dick Long” has earned a lot of attention for its blend of film noir and absurdist dark comedy. Now, after a limited theatrical release, it is out on services such as iTunes and Vudu.

The story follows Zeke and Earl, two bumbling good ol’ boys in small-town Alabama who try to cover their tracks after the death of a friend in circumstances that get more twisted the more details get revealed over the course of the film. Some of the story is comical, but the film takes some unexpectedly dark twists as it goes along.

Michael Abbott Jr., a 2000 graduate of the UNC School of the Arts’ drama program who has appeared in such films as “Shotgun Stories” and “In The Radiant City,” plays Zeke. He’s a family man, a struggling musician who tries his best to hide the crime while circumstances continue to spiral out of control but is too inept to cover his tracks. Andre Hyland plays Earl, who is more assertive, a dangerous mix of dimwitted and cocky who gets by on his swagger alone.

The film is the latest work of Daniel Scheinert, who co-wrote and co-directed the cult 2016 film “Swiss Army Man” (and who also plays, albeit briefly, the title character). The supporting cast includes Roy Wood Jr. from “The Daily Show” and Sunita Mani from “GLOW,” but most of the action involves the two friends, Zeke’s wife (Virginia Newcomb), and Officer Dudley (Sarah Baker), a genial deputy who is investigating the case.

Abbott first heard about the film from Melodie Sisk, a fellow UNCSA aluma he has worked with in the past, who was working as a producer and unit production manager on the film, which was shot in Alabama. “She read the script and told me I absolutely had to play the role,” he said. “At the same time, she started pitching me to Daniel and Billy (Chew, screenwriter) who were at the time eyeing some bigger names for the role. After seven to 10 days of self-taping audition scenes, sending them to Daniel, getting notes and re-taping them, Daniel called and offered me the role.”

As a big fan of “Swiss Army Man,” Abbott was eager to land the part in “Death.” “I was prepared to ‘take someone out’ or ‘make someone disappear’ if I needed to in order to make sure I got the part,” he said.

While he may not agree with the choices the characters make, he said that “Zeke and Earl go to whatever extremes necessary in order to hide their truths from their friends, family and community. No lie is left unturned, and the stakes are the highest they’ve ever been for any of these guys. They’re certainly scrambling to save what’s left of their simple small-town lives.”

Abbott said that the response to the film “has been absolutely incredible. From the moment we premiered in front of our first audience at Sundance in February and throughout our festival and theatrical screenings — the people have spoken ... this film is unlike anything you have seen or ever will see. The less you know going in, the better.

“The reviews have been unbelievable and to hear some critics calling it ‘The Funniest Movie of 2019’ is certainly surreal. That says a lot about where our country is right now. The darkest Comedy of 2019 is also the funniest?” he said with a laugh.

Abbott came to UNCSA from east Tennessee after a friend who was a year ahead of him went there and told him about the school.

“To me it sounded like it had the best of all worlds,” he said. “I knew I would never survive an NYC acting conservatory as an 18-year-old, but North Carolina, I was totally comfortable with that idea.

“NCSA taught me who I was and to not apologize for it. They gave us the ability to expand, harness and access the skills that we showed up with on day one. I still hold most of my professors in high regard, many I still keep in touch with today.”

After graduating, he moved to New York City, where he has been based since May 2000.

Next up for Abbott is a film called “The Dark and the Wicked,” which was written by Bryan Bertino (“The Strangers”). And after that, Abbott will begin production on a thriller called “Hell House” that is filming in Georgia.

“Some exciting things are in the pipes,” he said. “It only took 19 years for the work to come a little more consistently.”

A childhood favorite of mine, “Ultraman,” is coming to Blu-ray Tuesday, and it’s never looked so good.

The “Ultra Series,” a Japanese sci-fi action franchise that involved science-based heroes tussling with giant monsters, made its debut in 1966 with two shows — “UltraQ,” a black-and-white series akin to a cross between “The Outer Limits” and “The X-Files,” and “Ultraman,” a color series with flashier stories that inevitably led to a climactic pro-wrestling-style battle between a giant superhero and a vast assortment of rubber-suit monsters tearing through miniature city sets.

While I rabidly watched each episode of “Ultraman” on TV as a kid, I’d never seen “UltraQ” until now. Both are a fun blend of action, slapstick and melodrama, with stalwart characters, endearingly oddball concepts, and the requisite comic relief. They also launched a juggernaut, with literally dozens of follow-up shows, movies and video games that continue to this day.

Mill Creek Entertainment has ambitious home video plans for the show. Both “UltraQ” and the original 1966 run of “Ultraman” are coming to Blu-ray on Tuesday, available either in standard or deluxe steelbook packaging with 24-page companion booklets. The remastered high-definition shows look amazing considering their age — almost too good, since the seams in the rubber suits are sometimes visible — and are in the original Japanese with optional English subtitles.

The charm of the bad dubbing on the “Ultraman” episodes I saw on TV in the 1970s is sadly missing, but the shows are still entertaining and the performances seem just as earnest and over-the-top in their original language.