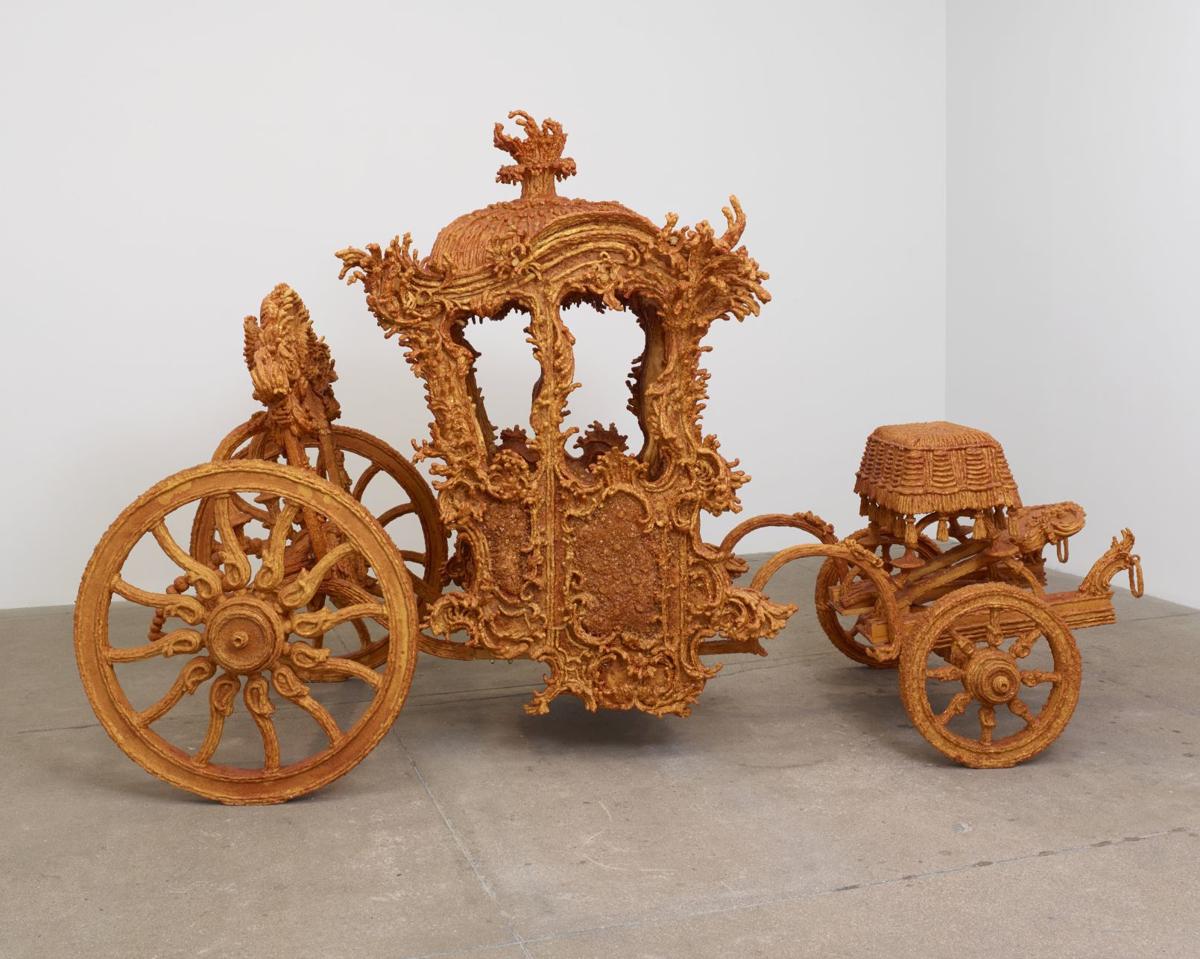 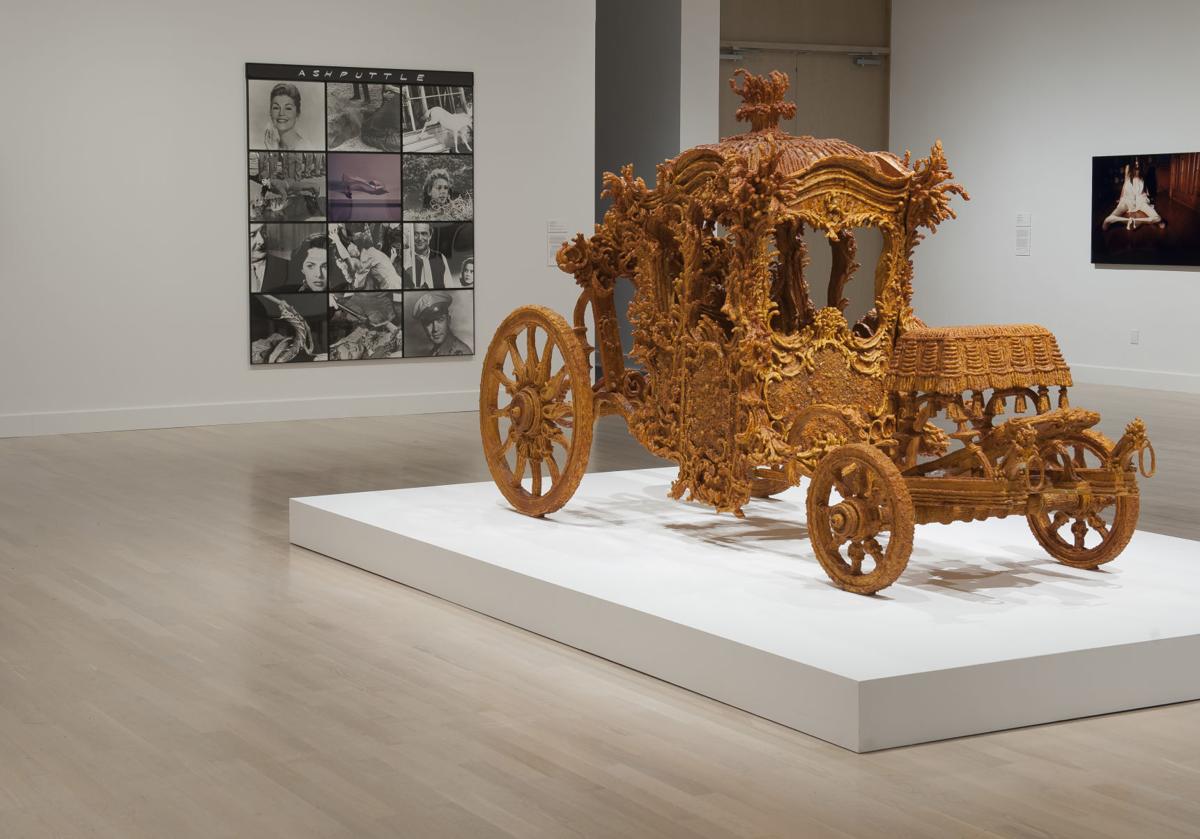 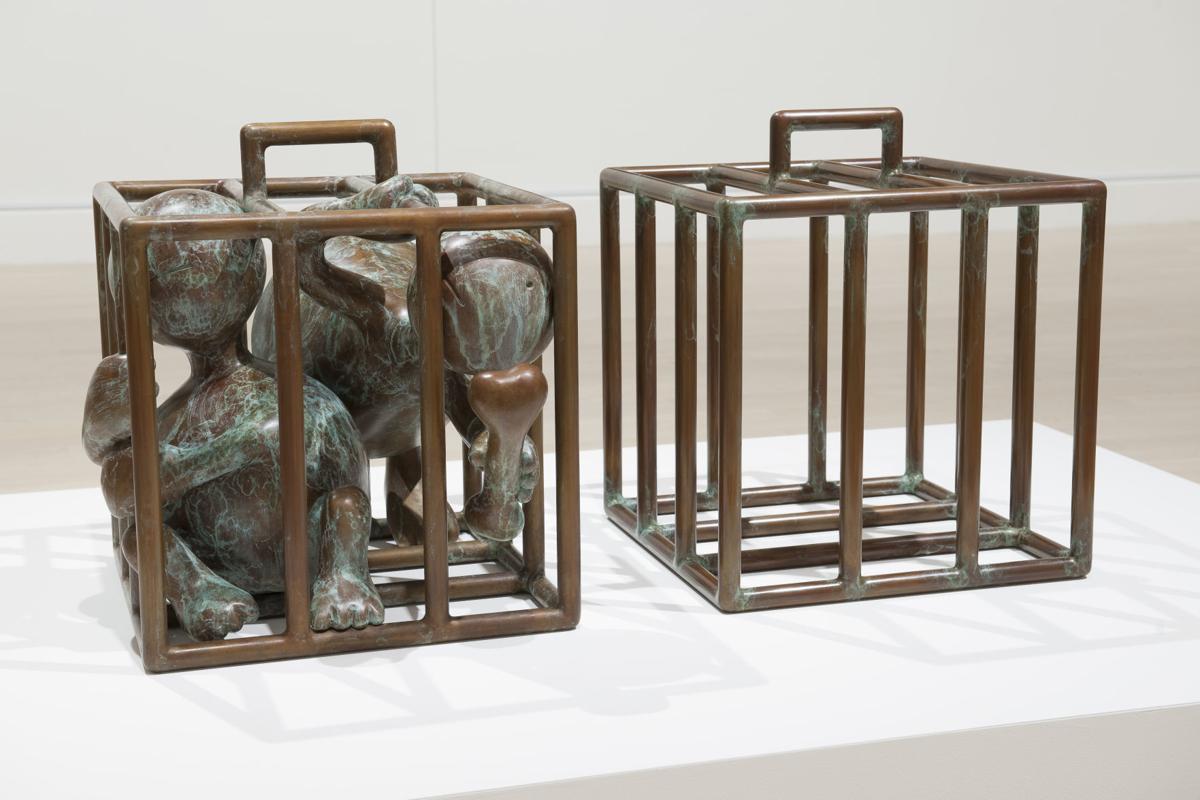 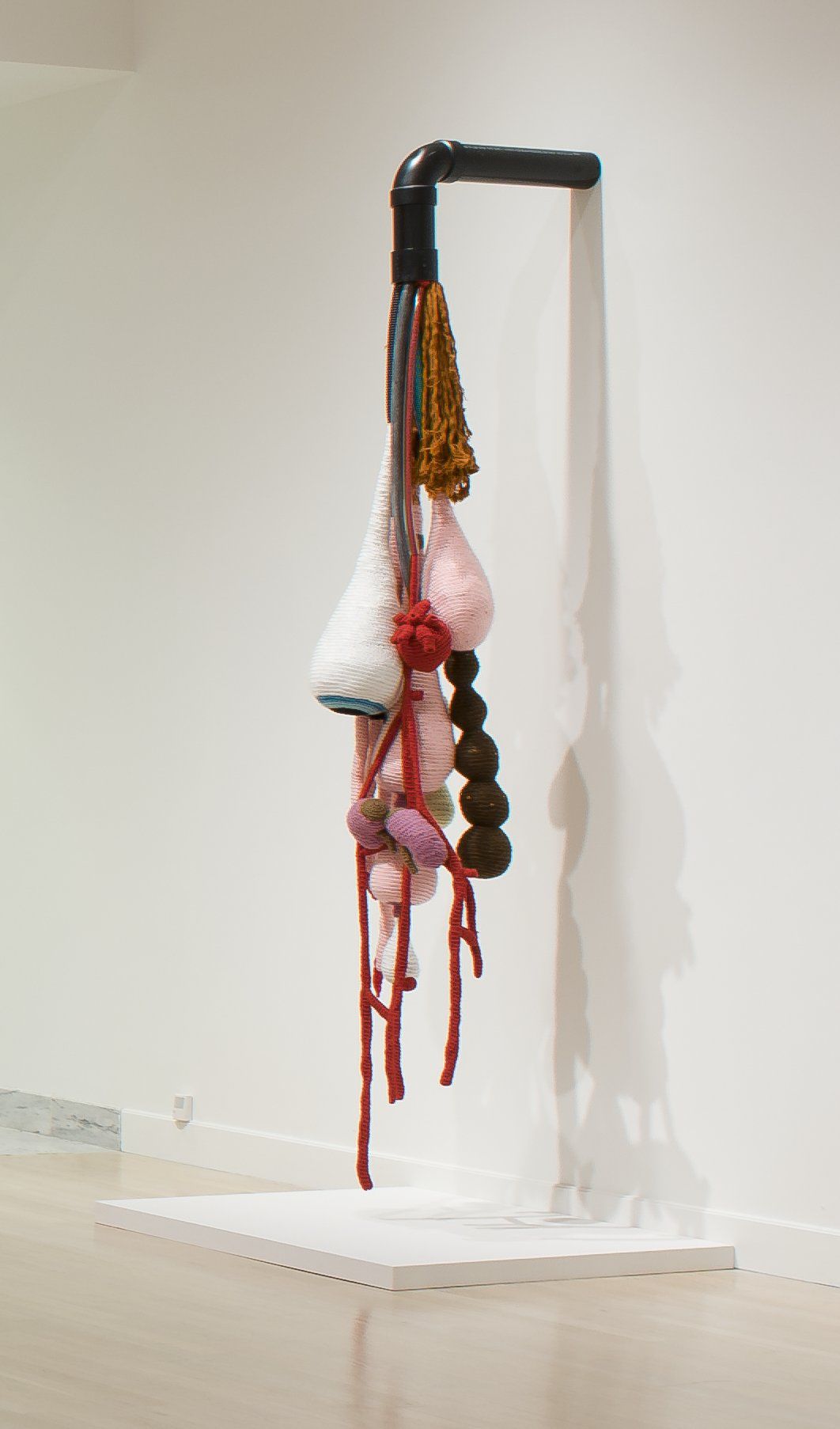 Once upon a time fairy tales weren’t so benign. In their original versions, the popular, folk-derived stories collected by the Brothers Grimm were riddled with sexual innuendo, child abuse and all manner of violent scenarios. Later versions were toned down, presumably to make these fanciful narratives more acceptable to the protective parents and teachers of young readers or listeners in the modern era.

Some of the artists represented in the Weatherspoon Art Museum’s current, fairy tale-themed show have revisited or referenced the earlier, more troubling renditions, which tend to be more directly relevant for present-day adult audiences. Some of the same artists — and others — highlight metaphorical connections between fairy tales and present-day sociopolitical realities.

“Dread & Delight: Fairy Tales in an Anxious World” brings together a range of works made since the early 1960s. Organized by Emily Stamey, the Weatherspoon’s curator of exhibitions, it includes works by 21 artists who have found creative inspiration in these stories, and they add up to one of the region’s liveliest shows this year,

In the accompanying catalog, Stamey identifies and reprints familiar versions of seven fairy tales referenced in the exhibition. Prominent among these is “Cinderella,” one of the most enduringly popular fairy tales, whose mistreated heroine undergoes a series of magical processes enabling her to catch the eye of a prince who vows to marry her.

This tale serves as the reference point for one of the show’s most striking and remarkable pieces, Timothy Horn’s “Mother-Load.” It’s a full-size, rococoesque version of the horse-drawn carriage in which Cinderella is transported to the prince’s ball. Playing on the transformation theme, Horn made it from plywood, steel and other durable materials that he coated entirely with orange-hued, rock-sugar candy.

The carriage is beautiful to look at and presumably sweet to the taste, but the candy coating renders it fragile as glass, easily vulnerable to catastrophic breakage. The accompanying wall text explains that it pays homage to Alma Speckels, a San Francisco laundress who married a sugar-industry tycoon. An internet search reveals Spreckels to have been a fascinating, complex individual. In any case, Horn’s piece is an apt metaphor for cherished illusions.

In his photo-derived print “Ashputtle,” John Baldessari zeroes in on another key object in “Cinderella,” namely her lost golden slipper, which the enamored prince uses to find her after she flees the festivities at his castle. A color photo of such a slipper — stained with blood and tar, in keeping with developments in the story — is central to this large grid of 12 photographs, mostly black-and-white film stills from the mid-20th century. Among the earlier pieces in the show, it dates from 1982.

Ericka Beckman re-imagines the Cinderella story as a video game in her 28-minute video piece from 1986. Highlights include scenes of ordeals the heroine must undergo in order to win her freedom, including hard labor in a forge and a factory supervised by robots.

Carrie Mae Weems uses the mirror motif from “Snow White” to critique Eurocentric standards of female beauty. Her photograph of a black woman seeing a white woman’s reflection in a mirror carries a caption in the form of an imagined dialog culminating with the mirror’s racially charged verbal abuse of the black woman.

Racially biased standards of female beauty are likewise at issue in works by Alison Saar and Kerry James Marshall, both of which take the fairy tale “Rapunzel” as a thematic departure point. The skin of the nude woman suspended upside-down in Saar’s carved-wood sculpture “Blonde Dreams” is painted black, while her hair — longer than her entire height and likewise hanging straight down — is painted in shimmering gold leaf.

Marshall’s untitled painting inspired by this fairy tale is also a portrait of the heroine as a black woman with golden blond hair. In this case, though, she is portrayed from the shoulders up and in left profile as she lies supine — presumably asleep or perhaps even dead — on what appears to be a stone slab, with her hair hanging down over its edge. A multicolored trail of stars spirals around the tiny, airborne figure of a red, fairy-like being or angel that hovers above Rapunzel’s head, apparently blessing her or casting a benevolent spell.

“Rapunzel” is also cited as the inspiration for Gil Yefman’s “Longing,” a mixed-media sculpture that manages to be both goofy and gross. In this case, the long hair that recalls Rapunzel’s hair that she let down from the window of her tower prison dangles from a black plastic plumbing pipe. It appears to have been disgorged along with the giant-size, woven-yarn eyeballs and other organs suspended from the pipe. If this piece is a variation on the “Rapunzel” theme, it represents a significant revision of the original narrative.

Child predation — a recurring theme in fairy tales — is now recognized as a serious criminal issue, so it’s not surprising that several contemporary artists have reinvestigated these early treatments of the theme. Both Kiki Smith and Xaviera Simmons use serial photography to riff on one such fairy tale, namely “Little Red Riding Hood.”

Another well-known tale involving child predation is “Hansel and Gretel,” which Tom Otterness interpreted in his bronze sculpture of that title. Here the siblings are portrayed as anonymously stylized figures similar to those in Otterness’ “Frieze,” permanently installed in the Weatherspoon’s ground-floor atrium ceiling. His piece in the show depicts the two children as captives of the story’s evil, cannibalistic witch, by whose unseen hand they have been claustrophobically imprisoned in one of two identical, cube-shaped cages.

Other highlights in this provocative group show include drawings by Natalie Frank, paintings by Arturo Hererra, a sculptural installation by MK Guth and the show’s earliest works, a series of Rapunzel-inspired etchings made by David Hockney in 1962. Also worthy of special mention are set-up photographs by Cindy Sherman, Anna Gaskell and Miwa Yanagi.

What: “Dread & Delight: Fairy Tales in an Anxious World”