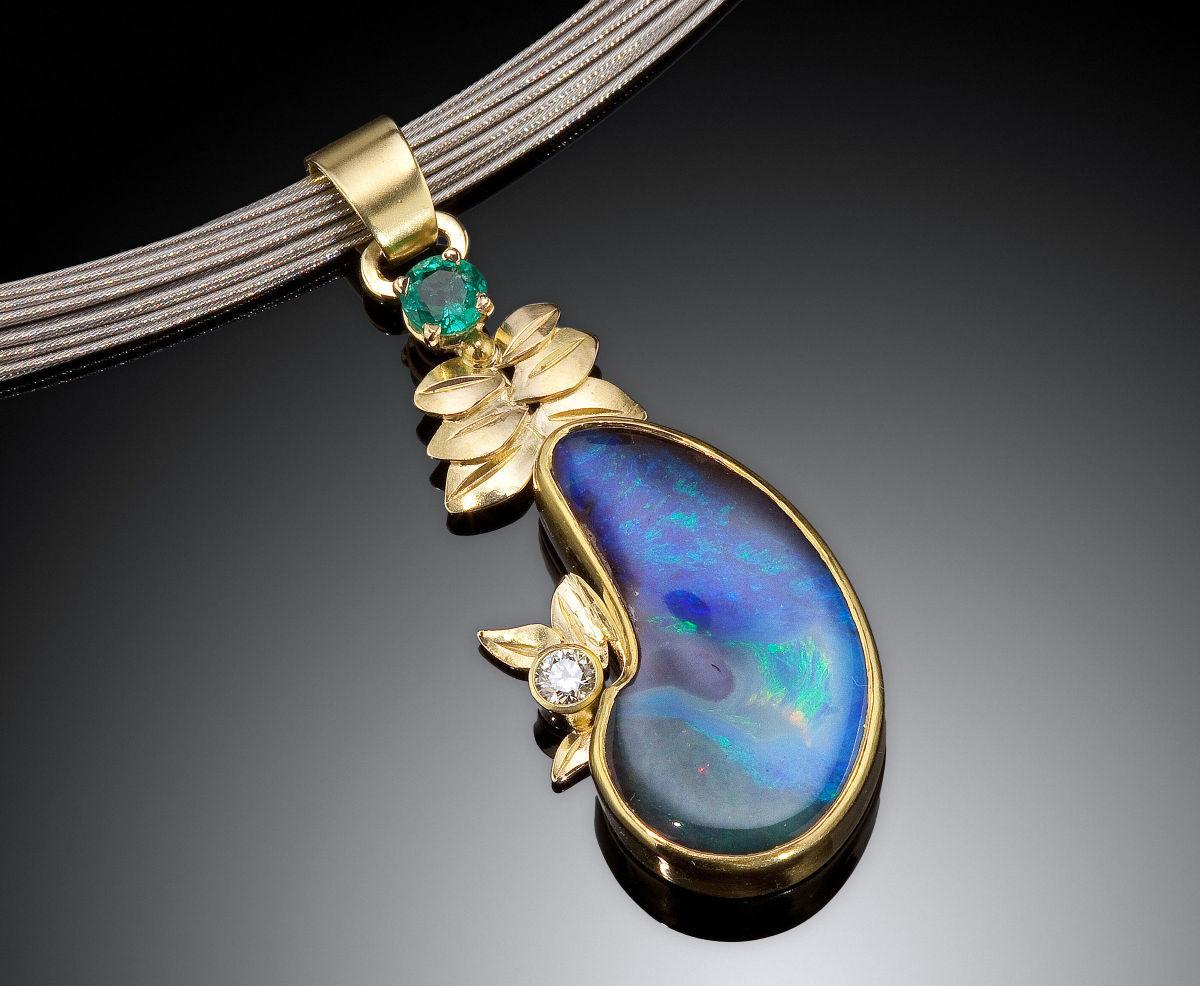 One of the works by jeweler Ben Dyer in the 2015 Piedmont Craftsmen’s Fair. 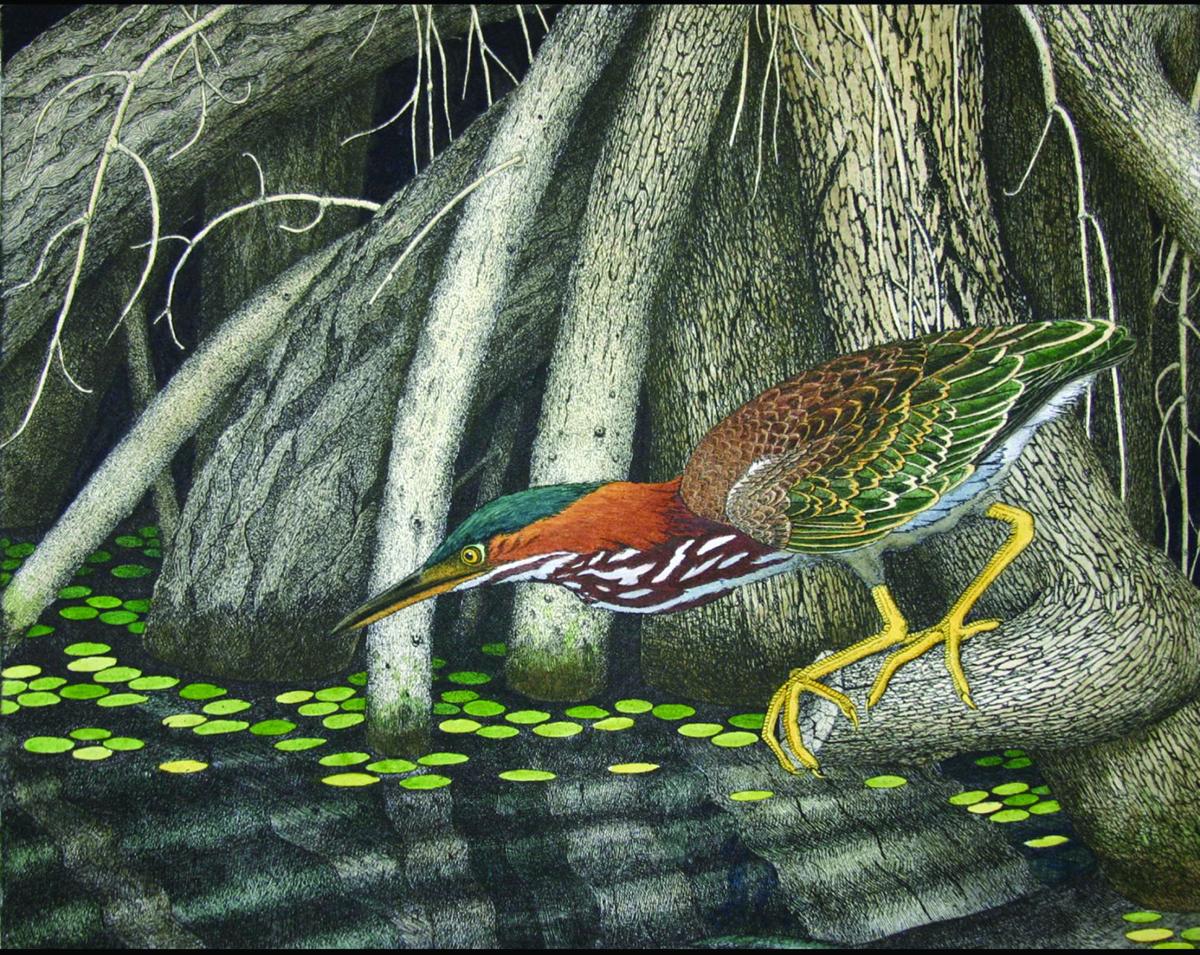 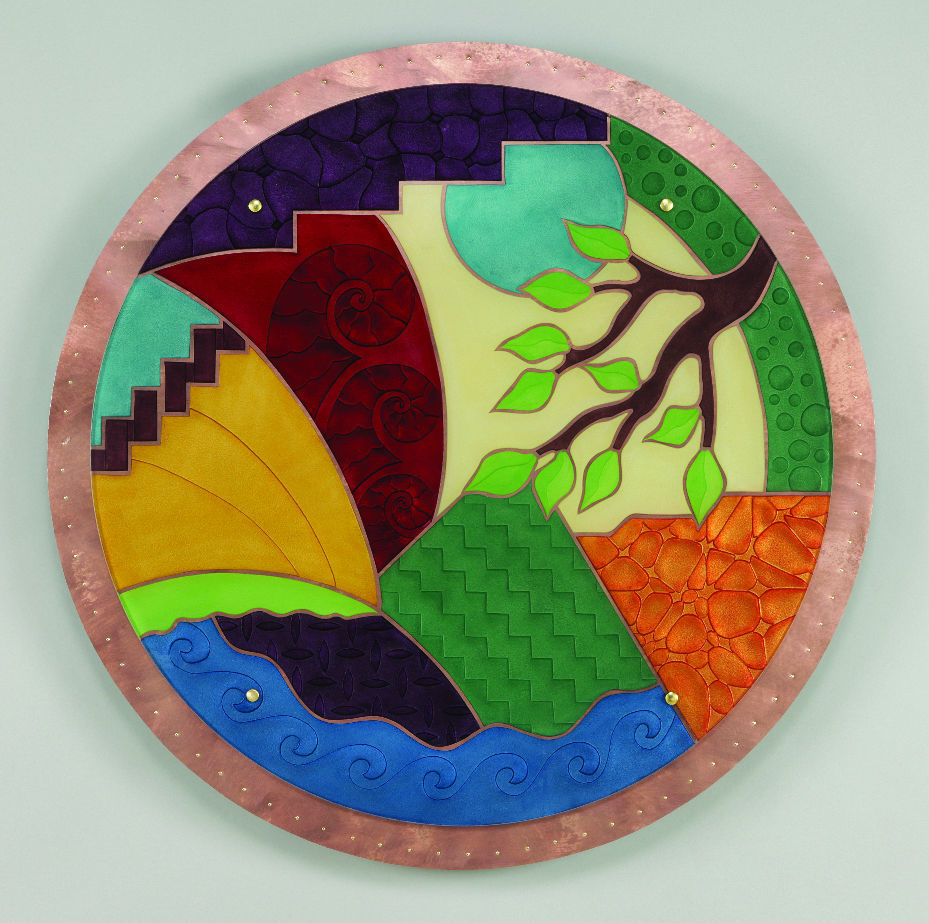 “From the Mountains to the Sea,” by Deana Blanchard and Chuck Young. 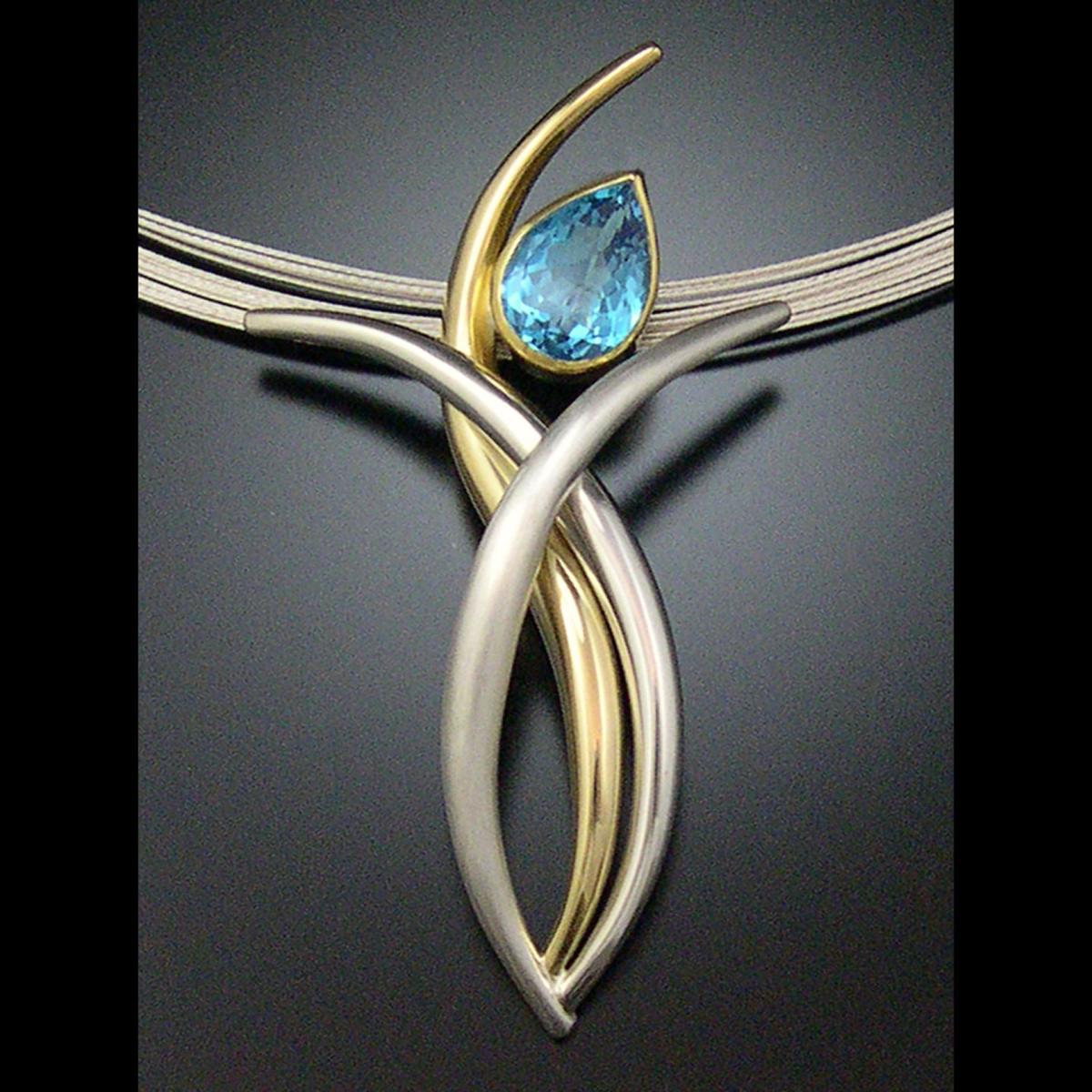 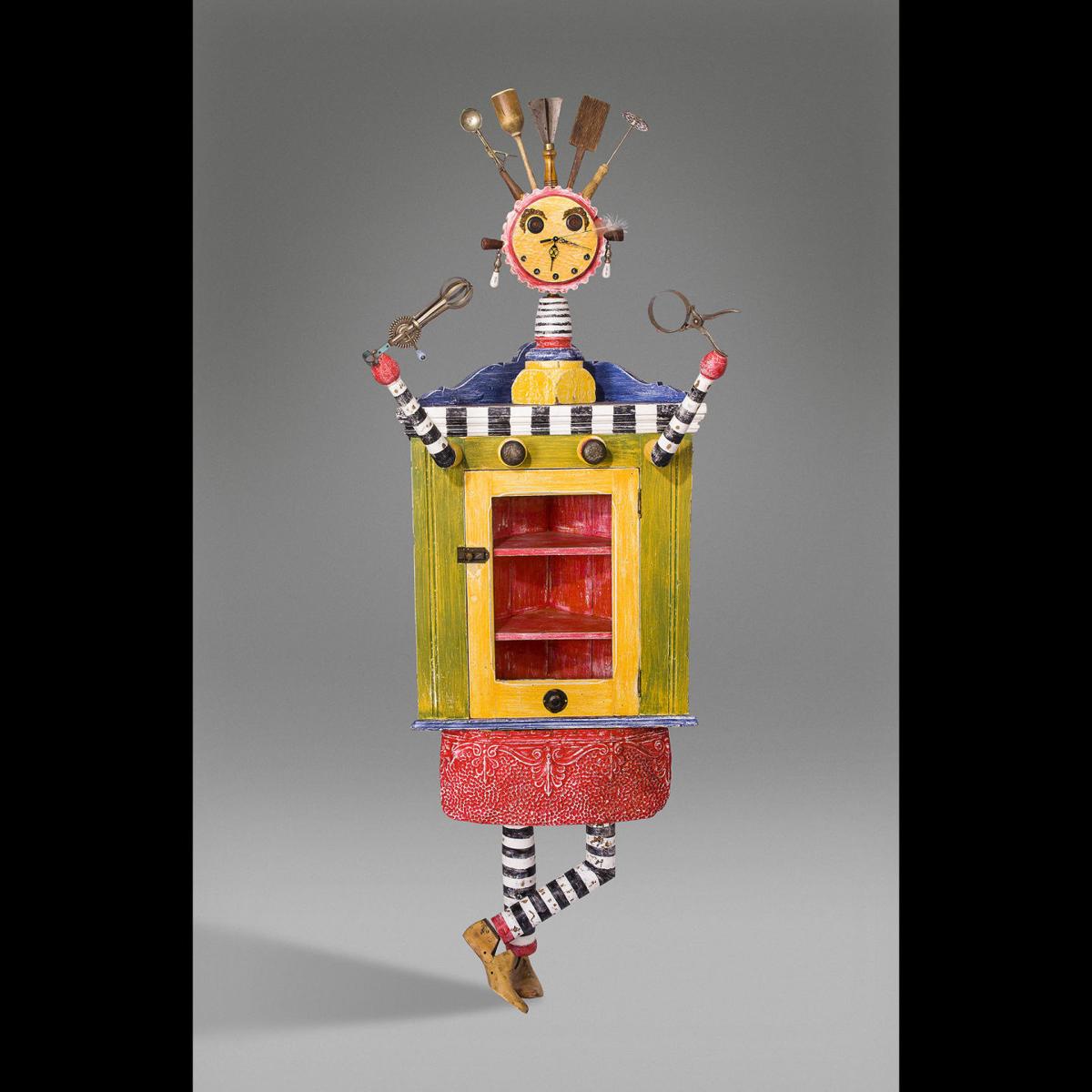 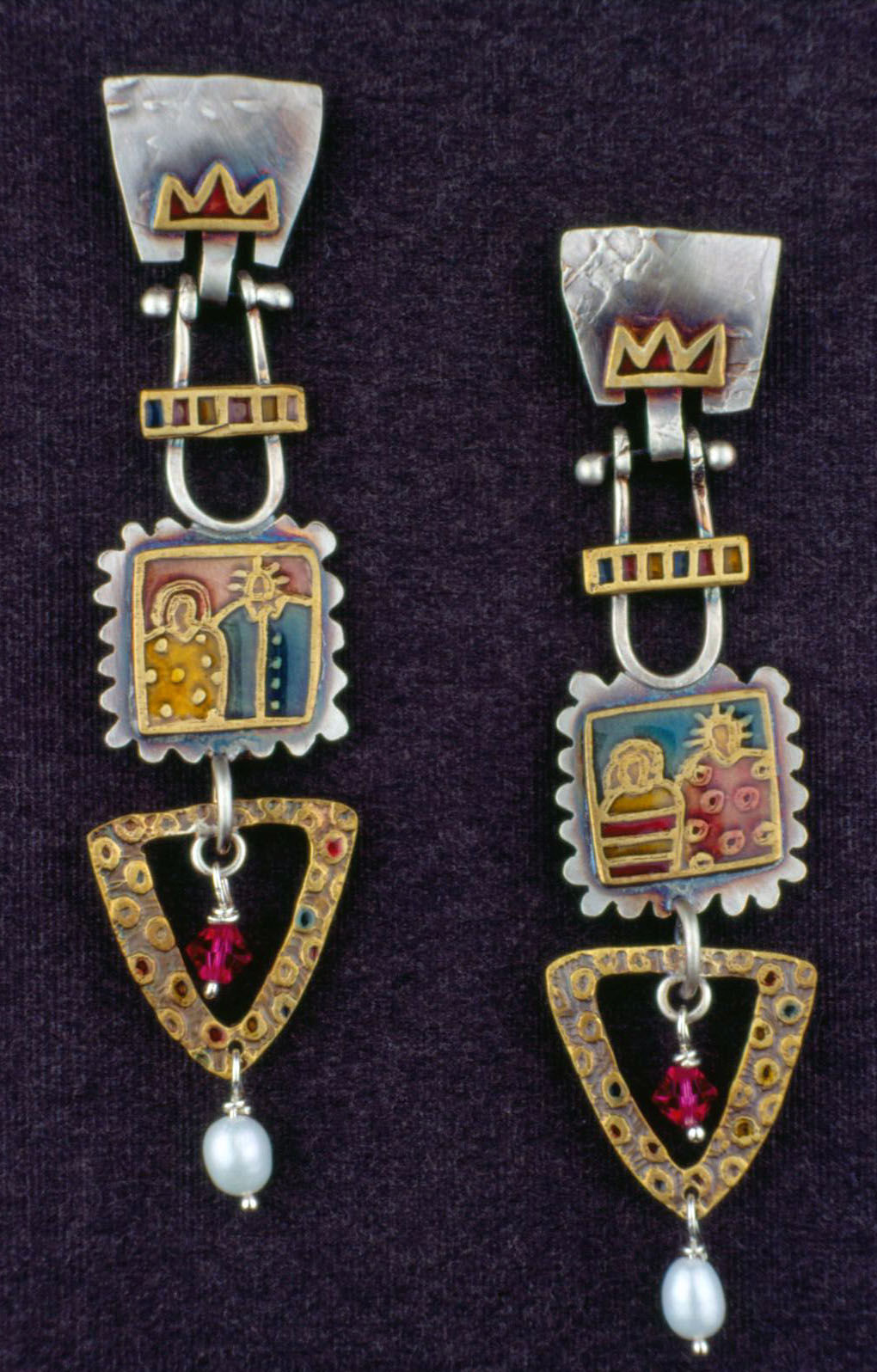 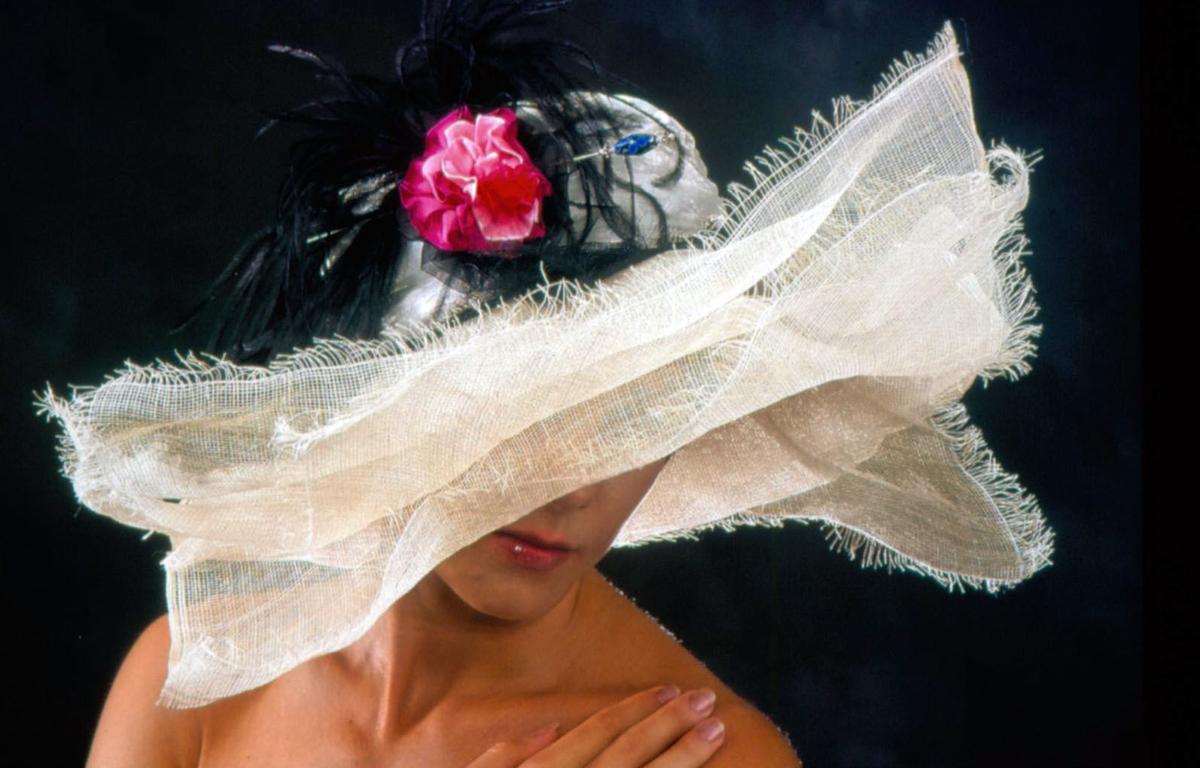 A hat made by Tatiana Rakhmanina.

One of the works by jeweler Ben Dyer in the 2015 Piedmont Craftsmen’s Fair.

“From the Mountains to the Sea,” by Deana Blanchard and Chuck Young.

A hat made by Tatiana Rakhmanina.

I choose my Brad Tucker bowl when I eat cereal.

When I feel its weight in my hands and the texture he carved into the clay, I’m taken back to his dusty studio where I interviewed him at Cedar Creek Gallery in Creedmoor. Tucker is an exhibiting member of Piedmont Craftsmen, and I look for his work whenever I stop by the gallery.

Relationships like these between craftsmen and customers will be rekindled this weekend at the 52nd Piedmont Craftsmen’s Fair at the Benton Convention Center.

“For me it’s all about the connections,” said Deb Britton, Piedmont Craftsmen’s fair manager and membership-services coordinator. “We know that our exhibiting members make beautiful, wonderful things. But what makes them really special, at least to me, is that when I buy something from someone at the fair, a member of Piedmont Craftsmen, that person is somehow always attached to the object, whatever it is, so that when I eat my cereal out of a bowl that was made by someone I know, when I wear a pair of earrings, when I wear a scarf woven by someone who’s been a friend 20 years or more, it just means more to me.

“The thing that’s unique about Piedmont Craftsmen, we were founded not just by makers of fine craft, but also by lovers of fine craft and collectors of fine craft who understood the relationship between process and product and valued the connections that existed between the maker, the process, the work and the collector.

“We work at building that relationship,” Britton said.

Jody Ochs, a jewelry maker from Weaverville and an exhibiting member, said in an email that a woman came up to her booth once at a busy show and said, “I just want you to know that every time I am feeling really low, I get on the computer and go to your website. It makes me smile, touches my heart and I feel better.”

“It surprised me, and I have thought about it many times over the years. I’ve always wished she had stayed in my booth longer so I could have learned more about her. I would have loved to find a way to make sure she could have one of her own (pieces of Och’s jewelry), if the case was that she couldn’t afford one. And if it was just that it inspired her by watching me grow in my work and evolve, that would — and has — warmed my heart.”

Patti and Bob Stern, both exhibiting members, create pieces by using architectural antiques and found objects that are often whimsical “because of life, the world and people like to smile.” They used to sell wholesale, then retail. Now, they only sell at art shows where they have a chance to meet their customers.

“In a sense, they really buy a piece of us when they buy our artwork,” Patti Stern said.

It’s not unusual for the couple to connect with to their customers.

“They open up their souls to us,” Stern said.

A woman who lived in the Connecticut neighborhood where the Sandy Hook school tragedy occurred visited the Stern’s booth at a Florida craft fair and chose “Hazel,” a cabinet whose hair is made from antique kitchen utensils. Five of the children who were killed had lived in the woman’s neighborhood.

“‘She said, ‘We want something happy to bring smiles back to our neighborhood,’” Stern recalled.

On another occasion, a woman told her that her two daughters and ex-husband had died in a private plane crash just two months before.

“She told me later she felt a connection to me,” Stern said. “She just felt that she wanted to share this with me. I held her. I said, ‘Tell me about your daughter.’”

“I said, ‘You’re not going to believe this: We have a piece in the back of our booth made out of a violin case named ‘Viola,’” Stern said. “I opened up the violin case, and all we have inside of it is a heart made out of antique tin ceiling.” Stern offered to fill the violin case with mementos of the woman’s daughters and told her, “I want you to have a special place you can go so you can open this up and visit with your daughters.”

“It’s become very meaningful to me to continue to make people smile, and my husband feels the same way,” Stern said.

Collector Pam Pryor Grace, a supporting member of Piedmont Craftsmen since 2007, said in an email that she’s discovered the joy of wearing hats made “in the great millinery tradition of Tatiana Rakhmanina.”

“I have affectionately become known as ‘The Hat Lady,’” she said.

“I have always loved accessories but could never find a hat that fit my head until I came to know fiber artist Tatiana Rakhmanina. These hats are expertly made, uniquely designed, incorporating textures, materials, colors, accessories and, of course, that signature hat pin!

She purchases at least one of Rakhmanina’s hats per year — sometimes more, and also gives them as gifts.

“I look forward to the fair each year in great anticipation of the next artistic head piece to add to my growing collection,” Grace said.

B.J. Buckland, a board member, has volunteered for many years, including in jeweler Nell Chandler’s booth.

“You get a chance to meet and talk with the artists and get to know them,” she said.

Buckland said that her husband, Mike, asked Chandler to create a unique bracelet that symbolized a saying that was important to the couple, who’ve been married 38 years: “I love you more.”

“It is without a doubt the most romantic gift he has ever given me,” she said. “It makes me smile whenever I put it on.”

Mike said that he had spent hours online trying to find the specific charms he had in mind. Then he asked Chandler if she could craft it.

“I didn’t know her well, just asked her to do that,” he said. “She was gracious to do it. We will certainly make sure we see her at this fair. B.J. will be sure she wears the bracelet.”

Jane Doub is the Piedmont Craftsmen president and CEO. She is also a fabric artist. She sees the connection with the customer as part of her creative process.

“For me, it’s that need to create,” Doub said. “It’s the need to work with my hands, to have a concept and see it fulfilled. And then it is that second part. It needs someone else to say that touches something in their soul and they want to take whatever the energy, attitude, spirit or peace it’s created. It becomes part of them at that point.”