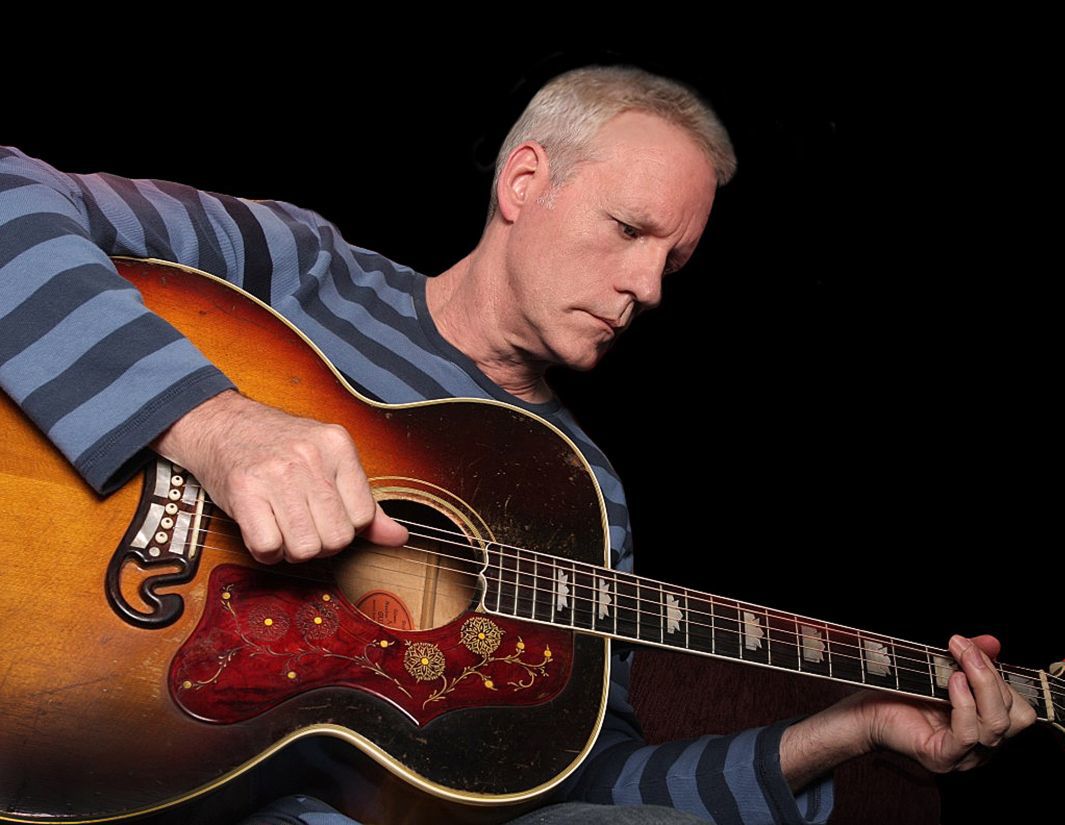 Rod Abernethy will perform at The Ramkat’s Gas Hill Drinking Room on Dec. 12 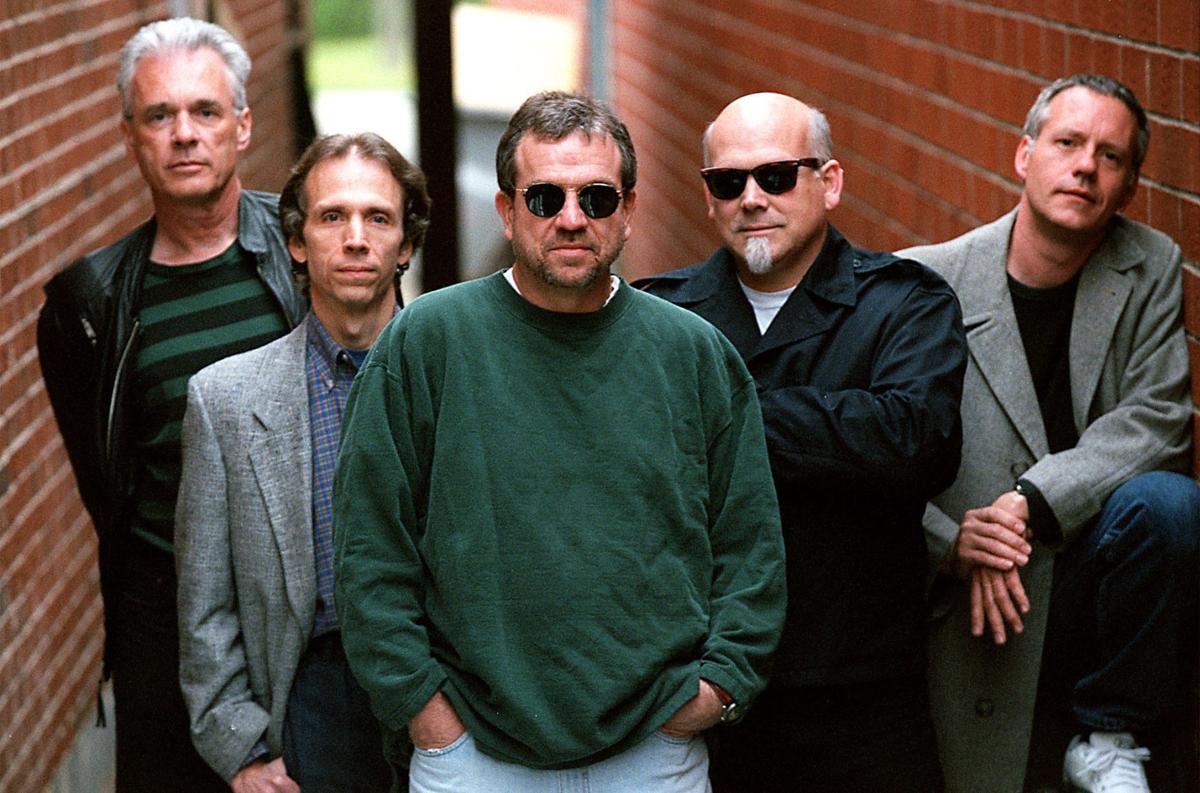 Rod Abernethy (back right) reunited with Arrogance in 2015. Don Dixon is first from the right.

Rod Abernethy will perform at The Ramkat’s Gas Hill Drinking Room on Dec. 12

Rod Abernethy (back right) reunited with Arrogance in 2015. Don Dixon is first from the right.

Find a playlist of Rod Abernethy tunes on Spotify, and you’ll swear after a song or two that the streaming service has hit a glitch.

Abernethy’s 45-year music career has been marked by reinvention, with left turns into folk rock, power pop, prog rock, soundtrack scores and most recently, a return to folk music, a sort of musical homecoming for a musician who may be best known for his ace guitar work with Arrogance, a beloved North Carolina band that also included Rob Kirkland, a Winston-Salem native, and Don Dixon.

Abernethy will be at Gas Hill Drinking Room (the bar above The Ramkat) on Dec. 12, playing songs from his 2018 album, “The Man I’m Supposed to Be,” which Dixon helped produce.

It’s an album of folk songs filled with reflection and wisdom from a lifelong artist looking back at roads taken and not taken.

”I tried to find my way through the jungle of L.A., walking miles of broken dreams down Melrose Avenue/ Promises were made, there was little I could do/ I came back to Carolina to make my dreams come true,” Abernethy sings in the autobiographical “Carolina Roads,” a look back at some of his dashed dreams of rock stardom. Dejection gives way to contentment with a grateful Abernethy overjoyed that the girl of his dreams continues to ride shotgun with him down Carolina roads.

Abernethy has taken a fascinating musical journey to get to this point. After leaving Arrogance in 1981, the Forest City native rechristened himself Rod Dash and joined Glass Moon, a prog rock band that enjoyed some success. From there, Abernethy, still sporting the name Rod Dash, headed to Los Angeles.

He aligned himself with Paul Rothchilld, a legendary producer most known for his work with The Doors.

“I met him through a few friends, and we went around for a year trying to get a record deal for Rod Dash,” Abernethy said recently.

With his music career stalling, Abernethy reluctantly decided to try out for “Star Search,” a talent show popular in the 1980s that was a precursor to “American Idol.”

He made it deep into the contest before losing on national TV.

“That night, I went to Paul’s house, and he said, ‘You know, Rod, no record company is going to want to sign you now that you’ve lost in front of 10 million people,’” Abernethy recalled.

Shortly after, he began managing a studio in Raleigh, which gave him the chance to compose music for commercials and corporate films. It opened a new musical direction for Abernethy — composing music for video games. When first approached about writing music for the genre, Abernethy demurred.

“I was like, ‘I don’t want to do that bleep, bleep, bleep, stuff,” he recalled, mimicking the sound of old-school video games. “But they told me that it wasn’t like that anymore, that the music rivals films. And I started writing game score after game score, working with orchestras around the world.”

Credits include The Hobbit, Marvel VS, two Star Trek games and Star Wars Triology: Apprentice of the Force. He’s also had music featured on Spongebob Square Pants, Futurama and Dateline; written music for movie trailers and scored films. His score for Dead Space for Electronic Arts won a BAFTA Award (the British equivalent of an Oscar) in 2009 for best video game soundtrack

Abernethy, who studied music at UNC Chapel Hill, wrote his music using computer software, composing sweeping scores that correspond to the action on the video-game screen. Dark and foreboding sounds can give way to triumph and glory, depending on the player’s actions.

“Film is a linear thing,” Abernethy explained. “In video games, things always change, and the music needs to change with it.”

In all his years working on video games, Abernethy was never too far from an acoustic guitar. Though he wasn’t writing songs, he was practicing, finding inspiration from such acoustic guitar gods as Michael Hedges, John Fahey and Leo Kottke.

About his six years ago, he felt the tug to perform.

“I always wanted to get back to it, but I didn’t know how,” Abernethy said. “I just bit the bullet and said, ‘OK.’”

Abernethy became affiliated with Folk Alliance International, a network of folk musicians, fans and music industry professionals, who promote folk music. That association has given Abernethy exposure within the folk world, and he’s been one of the featured performers at the alliance’s conferences around the country.

For the recording of “The Man I’m Supposed to Be,” he tapped Dixon, his old bandmate in Arrogance, to help produce. Dixon also produced Abernethy’s 1975 solo album, simply entitled “Solo.”

The two have stayed in touch through the years.

The album reached No. 9 on the Folk Alliance International’s album charts.

The album forced Abernethy to re-engage with some long-dormant songwriting muscles. He hadn’t written lyrics, for example, in years.

“I did wonder if I could get back to it. That stuff I was writing for rock bands in the ‘80s was more hook-driven, so when I started writing again, I was writing like that,” Abernethy said. “Friends told me that I needed to go more in-depth and tell a story. It’s taken me a couple of years to get into that frame of mind.”

In November, Abernethy won American Songwriter’s Bob Dylan Song Contest for his interpretation of “Oxford Town,” one of Dylan’s lesser-known, early songs. The contest asks people to re-interpret a Dylan song, and draws entries from around the world. The magazine praised Abernethy’s “fiery guitar licks” and “tight and percussive rhythm.”

Abernethy has written a few songs for a new album that he hopes to release in 2020. Neilson Hubbard, who produced Mary Gauthier’s Grammy-nominated “Rifles & Rosary Beads,” is set to produce.

“I have new songs that are even more in-depth, one I wrote for my dad, and a few political-driven songs,” Abernethy said. “That’s a new direction for me but I’ve got to tell people what I’m thinking. There’s too much going on right now.”

What: Rod Abernethy with Doug Baker