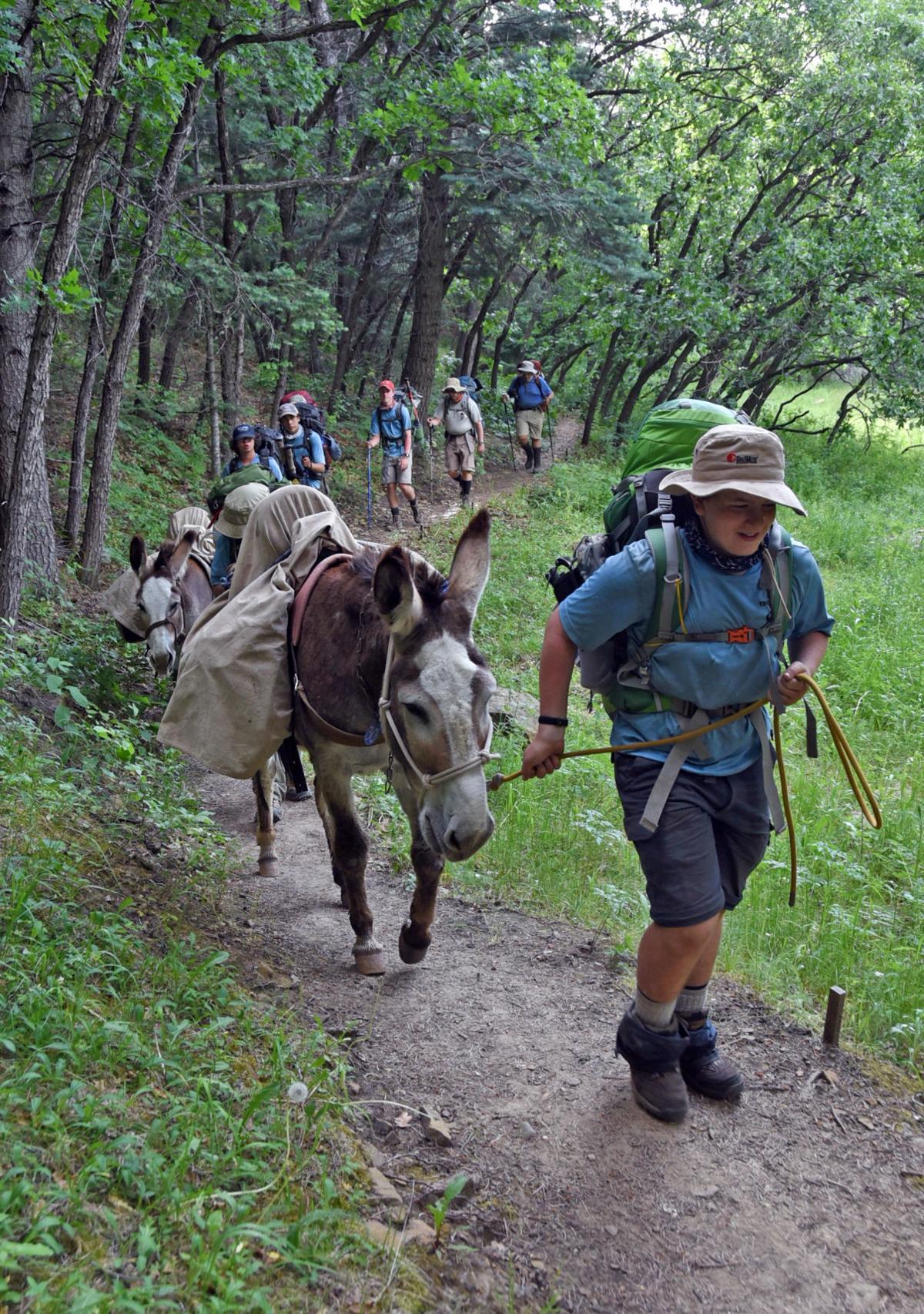 Jack Rauschenberg of Troop 749 in Winston-Salem leads a burro between camps at Philmont Scout Ranch. 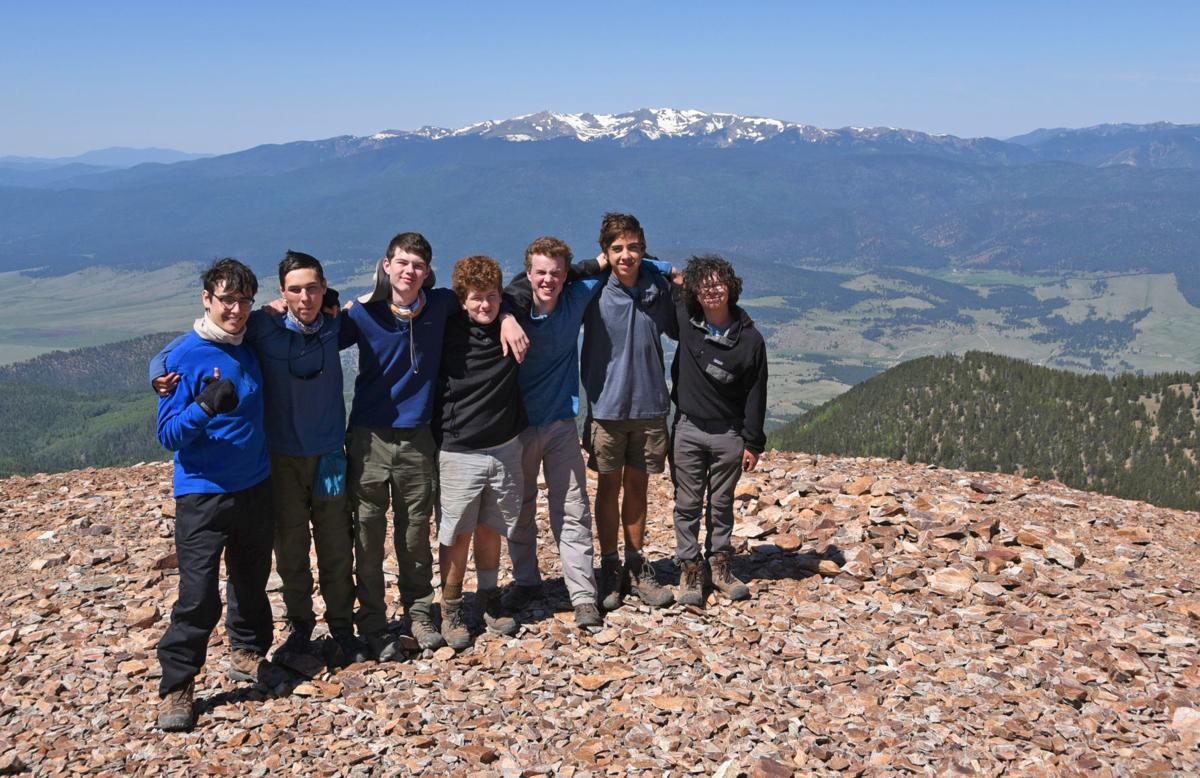 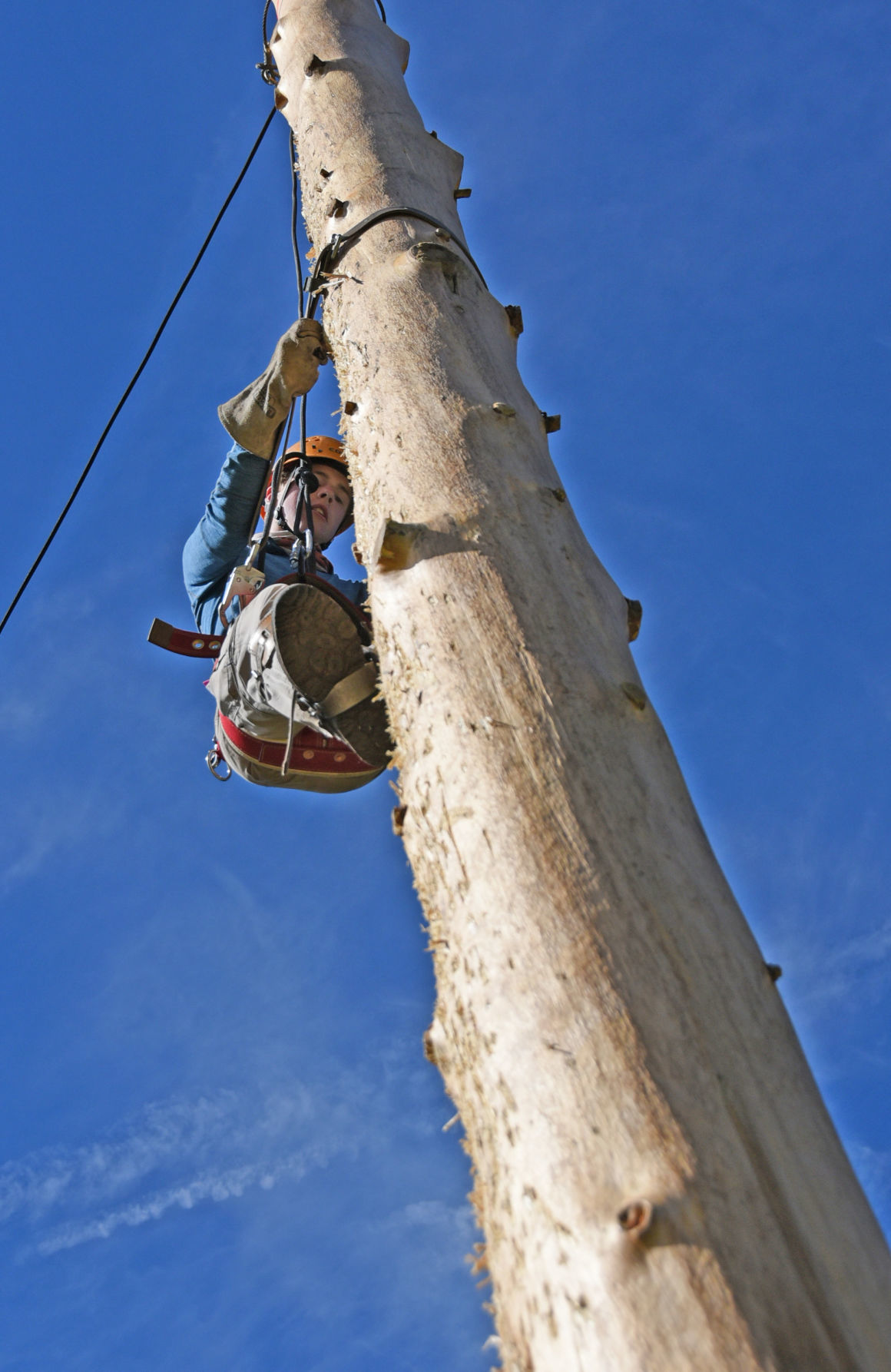 Jack Rauschenberg of Troop 749 in Winston-Salem leads a burro between camps at Philmont Scout Ranch.

Scouts from across the country have returned to Philmont Scout Ranch in Cimarron, N.M., a year after wildfires closed the high adventure base for the first time in the camp’s 81-year history.

Philmont was founded as Philturn Rocky Mountain Scout Camp in 1938 when oilman Waite Phillips donated the first of two land gifts of his summer retreat to the Boy Scouts of America.

Today the camp comprises 220 square miles in the Sangre de Cristo chain of the Rocky Mountains. Land-use agreements with neighboring properties give scouts access to an additional 170 square miles for a total of 390 square miles. By comparison, Forsyth County is 413 square miles.

According to Philmont, more than 24,000 participants are expected during this year’s 11-week summer season with 350 participants arriving and 350 departing each day. Thirty-five hundred are on the trail at any one time. Itineraries range from 53 to 85 miles of backpacking over 12 days, but participants routinely cover an additional 50% or more miles while hiking to program areas, fetching water, picking up food at regional commissaries, putting up and retrieving bear bags and visiting the latrine.

Program activities are focused around the history of the area including gold mining and panning, ranching and homesteading, blacksmithing, timber harvesting, railroading, horseback riding, burro packing and Native American living. A treat for almost every crew is a visit to a saloon in the North Country or adobe cantina in the South Country flowing with cold, sweet root beer.

All participants are required to complete three hours of conservation work such as trail building or timber-stand improvement to earn the coveted arrowhead patch.

Climate at the ranch varies from arid, desert canyons populated by cactus, Indian paintbrush, scrub oak bushes and Ponderosa pine to high mountain valleys covered in aspen and Douglas fir. Snow is often found in higher elevations well into July. The Ponil complex fire in 2002 and the Ute Park fire in 2018 have dramatically changed the landscape in those regions. The latter fire closed the ranch for the entire 2018 season. During a meeting with crew advisers, a Philmont official said hiking in the area of the Ute Park fire will be prohibited for three to five years because of the risk of falling trees and potential for flash floods in deforested areas.

The base emphasizes the importance of youth-led crews, with adults serving only as advisers and not in direct leadership roles.

Sam Pearsall, 16, is a former senior patrol leader of Troop 749 in Winston-Salem and a crew leader for one of two crews from the troop on their 67-mile itinerary.

“I had always heard Philmont was the pinnacle of Scouting experience,” Pearsall said.

“I was surprised by the constant natural beauty. I have never seen that much natural beauty condensed into one space — the mountains and cliffs, the flora and the fauna.”

“The trek taught me that I can do anything I put my mind to. Two weeks in the backcountry is extreme, but it takes teamwork. I could not do it without my friends.”

Pearsall said the timber-harvesting activities at the base’s Pueblano camp and burro packing — leading a donkey packed with food and gear over a two-days hike — were among his favorite activities.

“Spar-pole climbing (climbing a 35-foot logging pole with spurs and a safety belt) was just incredible. It was a huge adrenaline rush. I was so excited I never really got to look around when I reached the top,” he said.

“Honestly, one of my favorite memories was spending time together with my friends, laughing after a long day of hiking.”

“I feel we have a stronger bond than ever. Before we would spend a weekend camping together, but this forced us to spend 12 days together. We were friends before, but now we are brothers.”

Oliver said that his crew of seven scouts and three advisers had been planning for their trek for about two years with training trips to Grandfather Mountain, Uwharrie National Forest and the Appalachian Trail.

“Philmont is quite literally Scouting paradise,” Oliver said, a phrase taken from the Philmont hymn.

“My dad (Herb) has always loved the outdoors but was never a scout, so to do it with him was super special.”

The Greensboro crew hiked Philmont’s most challenging trek at 85 miles.

“It was hard. You don’t want to take it lightly. You have to be prepared.”

“We all like to challenge ourselves physically, so (the longest trek) worked out,” Oliver said. “We had the normal aches and pains and blisters, but there were no mental issues within the group. We learned that we can do whatever we want to do, as long as you put your mind to it.”

Liam Harris, 17, was crew leader of Venturing Crew 27, a co-ed crew in Charlottesville, Va., on their 82-mile itinerary through the base’s North Country.

Harris said his crew was formed because some of the older members of Boy Scout Troop 27 wanted to include their longtime female friends in the experience.

“We are all hardcore outdoors people, so Philmont was something we were drawn to,” Harris said.

“We were super, super enthused about the whole experience,” he said. “We sang in base camp and on the trail.”

“One night at Pueblano we started a game of logger ball, a game like baseball in an overgrown field using trash taped up with duct tape, with four of our crew on each side. By the end of the night there were 30 scouts who had joined in. It just demonstrates how infectious our enthusiasm was,” Harris said.

All three of the crew leaders agreed that hiking Baldy Mountain, the ranch’s highest peak at 12,441 feet, was special.

“You stare at that mountain for days,” Oliver said as he described hiking across the base’s North Country. “It was super special that I could hike it with my dad.”

“Climbing Baldy was one of those things you had to overcome,” Pearsall said, who celebrated the achievement by passing out strawberry Twizzlers to his crew members on the summit.

“It was very challenging yet very rewarding. And the views of the surrounding mountains were just gorgeous,” he said.