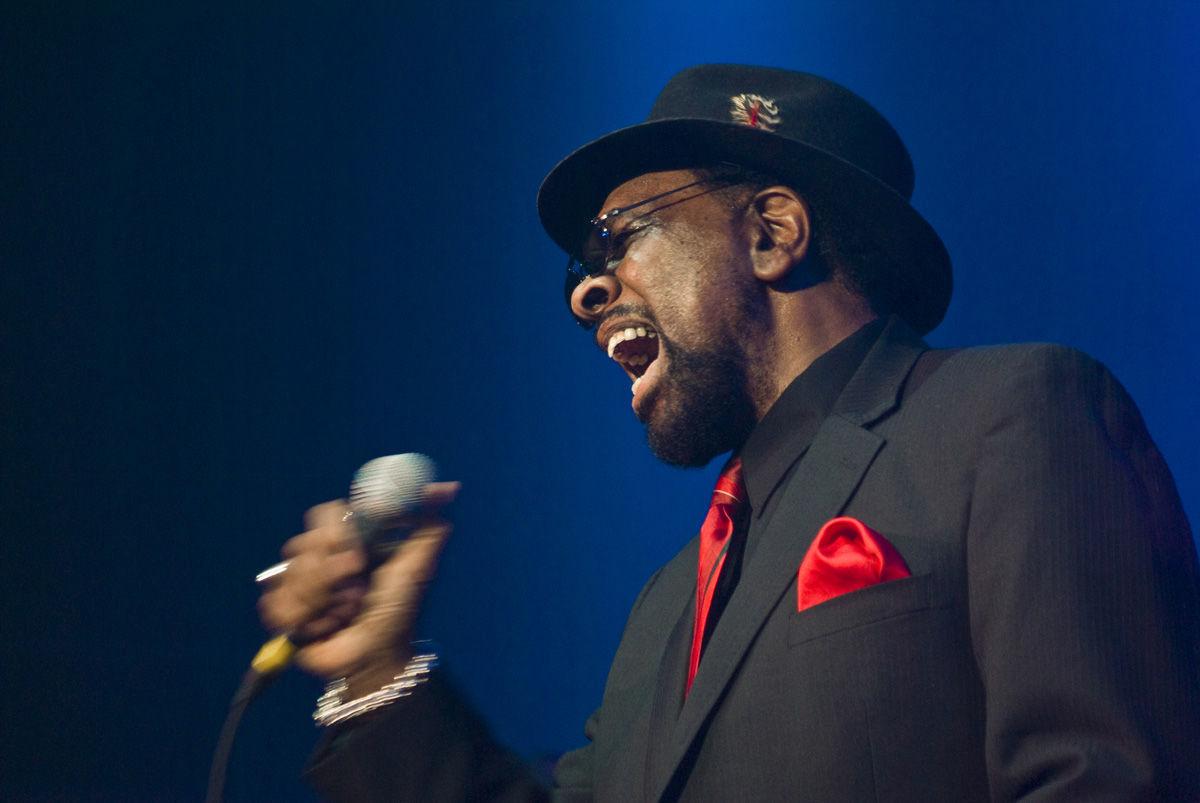 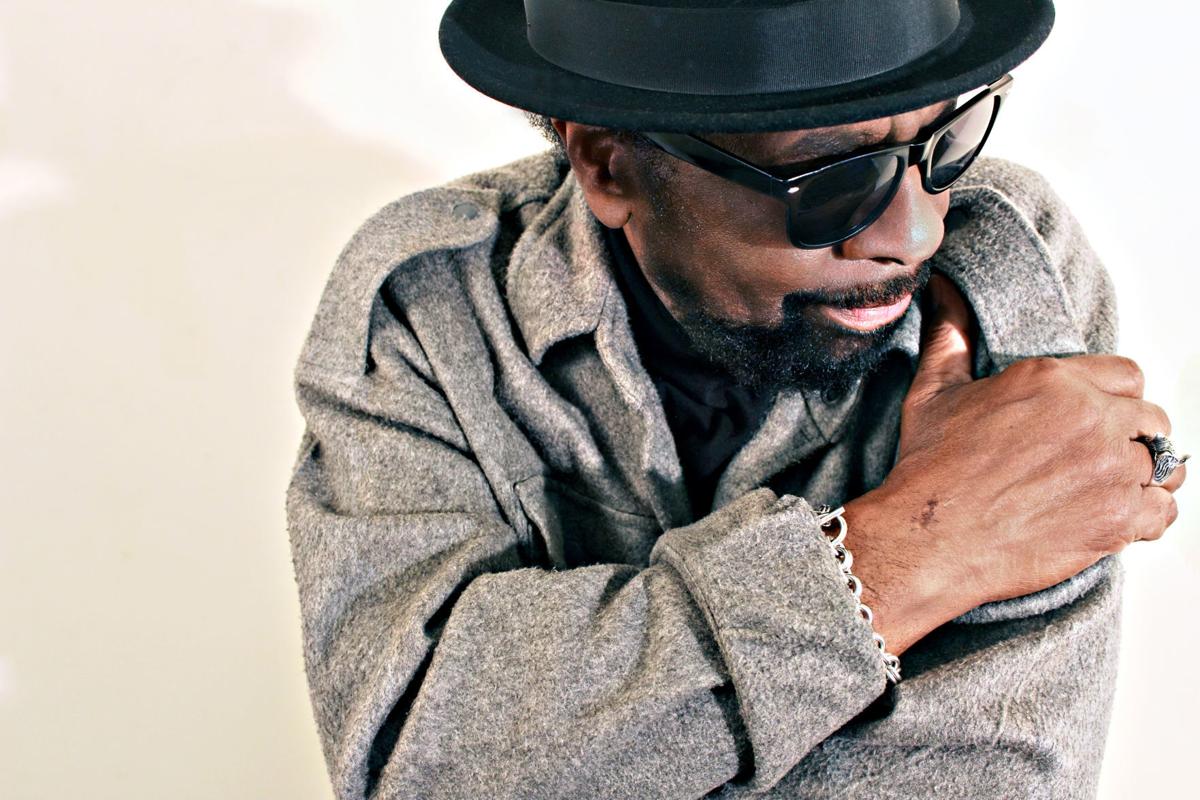 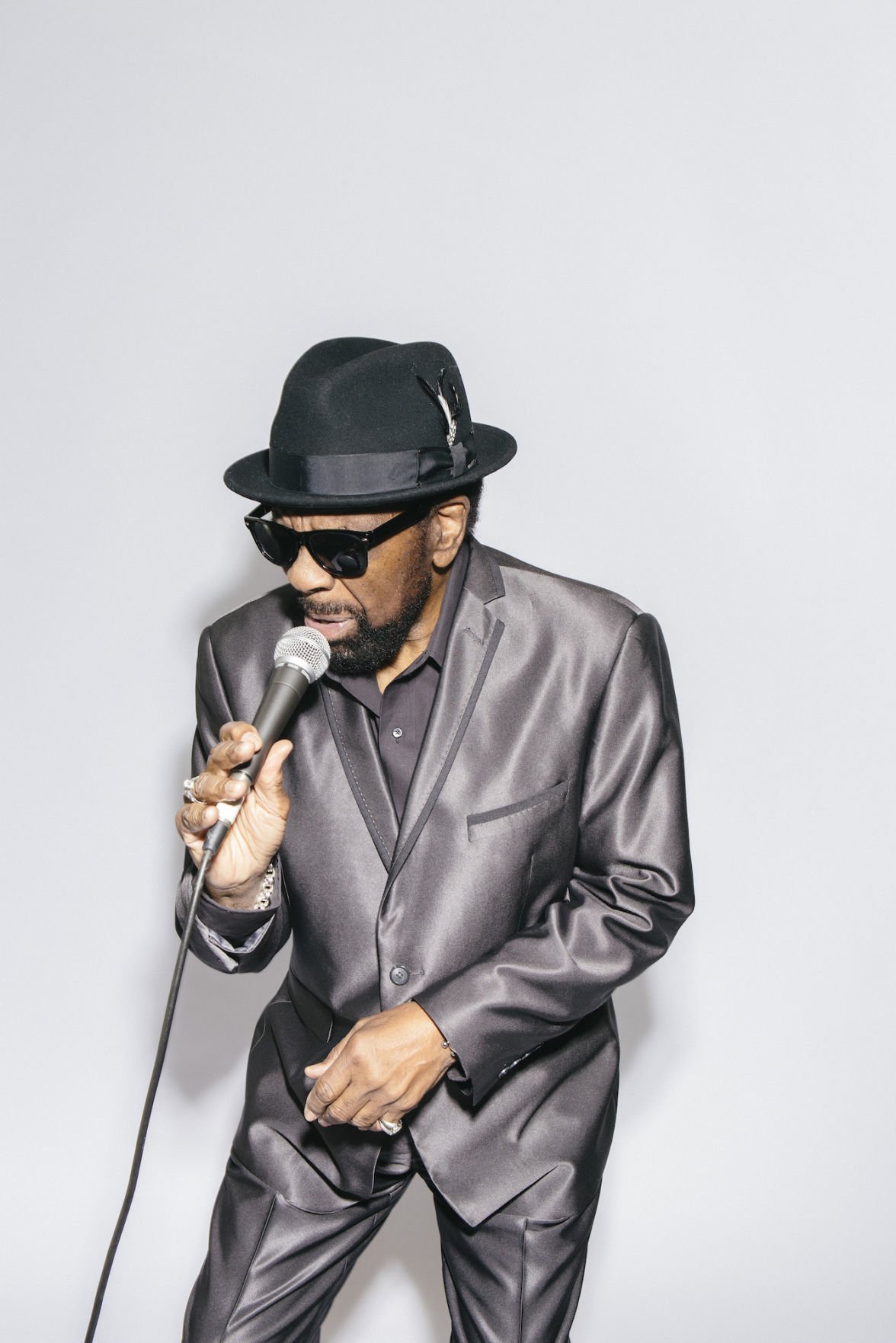 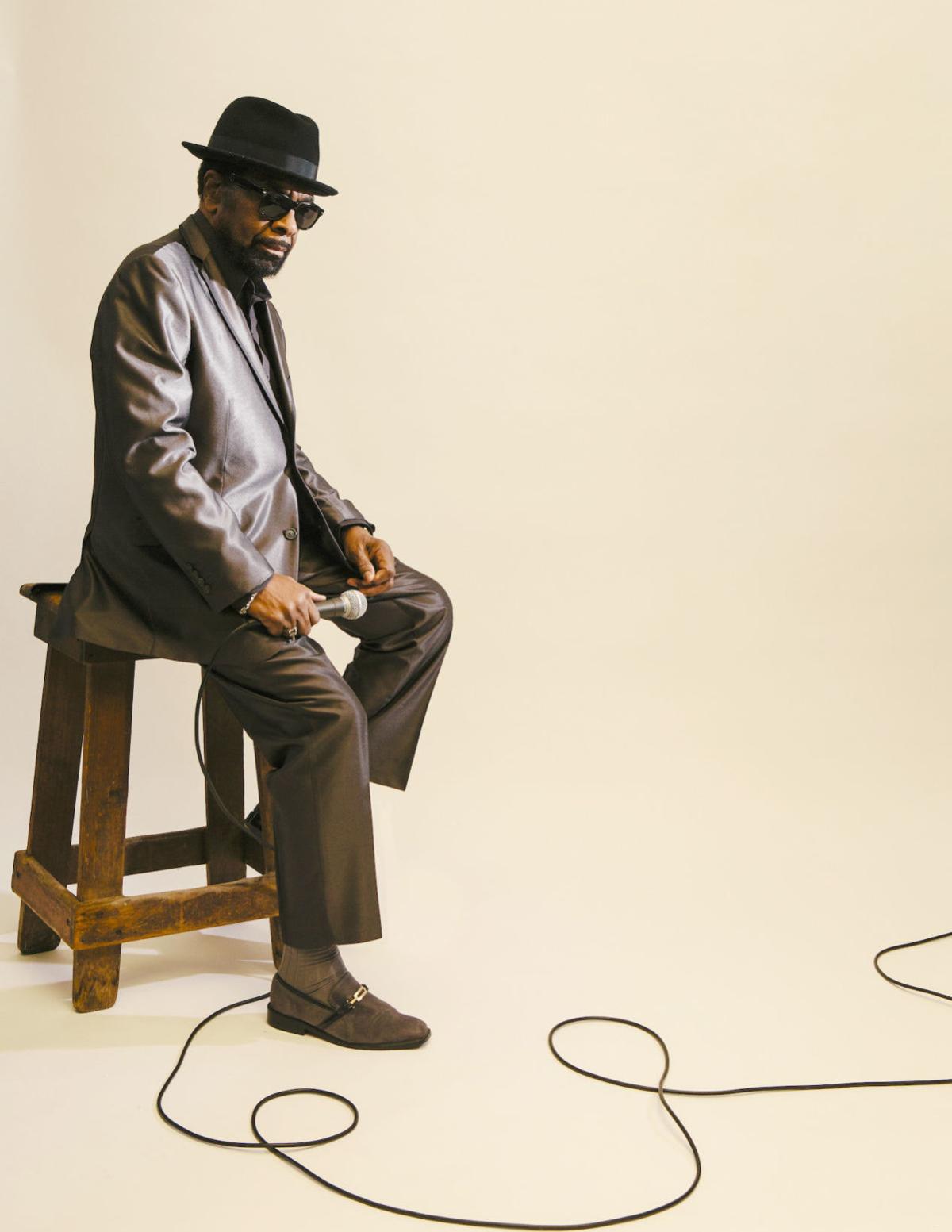 William Bell’s recordings of his songs leave little room for improvement, but plenty of room for interpretation. R&B classics like “You Don’t Miss Your Water” and “Born Under a Bad Sign” resurfaced in versions by everyone from Otis Redding and Cream to the Byrds and Peter Tosh.

“I write about truths,” Bell said from his home in Atlanta. “No matter what genre of music you go into — whether it’s country, pop, R&B, or even gospel — I just think it’s music that people can relate to.”

He’s still going strong at 80, with his career hitting new heights in the wake of his acclaimed 2016 album, “This is Where I Live,” which earned Bell his first Grammy award. He will perform Saturday at The Ramkat. June Rise, a local band that blends country and R&B influences, will open the show.

Bell grew up in Memphis and was one of the first artists signed to that city’s Stax Records, the legendary soul label that brought the world Redding, Sam and Dave, Booker T and the MG’s, Rufus Thomas and Albert King. Peter Guralnick wrote about Bell in “Sweet Soul Music,” calling him “Perhaps the most underrated of all the major soul singers.”

Like most soul singers, Bell got his start in church. As he progressed into high school, he sang at sock hops and fundraisers for school football uniforms. When he won the Mid-South Talent Contest, he started thinking seriously about a career as a singer. But his family had other plans.

“My mom and all the family wanted me to become the first doctor in the family,” Bell said.

He joined a vocal group, the Del Rios, who sang backup for Thomas. Stax producer Chips Moman brought the group in to back Thomas’s daughter Carla on “Gee Whiz,” a Top 10 hit in 1961. When two members of the Del Rios got drafted into the military, Moman asked Bell about recording some solo songs for Stax.

He brought the label a great one. Bell wrote his first single, “You Don’t Miss Your Water,” while on tour with the Phineas Newborn Orchestra.

“We were in New York and we had a couple of days off,” he said. “I was in the hotel room and it was raining that night. I was missing home, missing the girlfriend, and all that stuff.”

The single helped Bell land lucrative college gigs in cities like Baton Rouge and New Orleans. He performed at Harlem’s Apollo Theater for the first time and did a short tour with Winston-Salem’s “5” Royales. Then the U.S. Army came calling.

Bell served a little time in Vietnam early in the war, rescuing wounded soldiers from helicopter crews trapped behind enemy lines. Once the Army found out about his skills as an entertainer, he spent part of his hitch boosting morale by directing choral units. By the time Bell returned to Memphis in the mid 1960s, Stax artists such as Redding and Sam and Dave had become stars.

“I came out the lowest man on the totem pole, so I had to play catch-up,” Bell said.

He asked Stax co-founder Jim Stewart for time to get up to speed before he started making records again.

“They gave me two or three songs that other writers were doing, but nothing really clicked,” Bell said. “I asked Jim if could just kind of glue my ears to the radio and find out what was happening musically back stateside. So I wrote a song called ‘Everybody Loves a Winner,’ and that was the first song that charted for me.”

The wistful ballad set Bell’s impassioned vocals against an understated backdrop of piano, strings and horns, and hit the Top 20 of the R&B charts in 1967. It became the opening track on Bell’s first album, “The Soul of a Bell,” released that same year. Bell and Booker T. Jones collaborated on “Born Under a Bad Sign” in 1967 for Stax’s resident blues singer, Albert King.

“I sung it for Albert and he loved the idea,” Bell said. “It was back in the time when everybody wanted to know what your Zodiacal sign was.”

Bell became close friends with Redding as the singers played a string of shows together before Redding’s death in a plane crash at the end of 1967.

“We were competitive on stage, but off stage we were good friends,” Bell said.

After Redding’s death, Bell honored him with the single “A Tribute to a King.” It was the first in a series of Top 20 R&B hits that also included “I Forgot to Be Your Lover” and a couple of duets with Judy Clay, “Private Number” and “My Baby Specializes.”

After Stax imploded in the mid 1970s, Bell moved to Atlanta and started his own record label, Peachtree Records. There he produced artists such as Johnny Jones and Millie Collier. Mercury Records convinced him to return to making his own records in 1976, and the sessions yielded “Tryin’ to Love Two,” Bell’s first No. 1 R&B hit and Top 10 pop hit.

A followup single, “Easy Comin’ Out (Hard Goin’ In),” hit the R&B Top 40 and has become a favorite shagging song among beach music fans in the Carolinas and Virginia. The song got a lot of play at Studio 54, the legendary New York disco.

Bell also pursued a career as an actor in the ’70s, playing Stanley Kowalski in a stage version of “A Streetcar Named Desire” and appearing in a movie, “Together for Days,” best remembered as the screen debut of Samuel L. Jackson. Bell wanted to keep making movies, but he had no interest in the kinds of roles available to him in the era of blaxploitation movies such as “Shaft” and “Foxy Brown.”

“Every time I got a script sent to me, they wanted me to become a pimp or a hustler,” he said.

Bell founded another record label, Wilbe, in 1985. Not long afterward he was inducted into the Georgia Music Hall of Fame and honored by the Rhythm & Blues Foundation with its R&B Pioneer Award. One of his 1968 hits, “I Forgot to Be Your Lover,” got a new lease on life with cover versions by English rocker Billy Idol in 1986 (renamed “To Be a Lover,” and a Top 10 hit) and more recently by American R&B singer Jaheim.

Roy Roberts, a veteran R&B singer and guitarist from Greensboro, has performed with Bell in the past few years, including tours of the United States and Japan.

“He’s one of the real nice guys,” Roberts said. “Treats you nice. He takes care of business for you, man. I really like working with him.”

Bell’s profile has risen again this decade, beginning with “Take Me to the River,” a 2014 documentary about the Memphis music scene that prompted the revived Stax label to approach Bell about making a new album. A long-time fan, Grammy award-winning producer John Leventhal, talked to Bell about working together. Leventhal has produced albums for Rodney Crowell, Shawn Colvin, Joan Osborne, Jim Lauderdale and Rosanne Cash, Leventhal’s wife. Leventhal got his start in music playing songs by Bell and others in a New York R&B band.

“He said that I was one of his favorite Stax artists,” Bell said.

They recorded “This is Where I Live” in New York, with Leventhal playing many of the instruments himself.

“We didn’t really want to try and reinvent the wheel on the Stax sound,” Bell said. “We wanted to keep some of the ingredients of it: that good lyrical content and good melodic structure and all of that, and use some up-to-date horn lines.”

The result is one of Bell’s finest albums, a mix of new classics such as the uptempo title track and ballads like “The Three of Me” and “The House Always Wins,” along with a smoldering remake of “Born Under a Bad Sign.” Jon Young reviewed the album for Paste: “‘This is Where I Live’ would make a fitting coda to Bell’s distinguished, under-celebrated career, but hopefully it’s the start of a new chapter instead.”

He will perform a mix of classics and songs from “This is Where I Live” when he performs at the Ramkat, backed by the same group that accompanied him during two 2017 appearances on National Public Radio’s “Tiny Desk Concerts,” the Total Package Band from Atlanta. His band leader, Tyrone Holmes, roomed with sax legend Maceo Parker at N.C. A&T State University in Greensboro.

Bell is also writing songs for a new album, collaborating with younger artists such as the North Mississippi All Stars and Gary Clark Jr. He and Clark performed “Born Under a Bad Sign” together at the Grammy Awards in 2017.

“It was my first Grammy win at age 77,” Bell said. “It gave me a little bit of incentive to stay into it.”

What: William Bell with June Rise