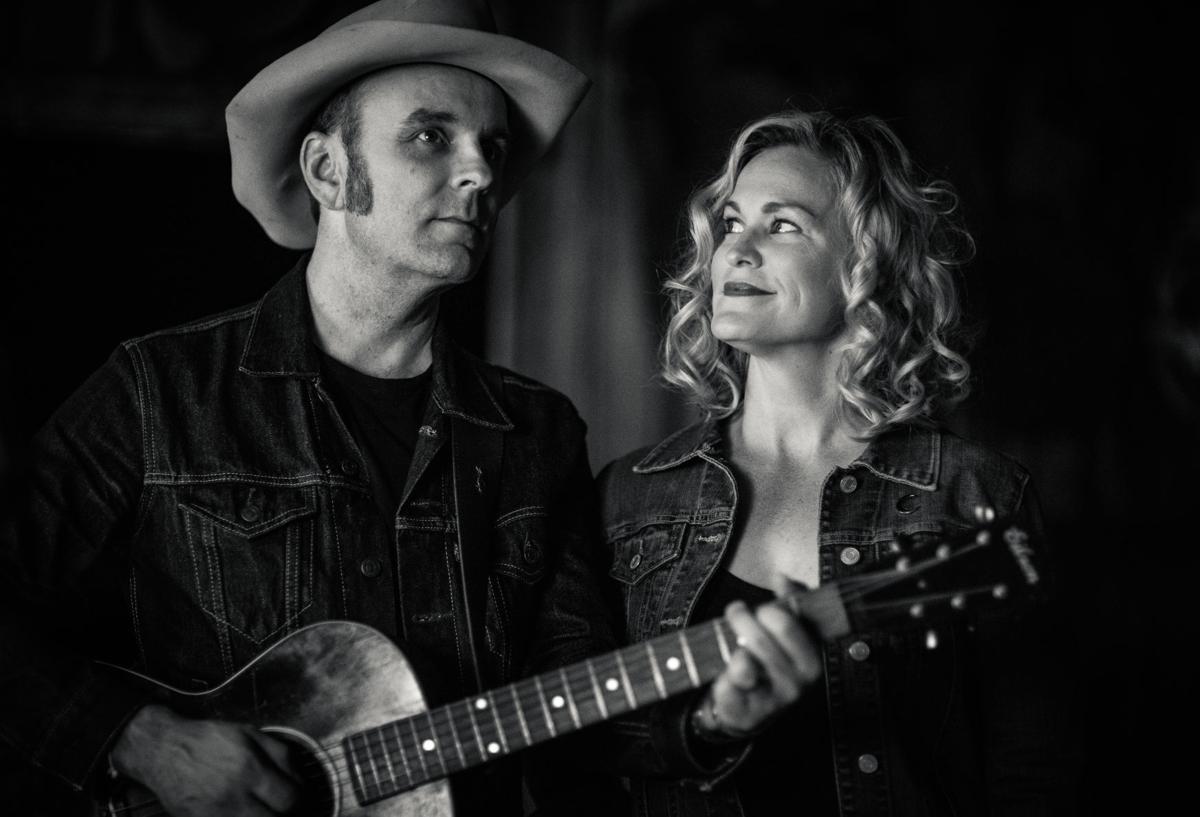 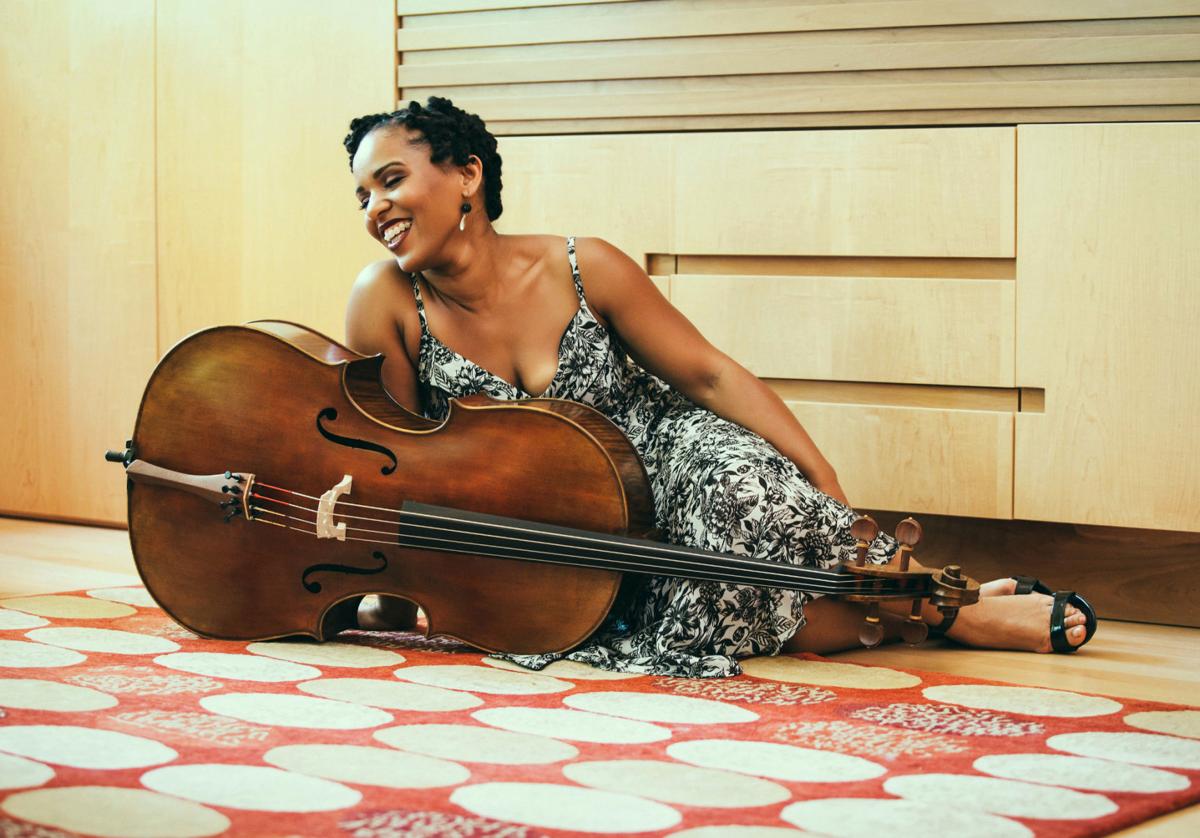 Shana Tucker will play at More Barn in Reynolda Village. 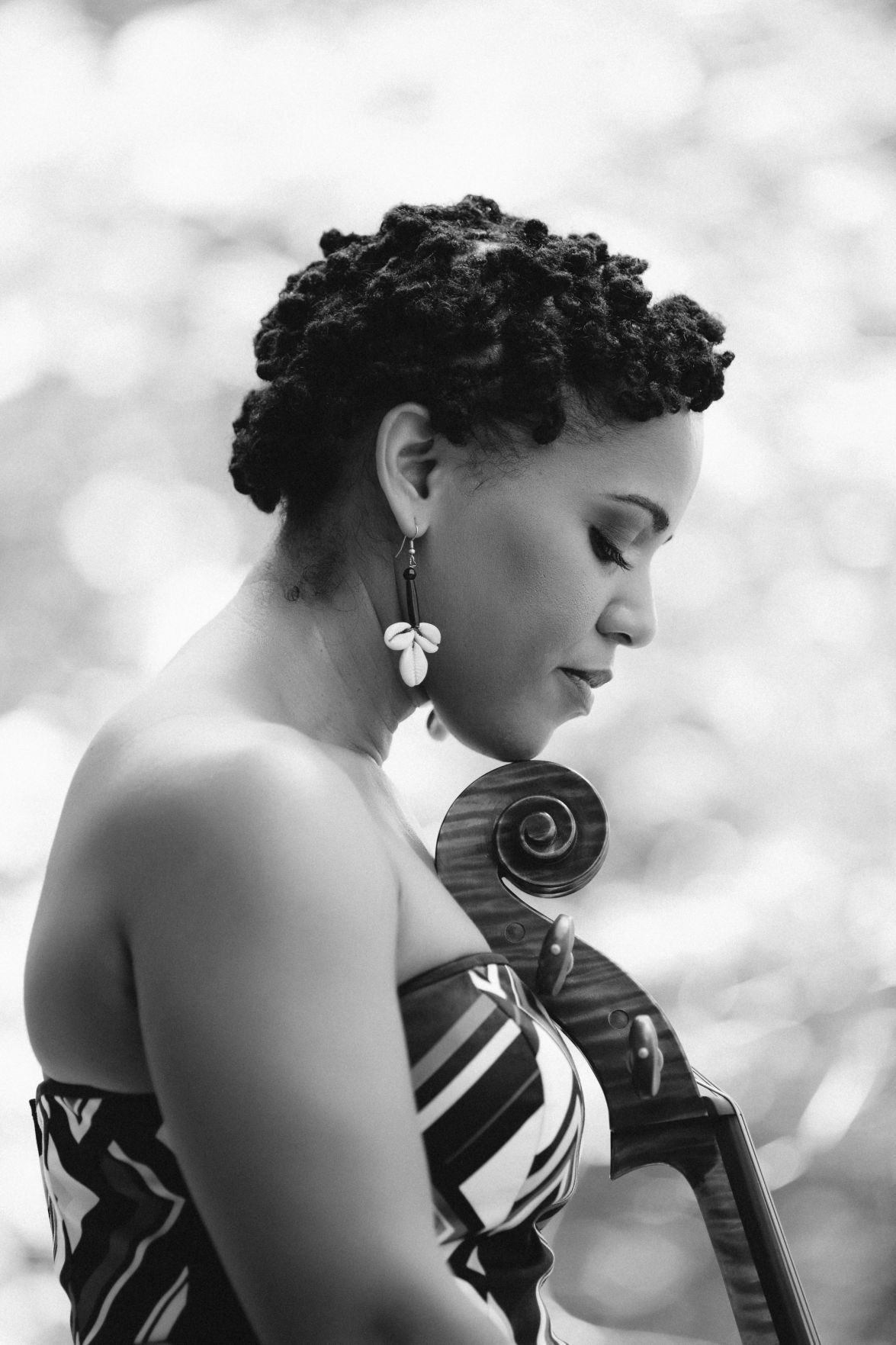 Shana Tucker will play at More Barn in March. 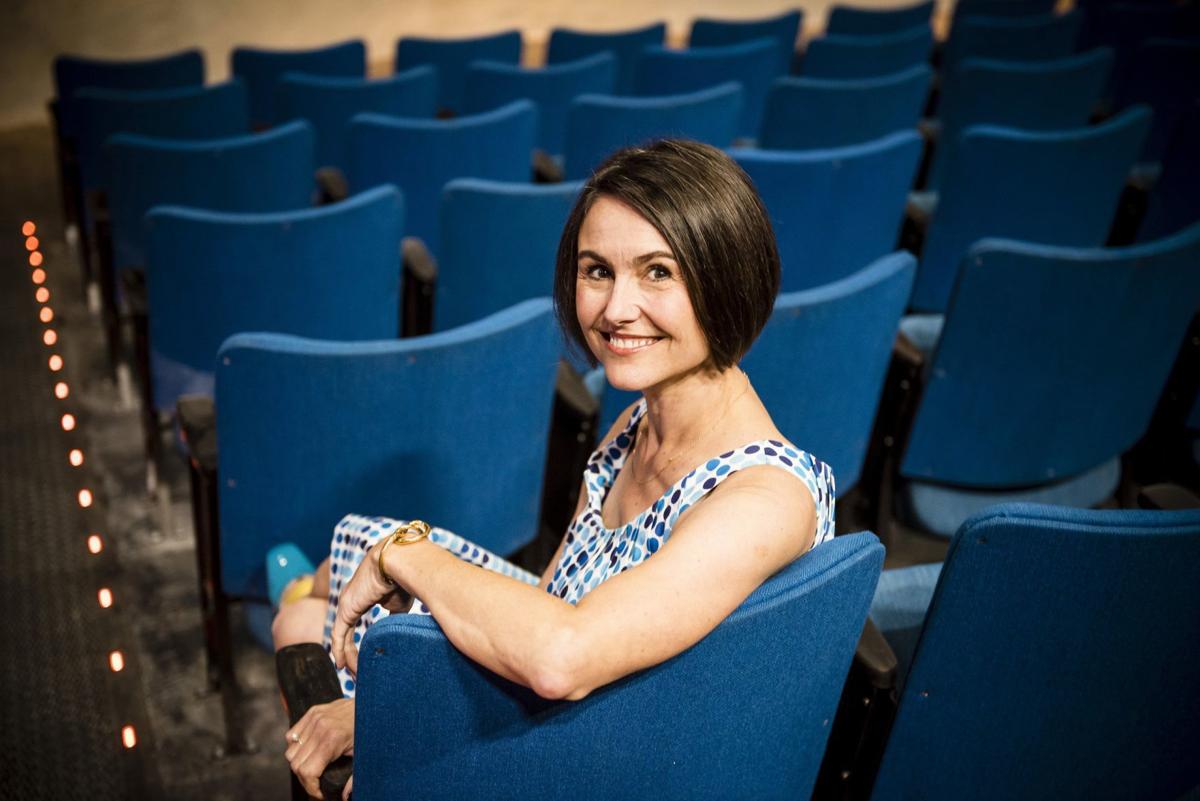 Martha Bassett will perform in the More Barn series. 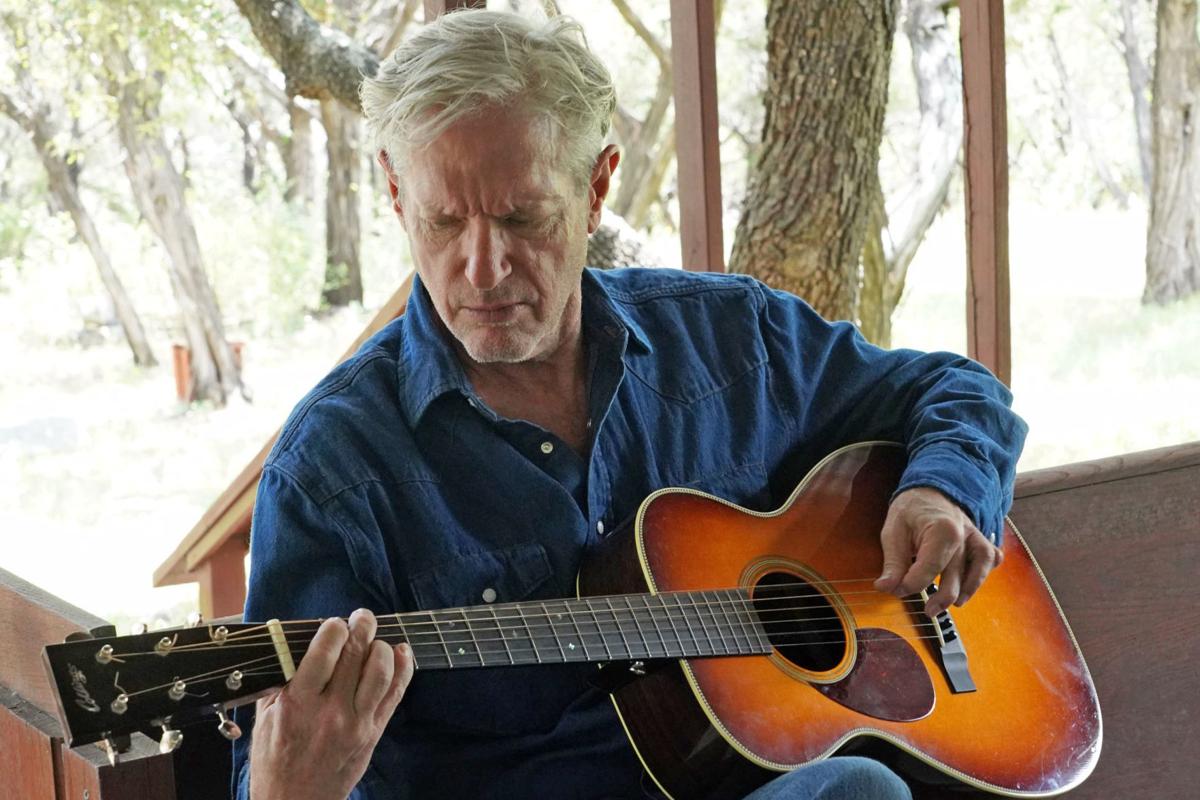 Sam Baker will play at More Barn at Reynolda Village.

Shana Tucker will play at More Barn in Reynolda Village.

Shana Tucker will play at More Barn in March.

Martha Bassett will perform in the More Barn series.

Sam Baker will play at More Barn at Reynolda Village.

More, more, more music coming to the Barn at Reynolda

Shana Tucker had a great gig in Las Vegas with Cirque du Soleil. It paid well and immersed her in an inspiring world of accomplished, talented performers.

“It definitely was a once-in-a-lifetime opportunity,” Tucker said from her Raleigh home. “It’s not often you have the opportunity to work with so many people that are not just at the top of game, the top of their class, but also multi-talented. There are acrobats in the show that were in the Olympics, clowns who were choreographers in their former lives and worked with major dance companies.”

But Tucker, a singer and songwriter who plays cello and guitar, gave all that up and came back to North Carolina to pursue her own music. She will make her debut March 19 in the More Barn series in the Barn at Reynolda Village. Tucker is the lone newcomer in a winter-spring lineup that includes return appearances by Martha Bassett on Jan. 23, Wild Ponies Feb. 27 and Sam Baker and Friends April 16.

Tucker creates a soulful mix of musical styles that draws from jazz, folk, classical pop, R&B and other genres. She “distinguishes herself with calmly resolute, eclectic vocals and similarly eclectic songwriting that span the worlds of jazz, soul music and pensively lyrical chamber pop,” according to New York Music Daily.

She calls her style “ChamberSoul.” Tucker was born in Los Angeles but grew up on Long Island, New York. She studied at Howard University before earning a performance degree from CUNY-Brooklyn College Conservatory of Music. She moved to North Carolina after college and lived and worked in Durham. An NPR interview about her album “Shine” almost 10 years ago led to an invitation for her to join Cirque du Soleil and move to Nevada.

It took her three years in Las Vegas to learn a lesson that continues to inform her music.

“Being in a band where people are playing five days a week, 10 shows a week, and have mastered the process of taking music you’ve been playing for years and making it sound like this is the first time you’re playing it every single time,” she said. “It’s a particular skill set.”

Eventually she knew it was time to think about shifting the focus back to her original creations.

She spent the first half of 2017 immersing herself in the world of West Coast jazz in Los Angeles before returning to North Carolina. Since then she has divided her time between performing, teaching and serving on panels and committees for arts organizations. Tucker hosts a regular jazz concert series in Durham and has collaborated with choreographers for performances at the American Dance Festival. She is artist in residence at the Wortham Center for the Performing Arts in Asheville and recently became an A+ (Arts Integration) Schools Apprentice Fellow.

For Tucker’s performance in the More Barn series, she will lead a quartet that also includes Christian Tamburr on piano, Will Ledbetter on bass and Alfred Sergel on drums — and more.

“They’re all multi-instrumentalists in their own right,” Tucker said. “I don’t exactly know which instruments they will be featuring. One of the reasons I enjoy performing with them is there’s always the possibility that there will be more than one person onstage singing with me.”

Bassett has been a fixture in the Triad’s music scene for years, and she’s about to launch a new season of “The Martha Bassett Show” at the Reeves Theater in Elkin on Feb. 1. Before that, she will make her third appearance in the Barn at Reynolda Village next Thursday, Jan. 23, accompanied by her band.

“It just feels like you’re in somebody’s living room,” Bassett said. “It feels so intimate. Everybody’s sitting at tables with the beautiful candlelight. It feels like a special place to me — so elegant.”

Her latest album, “Hot Pepper Queen,” came out in October. Bassett will perform a mix of songs from that record and her previous albums for the More Barn show.

The husband-and-wife Americana duo first played the More Barn series two years ago, and Winston-Salem is very familiar ground for them. Doug Williams attended elementary and middle school in Forsyth County, while Telisha Williams grew up just across the state line in Martinsville, Va.

They also got an early break performing at a legendary, sadly defunct Winston-Salem music club.

“The Garage is one of the first places we ever played as far as a professional venue, like a legit place that touring artists played,” Telisha said from Austin, where she recently attended a retreat for women songwriters. “So when we get back to Winston, it feels kind of like where we all started.”

The couple performs regularly and hosts a weekly radio show in Nashville. They just launched a new podcast called “Long Ride,” featuring performances and interviews with other artists, from Will Kimbrough and Grant-Lee Phillips to Jim Lauderdale and Kim Richey.

The Willamses and Bassett both singled out sound engineer Brian Doub for his work during shows in the Barn at Reynolda Village. They also love the venue’s intimate sound and feel.

Singer-songwriter Sam Baker will make his second More Barn appearance April 16, a year after his series debut. Once again Bassett and members of her band will back him during his performance.

The songwriter, based in Austin, Texas, offered a mix of haunting songs and hilarious anecdotes in his April 2019 performance in the Barn. He became a professional musician after years of recovery from a terrorist bombing while he was a tourist in Peru in the 1980s.

Baker released his first live album, “Horses and Stars,” after his Winston-Salem appearance in 2019.

“It’s a solo record,” he said. “It’s a live show in Buffalo, New York. The guy running sound did such a beautiful job of doing a sound capture. When I do studio records, it’s a pretty obsessive thing. I never really thought I’d be doing a live album, but here it is.”

All concerts are at  The Barn at Reynolda Village, 2201 Reynolda Road.

Tickets and info are at  www.reynoldavillage.com/morebarn

What: Sam Baker and Friends