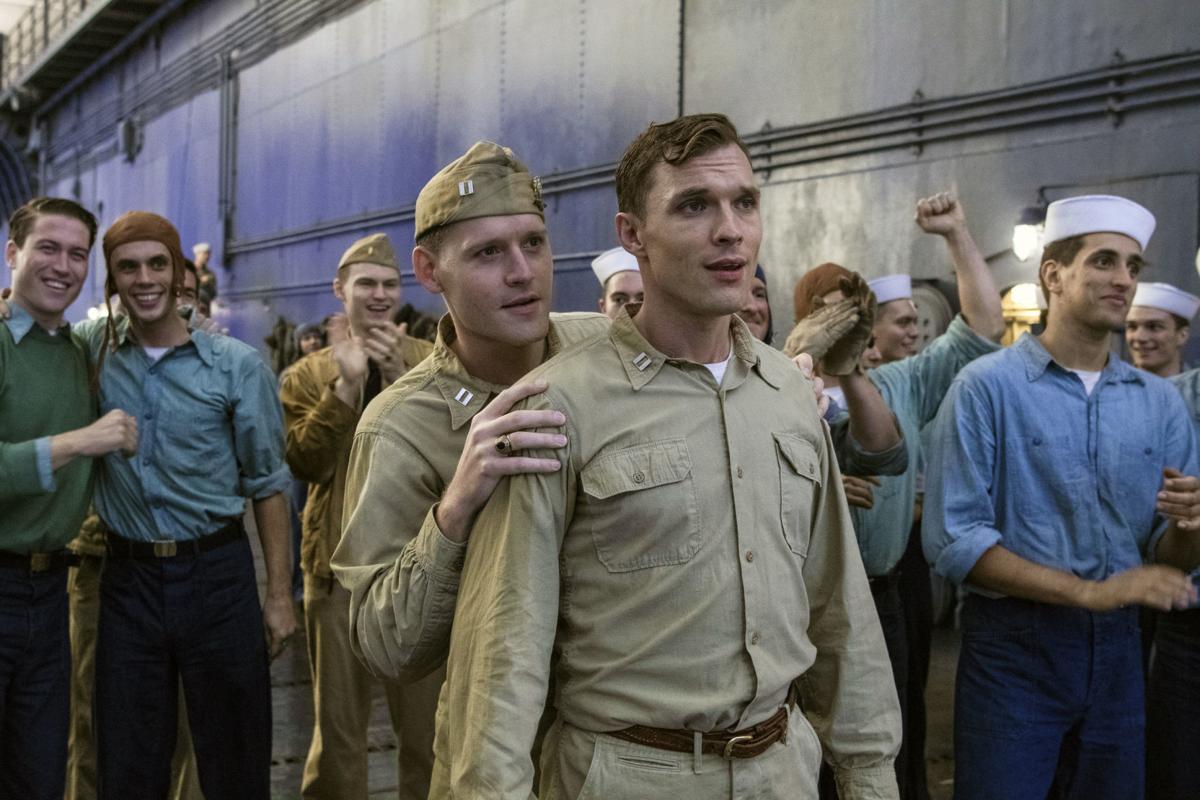 Luke Kleintank (foreground left) and Ed Skrein in a scene from “Midway.” 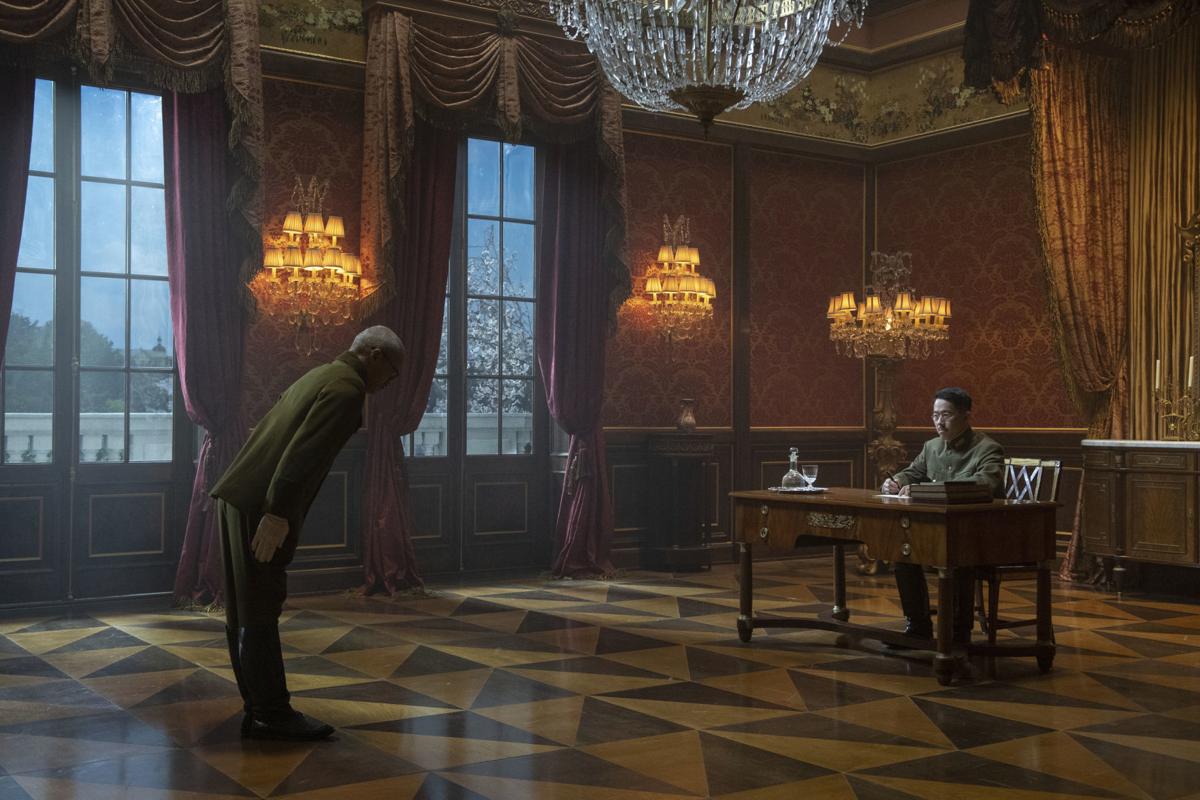 Hiromoto Ida (left) and Hiroaki Shintani are in a scene from "Midway." 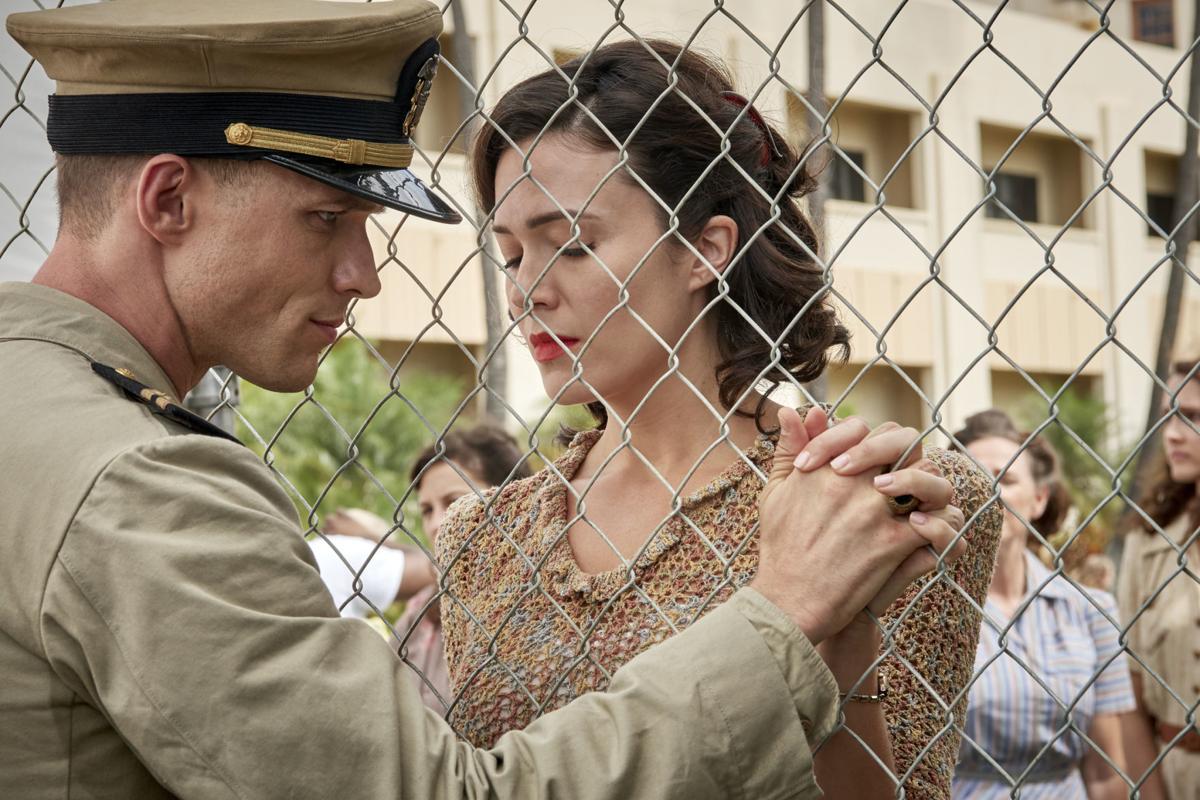 Ed Skrein (left) and Mandy Moore are husband and wife in the new film “Midway.” 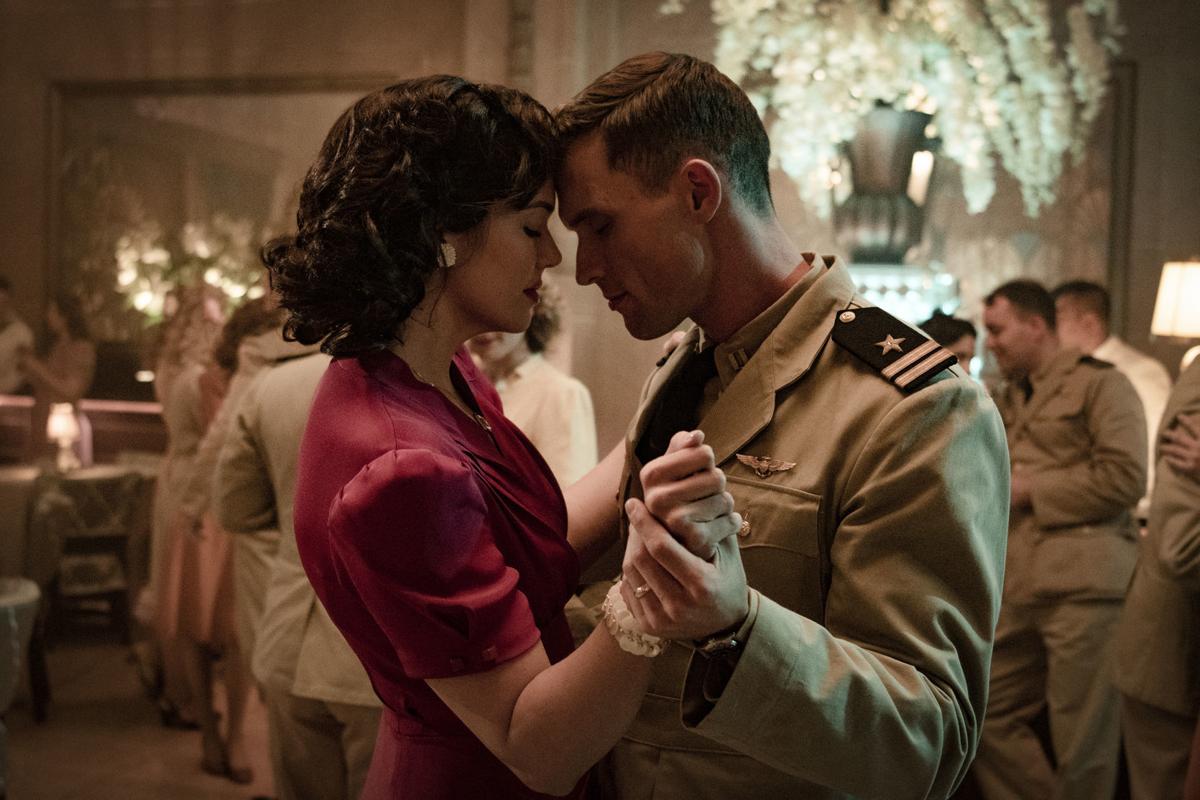 Mandy Moore (left) and Ed Skrein are in a scene from "Midway."

Luke Kleintank (foreground left) and Ed Skrein in a scene from “Midway.”

Hiromoto Ida (left) and Hiroaki Shintani are in a scene from "Midway."

Ed Skrein (left) and Mandy Moore are husband and wife in the new film “Midway.”

Mandy Moore (left) and Ed Skrein are in a scene from "Midway."

The first thing director Roland Emmerich should do is apologize for his latest movie “Midway.”

Apologize to the visual-effects crew, the stuntmen, the carpenters, the costumers and artists. He has squandered their considerable visual skill in retelling the crucial World War II battle at Midway by melding some of the best action sequences in years with the most banal of words.

What’s the point of scouring 1941 Navy regulations to ground the real-life characters in authentic military gear if they say stuff like: “I guess every battle needs a miracle.”

What’s the point of locating the original blueprints of a gun, and then carefully recreating it, if the script calls for an airman to tell his pilot: “You fly like you don’t care if we come home.”

Emmerich has turned “Midway” into another of his films, “Independence Day,” which was cartoony but worked because we knew it was over the top. Here, the director has taken real, living men who acted heroically and turned them into pulp comic strip characters. He might need to apologize to them the most.

Screenwriter Wes Tooke has apparently never seen a cliche he didn’t want to embrace. His script is as textured and nuanced as an upbeat newsreel from the ’40s. There are hotshot flyboys who stick their chewing gum next to a photo of their wives in the cockpit during dogfights.

Tooke’s one-dimensional characters help the plot along by stating only the very obvious, like “If we lose, we lose the Pacific” and “This place is a powder keg.” Keep that last one in mind; stuff will blow up and it will be called foreshadowing.

The Battle of Midway took place June 4-7, 1942, and pitted Japanese Adm. Isoroku Yamamoto, architect of the raid on Pearl Harbor, against U.S. Navy Adm. Chester Nimitz. The U.S. had been stung by the sneak attack in Hawaii and were underdogs in the Pacific.

But the U.S. Navy, having cracked Japan’s code system, anticipated Japanese naval movements and gained the upper hand. The battle ended Japan’s aspirations of naval dominance in the Pacific and showed the Allies that victory was possible.

Like its cousin in WWII filmed failure, the Ben Affleck led “Pearl Harbor,” Emmerich has decided to tell this sprawling story using multiple characters, including showing the Japanese side. Hint: Everyone is brave.

You can instantly tell why these actors signed up. Jonas gets to shoot an anti-aircraft artillery gun at a plunging Japanese Zero and prove his courage. “That was the bravest damn thing I’ve ever seen. What’s your name, son?” an awed officer says. Skrein, as Best, gets to be a daredevil pilot who is admired by everyone. “Men like Dick Best are the reason we’re gonna win this war,” says one awed pilot. Eckhart gets to strut about in a leather flying jacket and look awesome.

Tooke has presumably met women in real life but really doesn’t prove here that he knows how they think or speak at all. They, too, are brave — frustrated that their men are constantly working hard at saving democracy but understanding. Mandy Moore, utterly wasted as Best’s wife, says things like “I’ve never seen you this worried before” and “Come to bed.” We’re told she is a “firecracker.”

It is hard to believe this film came after “Saving Private Ryan” and “Dunkirk.”

“Midway” might be a film best watched if you switch off the volume.