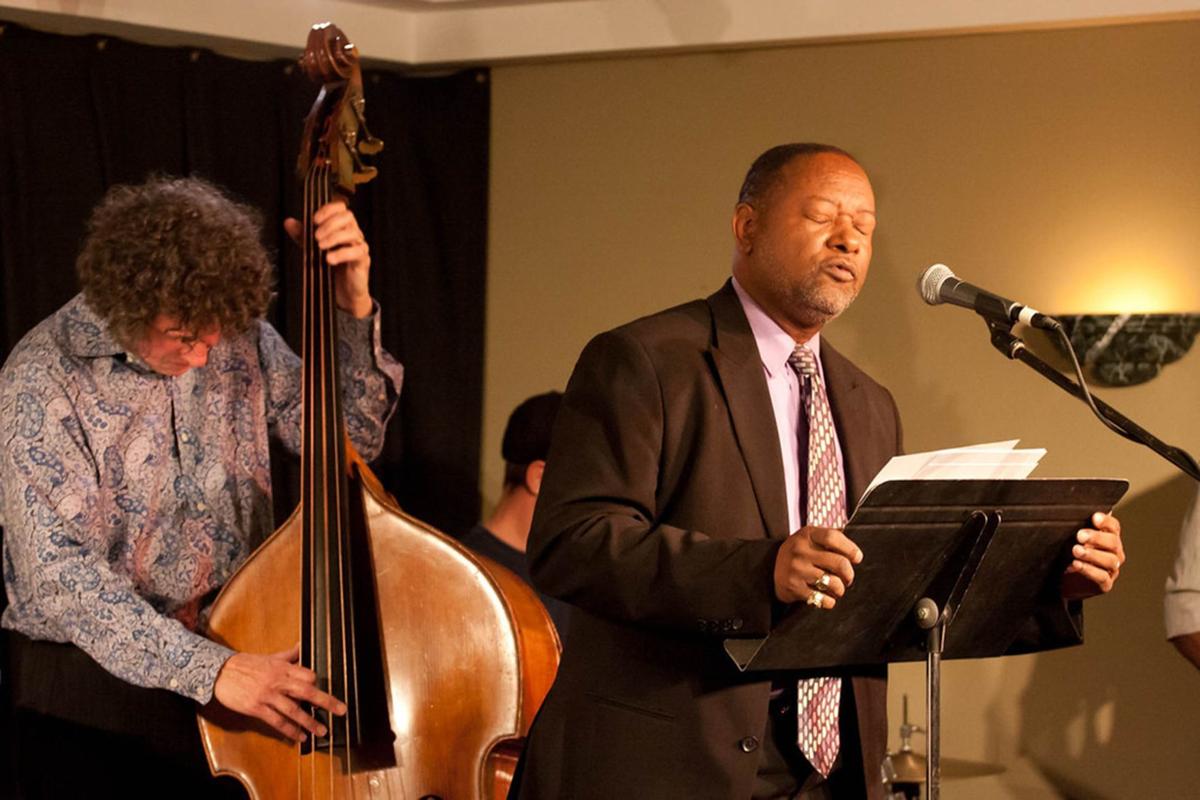 Matt Kendrick, left, and Lenard Moore will explore the “Geography of Jazz” during the Haiku North America conference. 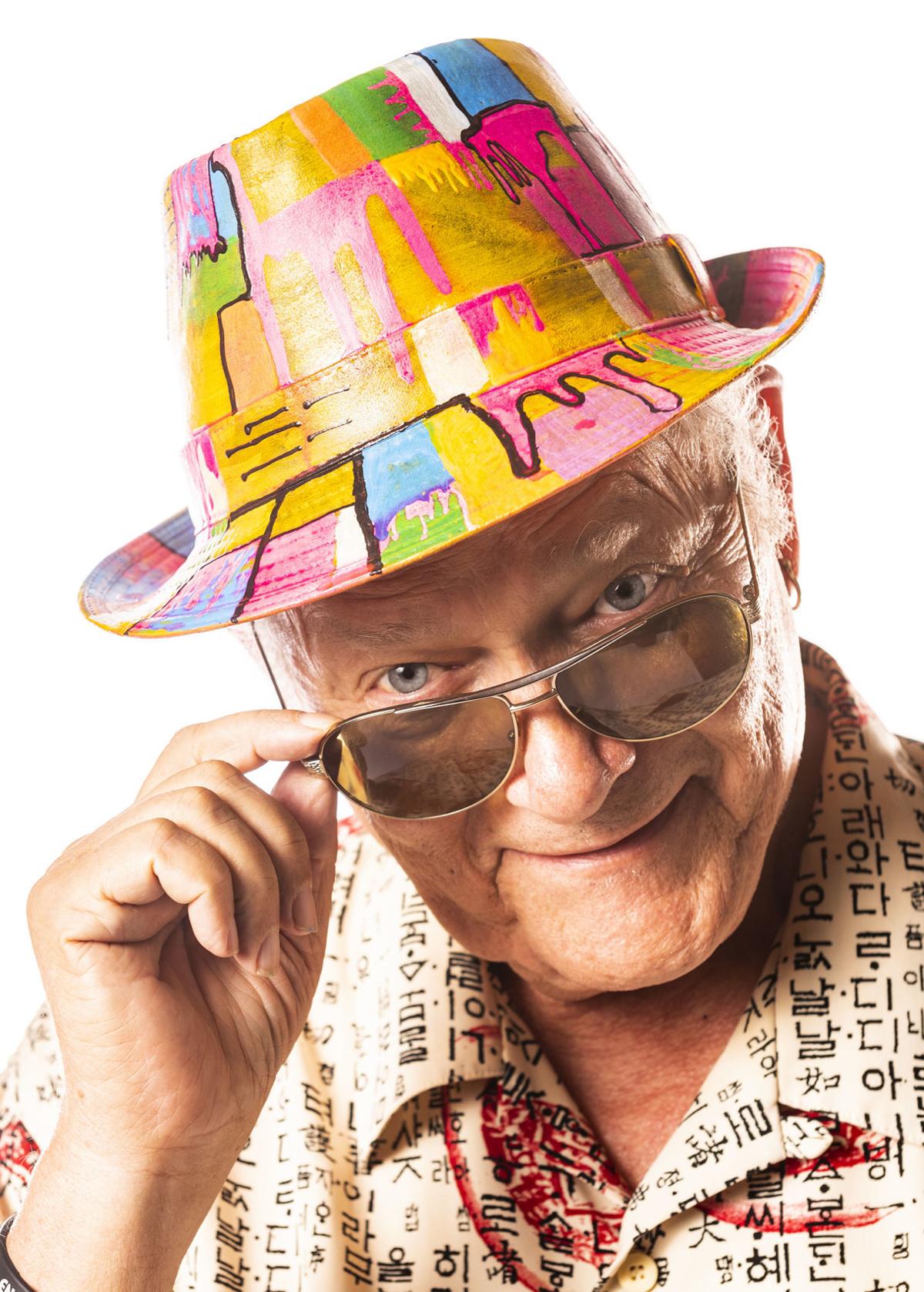 Matt Kendrick, left, and Lenard Moore will explore the “Geography of Jazz” during the Haiku North America conference.

OK, not the most creative haiku, but the biennial Haiku North America conference will showcase enough ingenuity to spare.

From haiku-inspired drinks at the bar to Indian dance interpretations of different poems to digging around for bugs, this week’s conference will be teeming with imagination.

“It’s interactive, not just people talking on stage nonstop,” said Kala Ramesh, the conference’s featured guest poet from India. “I think we make it fun. It doesn’t have to be serious.”

The conference, held Aug. 7-11, will include poets from India, Japan, Canada and the U.S. and aims to shine a light on the traditional form of Japanese poetry known as haiku.

Haiku, an unrhymed poem, follows a pattern of five syllables in the first line, seven in the second, and five in the last.

The brevity of the poems makes haiku a complicated art, said Bob Moyer, the conference director.

“A film is made of many, many, many frames and a haiku is like just one single frame of that entire movie,” Moyer said. “That’s the magic of haiku: The ability to capture something meaningful in 17 syllables.”

This year marks the second time the conference has been held in Winston-Salem after being held here in 2007. It is the largest and oldest gathering of haiku poets in the U.S. and Canada.

“Just getting together to commune with people from around the world at workshops, at meals, after hours, is amazing,” said Moyer, a resident theater artist and poet at the Arts Based School in downtown Winston-Salem. “Everyone is sociable, witty, accomplished. There’s always something to learn from everyone you meet.”

Among the five jam-packed days of activities, the conference will include a workshop where participants write their own death haiku, known as a jisei, which has traditionally served as Japanese poets’ farewell poem to life.

“When talking about two art forms, like (Japanese) haiku and Indian dance … a link that connects these two ancient cultures together seemed a logical step forward ,” said Ramesh, who was nominated for one of India’s top literary prizes for her book of haiku. “Stage performances, such as dance and theater, are based on the effective portrayal of images, and haiku is also strongly image-based.”

In the Saturday performance — held in collaboration with Raleigh dancer Asha Bala — six poems will be read aloud.

Similar to traditional charades, dance movements will be performed, and the audience will have to guess which of the six poems the dance represents.

The poet will then come on stage to talk about what inspired them to write the haiku, said Ramesh, who has a daughter who lives in Winston-Salem.

“A haiku is the truth of the moment seen in an extraordinary way…” said Ramesh who will lead five workshops, including how to properly recite haiku.

“In only about nine or 10 words, a poem most often shows the passing of time, the transient, the fleeting, and thus brings into focus the creative force working in nature.”

Haiku’s strong ties to nature prompted the creation of a workshop in which participants will capture bugs and examine the insects up close before crafting a poem about them.

It’s one of many outings around the city for the more than 110 attendees who are invited to participate in a walk through Old Salem each morning, which will culminate with writing a haiku.

“It’s like going out with a sketchbook, but instead of drawing, we take notes and, perhaps, get a haiku right there,” said Moyer, who walks in Old Salem daily. “There’s always something to see that captures your attention.”

While the majority of the conference events will be held at the Hawthorne Inn, at 420 High Street in Winston-Salem, there will be many local touches, including a pre-conference tour of Reynolda House.

Winston-Salem-based chocolate bar manufacturer, Brasstown Craft Chocolate, is also embracing the conference by featuring a chocolate-inspired haiku on one of its chocolate wrappers.

The business held a contest and selected a haiku by Terri French, a renowned poet from Alabama.

“It was a huge success the last time we held it in Winston-Salem, so we thought ‘Why not do it again?’” said Moyer, who became enthralled with haiku about 20 years ago. “The conference is a way to be in the presence of other poets from around the world that think in the same way we do and share in something we all love.”

While the conference is pay to play with a price of about $60 per day to participate, there are also a handful of free events open to the public, including Ramesh’s performance Saturday.

An event blending poetry set to jazz music, The Geography of Jazz, will also be open to the public Friday night and costs $17 to attend.

Moyer said he hopes that by holding the conference in Winston-Salem, he can showcase all the city has to offer.

“I love this city. I love sharing it with people,” Moyer said. “I want people from around the world to understand what a marvelous place Winston-Salem is.”