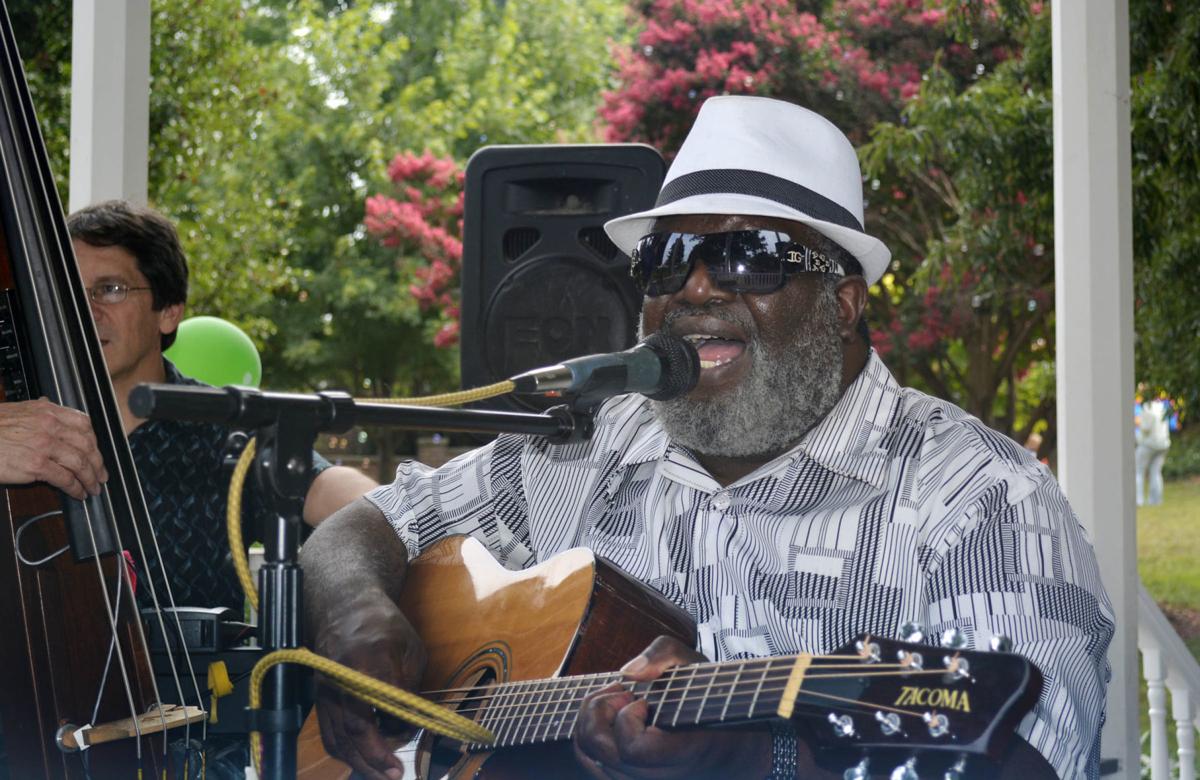 Big Ron Hunter is seen at a past The Big Chill to benefit The Shalom Project. Hunter, guitar and vocals; Aaron Bachelder, percussion; Neil Maxey, piano; and Kent Manning, bass, can be found most Sundays playing for the congregants at Green Street Church, and all have other music gigs as well. 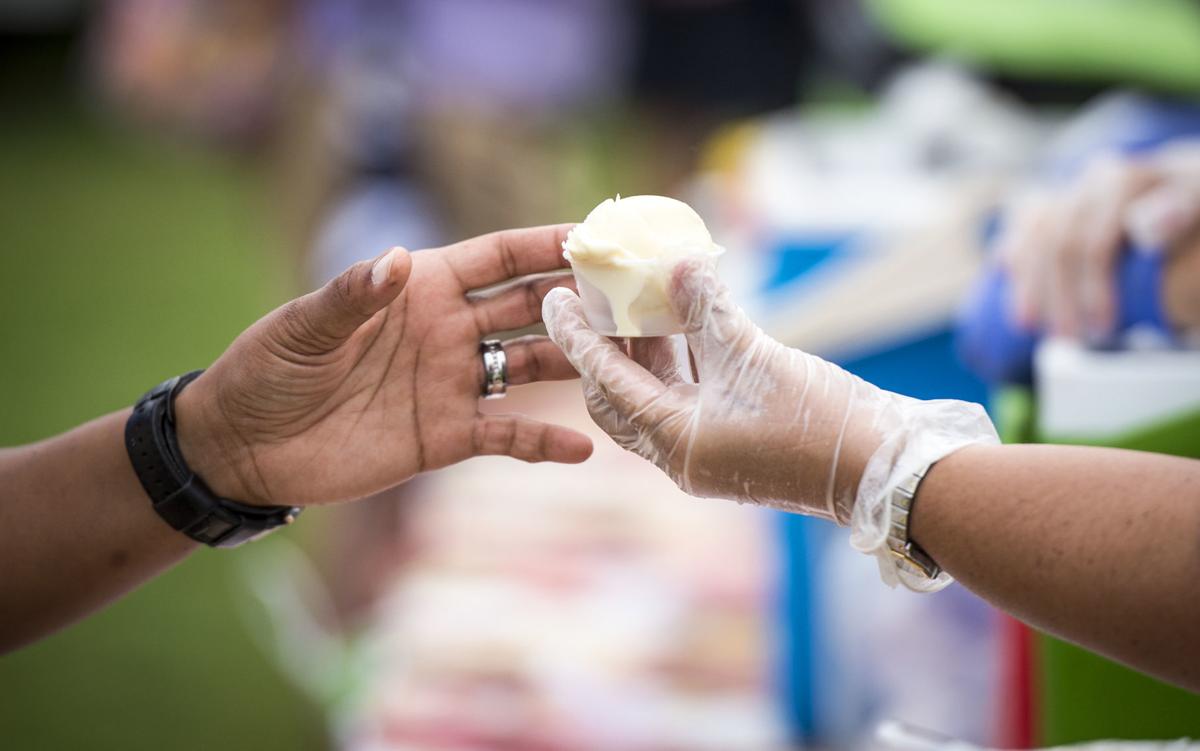 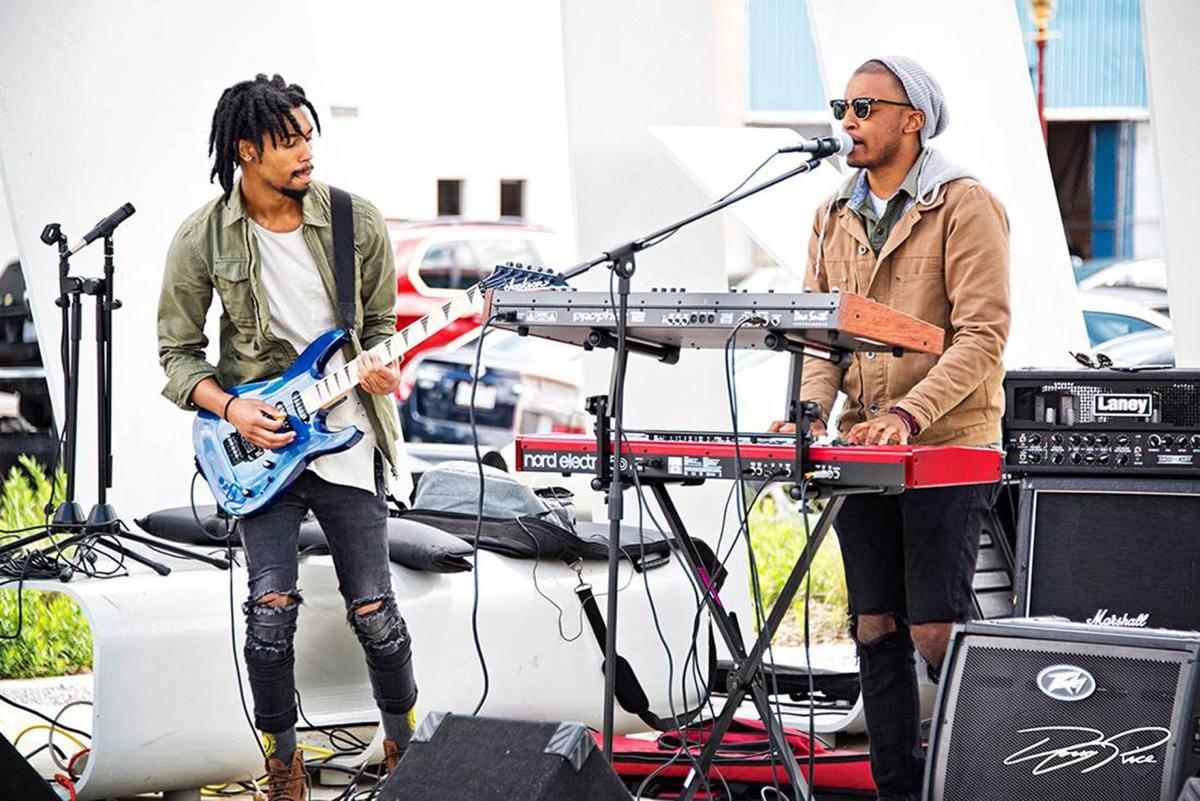 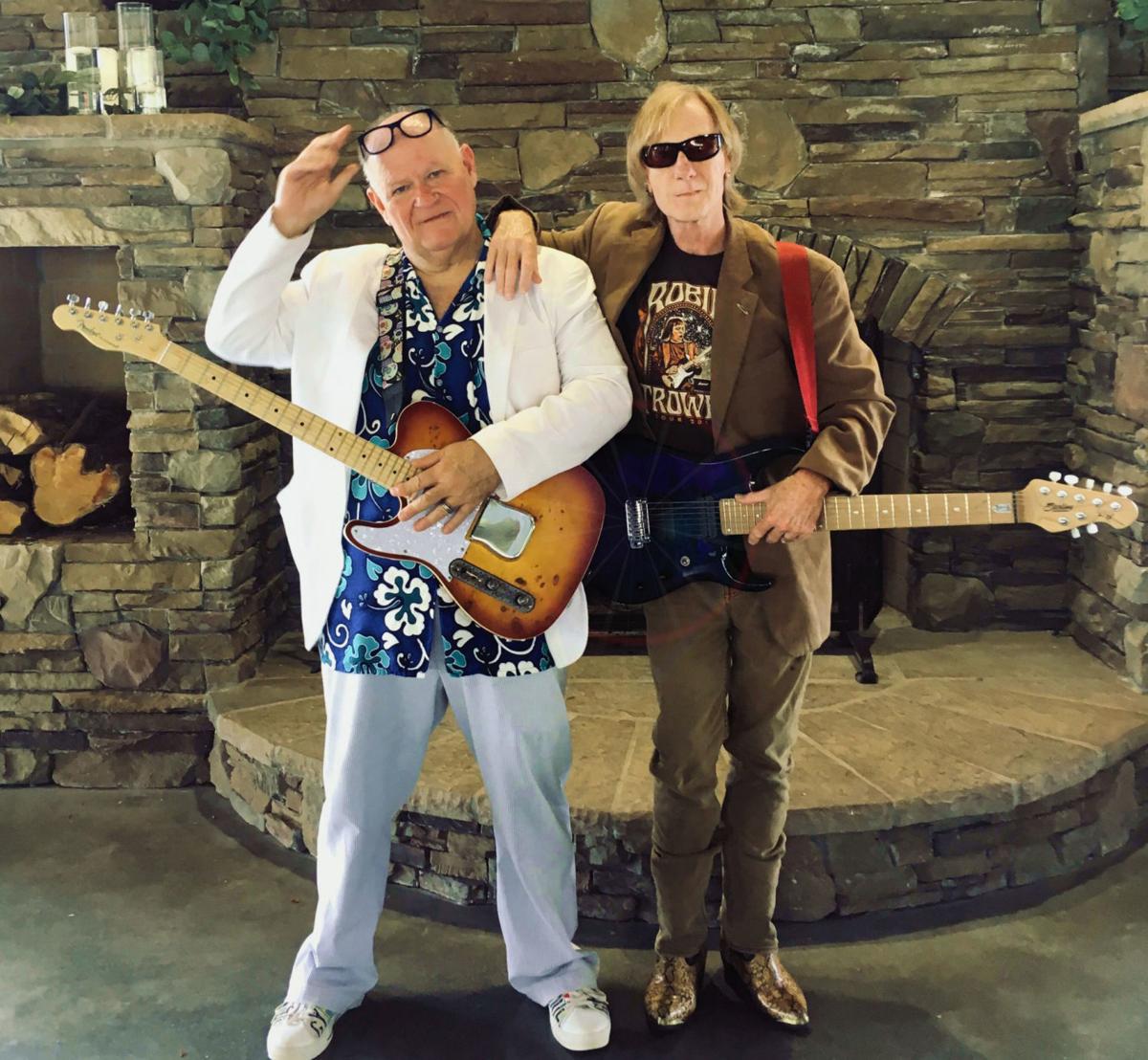 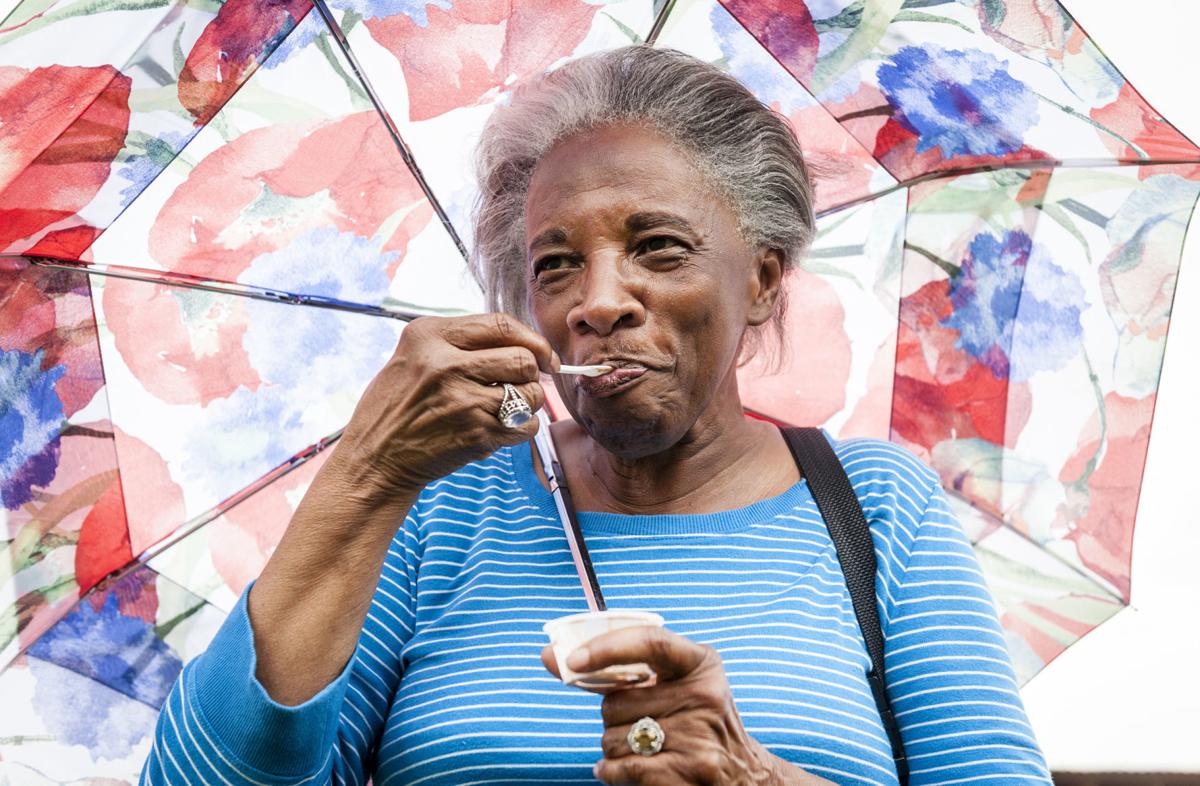 Sarah Hill Carter, a previous member of the Board of the Shalom Project, enjoys some ice cream at a past Big Chill charity event.

Big Ron Hunter is seen at a past The Big Chill to benefit The Shalom Project. Hunter, guitar and vocals; Aaron Bachelder, percussion; Neil Maxey, piano; and Kent Manning, bass, can be found most Sundays playing for the congregants at Green Street Church, and all have other music gigs as well.

Sarah Hill Carter, a previous member of the Board of the Shalom Project, enjoys some ice cream at a past Big Chill charity event.

Fleetwood Mac said that “players only love you when they’re playing,” but rockers love you all the time, according to a couple dozen area musicians who are playing for love over the next couple of weeks.

Two events — The Big Chill on July 21 and Farmstock on July 27 — will feature music as part of fund-raising events.

The headliner for the 11th annual Big Chill is actually ice cream. Individuals and — for the first time this year — restaurants churn up batches of the frozen treat to raise money for The Shalom Project.

Also for the first time this year, three bands will play throughout the afternoon: The GB’s, Foxture, and Big Ron Hunter and his band.

Hunter, guitar and vocals; Aaron Bachelder, percussion; Neil Maxey, piano; and Kent Manning, bass, can be found most Sundays playing for the congregants at Green Street Church, and all have other music gigs as well.

And yet, these professional musicians are taking time out of their busy schedules to play for free.

“We all want to support The Shalom Project,” Bachelder said. “The Shalom programs fill a much-needed niche in the community, and it’s an honor to play with Ron.”

Often called “the world’s happiest blues man,” Hunter received the Keeping the Blues Alive Award in May at the 2019 Carolina Blues Festival in Greensboro.

“It’s an honor to be able to do this for The Shalom Project,” he said. “That’s what love is all about — taking care of folks that need it.”

The Shalom Project provides a free medical clinic, food pantry and clothing closet, free weekly suppers called the Welcome Table, mentoring for those those working their way out of poverty, and improvements to Peters Creek Parkway.

“I’m happy to contribute my talent. This is what I have to give. I’m hoping everybody will come out and give what they can, and I’ll do my best for them.”

Besides more than 25 ice cream flavors, there will be food trucks and other vendors. Celebrity ice-sitters — such as Green Street’s the Rev. Kelly Carpenter — will solicit money for the Shalom Project to get themselves released from giant ice blocks.

Didn’t make it to Woodstock 50 years ago? Forget about it. It’s not too late to go to Farmstock.

The Forsyth Association of Rock Musicians (FARM), Triad Musicians Matter and radio station WTOB are joining forces to raise money for The Down Syndrome Association of Greater Winston-Salem by presenting a free, all-day music and arts festival in the spirit of Woodstock — one day of peace and music.

Jon Epstein, one of the organizers, will be playing at Farmstock with his band, Black Mountain. “I’m doing this, because it is what I do,” he said. “All about building a stronger Winston-Salem community, and something I have been working on for quite some time now.”

Epstein said that he’s been to dozens of festivals, and although they are not his favorite thing, he recalls one fondly.

“The very best I attended was many years ago: ‘The World Series of Rock,’ which was held in Cleveland, Ohio,” Epstein said. “The lineup was: Mahogany Rush, Aerosmith, Blue Oyster Cult, Uriah Heep and Faces. Wow. What a day. I was 14.”

“The reason I am doing this is to unify and to promote Winston-Salem’s music scene,” Cole said. “We wanted to give bands that are kind of under the radar a chance to shine. There are some really great local bands around that no one has heard of. They have a hard time getting booked. We want to change that.

“Also, it is a fund-raiser for The Down Syndrome Association. My 10-year-old grandson Gabe has Down syndrome. The DSAGWS does really great work for the people of our community who are affected by the syndrome.”

His favorite music festival was in Chattanooga, Tenn., in 2008.

“It was called Chattahippie,” Cole said. “Four days of really great music, beautiful location. I met folks there that I am still friends with today.”

“We (WTOB), had planned to do a tribute this year to the 50th anniversary of Woodstock anyway,” he said. “When I learned that Jon and Dale already had this on their front burner, I felt like it would benefit us both. So WTOB is producing in association with FARM.

“My best music festival, hands down, was the many times I was fortunate enough to attend the Montreux Jazz Festival in Montreux, Switzerland. It is an incredible 16 days of all kinds of music all along the coast of beautiful Lake Geneva.”

Admission to Farmstock is free — and it’s a lot closer than Switzerland. Donations and money made on raffle tickets and merchandise will go The Down Syndrome Association, which provides information, networking opportunities, and advocacy for individuals with Down syndrome and their families, educators, health care professionals, and the community.

If you go - Chill

What: The Big Chill for The Shalom Project

What: Farmstock for The Down Syndrome Association of Greater Winston-Salem

Cost: Free. Donations will be accepted on site, and raffle tickets will be sold.