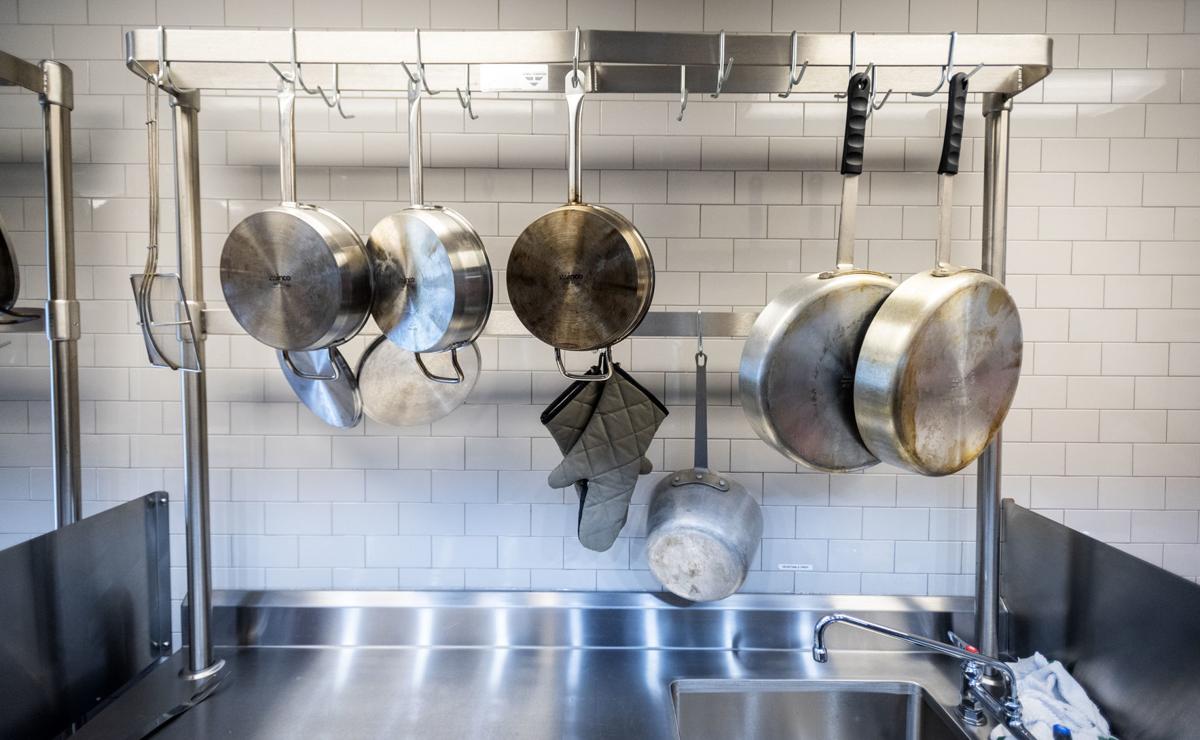 Chefs and caterers who rent space at the Enterprise Center’s shared-use kitchen receive access to a variety of pots, pans, small ware and linens. 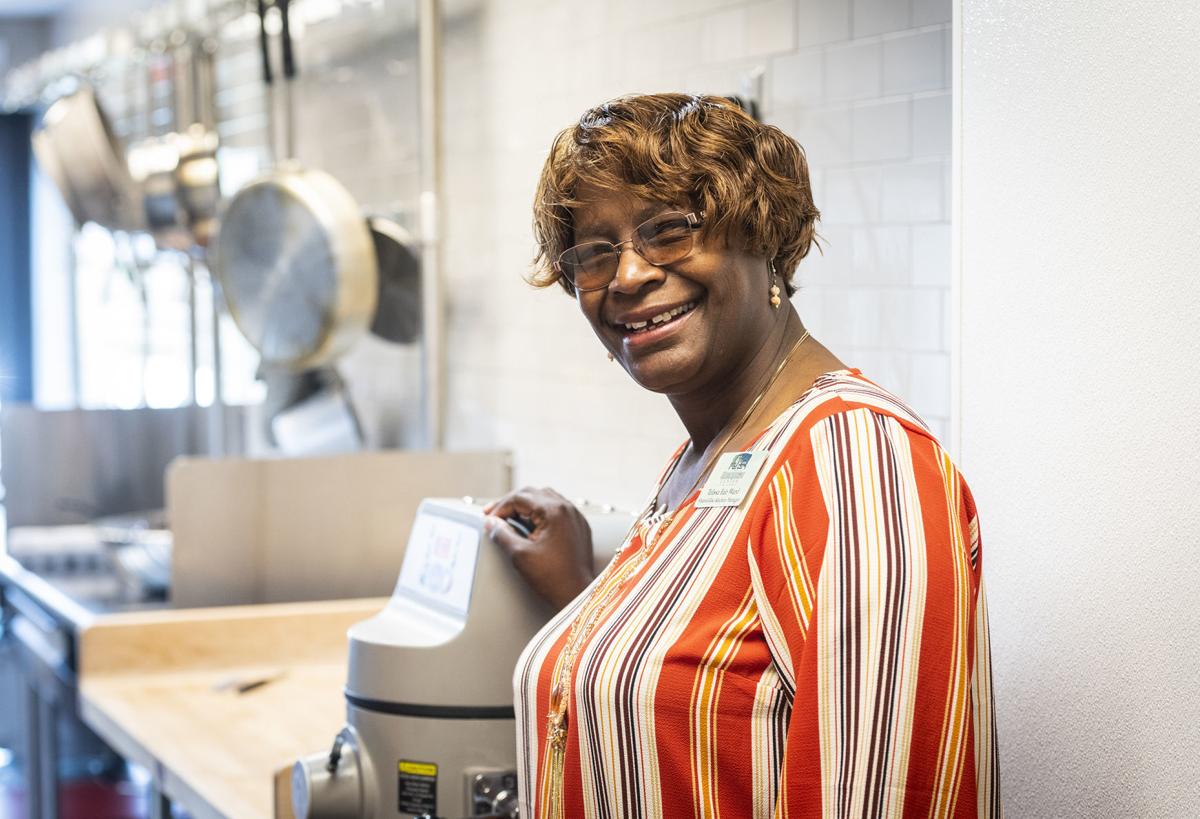 Telissa Fair Ward is the shared-use kitchen coordinator at the Enterprise Center. “I get calls almost every day, and some of them are from other counties,” she said. 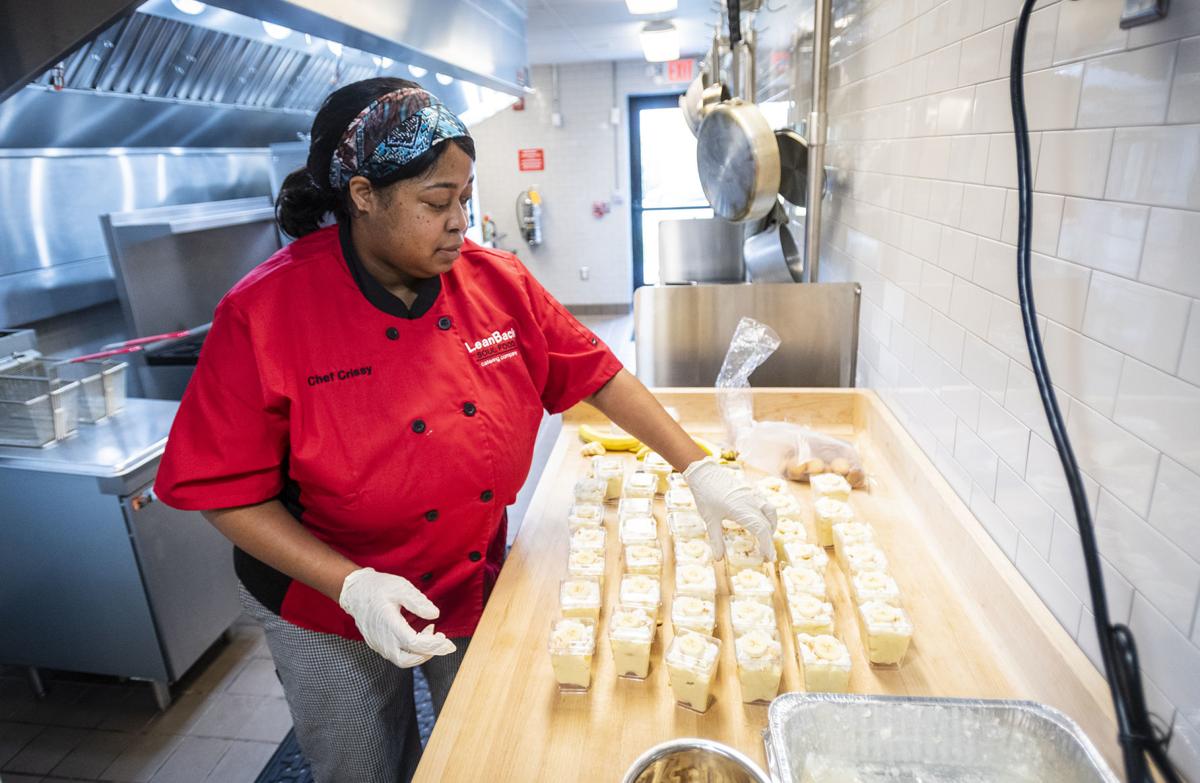 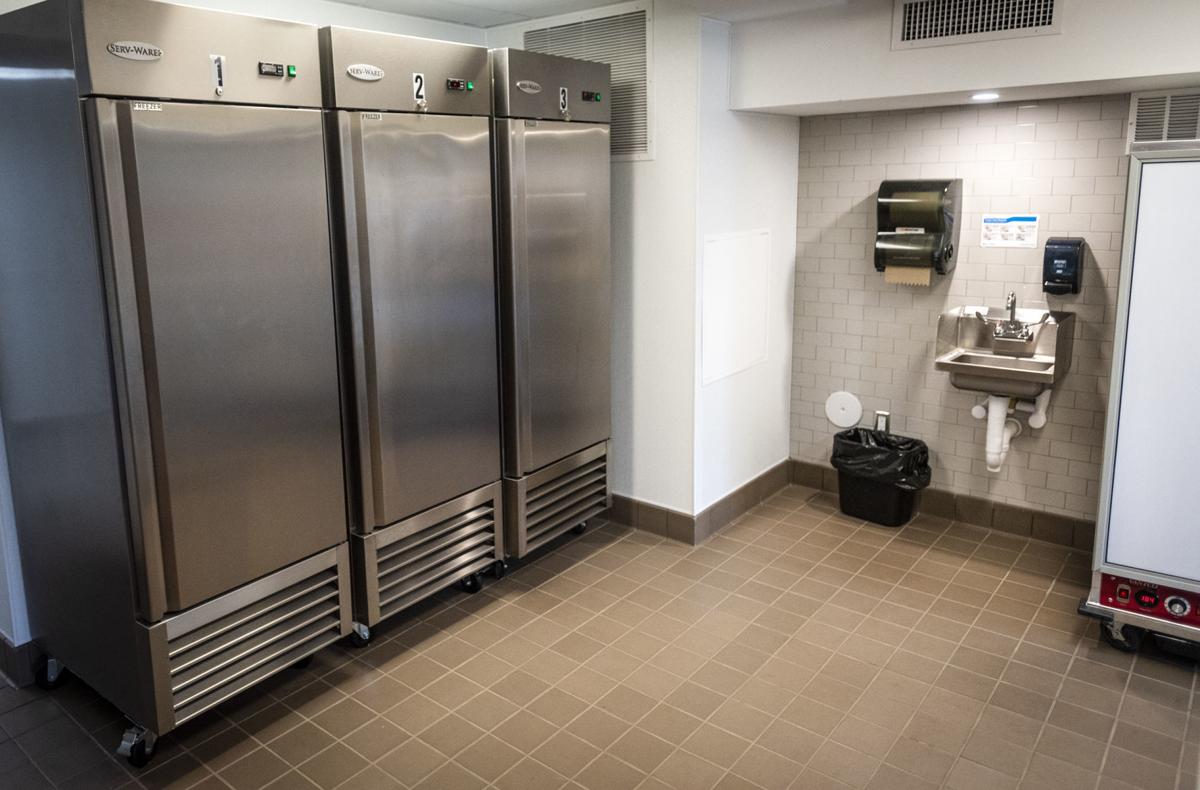 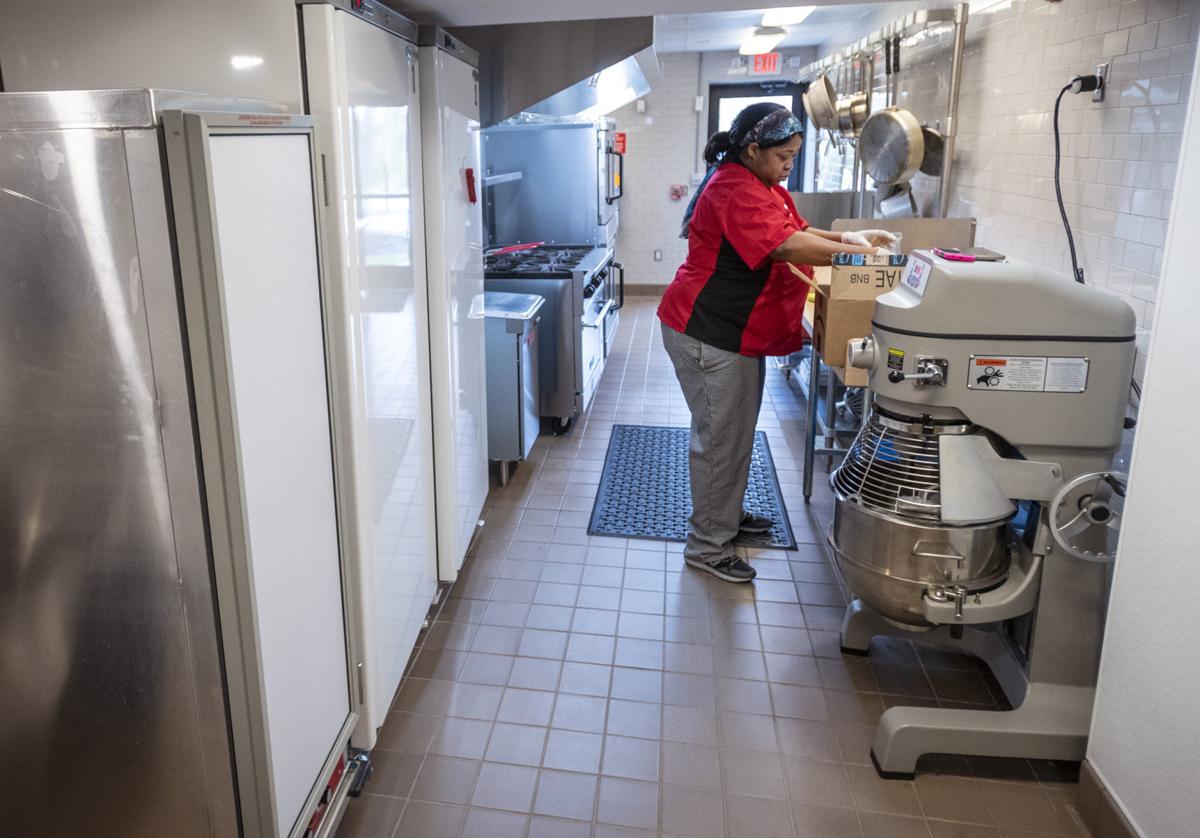 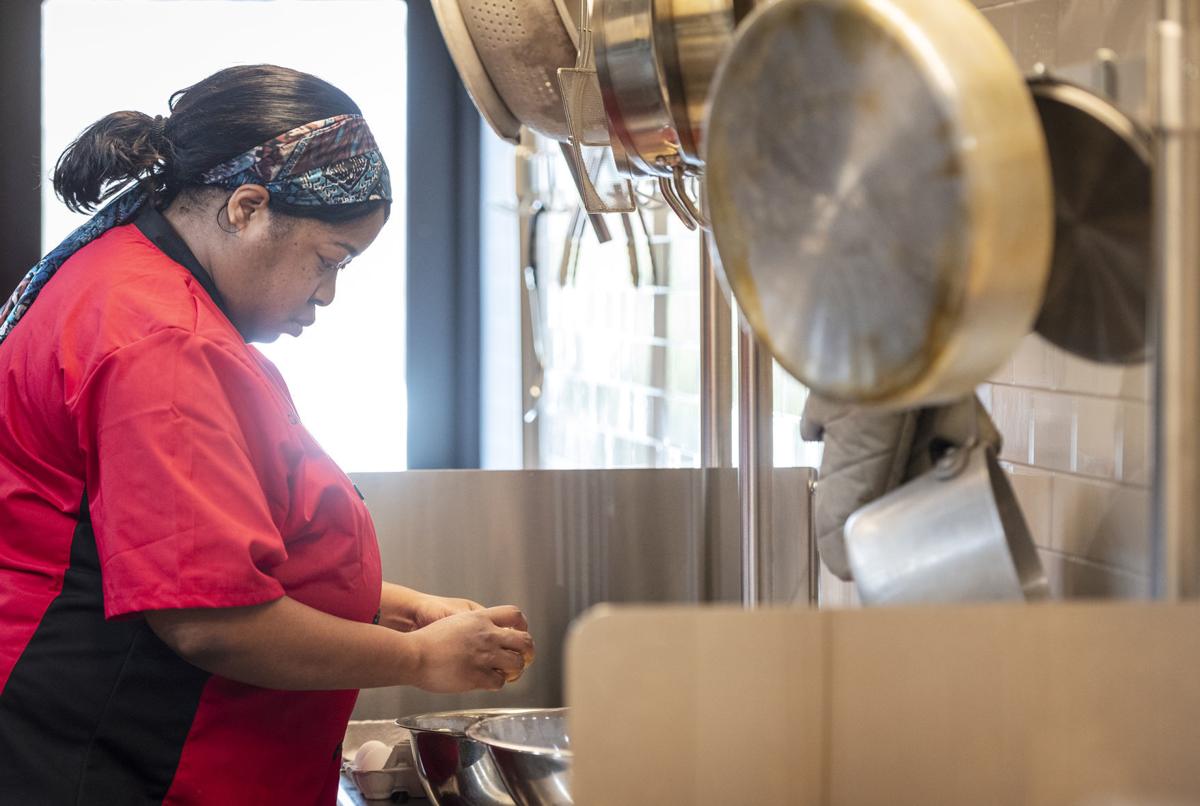 Chefs and caterers who rent space at the Enterprise Center’s shared-use kitchen receive access to a variety of pots, pans, small ware and linens.

Telissa Fair Ward is the shared-use kitchen coordinator at the Enterprise Center. “I get calls almost every day, and some of them are from other counties,” she said.

Winston-Salem and the surrounding areas have seen an increase in shared-use commercial kitchens in the past year, but by all accounts the supply falls short of demand.

The need for shared-use kitchens is being fueled by more and more caterers, food-truck operators and others who need an inspected and approved kitchen but often are too small to build their own.

Depending on the kind of food business, operators must have their work space inspected by either the N.C. Departure of Agriculture or a county health department. In today’s economy, many small food businesses don’t need a full-time kitchen for their small businesses — and couldn’t afford the cost in many cases.

Enter the shared-use kitchen, which food entrepreneurs can rent for just a few hours a week to make their products. A food-truck operator needs such a kitchen, often called a commissary, for prep before he or she takes the truck on the road. A caterer needs one for food he or she might prepare for a wedding or other event. Other uses might include bottling juices or sodas, pickling vegetables or canning salsas.

The shared-use kitchen in the Enterprise Center had its ribbon cutting last June, but didn’t get its first occupant until Dec. 1, and it’s already at full capacity.

Providence Restaurant and others rent out space during their down times, but they often have to turn away clients because space and time are limited.

“It’s amazing, the demand in this city,” said Telissa Fair Ward, the coordinator for the kitchen in the Enterprise Center. “And it’s not just Winston-Salem. I get calls almost every day, and some of them are from other counties.”

The kitchen, in the Enterprise Center at 1922 MLK Jr. Drive, is a program of the S.G. Atkins Community Development Corp. that is designed as a way to encourage food entrepreneurs.

Beta Verde is part of a group planning to create a large shared-use kitchen in 1001 (formerly known as West Salem Square and the Hewitt Business Center) at 1001 S. Marshall St. The kitchen is just part of what is planned in 1001, which has 130,000 square feet. Other uses for entrepreneurs include office spaces and industrial studios. The development has “at its core an 11,000 square-foot shared-use kitchen with both incubator and accelerator support,” Neff said. Providence Restaurant has signed on to manage the kitchen.

“The kitchen would support 50 to 72 businesses, including new food producers, producers scaling up in fresh, frozen or packaged goods — and act as a commissary for food trucks,” Neff said.

Plans at 1001 also call for storefront retail space that might include a café.

In Boonville, Cindy Shore just recently turned the former restaurant at Sanders Ridge Vineyard and Winery into a shared-use kitchen. “I’ve had a lot of inquiries. There appears to be a very big need,” Shore said. She also said she wanted the space partly for herself, to create such value-added products as pesto from Sanders Ridge Farm’s produce.

Because the adjacent dining area is also the winery’s tasting room, Shore said, she will be encouraging kitchen clients to sell some of their products on the premises, to offer snacks to winery customers.

Ward said that the Enterprise Center’s kitchen is currently full. It has seven tenants, all of whom use the space for varying amounts of time based on their needs.

Ward said that the center asks for six-month commitments in its rental agreements, but it offers four packages of 10 to 50 hours a month.

The kitchen is 895 square feet. It has three refrigerators, three freezers, pantry storage, baker’s station, ice machine and a dishwasher. Cooking equipment includes a six-burner range, a deepfryer, a double convection oven and a 40-quart mixer. The center offers storage space, pots and pans and other equipment. It also supplies some basic pantry items such as flour, oil and salt. It even takes care of the heavy-duty weekly cleaning.

A nice perk is that the center coordinates food orders from such major distributors as Sysco or US Foods — and doesn’t take a markup or fee. That can be a boon for small businesses who otherwise don’t buy enough to deal with a large wholesaler and get wholesale prices.

“We’re making it as easy as possible,” Ward said. “We want them to be successful.”

Tenants include Camel City Catering and Café, a new business that is using the kitchen while it waits to get its own café kitchen. “We’re using the Enterprise Center as our incubator,” said David Foster, a co-owner of Camel City. “This allows us to work while we find our own location.”

Delicious by Shereen is a catering company run by Shereen Abdelfattah, an Egyptian immigrant. Abdelfattah’s employs refugees to help give them financial stability while offering the public authentic ethnic food from the Mediterranean and elsewhere. Other businesses include LeanBack Soul Food, Flava Catering, Superior Catering and Events, Defining Desserts and Shana Hauser Faison (the owner of Rosy Bloom’s Collard Greens, who uses it for her separate catering business).

“They all have their unique stories,” Ward said.

Suzette Marot of Defining Desserts, who makes single-portion cakes, said she was looking for a place for a long time. “I would look online and see places in Charlotte but never Winston. I was kind of frustrated,” she said.

Crissy Faison of LeanBack Soul Food said she was happy — and relieved — to rent space at the Enterprise Center. “It took me about a year to find a kitchen in this area. I had no idea it was going to be this hard,” she said.

Faison had moved to the Triad in 2017 from Durham, where she said such kitchens are more plentiful. “Winston-Salem is definitely behind other cities and needs to catch up,” she said.

The kitchen at the Enterprise Center is funded through grants from the City of Winston-Salem and the U.S. Department of Commerce.

The center offers more than just a kitchen. It also offers marketing and other help to get young, small businesses off the ground. “Telissa and Carol Davis (the executive director of the S.G. Atkins CDC) have been very supportive and helpful,” Abdelfattah said.

Tenants get preferred status for catering jobs in the center’s banquet room. Ward also said that the center plans to start a pop-up restaurant in April, maybe just once a week to start, for all the people who work in the building. “We’ve partnered with our community garden manager Kyle Ruth, and we want to be able to have farm-to-table from what’s planted in the garden,” Ward said.

Ward said the tenants will change as businesses grow and move to bigger spaces — and as they do, she will have room to take in new tenants. But she said right now there is definitely a need for more shared kitchens.

“The demand is so high right now,” Ward said. “We have a waiting list, and I get more calls all the time.”