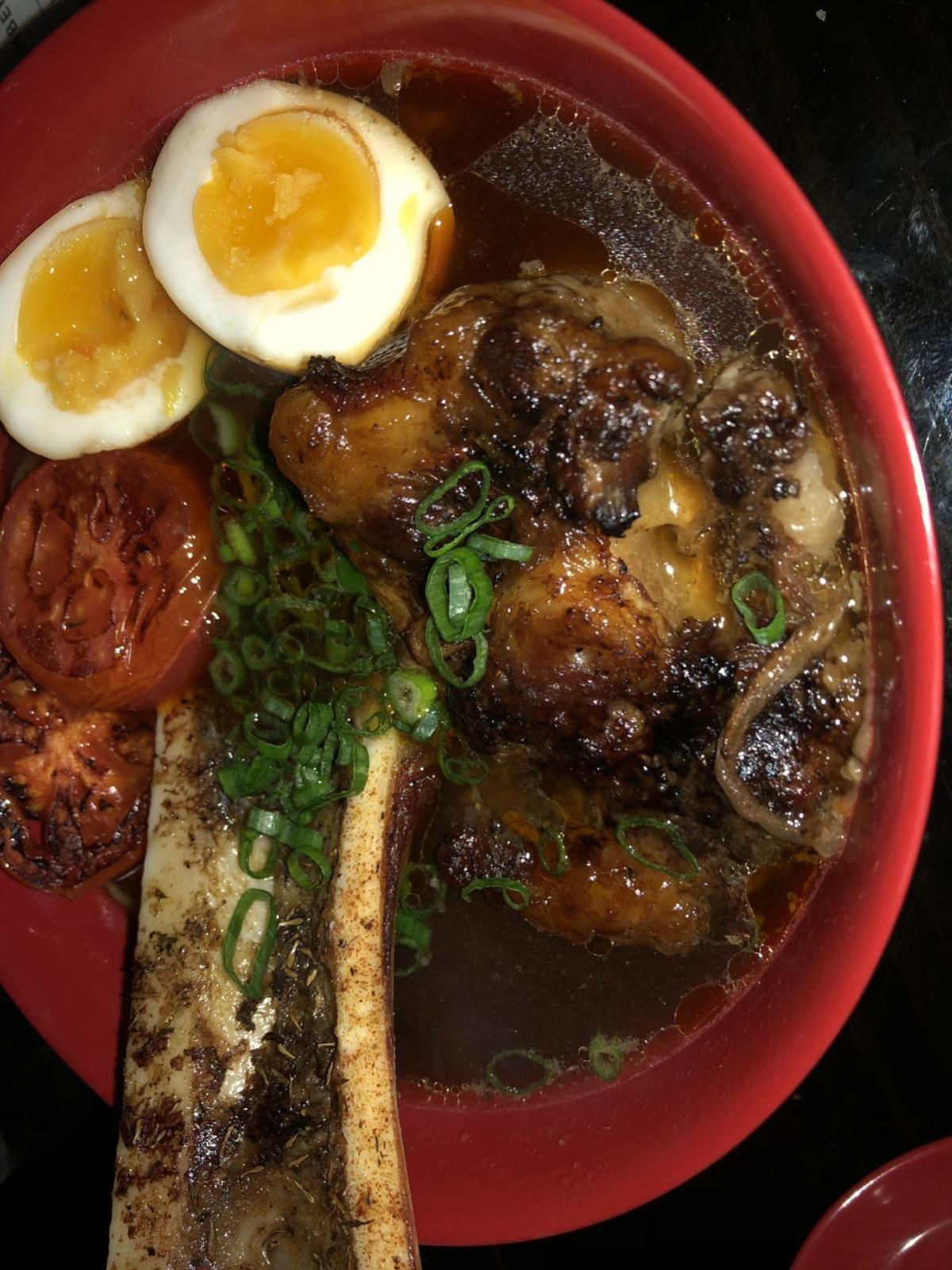 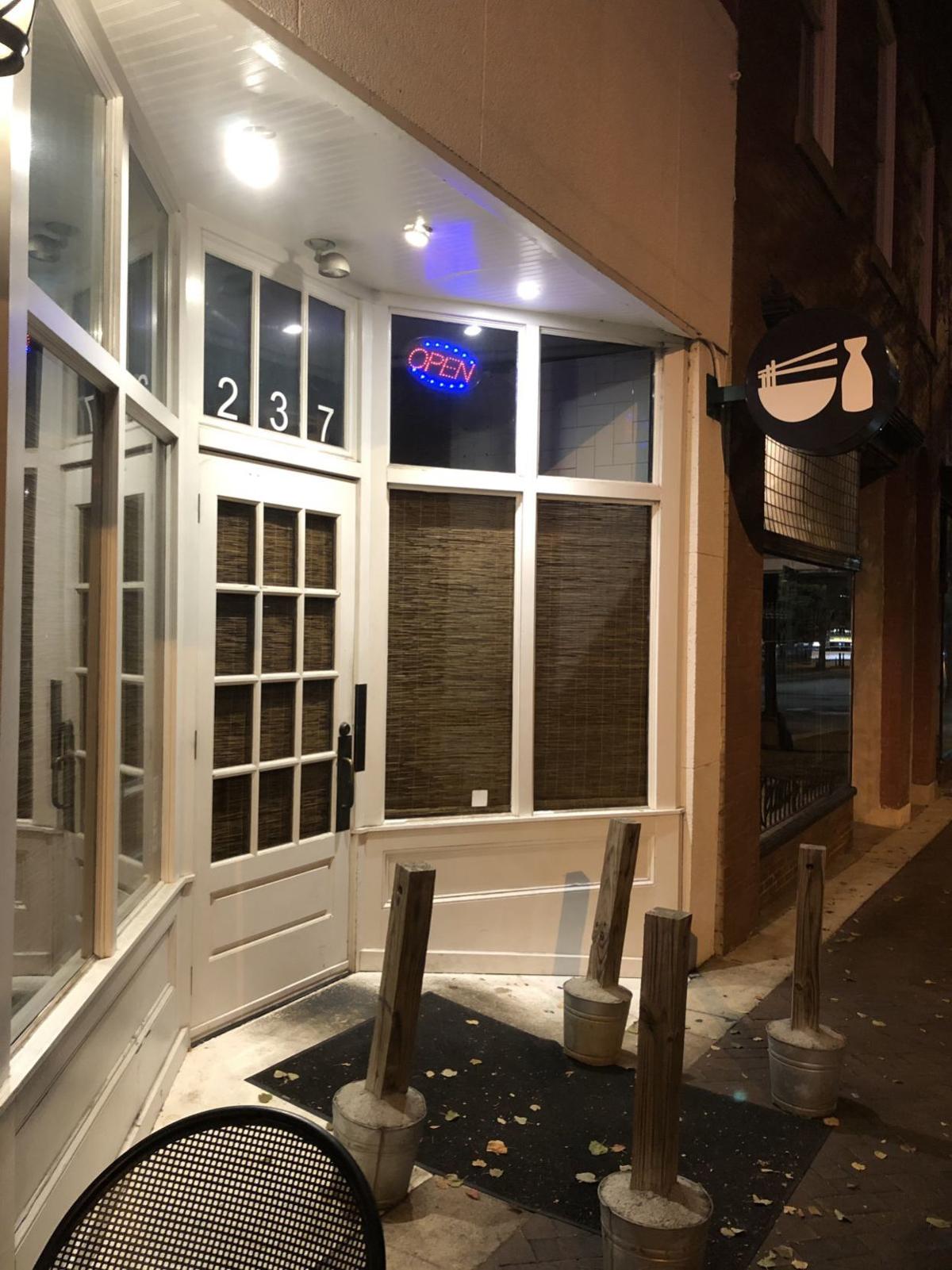 237 Fifth is a ramen and sake restaurant at 237 W. Fifth St. downtown, in the former Small Batch burger restaurant spot. 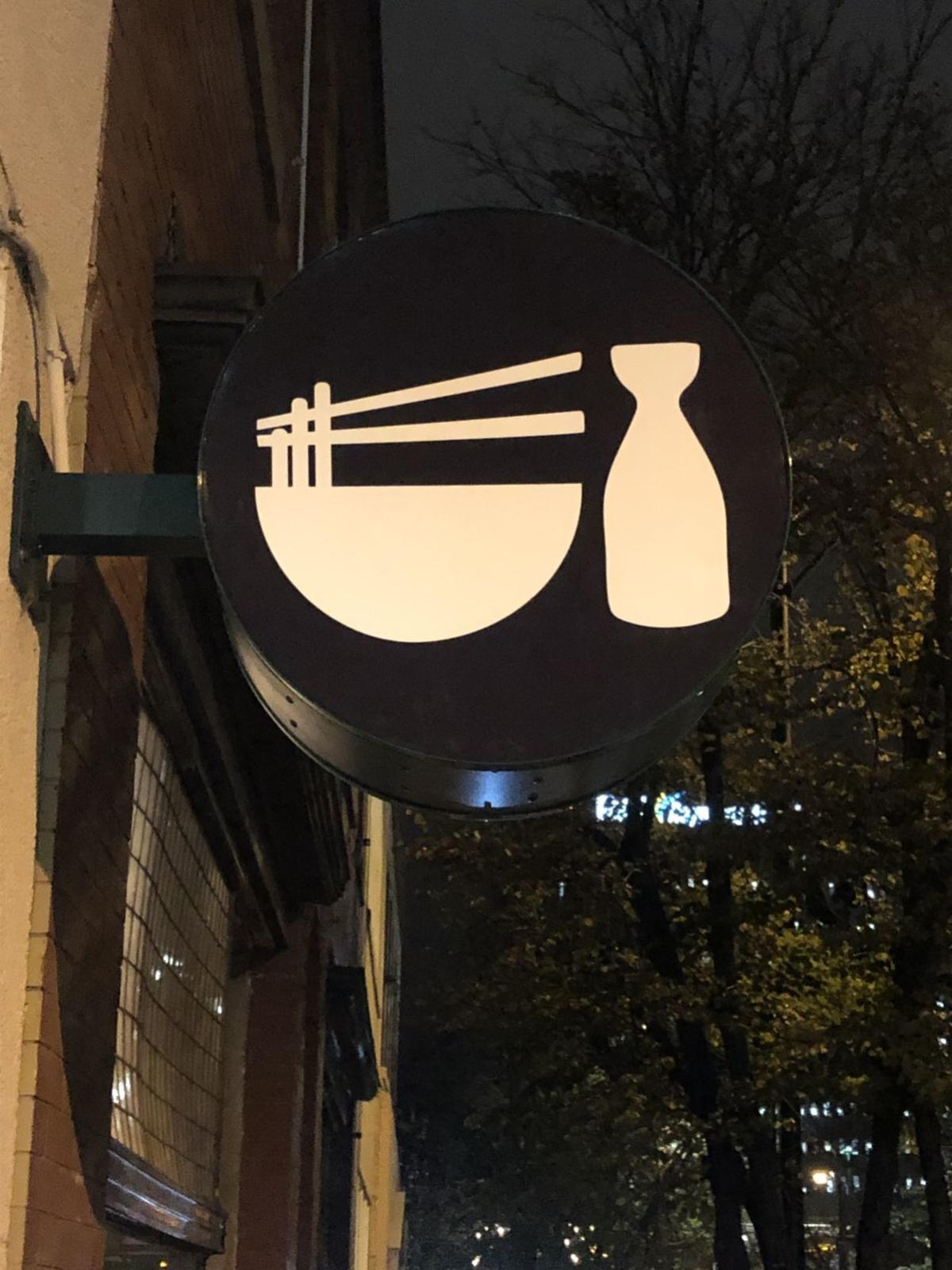 This logo is the only sign in front of the new 237 Fifth ramen and sake restaurant, in the former Small Batch burger restaurant spot.

237 Fifth is a ramen and sake restaurant at 237 W. Fifth St. downtown, in the former Small Batch burger restaurant spot.

This logo is the only sign in front of the new 237 Fifth ramen and sake restaurant, in the former Small Batch burger restaurant spot.

There’s a sign out front but it has no name on it. You have to guess from the picture logo what kind of business is inside.

In fact, the outside has no words at all on the door or windows, other than the street number and a neon “Open” sign. Blinds are drawn tight on the windows so no one can see inside.

And the door itself is locked all but about 12 hours a week.

The space of what once was Burger Batch, then Small Batch, a hip and hopping burger and shake spot, now is cultivating mystery.

Those in the know have found the new ramen and sake shop called 237 Fifth on Instagram, but that’s the only online presence it has.

If you really want to know, you have to go — between 6 and 10 p.m. Thursday and 6 p.m. until whenever Friday and Saturday. The next best way to learn about this place is to visit Small Batch Beer Co., where the bar staff will tell you that, yes, 237 Fifth is under the same ownership as before with Burger Batch/Small Batch.

Tim Walker, a partner in the bar, is the principal in 237 Fifth, as he was in the burger restaurant. Though the burger and shake concept was popular, it was maybe a little too popular. “It just got a little crazy with all the teenagers posting on social media,” Walker said. “I always liked the bar more. I wanted something with an adult atmosphere.”

The good news is that fans of the burgers and shakes can order them at Small Batch. The bar has a slightly pared down menu of about eight burgers and two shakes, plus a couple of sandwiches and salads and a few appetizers.

The menu at 237 Fifth, though, is like night to Small Batch’s day. In fact, it is very night-like in that the restaurant is dark, dark, dark. There are a few dim bulbs here and there and some tea candles on the tables. One long wall has been painted black, along with the ceiling — at least I think it’s black; it was too dark to say with certainty.

The lighting seems calibrated to be the barest minimum for reading the menu. Forget about those Instagram or Facebook photos of your dinner, unless you have a very good camera or are prepared to have everyone staring at you when your flash goes off.

The menu itself — well, there are two menus. When you are seated, you aren’t given a food menu. You’re given a drink menu — that is to say mostly a sake menu. For 237 Fifth has set itself up to be as much a sake spot as a ramen shop.

“I’ve always been passionate about sake and Japanese food,” Walker said. “Sake is one of the most popular drinks in the world. And sake is a really good social drink, for sharing and having conversation.”

Diners get a complimentary shot of hot sake, then a rundown of the eight chilled sakes, generally sold in 6-ounce portions for $8 to $13, but including one that comes only in a 720-ml (24-ounce) bottle for $80.

The drink menu also includes two each of beer, wine and Japanese whisky — but sake is what the server is going to push.

I tried two sakes. The Tozai Snow Maiden, cloudy like a White Russian, is indeed creamy and pumpkiny, as described, as well as bit nutty to my taste. The Tozai Well of Wisdom is more fruity, reminiscent of watermelon. The latter probably has broader appeal, but both were interesting.

Once you break down and order drinks, the server will bring a food menu. (OK, maybe if you ask nicely you can order food without alcohol.)

The menu is short and sweet, how I like ’em. It has six small plates, four ramen bowls and one sandwich. No dessert.

The apps ($6 to $12) stick to the Asian theme: edamame, dumplings, steamed buns, ginger-wasabi wings, tempura cauliflower and wonton nachos. The latter, topping out at $12, seemed pricey, but not only were enjoyable but also worth the money. Large, crispy fried wontons are topped with raw tuna with a spicy wasabi crema, tobiko, green onion and sesame seeds. It’s enough to share, or even enough to make a meal for one.

The four ramens ($10 to $16) cover the bases: beef, pork, chicken and veggie. I ordered the beef, made with ox tail and bone marrow — the 8-inch bone sticking out of the bowl makes for a dramatic presentation, and the broth had a deep beefy oxtail flavor. In addition to noodles, it had hard-cooked egg and roasted tomatoes.

The pork ramen comes with pork belly and enoki mushrooms. The chicken, made with thigh and nori, is spiced with chiles. The veggie ramen features a miso broth with bok choy and mushrooms.

The lone sandwich ($12) is a chicken katsu with panko-crusted thigh, Napa cabbage slaw and tonkatsu sauce.

237 Fifth almost seems like a pop-up right now. But maybe hours will expand as Walker and his staff gauge community interest. “We’re not taking reservations, and we’re not rushing people in and out,” Walker said. “We want people to hang around and enjoy themselves.”

The dark atmosphere is intentional. “I want people to put away their phones. I don’t want them posting on social media. I want them to talk to each other,” Walker said.

Maybe Winston-Salem is ready for a ramen shop. Or maybe people like that air of mystery. On a Thursday night, just a week after opening with no advertising, the restaurant was full.