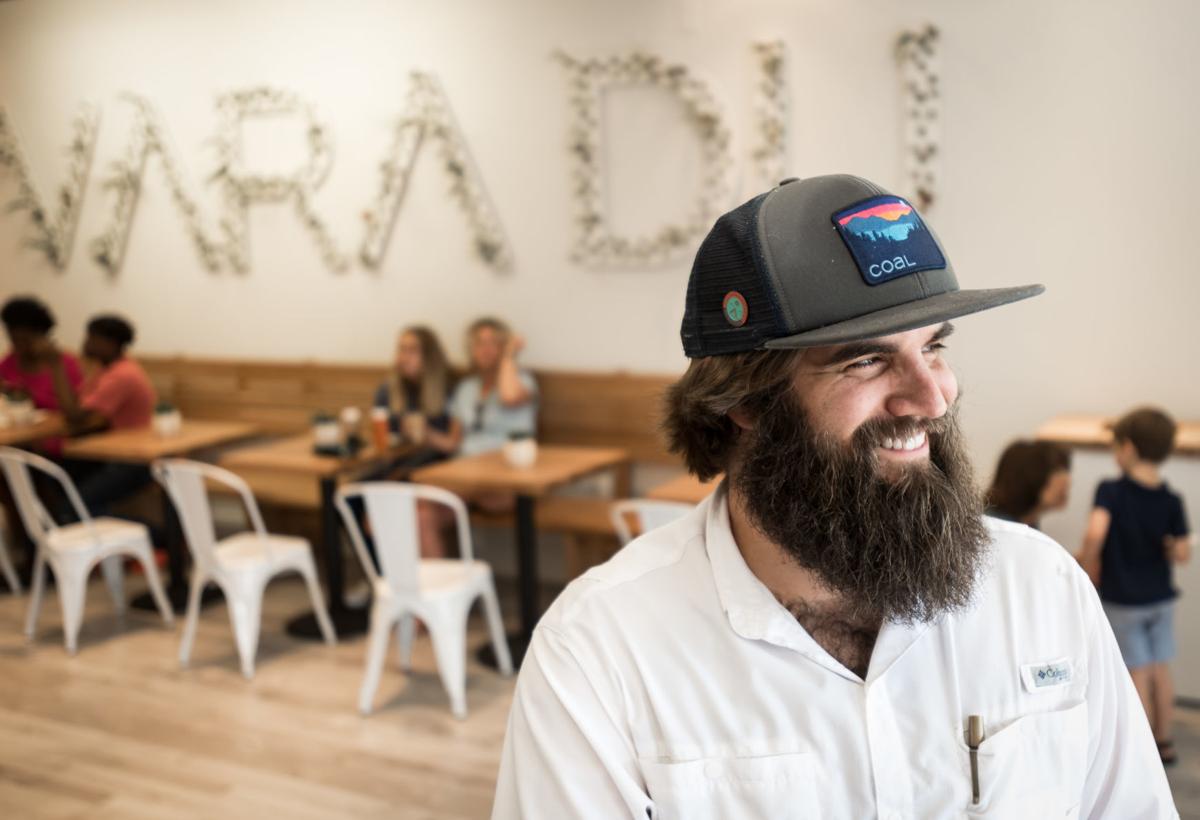 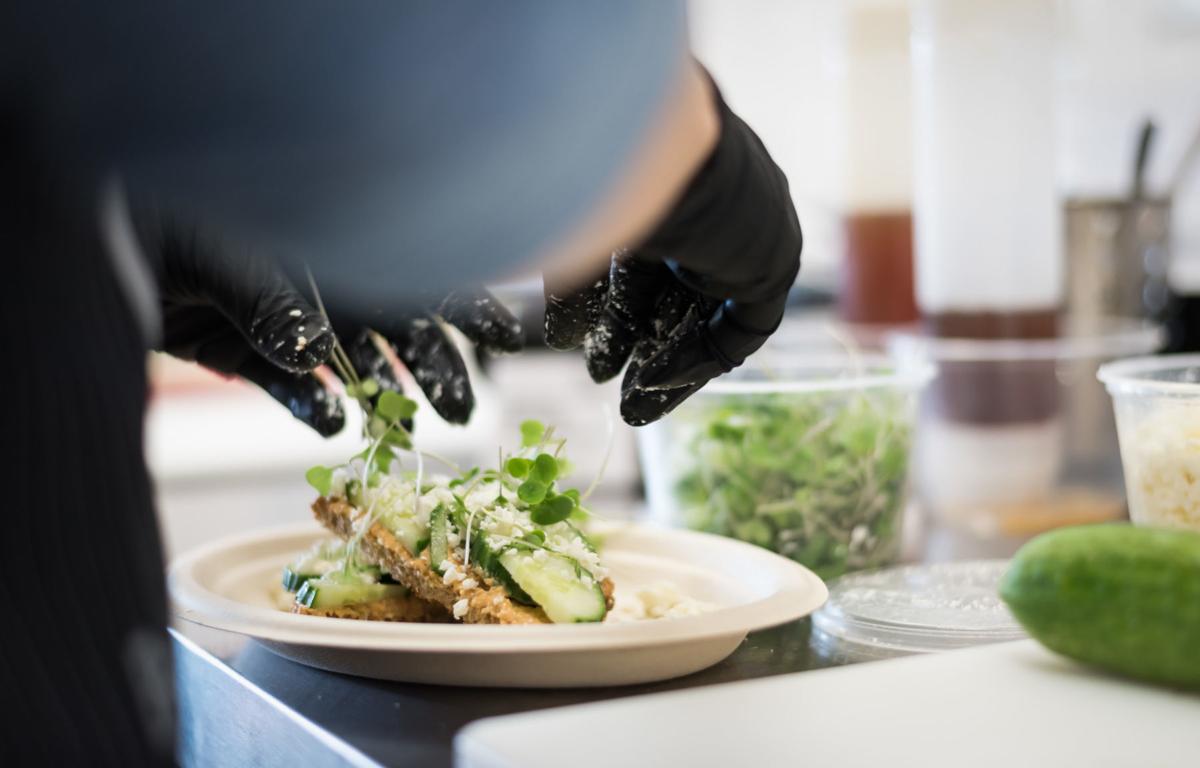 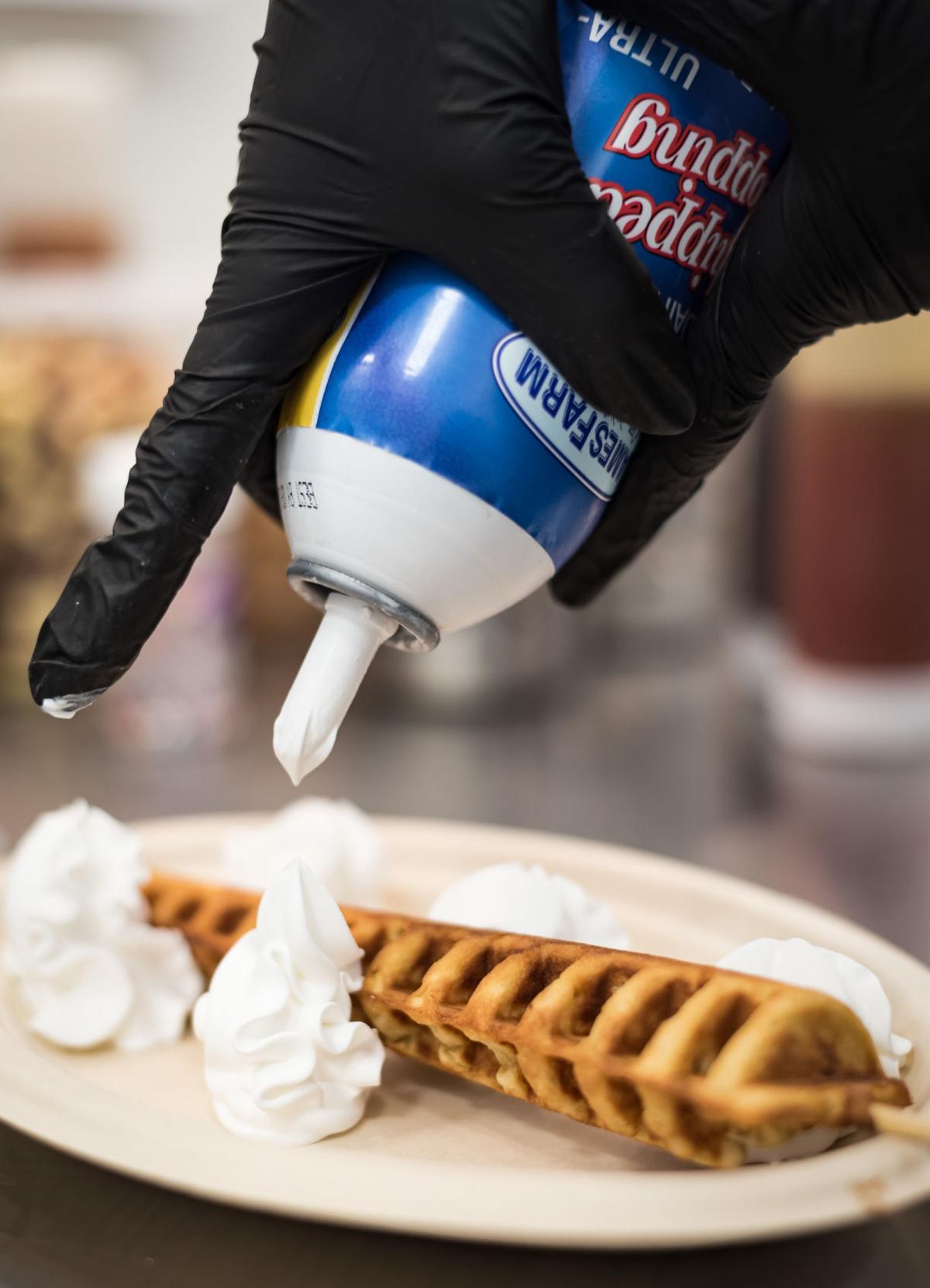 Candi Little adds whipped cream to a waffle pop to make it a Sweet Pop at Cafe Vara Du. 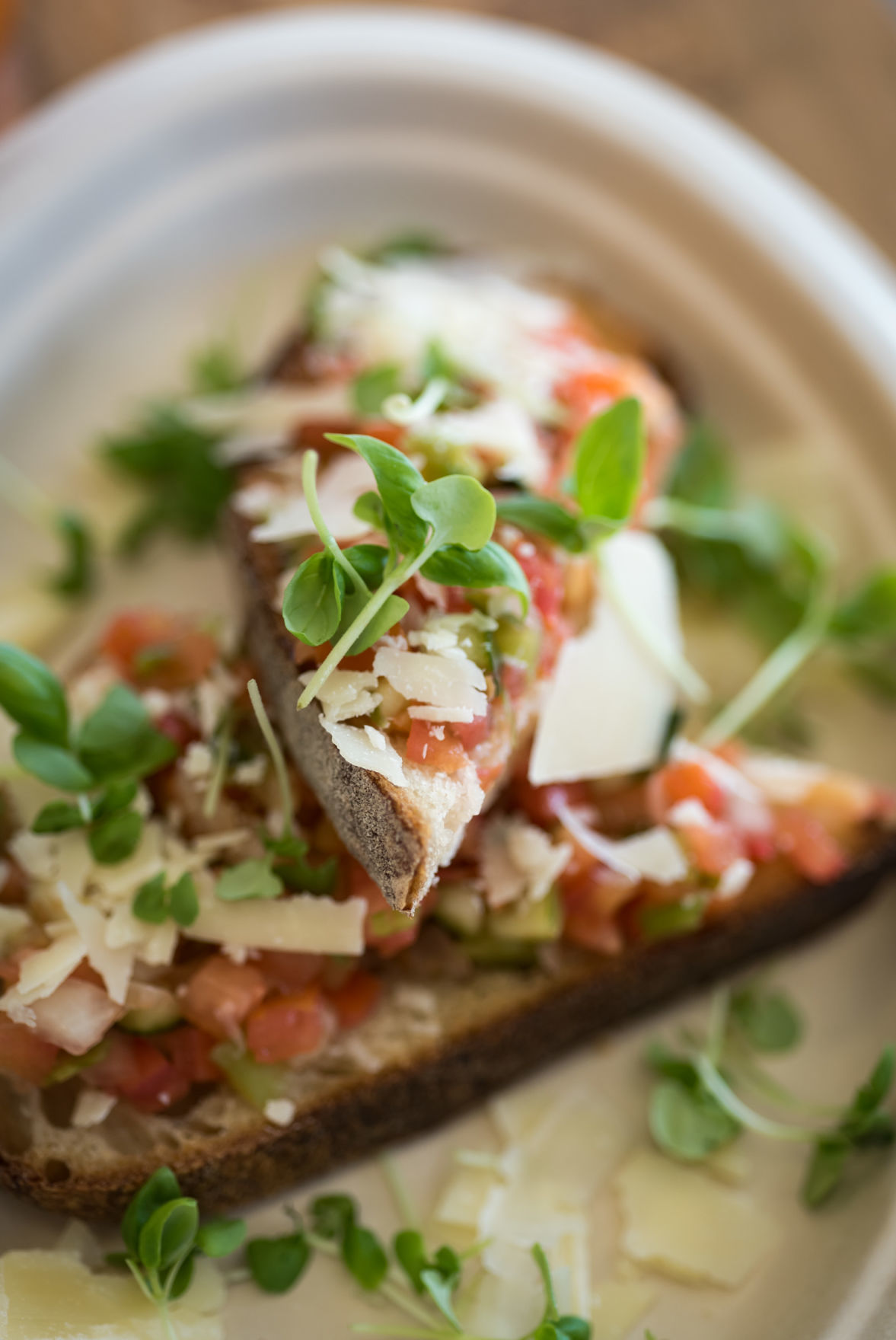 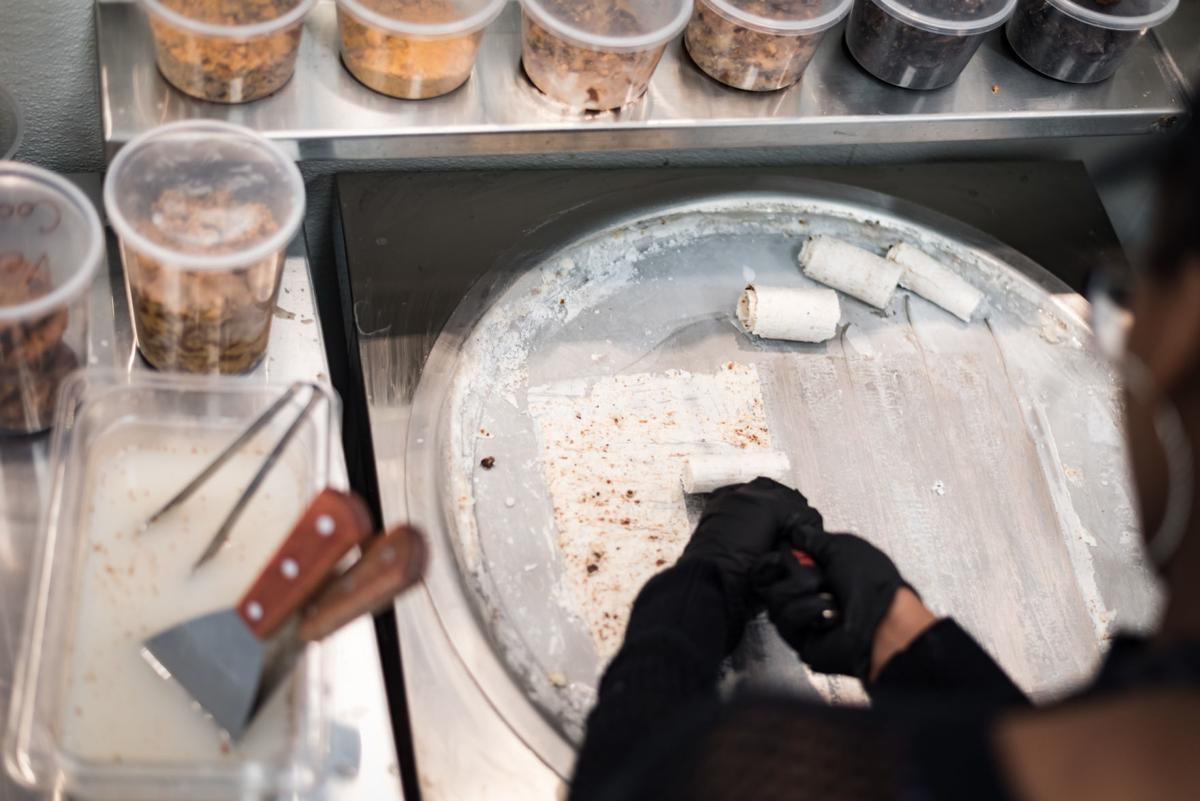 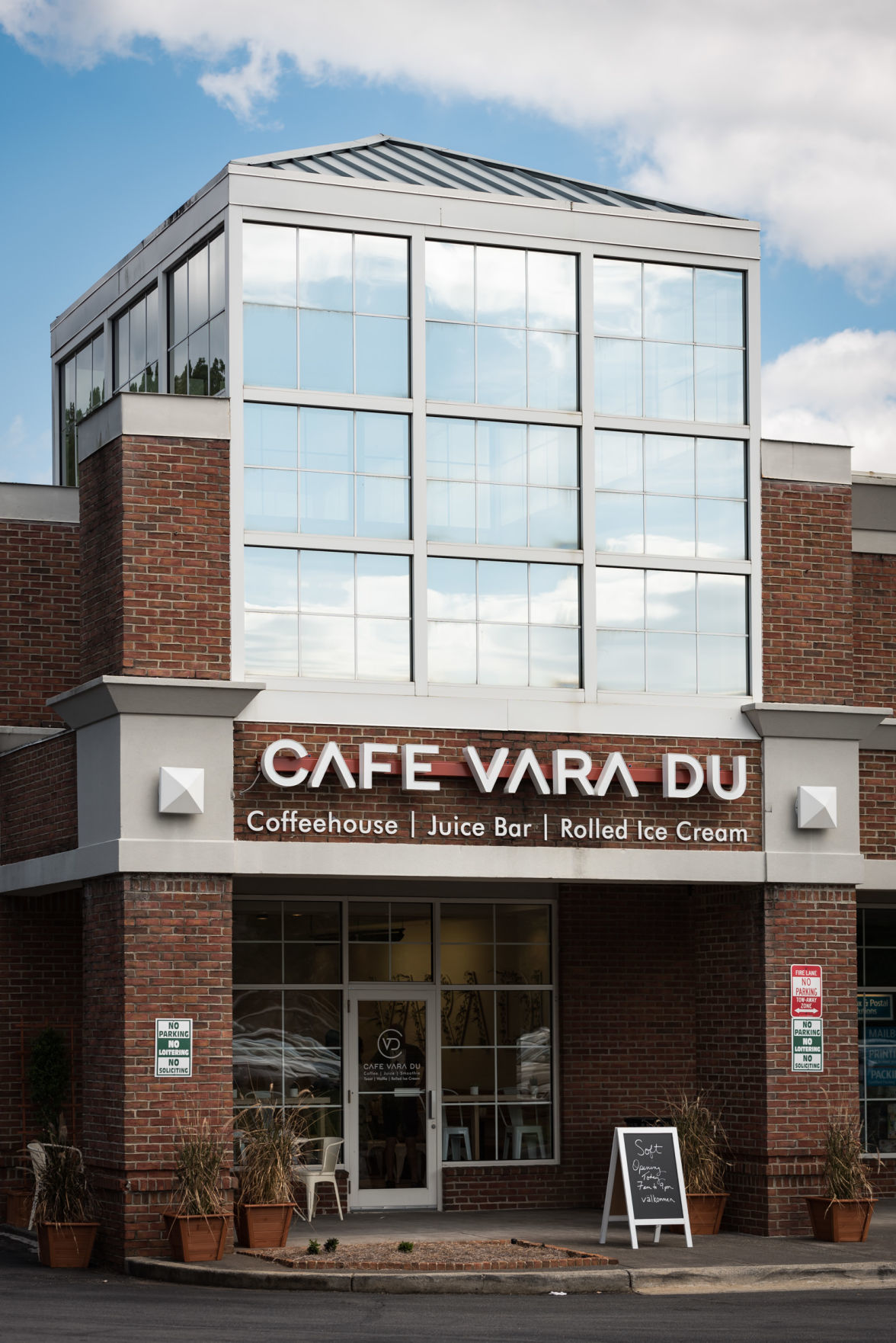 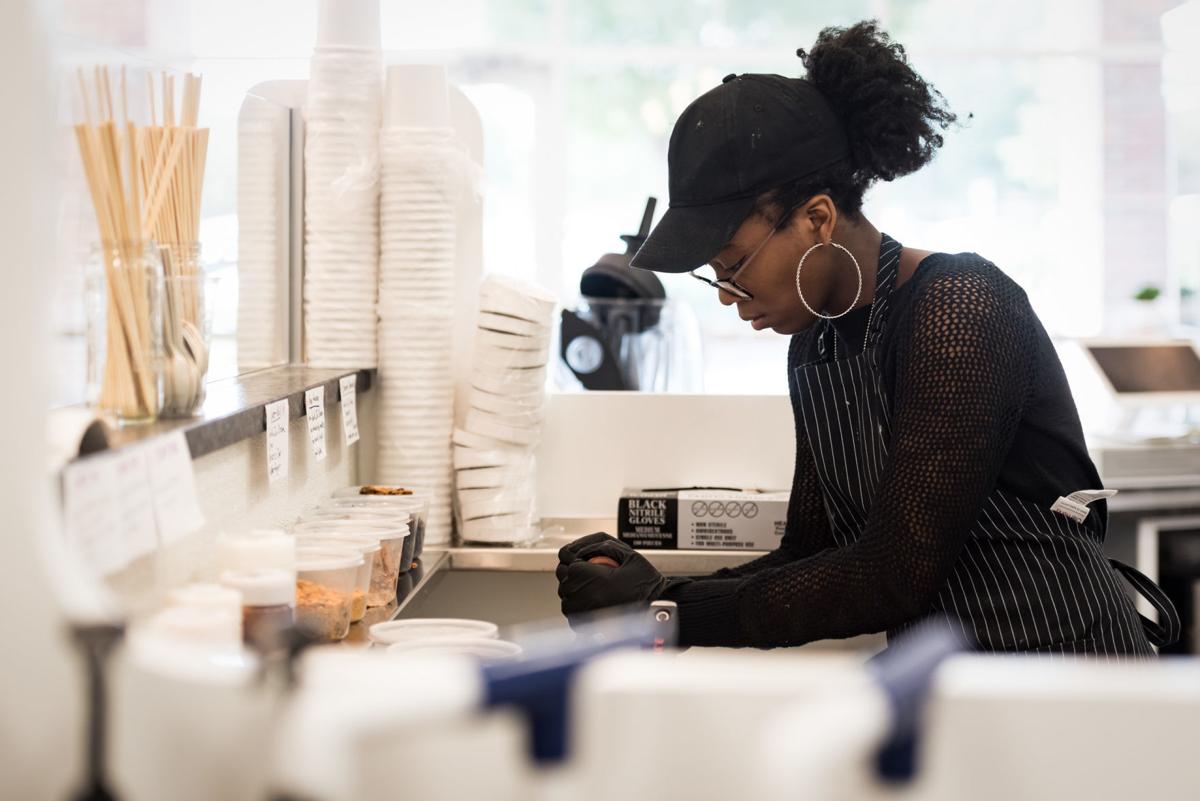 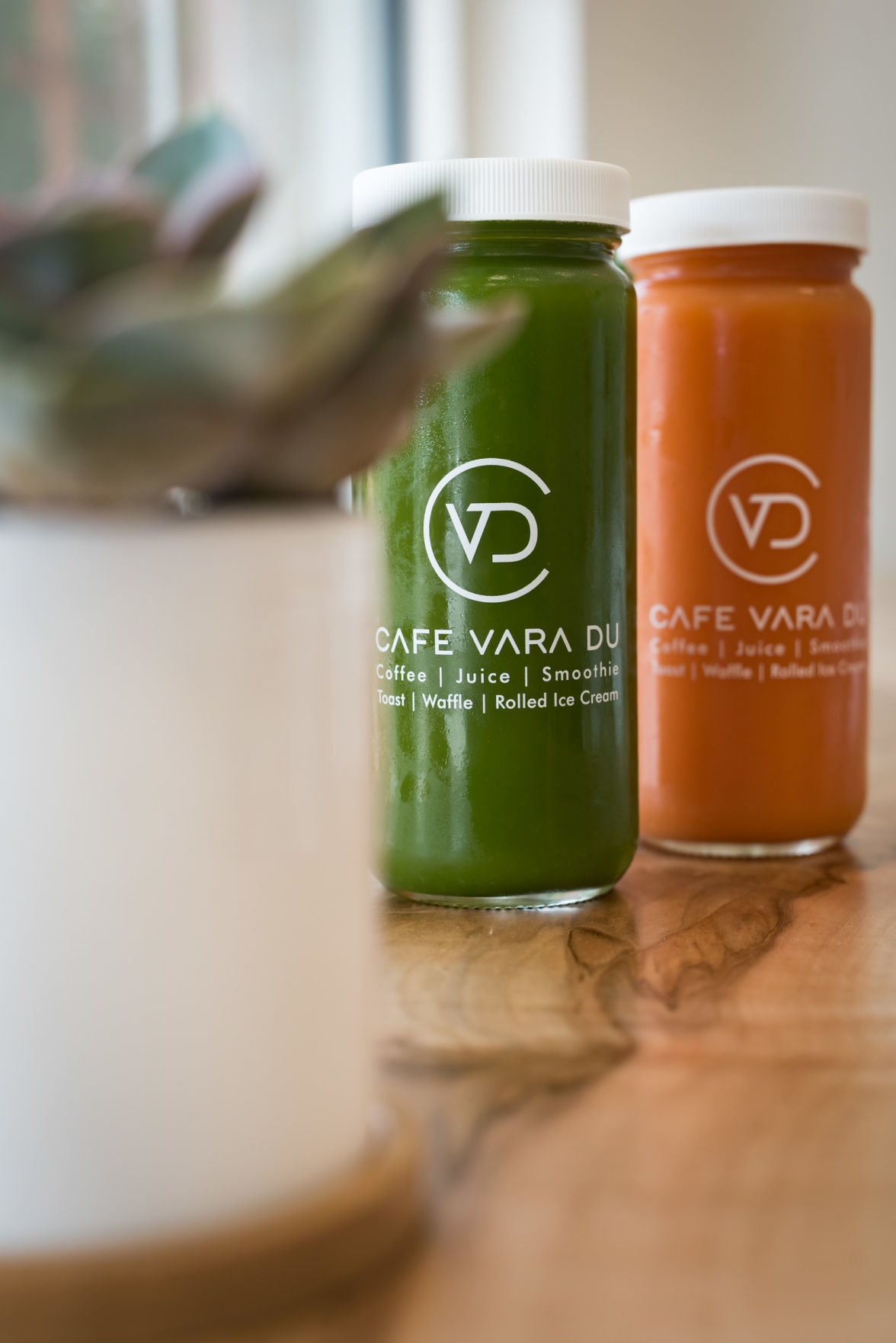 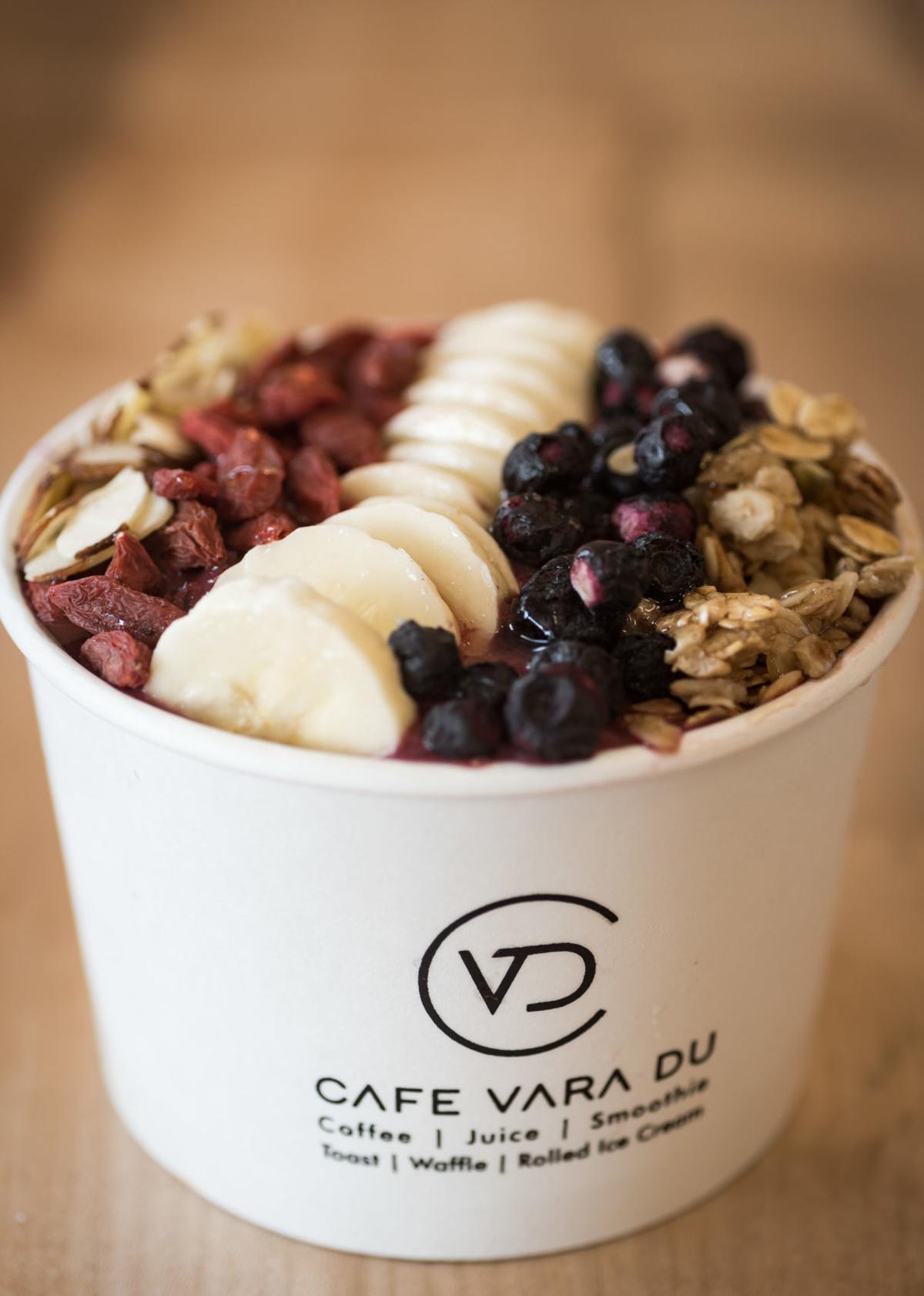 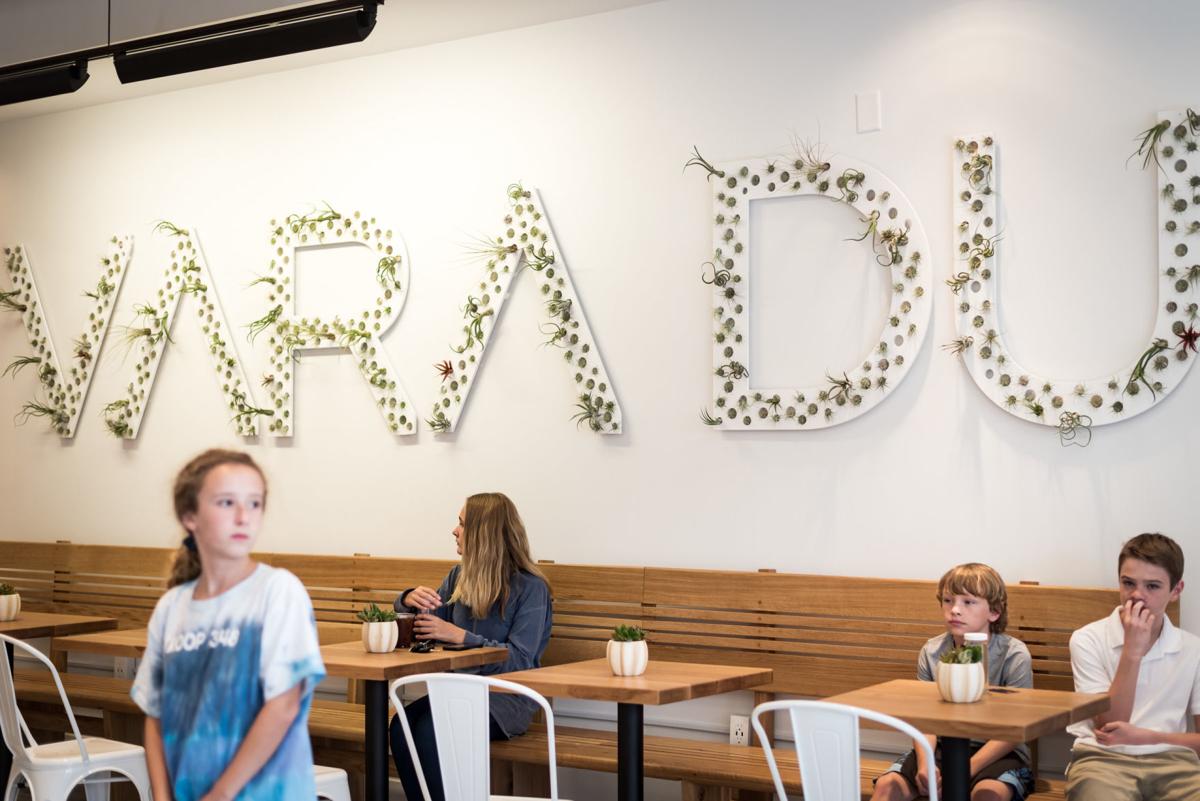 Customers wait for their orders at Cafe Vara Du on Thursday in Whitaker Square shopping center in Winston-Salem. 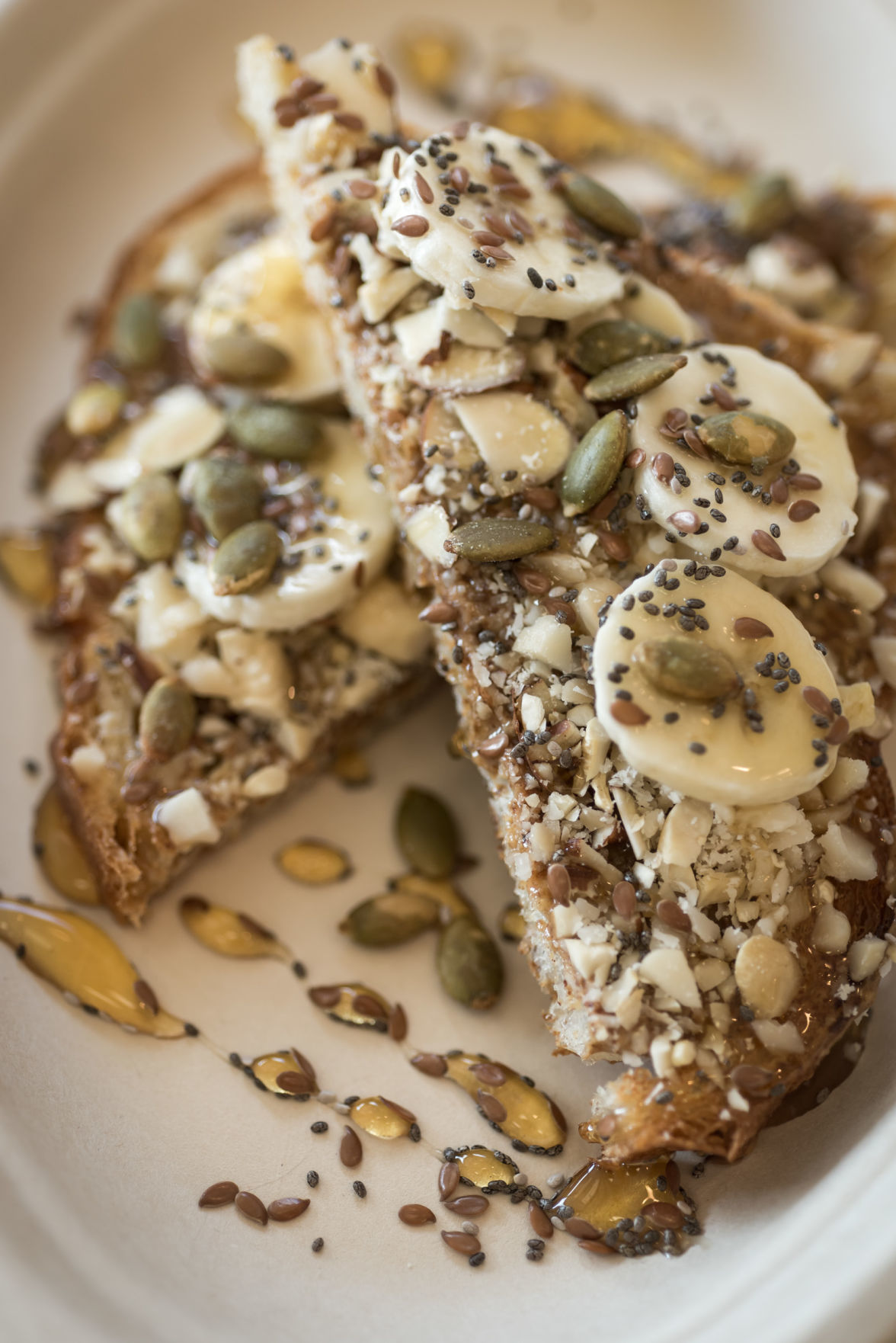 Candi Little adds whipped cream to a waffle pop to make it a Sweet Pop at Cafe Vara Du.

Customers wait for their orders at Cafe Vara Du on Thursday in Whitaker Square shopping center in Winston-Salem.

George Memory, the owner of Organix Juice Bars, has opened a new concept in Whitaker Square.

He has tried out some ideas for Cafe Vara Du in the Greensboro Organix store, which is more spacious than the one in Winston-Salem. Unlike the Winston-Salem Organix, which sells only juice, the Greensboro store also sells toasts, smoothies and smoothie bowls.

“This has been brewing almost 18 months,” he said. “It started because I’ve always been really passionate about coffee, but I didn’t want to do that next to Ardmore Coffee (near Organix on Hawthorne Road). I didn’t want to step on my neighbor’s toes.”

Memory thought about naming the café Organix, but changed his mind, largely as a result of his experiences in Greensboro. He said he found that many people associated the name Organix with juice and only juice.

He also wanted to create a café that is for everyone, not just the health-conscious customers who typical visit juice bars. “My experience in the juice-bar world — and this includes visiting them in a lot of other cities — is that sometimes there can be a lot of judging,” he said. “People who aren’t doing a healthy diet sometimes feel uncomfortable in a juice bar.”

By the same token, health-conscious customers often expect a juice bar to offer only healthy items.

“My goal was shake up that model, so that everyone feels comfortable,” he said.

Because Memory’s new concept mixes healthy juices and smoothies with indulgent waffles and ice cream, he felt that a new name was in order.

“Vara Du” name means “Be You,” in Swedish. The café’s décor is vaguely Swedish, too, with a minimalist, contemporary feel; lots of natural light; white walls; and simple furniture.

Memory designed the 1,350-square-foot space himself, and he hired John Sherwood at Sherwood Woodcraft to help execute his vision. Part of that vision is the café’s name in three-foot-high letters mounted along one wall. Holes drilled in the letters are filled with air plants. Memory said he bought 400 tiny plants to fill the holes.

The menu, like the décor, is minimalist. “I tried to keep it to 3 or 4 items in every category,” Memory said.

Any smoothie can be turned into a 16-ounce smoothie bowl ($11) with the addition of açaí berries, granola, honey goji berries and banana.

Memory said he buys breads from Camino Bakery in Winston-Salem, microgreens from Fair Share Farm in Pfafftown and hummus from Roots in Asheville.

Waffle pops ($5) are just what they sound like — Belgian waffle batter cooked on a long stick, and Memory said he thinks Café Vara Du is the only café serving them in North Carolina. “I wanted to have something unique to this area,” he said.

Waffle pops are made to order and served warm. They are available with just maple syrup or with a mixture of nuts and maple syrup, or with honey, chocolate syrup and bits of Oreos and Butterfingers. Memory said he plans to add gluten-free waffles in the future.

The café seats 18 inside and also has a patio. It also has a drive-thru left over from a former tenant, Smoothie King, and Memory said he’d like to start using that at some point.

Memory said he designed Cafe Vara Du as a place that has something for just about everyone, no matter what kind of diet or food preferences you have.

“We want a place where everyone can be accommodated,” he said. “It’s like the name says, ‘Be You.’ Do what you makes happy.”