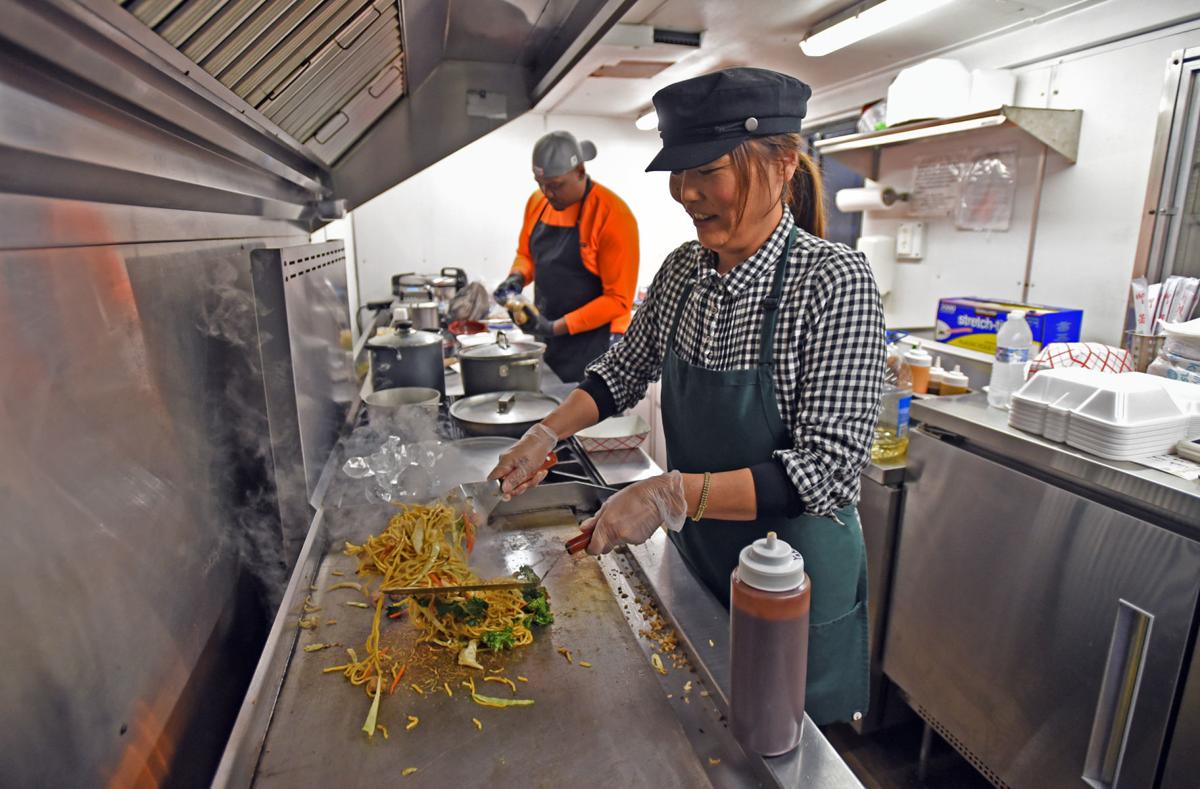 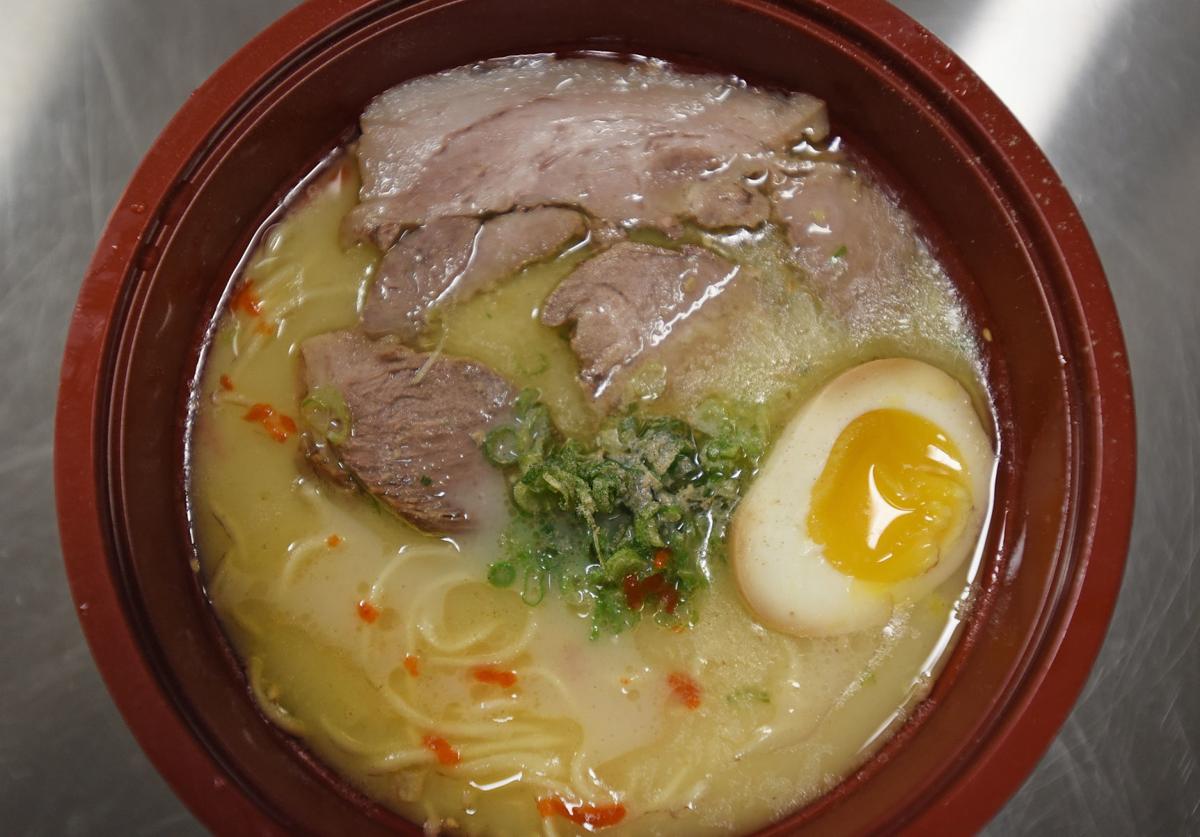 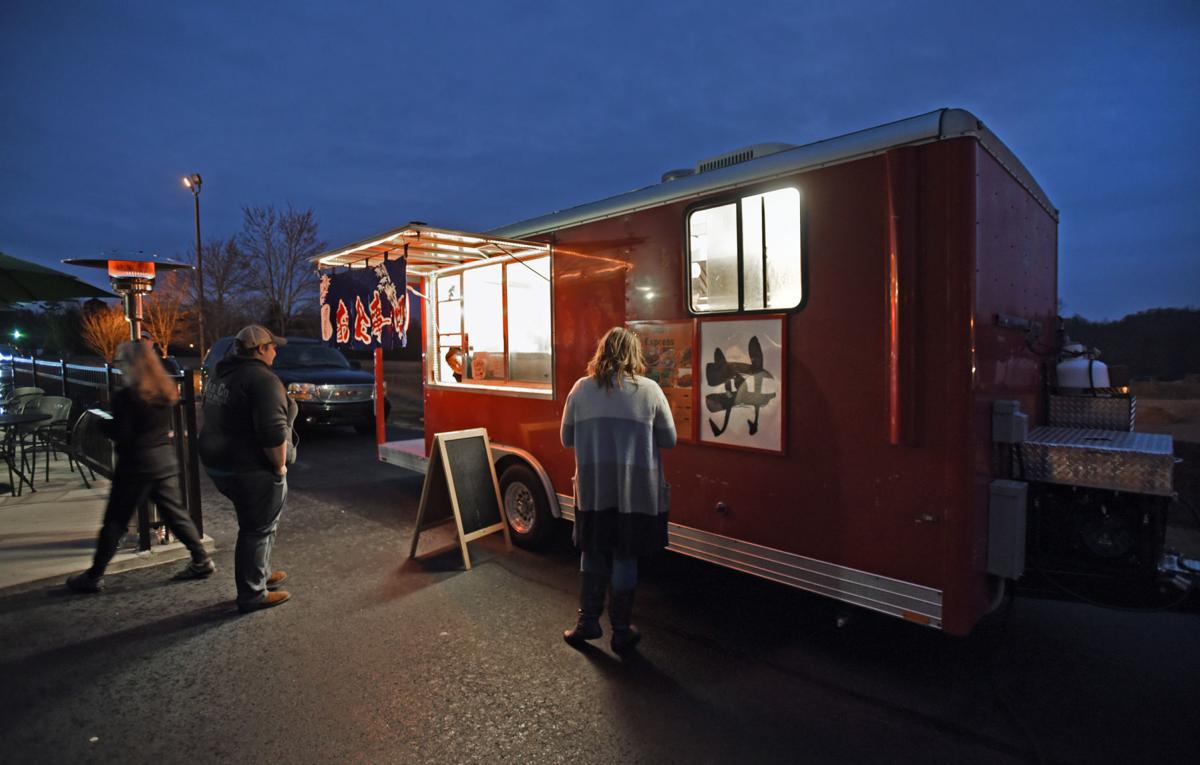 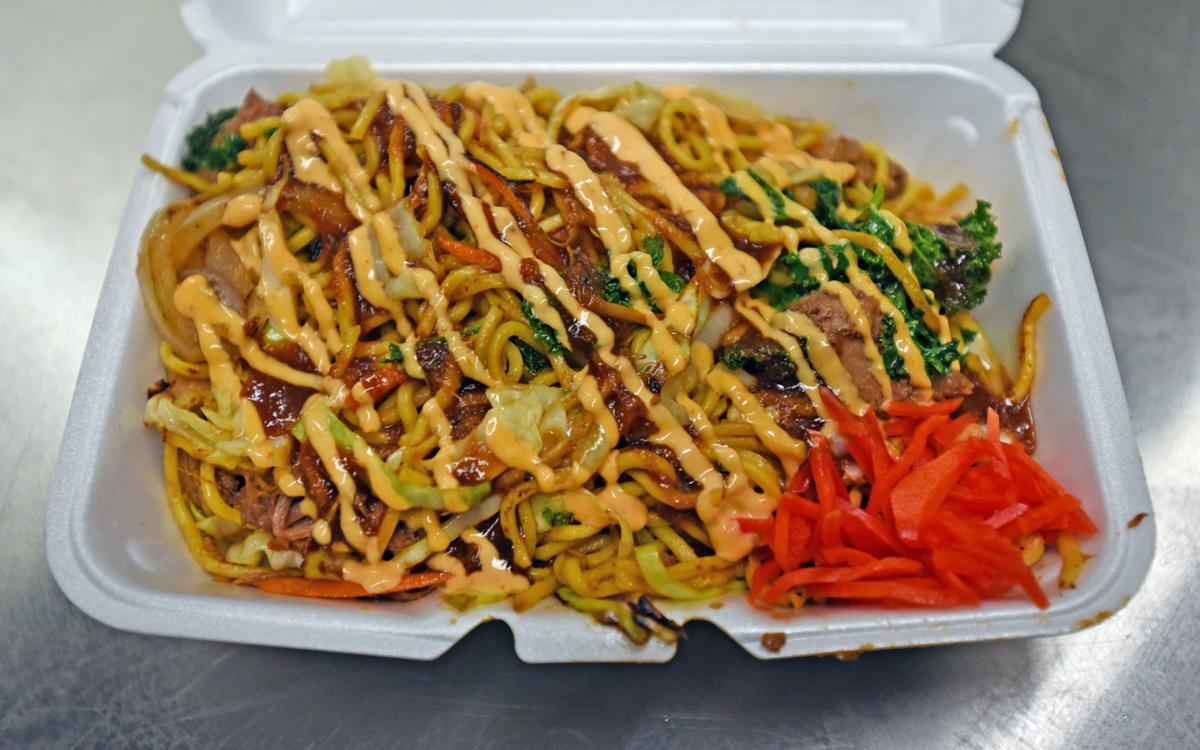 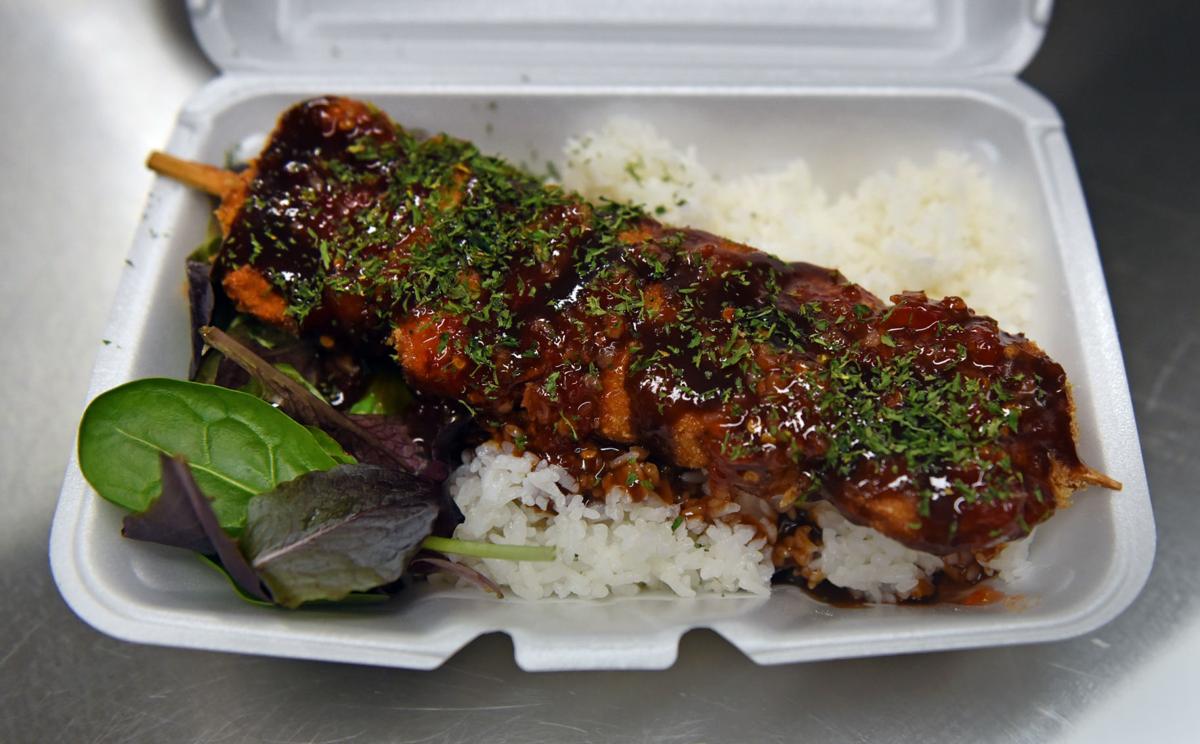 So far, the Don Express has been limited to operation one or two days a week, mostly weekends.

Phillips is married to James Phillips, who grew up here. They met when he was in the U.S. Navy and stationed in Yokusuka, Japan. The couple have lived together in Winston-Salem for the past 20 years.

Phillips worked for Aramark food-service company at Wake Forest University for 10 years, including management of its Starbucks shops on campus. More recently, she was a manager at a local Japanese steakhouse for four years.

She works on the truck with her husband, who also runs James Electric Co., and their 18-year-old son, Kai, a senior at Mount Tabor High School.

Phillips supplements those with specials, including okonomiyaki.

She takes pride in her homemade ramen, featuring her homemade pork broth and imported noodles. “I do real Japanese street food,” she said. “This is what they sell in Japaneze yatai (food carts) when you go to festivals or to see fireworks.”

She said that reception to her food has been good, even though there is not a large community of Japanese immigrants in this area. “I’ve been lucky. As soon as we open there’s a line,” she said. “I’m not marketing to Japanese. I want Americans to enjoy Japanese culture.”