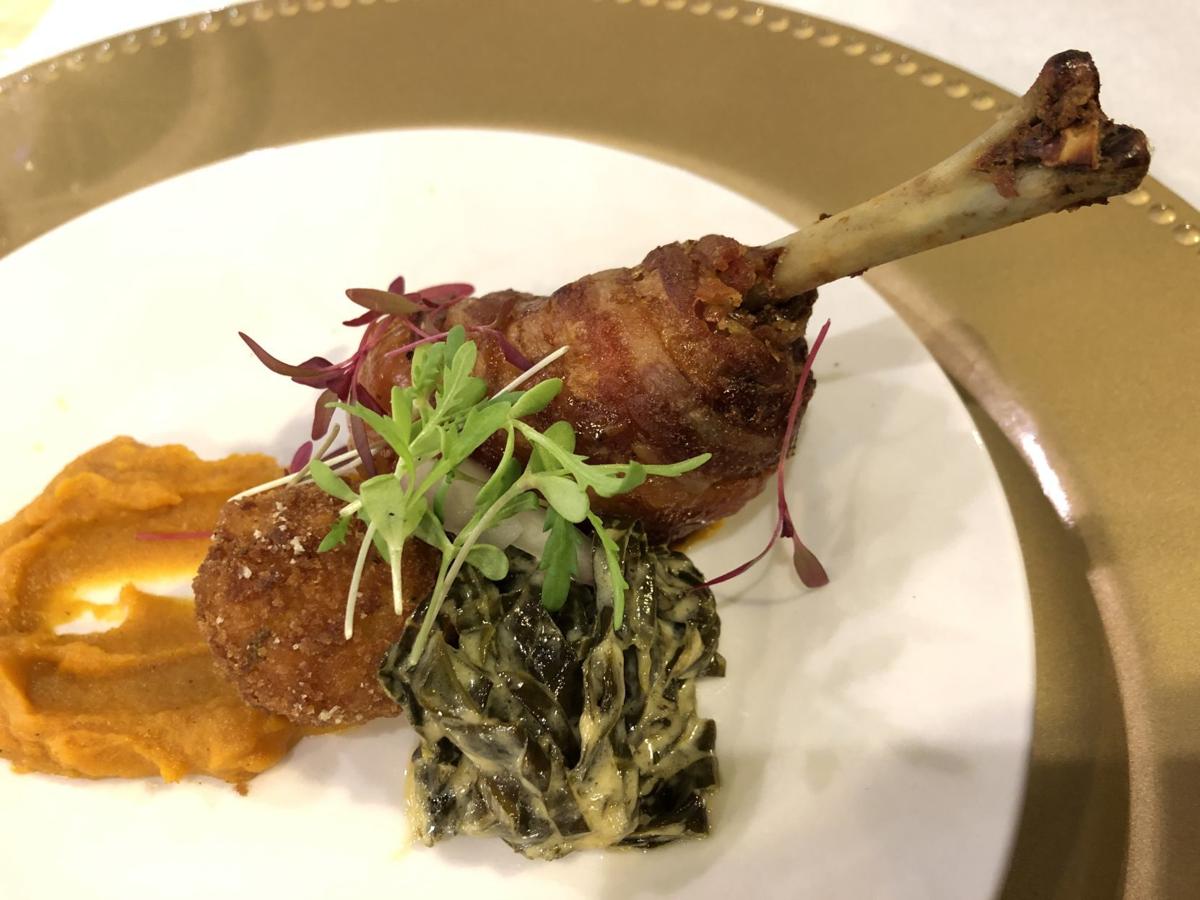 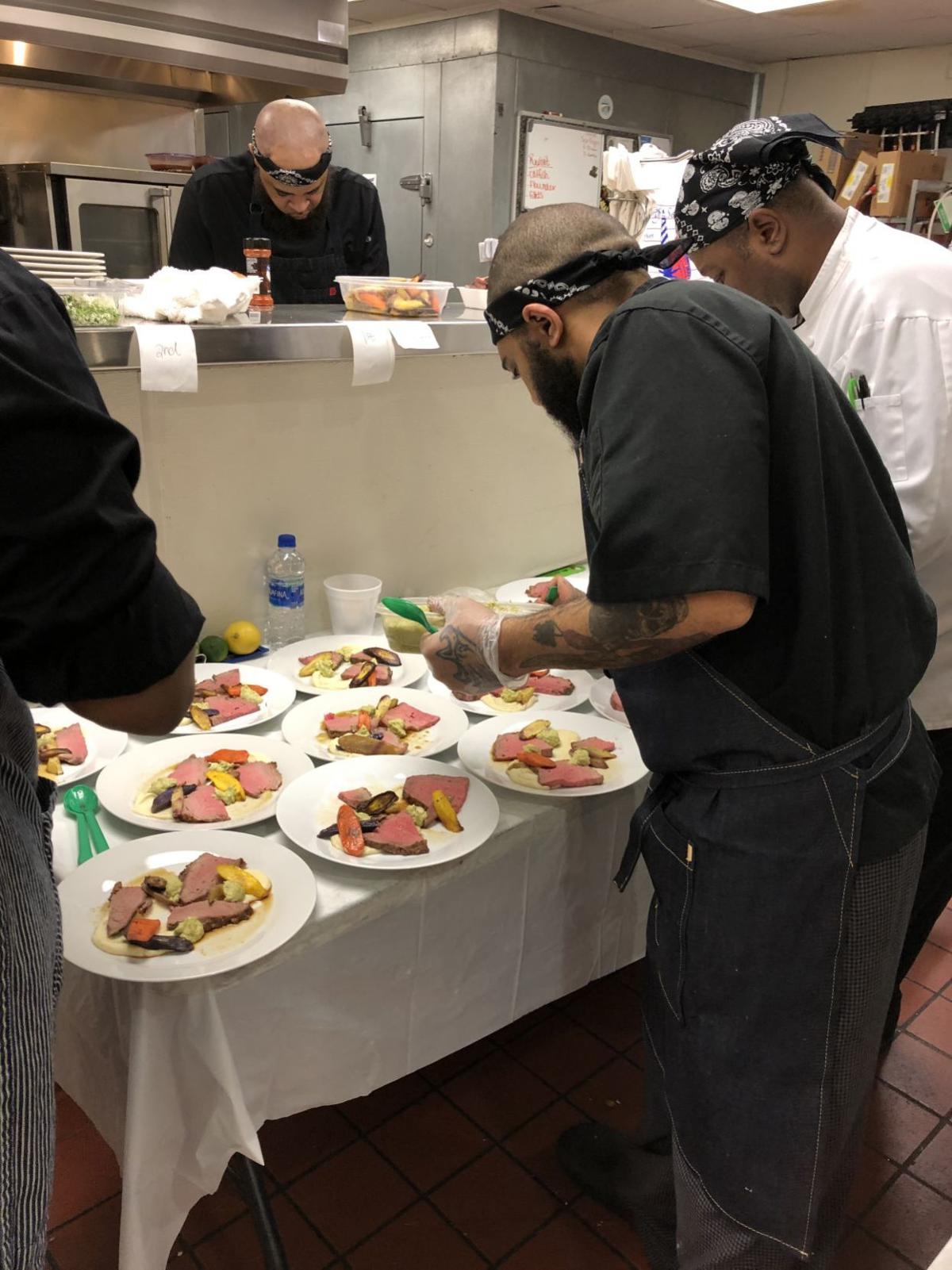 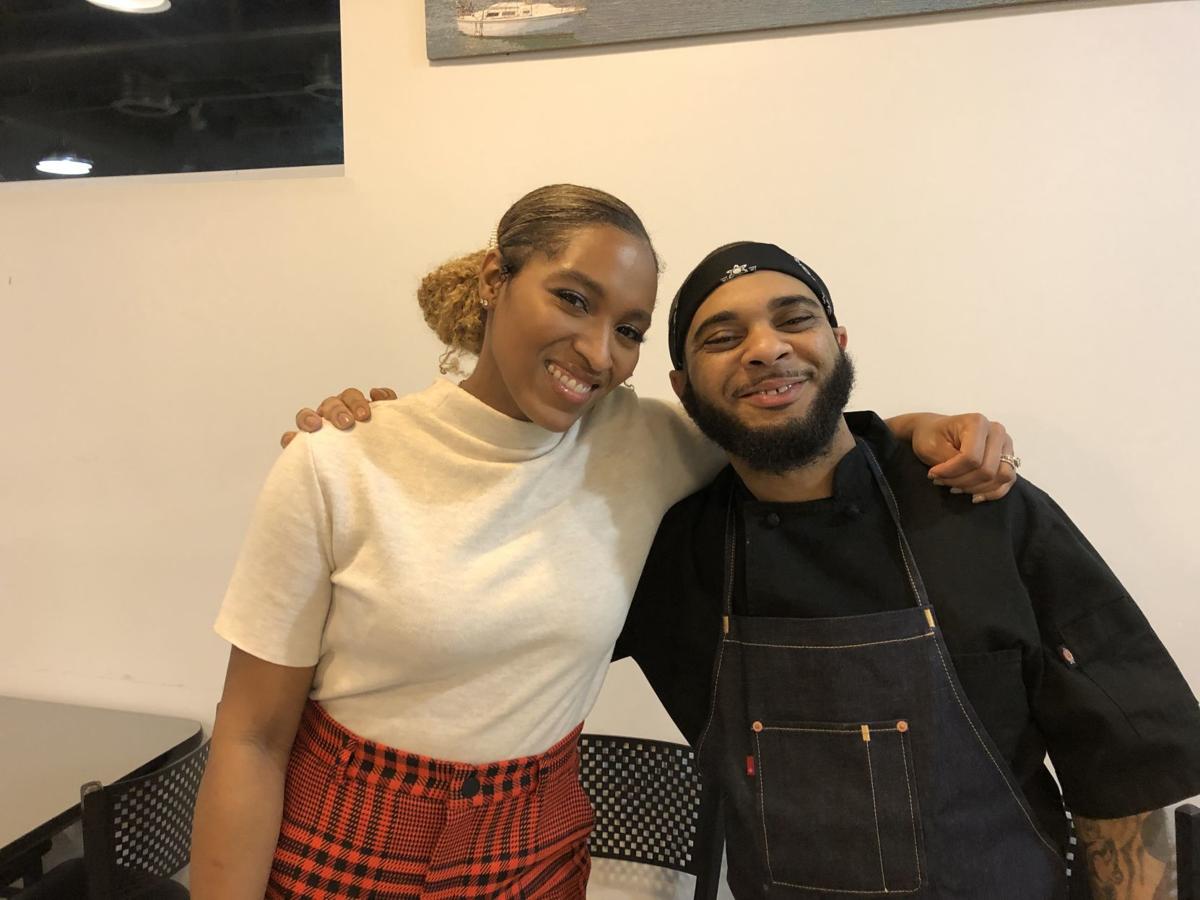 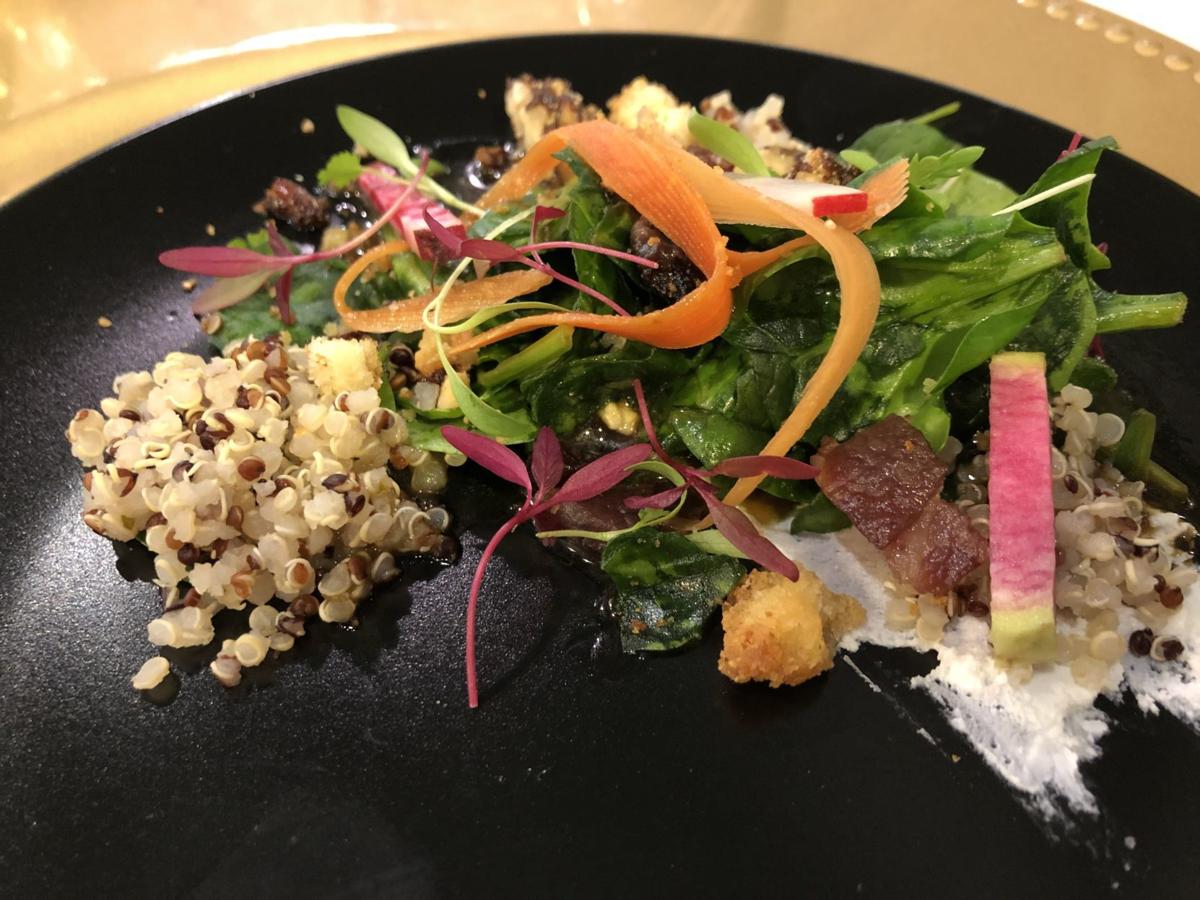 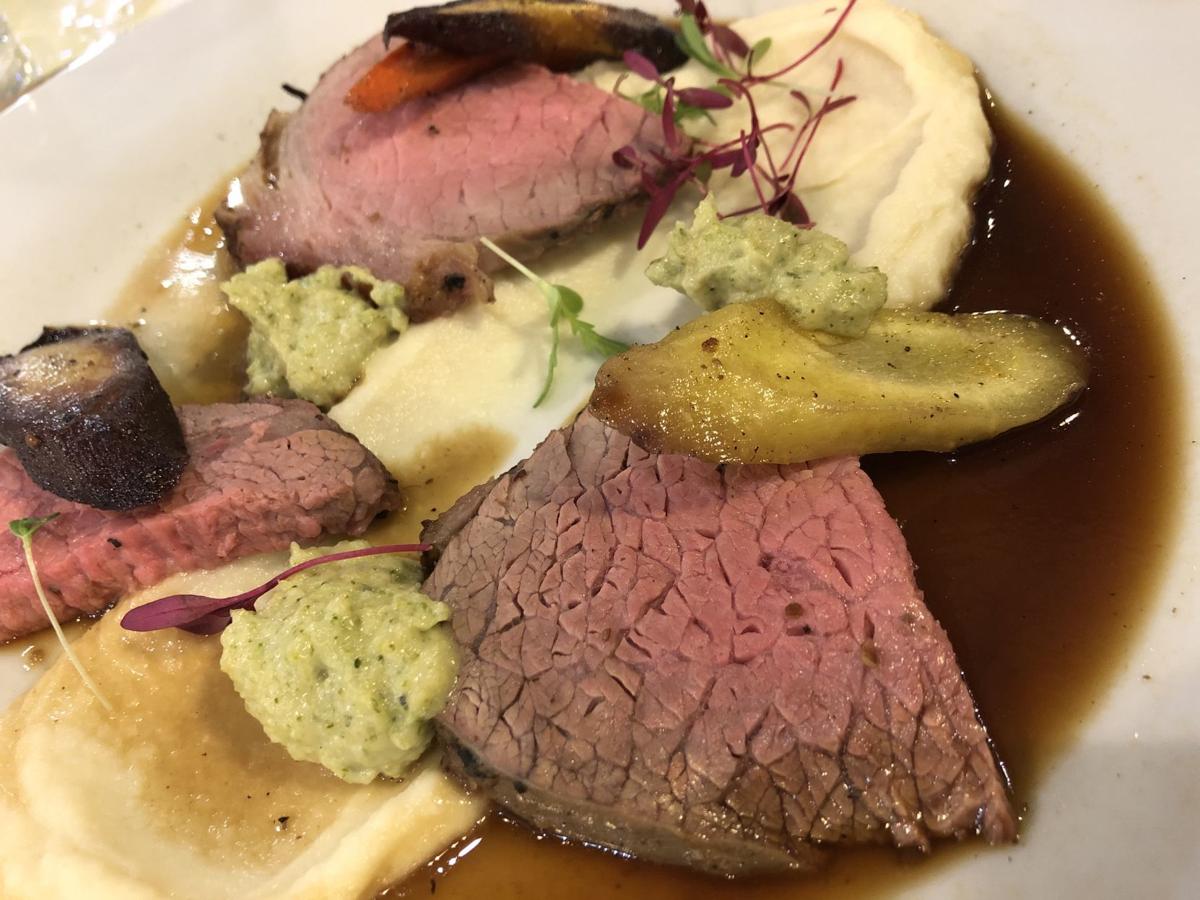 A handful of Winston-Salem chefs honored Martin Luther King Jr. in their own fashion Sunday night — through food.

The Table Experience, a pop-up dinner program founded by Ashley Hardesty Armstrong, held a King dinner at Forsyth Seafood Market and Café, which she co-owns with her mother, Virginia Hardesty.

About 25 attended the five-course dinner on Martin Luther King Jr. Drive on a night when the café is normally closed.

Armstrong started The Table Experience about three years ago as a way to share her love of all things culinary with the Winston-Salem community. The Table Experience offers occasional special suppers that typically are of a collaborative nature, being held with different chefs at different venues around town.

The King dinner was Armstrong’s fourth collaboration with Terrell Anistead, an up-and-coming chef who is a graduate of Triad Community Kitchen (now Providence Culinary Training) who honed his skills under former chef Travis Myers of Willow’s Bistro. Anistead is currently back working with former instructors and colleagues at Providence Restaurant and Catering.

“We’ve been doing this for a few years, but this is the first time we’ve had a dinner for Martin Luther King,” Armstrong said. “We decided to do a Southern twist on King’s favorite foods.”

The menu began with an amuse bouche of panko fried catfish with Parmesan grits, black-eyed peas, pork jowls and potlikker. Next came a bacon-wrapped lollipop chicken leg with fried mac-‘n’-cheese, sweet potato puree and creamed collard greens. “Fried chicken was of one of Dr. King’s favorite things,” Anistead said, “but instead of doing fried chicken, I wrapped the leg in bacon and fried the macaroni and cheese instead.”

The third-course entrée consisted of prime rib with a puree of celery root, parsnip and horseradish; sliced carrots and fingerling potatoes; broccoli pesto; and rosemary jus. “I had read that the night before he died, King had ribeye, mashed potatoes, broccoli and salad, so I just kind of did it a little differently,” Anistead said.

Next same a twist on pecan pie, a favorite dessert of King’s. Hairston came up with the idea of making a pecan bar, with chocolate, caramel and bacon, to add a new and slightly savory twist on this Southern favorite.

The meal ended with an almost bite-size deconstructed cheesecake on a bed of cooked local Pink Lady apples with a ladyfinger crust and peanut-and-mint topping — all served in a dainty domed-covered pedestal.

At the end of the meal, following a round of applause, Anistead passed along much of the credit to his fellow chefs. “These are faces you don’t necessarily see or hear about, but these are up-and-coming chefs,” he said. “Ashley and I met at an event like this and that’s how we connected, so we’re just trying to connect with other chefs. We’re trying to keep growing the community.”