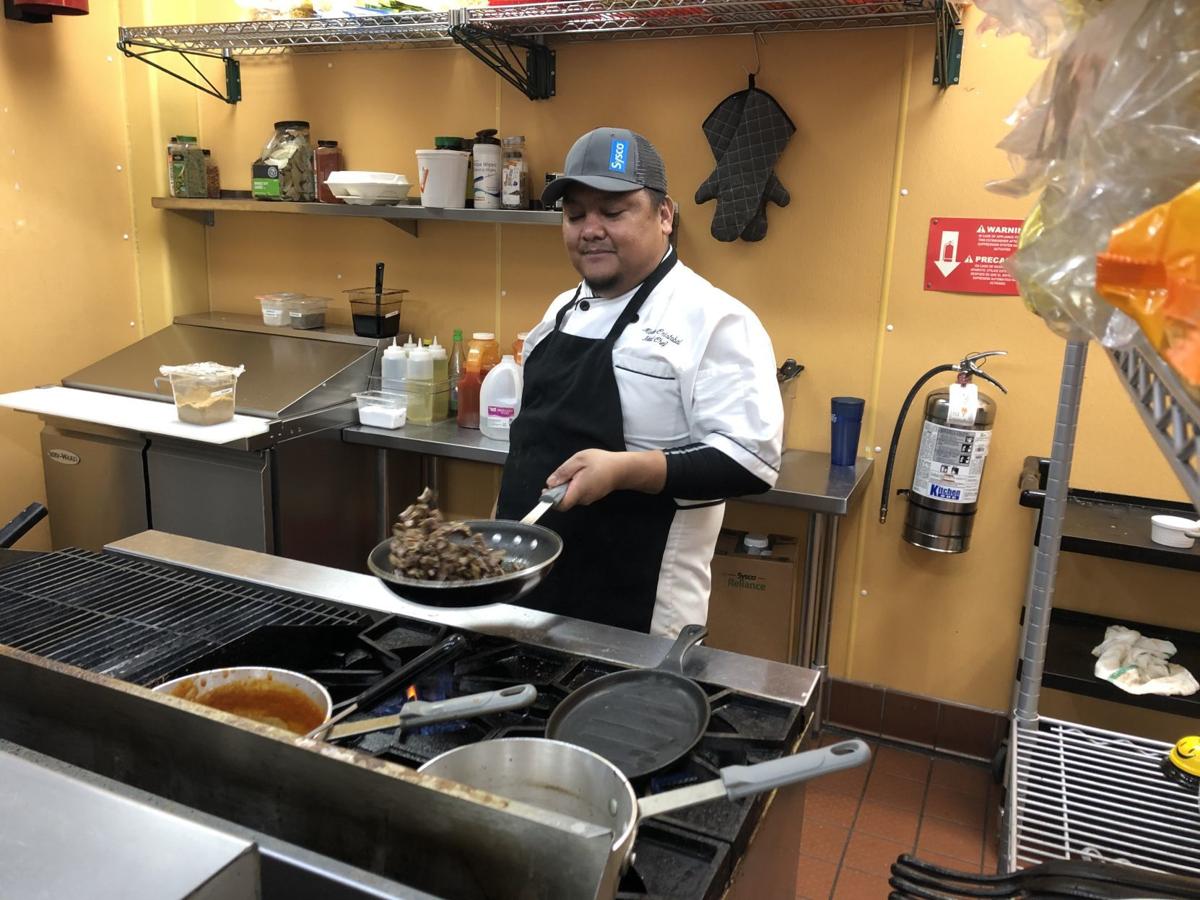 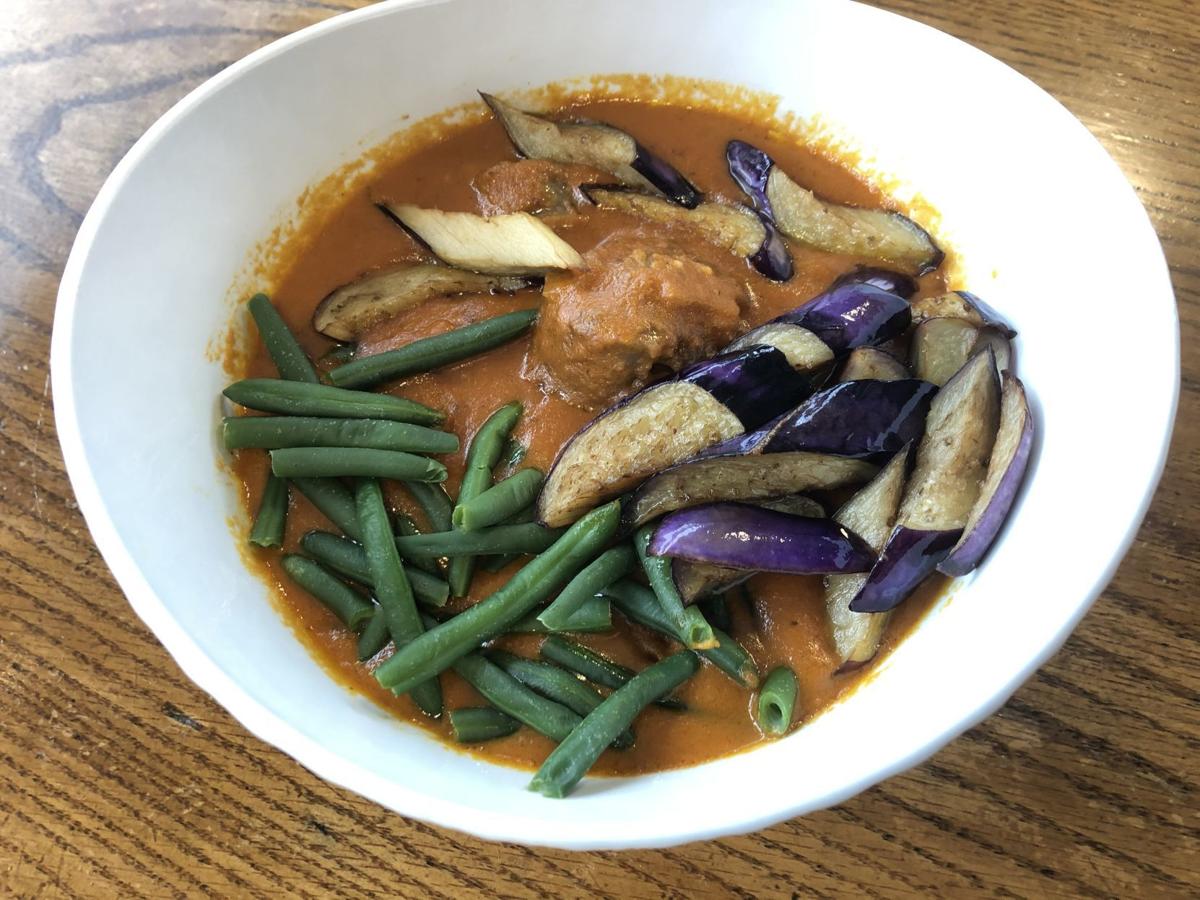 Kare-kare, or oxtails in peanut sauce with green beans and eggplant at Island Cuisine in Clemmons.

Kare-kare, or oxtails in peanut sauce with green beans and eggplant at Island Cuisine in Clemmons.

CLEMMONS — The original chef from Asian BBQ & Grill now has his own restaurant.

Island Cuisine opened at 6246 Towncenter Drive in late January. Marlon Cristobal, a native of the Philippines, is the chef and owner.

“I’ve known about Marlon for a while, because he was cooking parties for a lot of people,” Roach said. “Then I met him in person at Asian BBQ & Grill – I used to eat there a lot.”

Cristobal left Asian BBQ after just a few months and that restaurant has since closed.

As soon as Cristobal decided he wanted to open his own place, he called Roach to help him find a space to lease.

Roach has lived in the area for many years. Cristobal moved to Winston-Salem about six years ago from the United Kingdom when his wife, Anna Lisa, an ICU nurse, was hired by Wake Forest Baptist Health.

Cristobal said he was washing dishes in a hotel restaurant in the U.K. when a chef recognized his potential and sent him to cooking school. Before he moved to Winston-Salem, he said, he was cooking at the Holiday Inn at Heathrow Airport. "I learned to cook everything under the sun," he said. "But here I'm doing my (Filipino) home cooking."

The restaurant offers mostly Filipino dishes, but it also sells ramen and rice bowls and other Asian fare. Cristobal and Roach said that Filipino cuisine has many other influences, including Spanish, Chinese and Korean.

But Filipino food tends to be simply seasoned comfort food. “We don’t use many spices,” Cristobal said. Other than salt and pepper, soy sauce is the predominant seasoning. Dishes are not spicy as in many Asian countries.

Chicken, pork and fish are the prevalent proteins, and common ingredients include plantains, pineapple, coconut, tomatoes, avocado, garlic, onions and vinegar. Rice is a staple with every meal.

The menu offers breakfast anytime – Filipino style. You can get a whole butterflied Japanese eggplant cooked with egg like an omelet. Milkfish is marinated in vinegar and then fried. Thinly sliced beef is marinated in soy sauce and sautéed.

Hot dogs are grilled or fried and served with rice. “This is really popular in the Philippines for breakfast," Roach said. "The hot dogs are plain, and they have to be Purefoods brand.”

Cristobal also offers a full English breakfast with eggs, bangers and baked beans – a nod to his days in England.

Appetizers include lumpia, the Phillippines’ version of an egg roll, long and skinny and traditionally filled with pork. Cristobal does both a pork and vegetarian version for $5 for 5 pieces.

Pancit, or sautéed noodles, are available with choice of rice or wheat noodles and a choice of pork, chicken or shrimp with Napa cabbage, onions and shredded carrots ($9.95 to $11.95).

Entrées include chicken adobo ($8.95), or chicken marinated in soy sauce and vinegar, considered the Philippines’ national dish. Kare-kare ($13.95) is oxtail stew in a peanut sauce. Red snapper ($16.95) is fried whole and served with a pineapple-flavored sweet and sour sauce. Vegetarian dishes include pinkabet ($8.95), which is eggplant sautéed with a mix of other vegetables. Sisig ($13.95) consists of grilled pork or tofu served sizzling hot in a cast-iron pan topped with a fried egg.

Roach said that the restaurant has been busy so far. “There are at least 800 Filipino families in the Triad, mostly in the medical field,” she said.

Roach, who used to do catering, said she originally planned to just help Cristobal with leasing a space, but once Roach found him a spot in Clemmons Town Center, she continued to help him as he prepared to open the restaurant. And she just hasn’t stopped.

Though Roach continues to sell real estate, she’s in the restaurant almost every day. “It’s too exciting. I guess deep down I always wanted a restaurant, too,” she said.