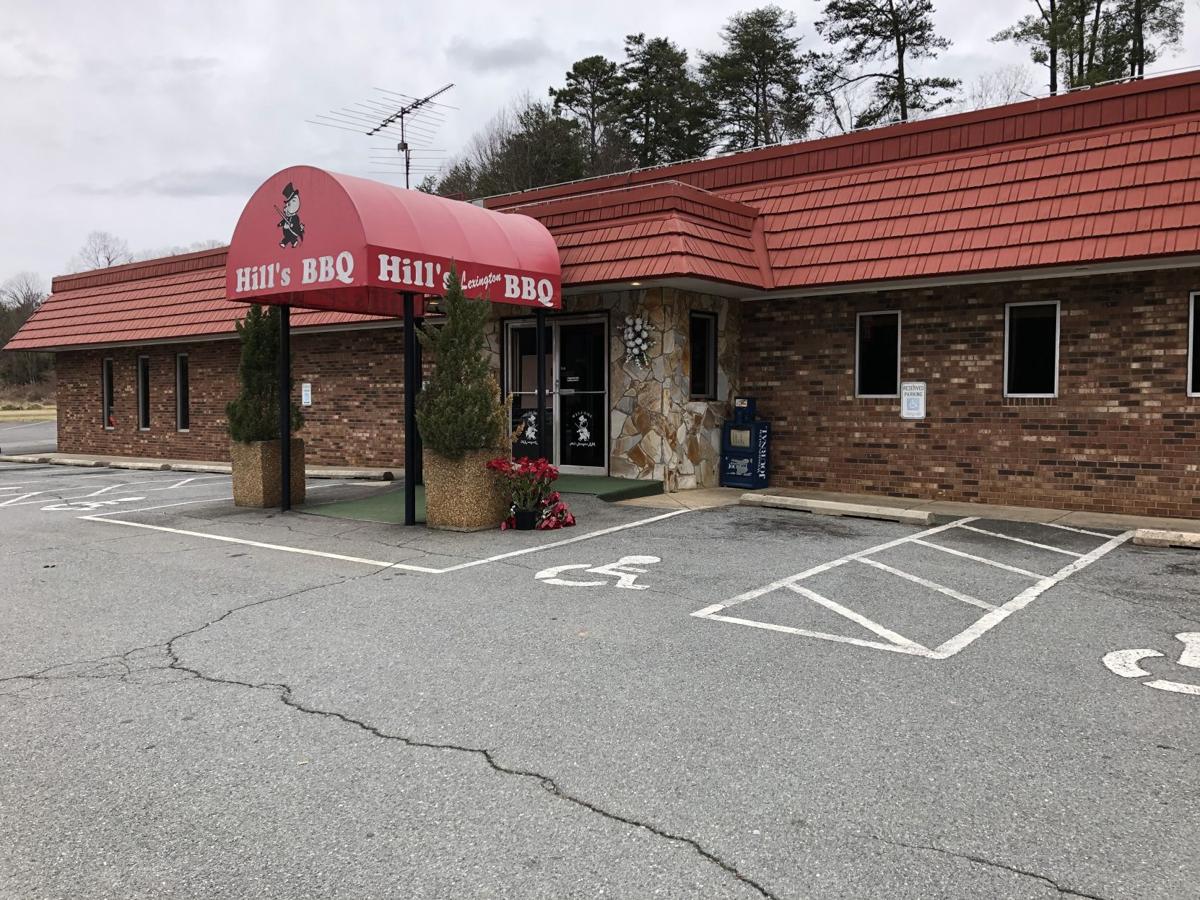 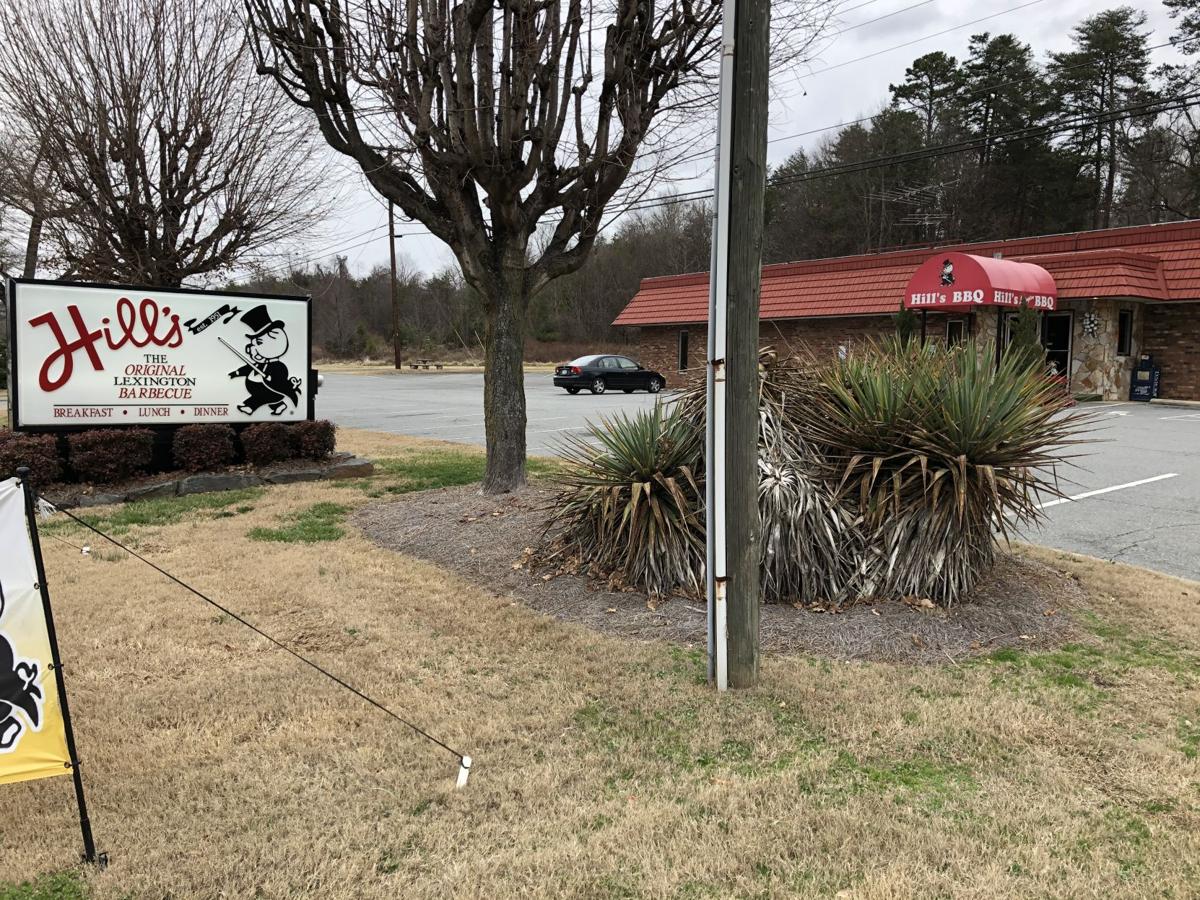 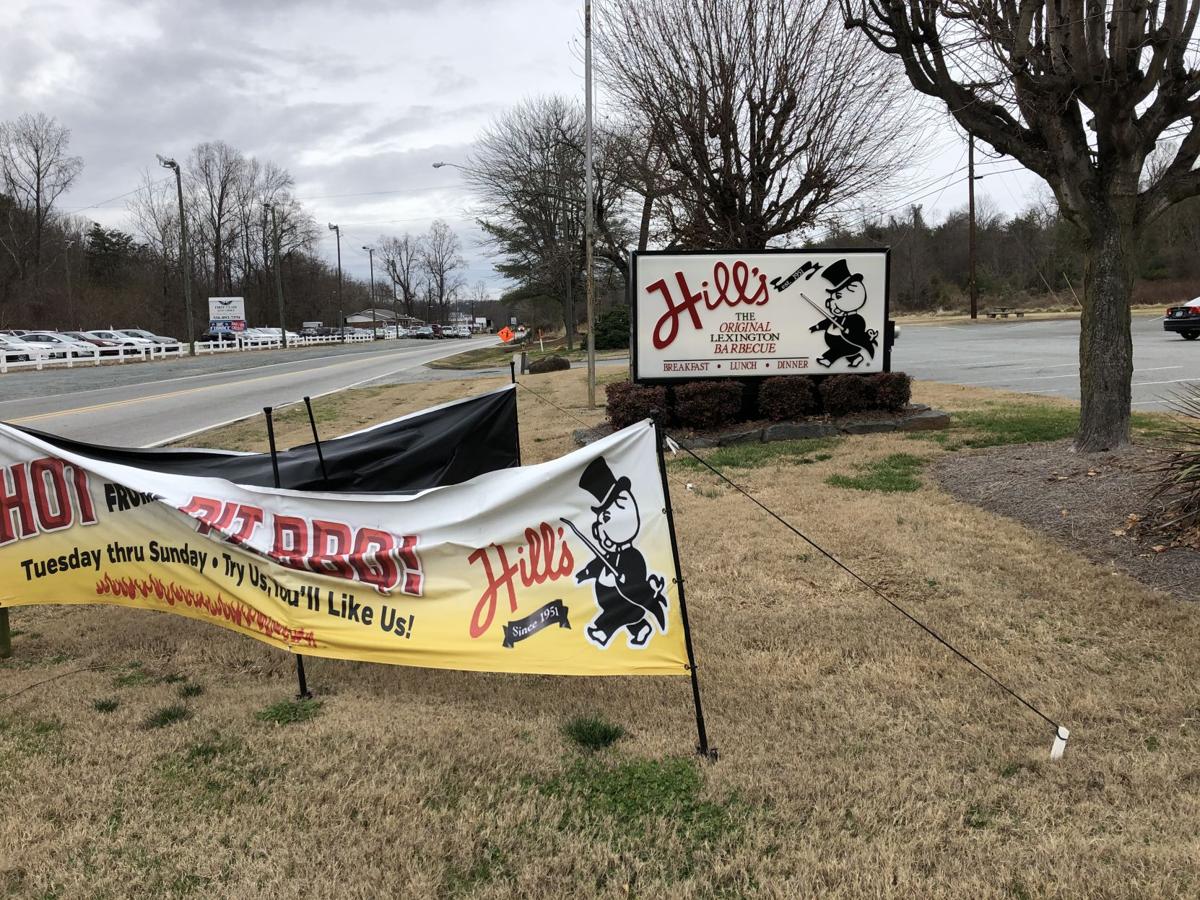 Hill’s Lexington Barbecue has closed for good after 68 years in business in Winston-Salem.

The closing of Hill’s, at 4005 N. Patterson Avenue, was confirmed this week by Eugene S. “Slugger” Hill Jr., whose family has owned the restaurant since its inception.

“Due to the changing times it was in our best interest to put an end to an era,” Hill said in an email.

The restaurant closed Dec. 24 for the holidays and never reopened. On Dec. 28, Eugene Sink Hill Sr., Slugger Hill’s father, passed away at age 87.

Gene Hill’s father, Joe Allen Hill, came to Winston-Salem from Lexington and opened Hill’s in 1951 with his wife, Edna. Hill’s claimed to be the first restaurant to use the term “Lexington Barbecue” in its name. It originally was a drive-in restaurant, according to Jim Early in “The Best Tarheel Barbecue From Murphy to Manteo.”

Gene Hill went to work for his parents as soon as he graduated from high school and eventually took over running the business. Later, Slugger Hill took over most day-to-day operations as the general manager.

Early claimed in his book that Hill’s had some of the best barbecue in Winston-Salem. He also said Gene Hill told him Hill’s was the first to offer barbecue salad on the menu.

Hill’s had not done as much business in recent years. It did not market itself on social media, and traffic on that part of Patterson Avenue had declined to the point that many Winston-Salem diners didn’t even know Hill’s existed.

Slugger Hill said that the decision to close had been in the works for a while, and, with the loss of his father, the time seemed right. He expressed gratitude to Hill’s many loyal customers over the years. “The memories will last for a lifetime,” he said.

Leave it to Jeb to put in another negative word about Hill’s Barbecue, I would like to hear and see the evidence your claiming! Where’s the proof, as far a finding good help this day and time kids don’t want to work they think we owe them for everything and no respect is given in the work place or in public, no respect for anything this day and time. I’m sure Hill’s and other restaurants have there issues over the years, as for Hill’s Barbecue I have “fond memories” as a kid and that’s how I want to remember it. 👍

"Where’s the proof" What further "proof" do you need Timmy? The restaurant closed for the Christmas holidays, and like a thief in the night, tucked tail and ran!! Obviously had lost their "loyal customers" loooong before deciding to tuck tail and disappear. A reputable business would have at least informed their "loyal" customers they were planning to cease operations, but then again, Lexington Hill had lost those "loyal" customers . . . looooooong ago!! And your "memories" must NOT be too "fond," seeing as you last supported and enjoyed their cuisine as a snot-nosed kid! [tongue] Mighty funny the Little Red Caboose (less than a mile away up the road from Lexington Hill) is still up and running, and they call it a day after 3PM! [lol][lol]

I had Hill’s food twice in twenty-four years. The second time reminded me why I didn’t like it the first time.

" . . . kids don’t want to work they think we owe them for everything . . . " Yeah, that was the problem. Can't hire "kids" to replace adults, and expect the same results. The Hills perhaps thought they could get by with this while offering the "kids" basically an 'allowance' in exchange for decent wages.[whistling] And BTW, I may have mentioned this already, but . . . . good riddance![beam][thumbup][thumbup][beam]

That’s just sad, the location was terrible and if your not marketing your business via the internet, then your business will suffer. I remember my dad taking me there when I was a kid “45 now” if I remember correctly that area was booming back the 70’s - 80’s now not so much because of the area has really gone down hill. The barbecue was good to my knowledge and it’s a shame they can’t relocate to a better area, I’m sure there local customers would entertain that idea! 🙏👍

As always, you're inept and clueless to the situation at hand. First of all, a business being able to survive for over a half century (68 yrs. to be exact, according to the article), has nothing to do with the "location being terrible." Second, a business being able to sustain itself for that amount of time . . . no "marketing (via the internet or otherwise)" caused them to suffer. This simply boiled down to the fact Lexington Hill refused to change with the times via offering their former dedicated staff workers decent wages, the dedicated workers left for better paying gigs, and Lexington Hill was left having to hire any yokel who came along and pretended they knew what they were doing when it came time to preparing and serving food, and obviously the Hills valued lining their pockets more than they valued their so-called "loyal" customer base. You obviously DON'T "remember correctly," seeing as you can make a blind, blanketed statement as "the area has really gone down hill," yet somehow you question your own "knowledge" regarding "the barbeque was good." But then again, you've shown a consistent pattern of contradicting yourself each and every time you comment on stories. The mere fact they've chosen not to "relocate to a better area" goes to prove my point they valued profits over "loyalty" when it comes to their customers, because as (FOR ONCE in your life) you've noted, THEIR local customers most likely would follow. But then again, when you hire "fry cooks" you know you don't have to pay a decent wage, and then expect said fry cooks to produce a cuisine your loyal customers had become accustomed to from decades past, then eventually the loyal customers will tire of the crappy cuisine and seek out better establishments. So there, you have it in a nutshell! [tongue_smile] Deal with reality. [whistling]

“Due to the changing times it was in our best interest to put an end to an era,” Hill said in an email.

TRANSLATION: We didn't want to offer our former dedicated workers fair and decent wages, they up and left, and the folks we were able to hire afterwards basically couldn't boil water. The menu offerings became roadkill, and even our most dedicated clientele knew they were being served roadkill and thus stopped coming.

Gate to see them go, but when it's time ... it's time. My family thanks the Hill family and staff for the many years of great food, excellent service