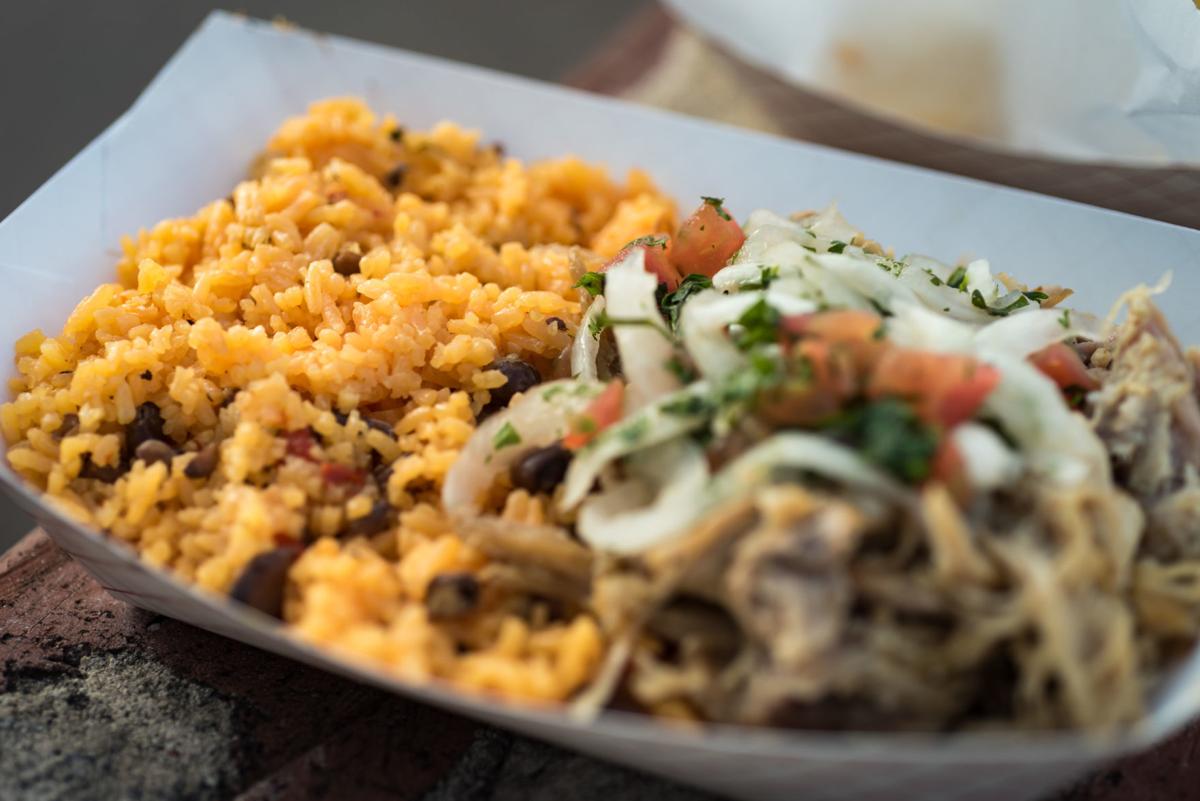 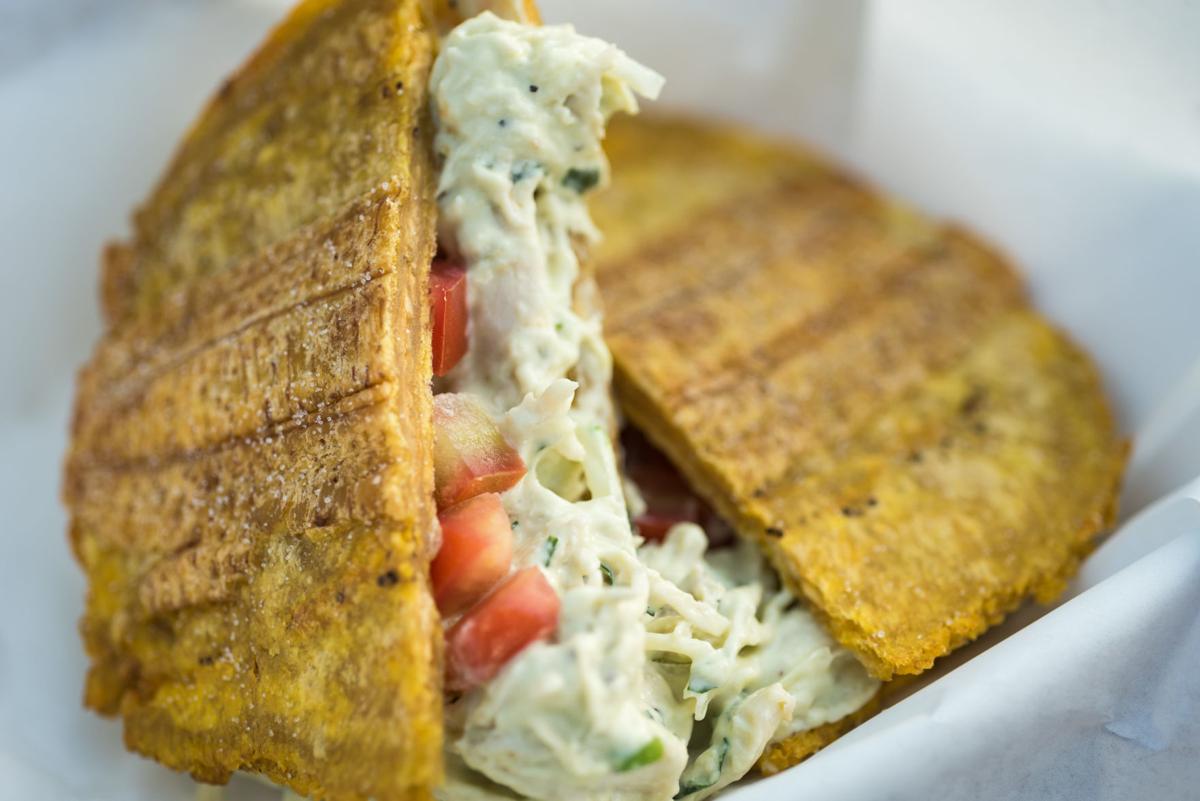 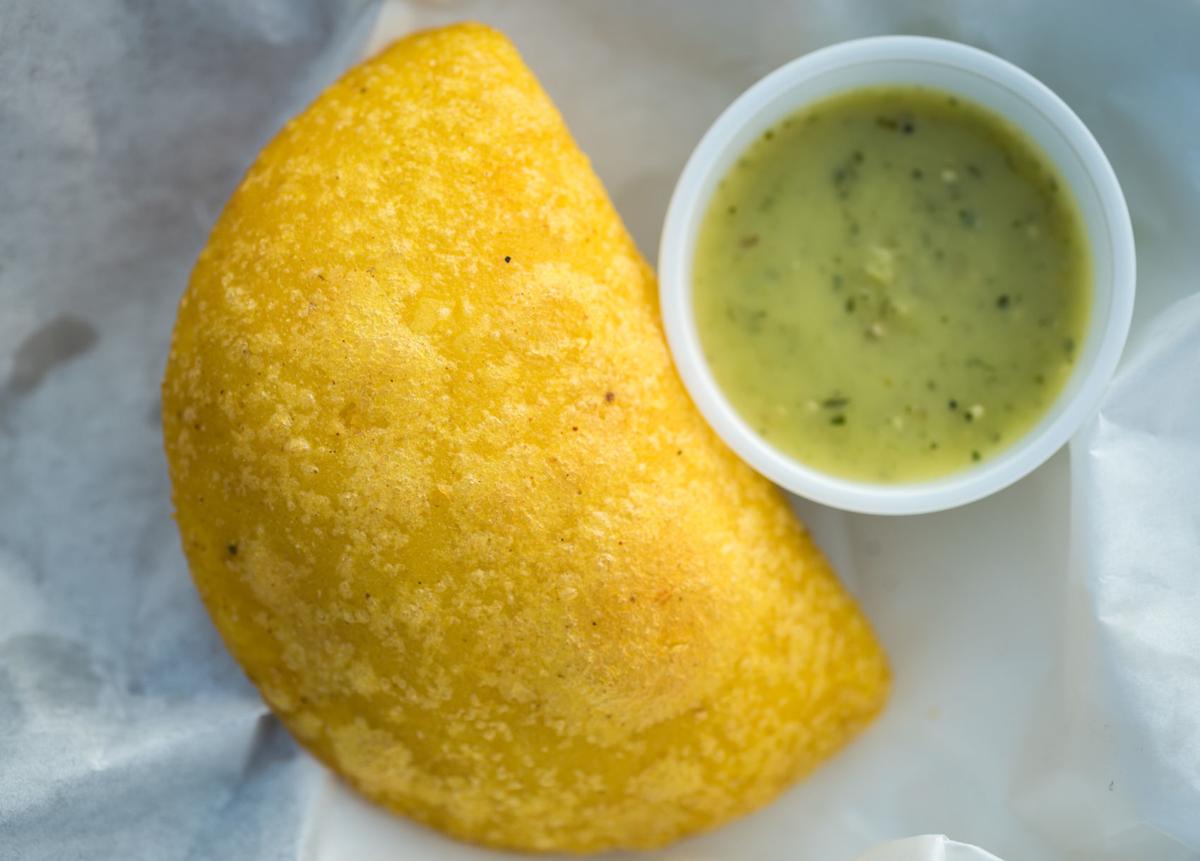 A Colombian empanada, with salsa verde 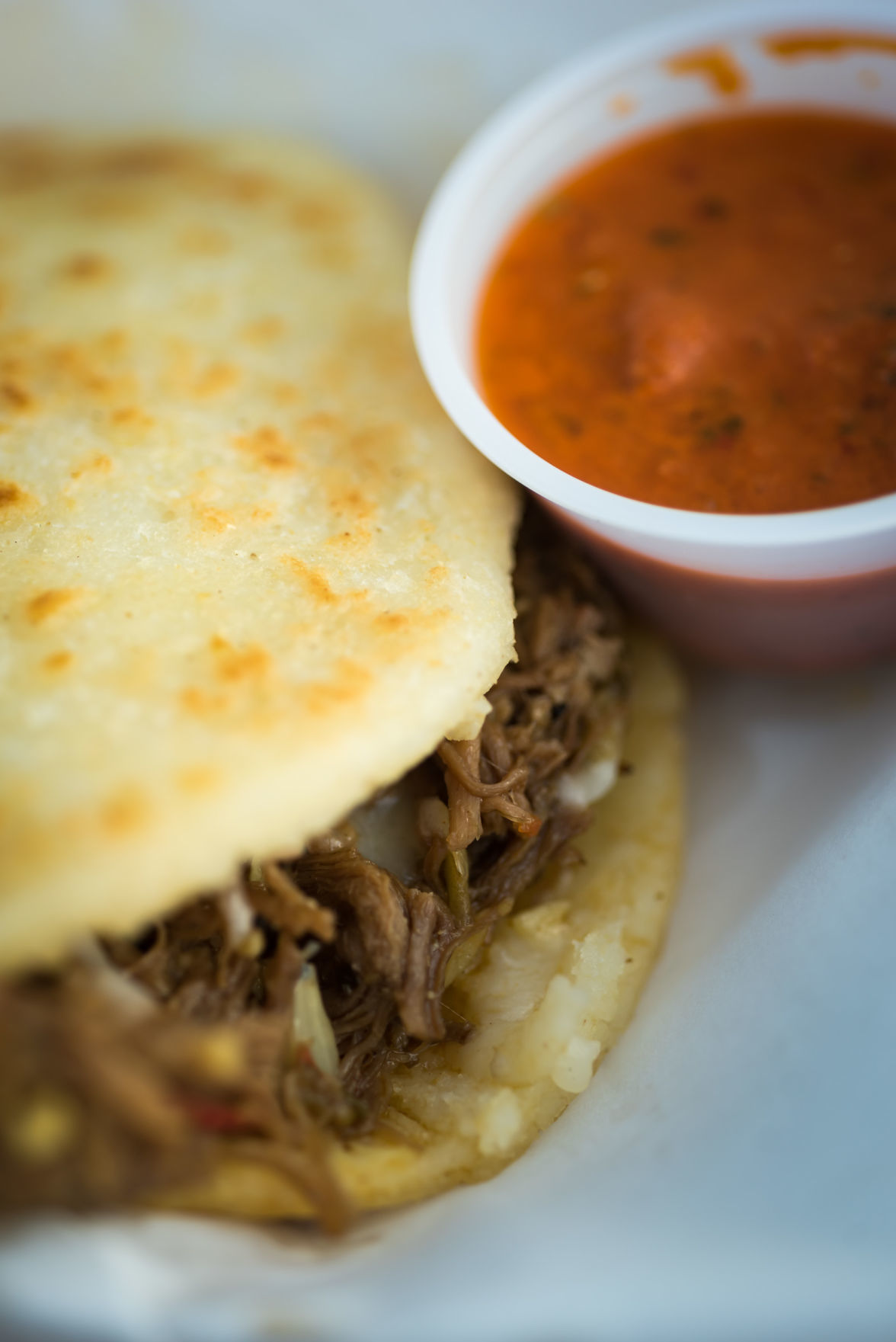 Arepas are one of Que Viva’s most popular items 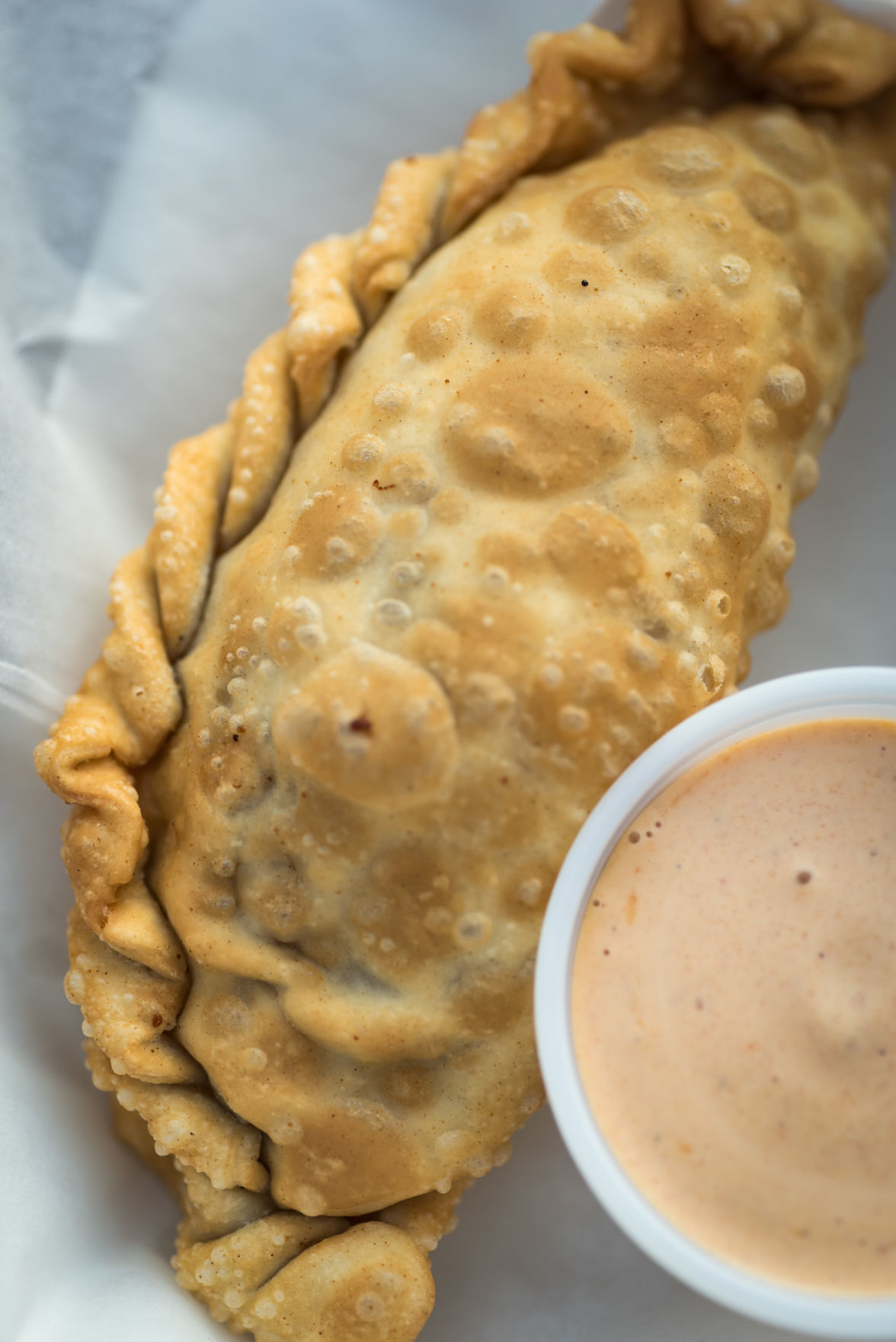 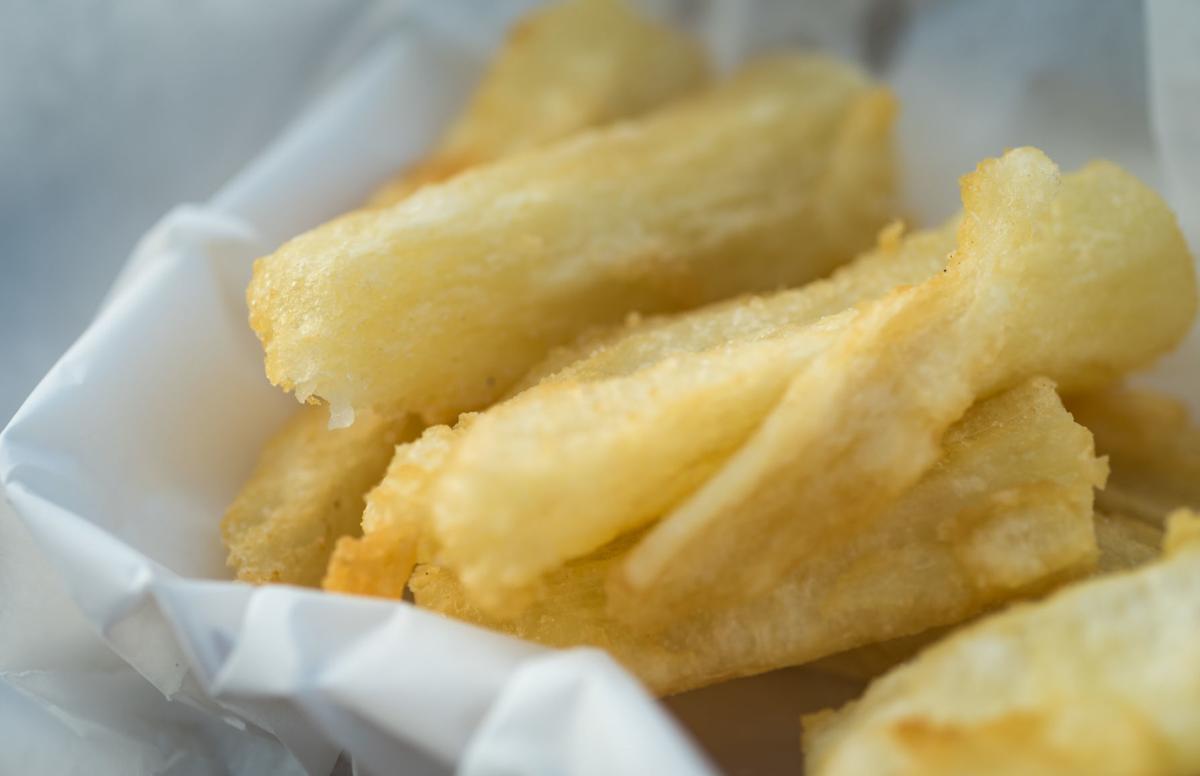 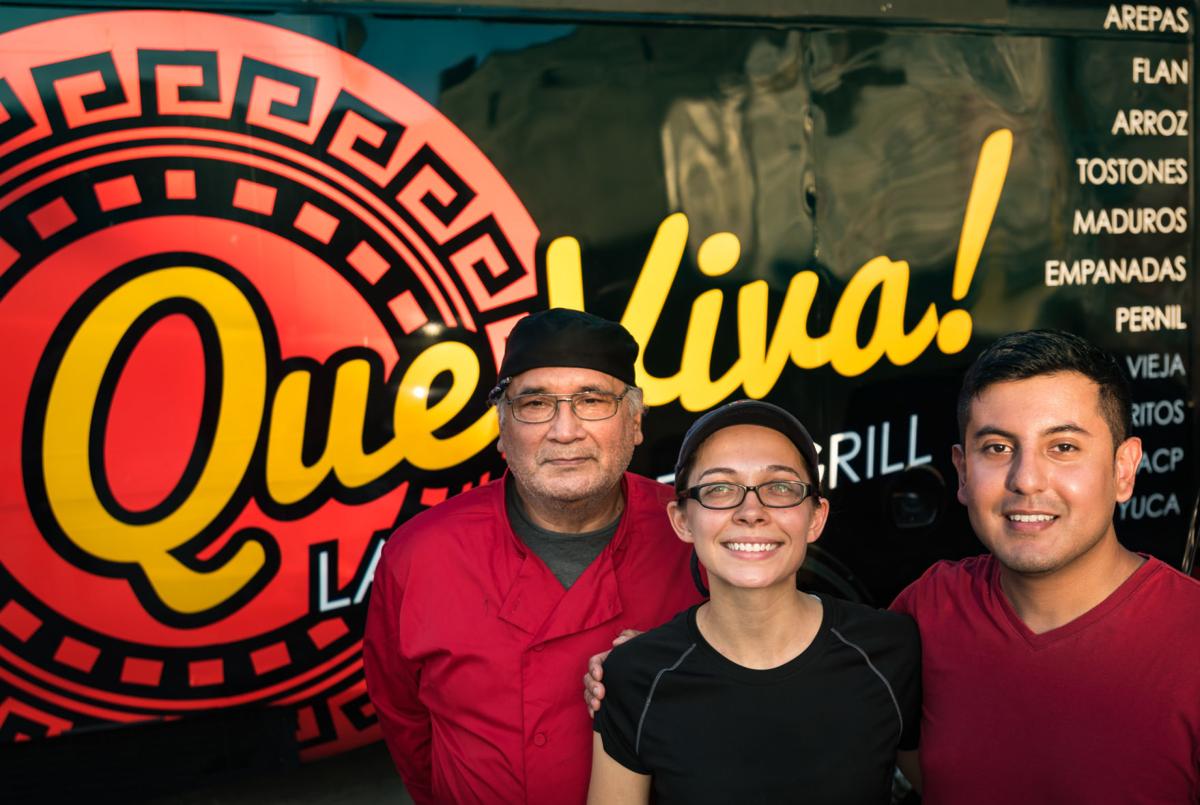 A Colombian empanada, with salsa verde

Arepas are one of Que Viva’s most popular items

Winston-Salem’s newest food truck specializes in the food of Latin America, but it doesn’t sell tacos or burritos.

Erick, 31, and Jessica, 29, grew up in North Carolina — he in Clemmons and she in Hickory — and met at N.C. State University. Bolivar is a native of Colombia and Patricia is from Ecuador. “They are the ones with all the great recipes,” Erick said of his parents. “But our truck has food from all over Latin America.”

“I brought recipes from Colombia that I learned from my grandmother and mother — their secret recipes,” Bolivar said.

Erick said that when his mother came to the United States from Ecuador as a teenager, she lived in a Latin American neighborhood around Newark, N.J. “She made friends with people all over Latin America, and she learned their recipes.”

The Balsecas’ friends and family members always raved about their food, and Erick had broached the idea of starting a food business for several years. But when a year or so ago his mother became dissatisfied with her job and Erick was asked to make an undesirable job transfer to California, they decided to start Que Viva!

“The time seemed right, and the market was ready for it,” Erick said.

They decided that a truck was the way to go.

“We bought the vehicle in 2018,” Erick said. “My dad is a mechanic, and I studied engineering, so we built the bus from the ground up.”

It took them awhile to finally get the truck on the road. “We had a passion for food, but I’ve never run a food truck before. We didn’t know what we were doing,” Erick said with a laugh.

But Erick’s Colombian grandfather owned restaurants and bakeries, and Bolivar had worked in them years ago.

They made their first sales in April and started marketing the truck in earnest in May. Lately, they’ve been making regular appearances Tuesday nights at Mama Mia Italian Ice in Clemmons, Thursday nights at Reboot Arcade Bar in downtown Winston-Salem, and Saturdays at lunchtime at Winston-Salem Junction Market downtown.

The bulk of the menu centers on Colombian food, but other countries are represented, too.

Its arepas ($6 to $8) are stuffed with cheese, shredded chicken and pork, as well as a ground beef patty with arugula and brie.

Jibaritos ($8) are like arepas, except the “bread” for the sandwich is two pieces of jumbo tostones. “About 90% percent of our menu is gluten-free,” Erick said, and the jibaritos are also corn-free.

Que Viva has several rice bowls ($9). One is ropa vieja — shredded beef in a tomato sauce and the national dish of Cuba. Another is pernil arroz con gandules (pork, rice and pigeon peas), a Puerto Rican dish.

Que Viva also serves a potato bowl, made with fries topped with beef or chicken and cheese sauce. “In Latin America this street food is made with sliced fried potatoes — but it’s essentially fries,” Erick said.

For dessert, there’s flan ($4), which is popular all over Latin America, and quimbolitos ($3), an Ecuadoran dish of pastry steamed in banana leaf and topped with raisins.

Erick said that part of his motivation in starting a food truck was entrepreneurship. “I’ve always liked being my own boss.”

“Before this I had an online business,” Jessica said. “But this is better, because we get to work together.”

Erick added that he is excited about sharing Latin American culture with customers. “I think legacy has a lot to do with it. I think people are ready for more than taco and burger trucks. A lot of it is introducing people to my culture here and having that live on.”