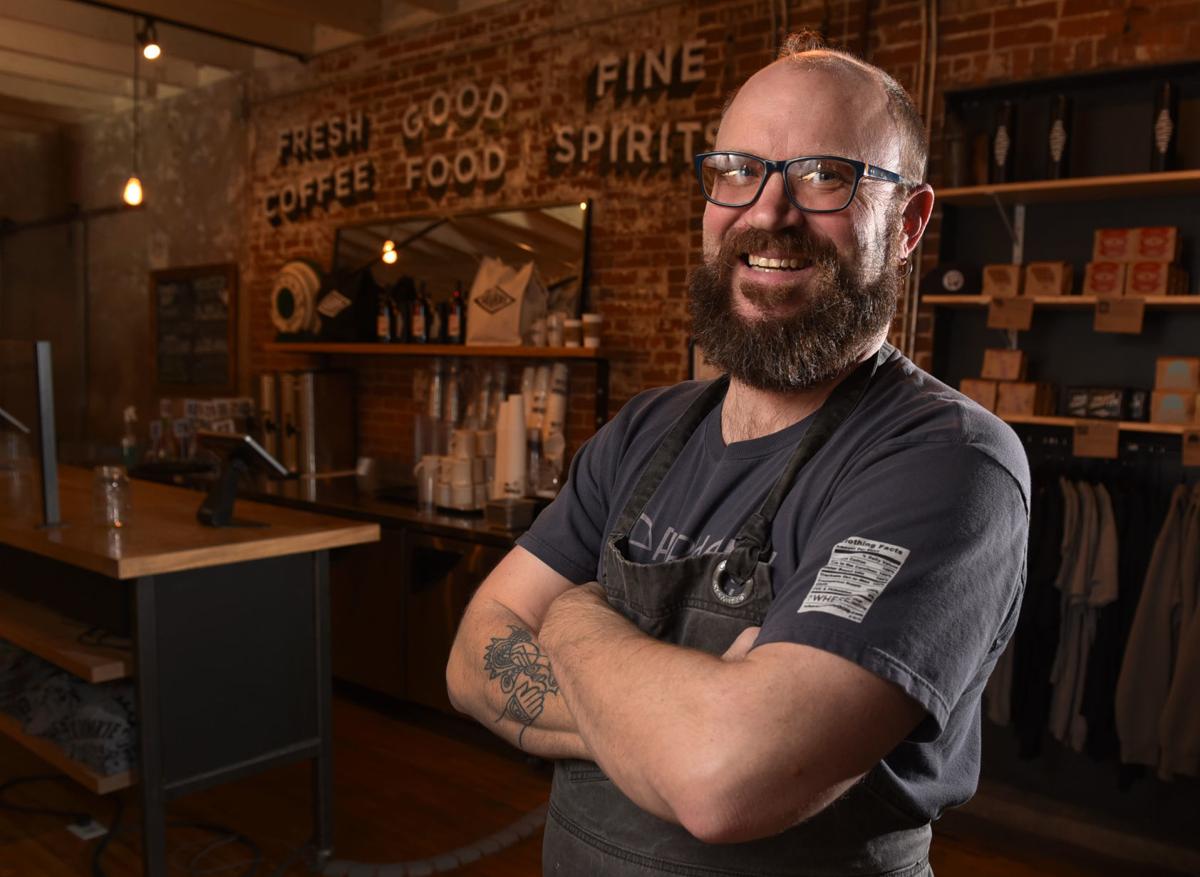 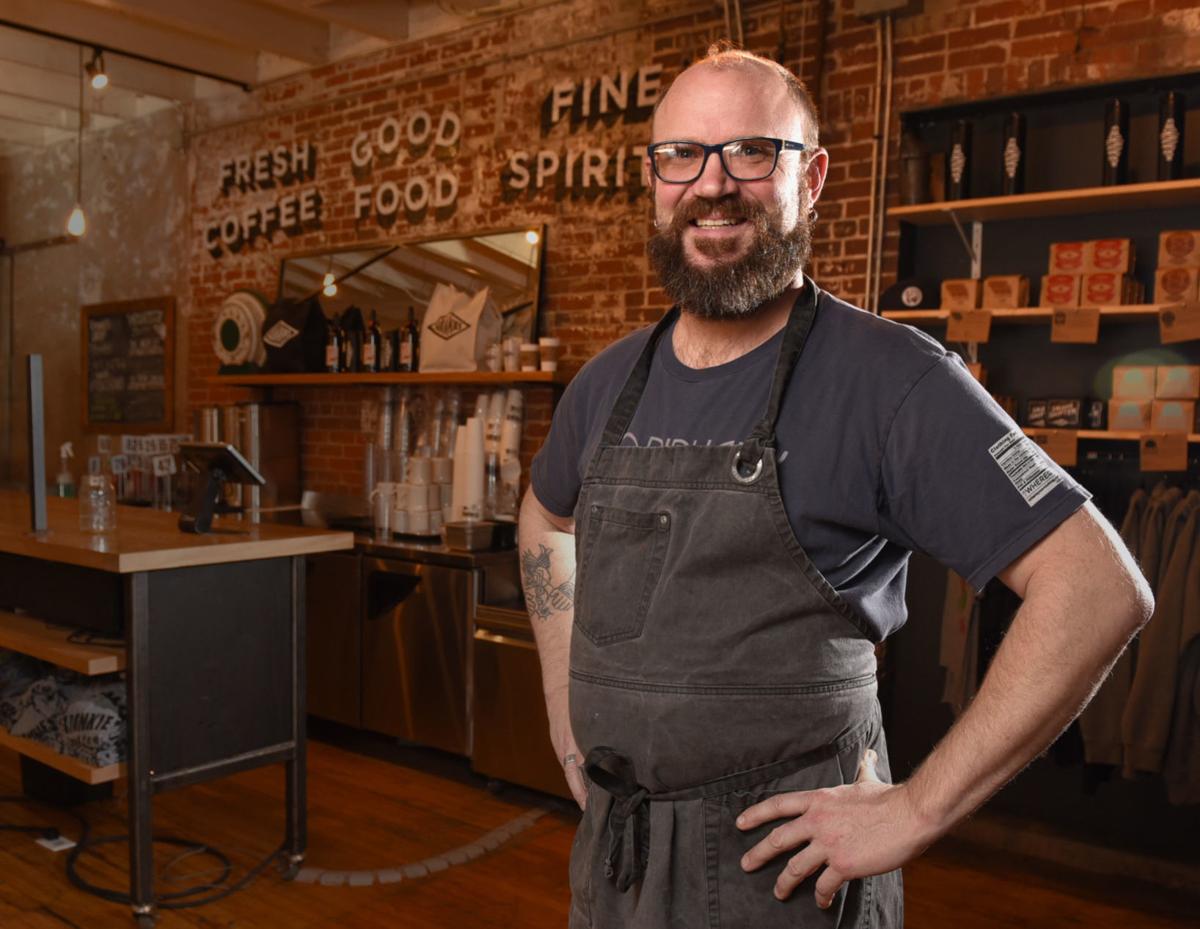 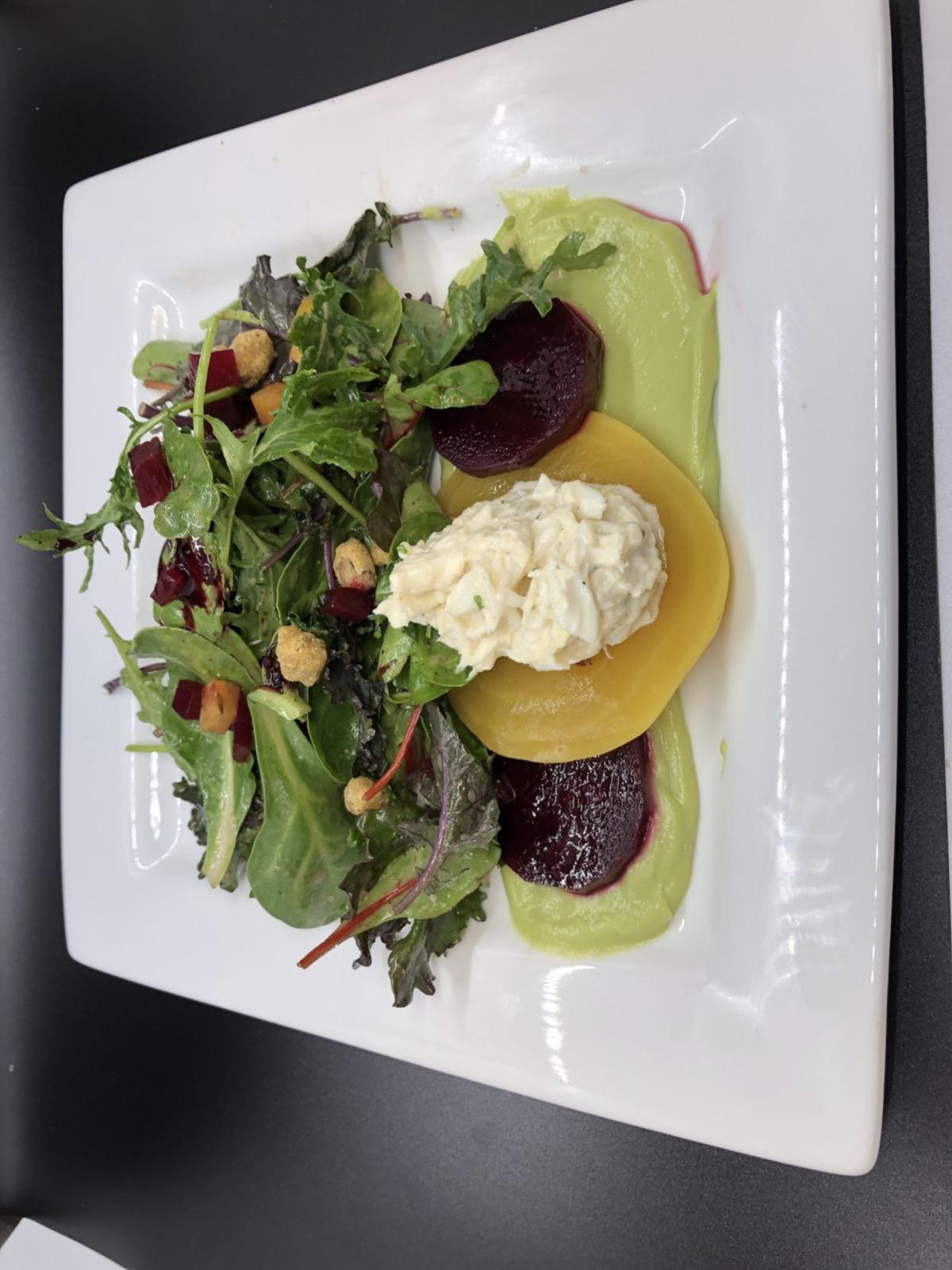 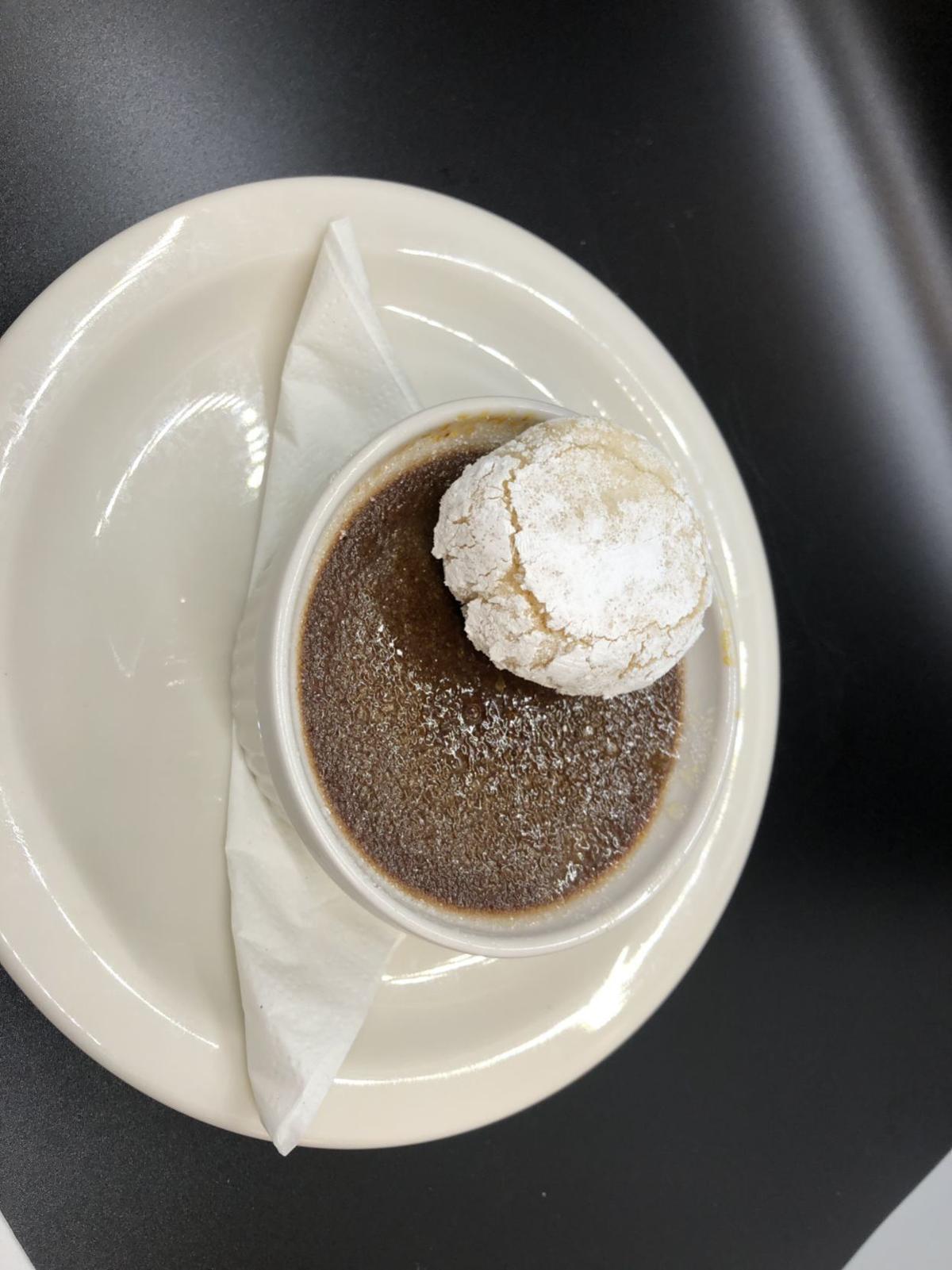 Chocolate crème brulee with Amaretto cookies, prepared by sous chef Sue Peele, was the dessert at a Feb. 5 wine dinner at Krankies.

Chocolate crème brulee with Amaretto cookies, prepared by sous chef Sue Peele, was the dessert at a Feb. 5 wine dinner at Krankies.

Subtle changes have been taking place at Krankies, 211 E. Third St., in the last few months.

Those changes are due to James Naquin, Krankies’ head chef.

Naquin has been at Krankies since last summer, but you might not have noticed. That’s because he has plotted a slow and steady course toward improving the restaurant and putting his own stamp on it.

Most of his efforts have been behind the scenes, virtually invisible to customers, as he has reorganized the kitchen and beefed up the staff. “I’ve been working to get a solid team,” Naquin said. “Once that happens, other opportunities open up.”

A couple of changes previously noticeable to customers include the disappearance of dinner and the switch from table to counter service.

Naquin said that though breakfast and lunch have drawn consistently respectable numbers, dinner did not, and it didn’t make sense to keep it going (though a few food items, including paninis and charcuterie boards, are available in the evenings from the bar).

He made the switch to counter service, he said, primarily to help manage the flow and timing of orders, a move that improves the kitchen’s efficiency and thus can reduce wait times for customers.

Now as his kitchen team is beginning to gel, Naquin is ready to do more with the food. No, he is not going to overhaul Krankies’ menu. Those fried chicken biscuits, grits bowls and the cheesy Western burgers are probably here to stay. “We sell way too many of those chicken biscuits,” Naquin said. “We’re not going to make many changes, and we’ll always have a Southern tint to everything.”

Naquin, 45, is himself Southern born and bred. He comes from the small town of Houma, La., 45 minutes south of New Orleans.

He first came to North Carolina 20-some years ago to attend Appalachian State University in Boone. College wasn’t right for him at the time, and when he quit and found himself in need of work, a friend got him a job cooking at Heavenly Mountain, a transcendental meditation resort in Boone. “I cooked for 45 people every day for almost a year. That was my first cooking job,” he said. “But I had cooked all my life. My grandparents and parents cooked. I was in 4-H when I was a kid — cooking all kinds of things.”

He later bopped around to a variety of cooking jobs — in Alaska, Louisiana and Asheville — before getting a culinary degree from Asheville-Buncombe Technical Community College in 2007.

He cooked at Watts Grocery in Durham for two and half years, went back to school to get a bachelor’s degree with independent food study, and eventually wound up cooking at Guglhupf, a German-inspired bakery, café and biergarten in Durham. It was there that he developed his interest in charcuterie.

Winston-Salem residents may have had their first taste of Naquin and his food when he taught some sausage-making classes here about 10 years ago. Around the same time, while attending a Carolina Meat Conference in Winston-Salem, he met co-owner Mitchell Britt and other members of the Krankies team.

He spent four and a half years at Guglhupf, honing his charcuterie chops and developing a love of beer. He left Guglhupf almost five years ago to mill grains for breweries, and he was still doing that when he got a call from Britt asking him to cook at Krankies.

At this point in his career, Naquin has acquired a broad variety of skills — broader than the Krankies menu.

And though he canceled dinner at Krankies last year, he is bringing it back this year — on a limited basis. Naquin has begun offering special occasional dinners — dinners that allow him to stretch his culinary wings and show what he can do.

He has held two wine dinners so far this year — both incorporating wine from Jay Murrie’s Piedmont Wine Imports, which is responsible at least partly for the nice wine selection at Krankies. “I also want to do a beer dinner soon, because I’m a big beer person,” Naquin said.

The most recent dinner, Feb. 5, featured seafood. “I’m from South Louisiana, so I like a lot of seafood,” Naquin said.

The food was served with German and Austrian wines.

Except for the silky smooth, delicious creme brulee by sous chef Sue Peele, it was a generally light meal, without heavy spices or rich sauces. The shrimp, for instance, was tossed with a little garlic, olive oil and sherry vinegar — nothing fancy, but it was out of this world.

Naquin said he aims for simple and basic dishes that show off good food. “That’s what I’m aiming for,” he said.

He also said that the teamwork of his staff has made such dinners possible. “It really is a group effort. I can’t do all this myself.”

The next special dinner is a $50 five-course meal on Valentine’s Day, again featuring seafood, in which each course is paired with a liquor, wine or beer. Dishes include oysters Rockefeller, a crab Louie stack, and seared scallops.

Naquin also has scheduled a Feb. 28 dinner featuring beers from around the world and a food course from each beer’s country of origin.

This spring, he plans a vegetarian dinner and a Cajun dinner. He’s hoping he can work up to dinners like this every other Wednesday. He also plans to use the Krankies dining room for private catered events.

As to whether any of these other kinds of dishes will ever make it onto a regular Krankies menu, Naquin was noncommittal. “I believe in incremental change,” he said. “We will stick with the same price point (which is $8 to $12 for most items).”

He said he would like the menu to reflect more seasonal produce. “I try to be a seasonal cook. I don’t feel bad spending money on local produce. So that’s the end goal,” he said.

“But I’m also market-driven. I pay attention to what people want. I’m not necessarily trying to educate their palates,” he said. “I believe in beta tests through specials. If a special sells and continues to sell well, it might end up on the menu.”

Some of those specials have featured foods of his native Louisiana. “I don’t want to turn this into a Cajun restaurant,” Naquin said. “But I have been making gumbo regularly.”