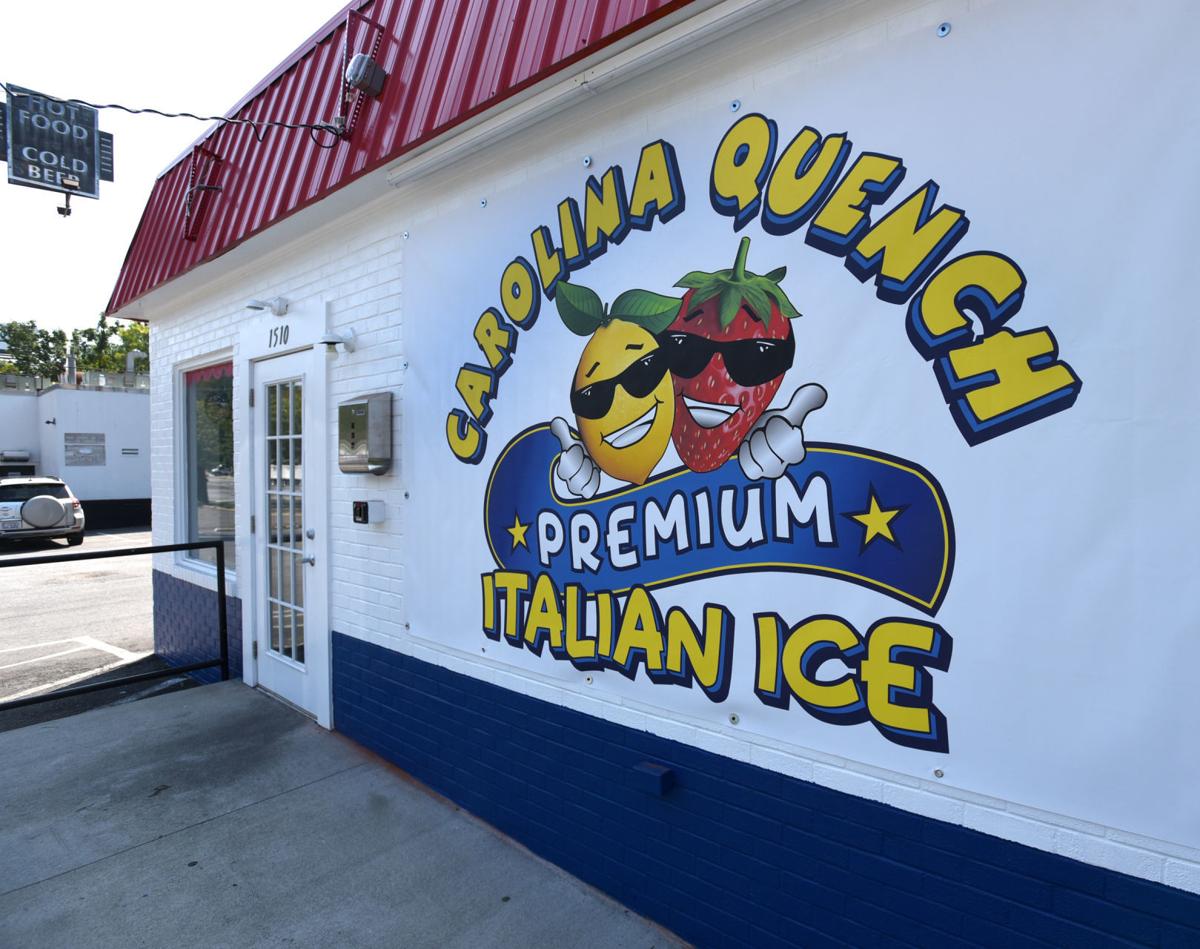 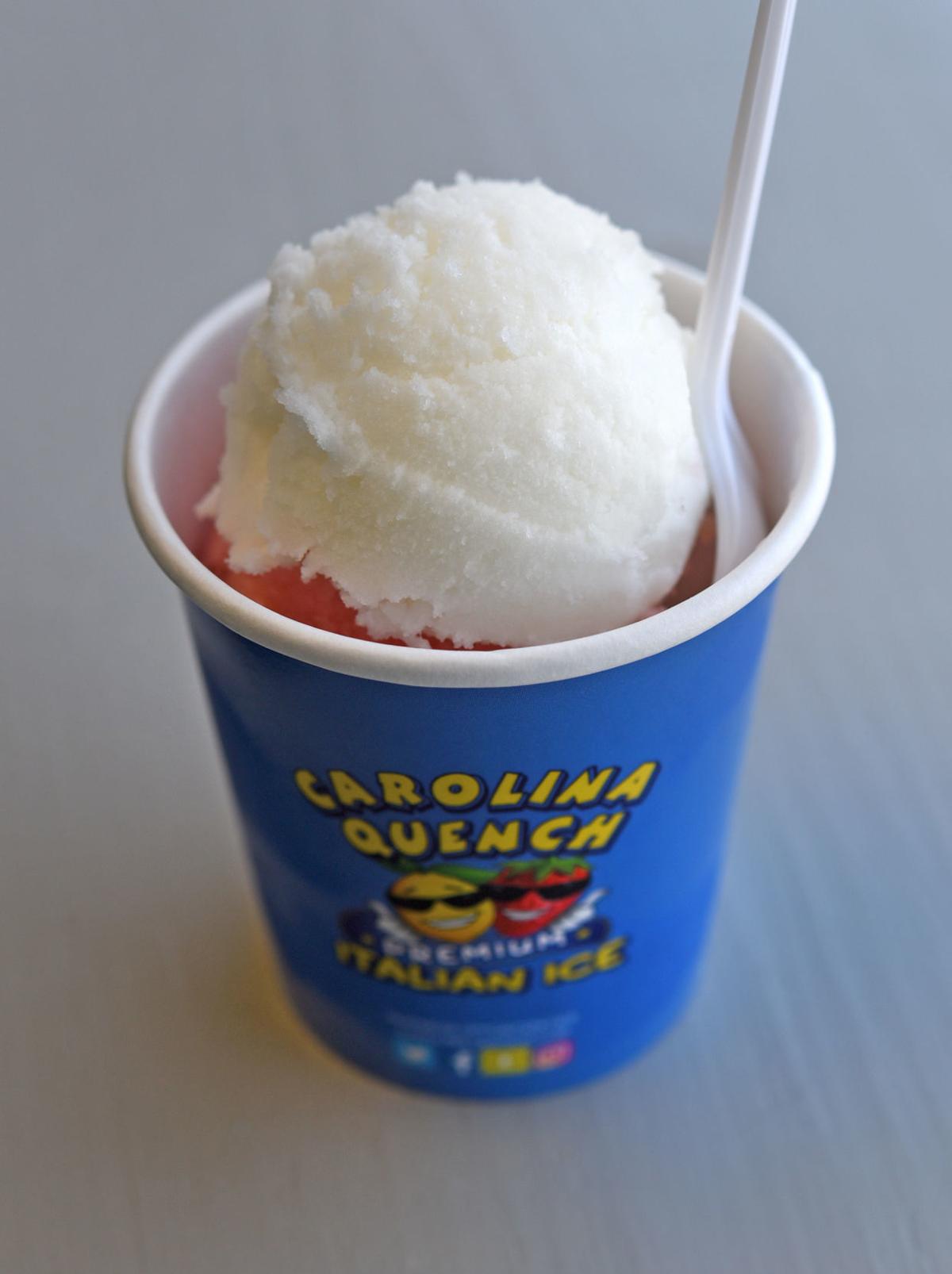 Carolina Quench is owned by Mason McDowell, who was a co-owner of the former District Rooftop Bar and Grill downtown. He is operating Carolina Quench under a licensing agreement with Vince Smith, who started a chain of Carolina Quench shops in the Myrtle Beach area.

McDowell said he plans to offer half-gallons for takeout in the near future.

Carolina Quench will be open year-round. Right now, McDowell is buying the Italian ice from Carolina Quench at the coast, but he eventually plans to make it on site using Smith’s specifications. “Once I do that, the idea is I could do wholesale at that point,” he said.

McDowell said he remembered Carolina Quench from trips to the beach when he was looking for a new business opportunity and reached out to Smith. “I wanted something that was simple and fun and could get my whole family involved,” he said.