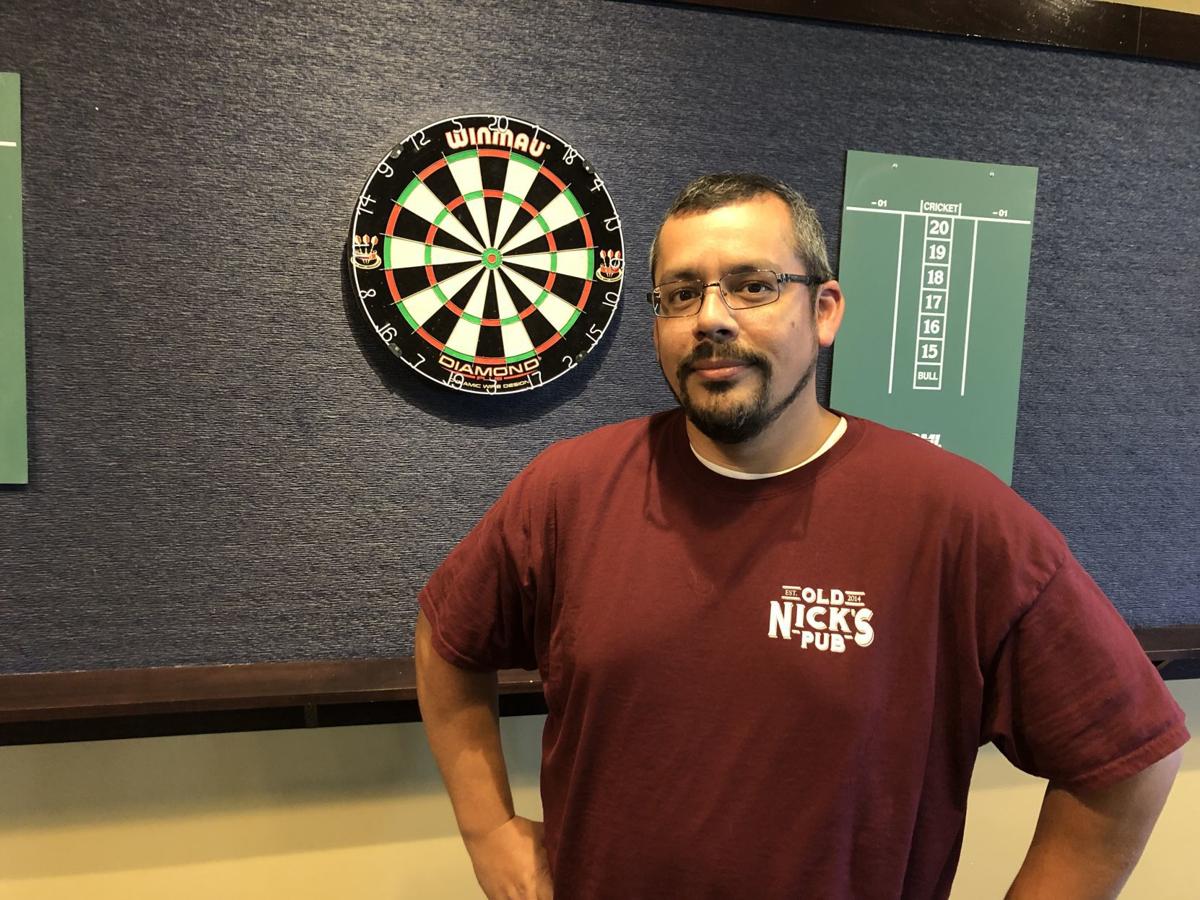 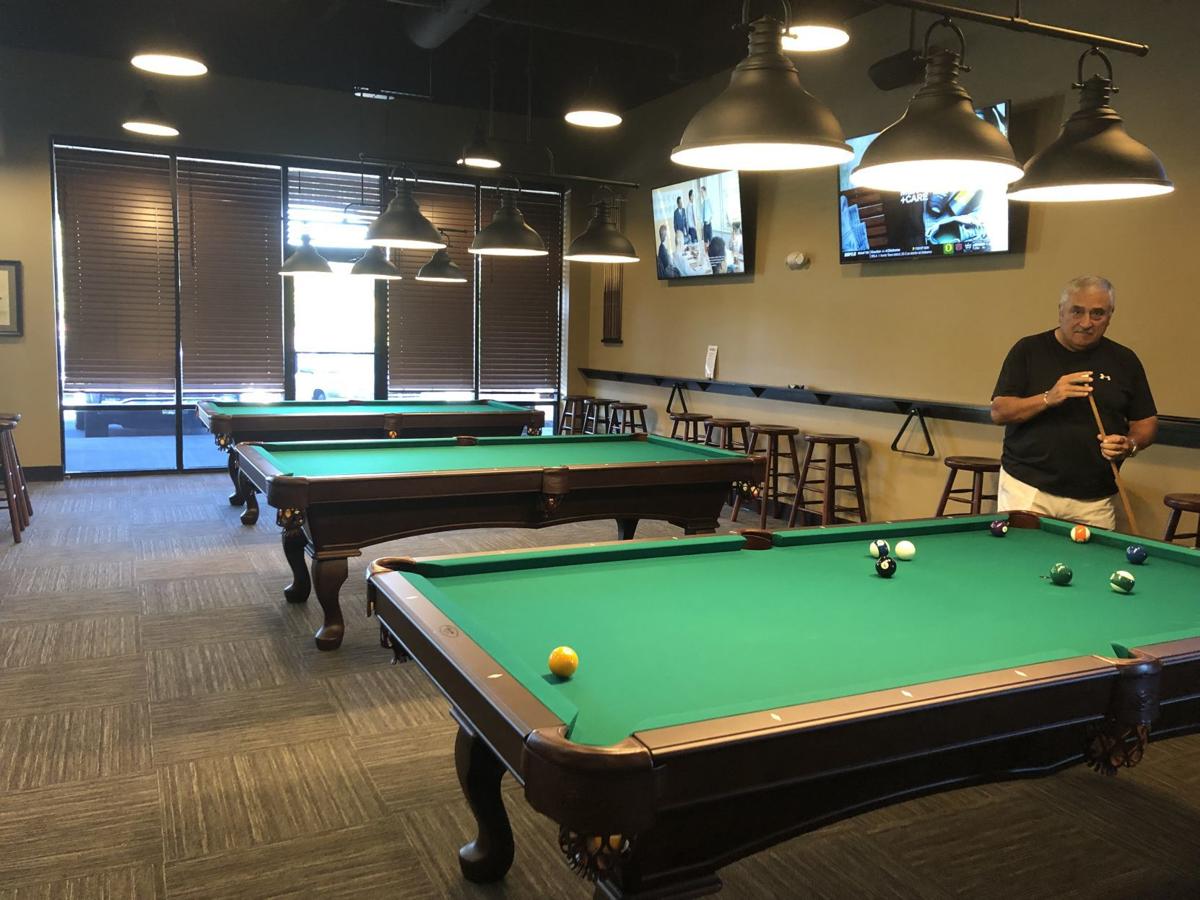 John Valenzuela plays on one of three pool tables at Old Nick’s Pub in Arcadia, which plans to host a billiards league. 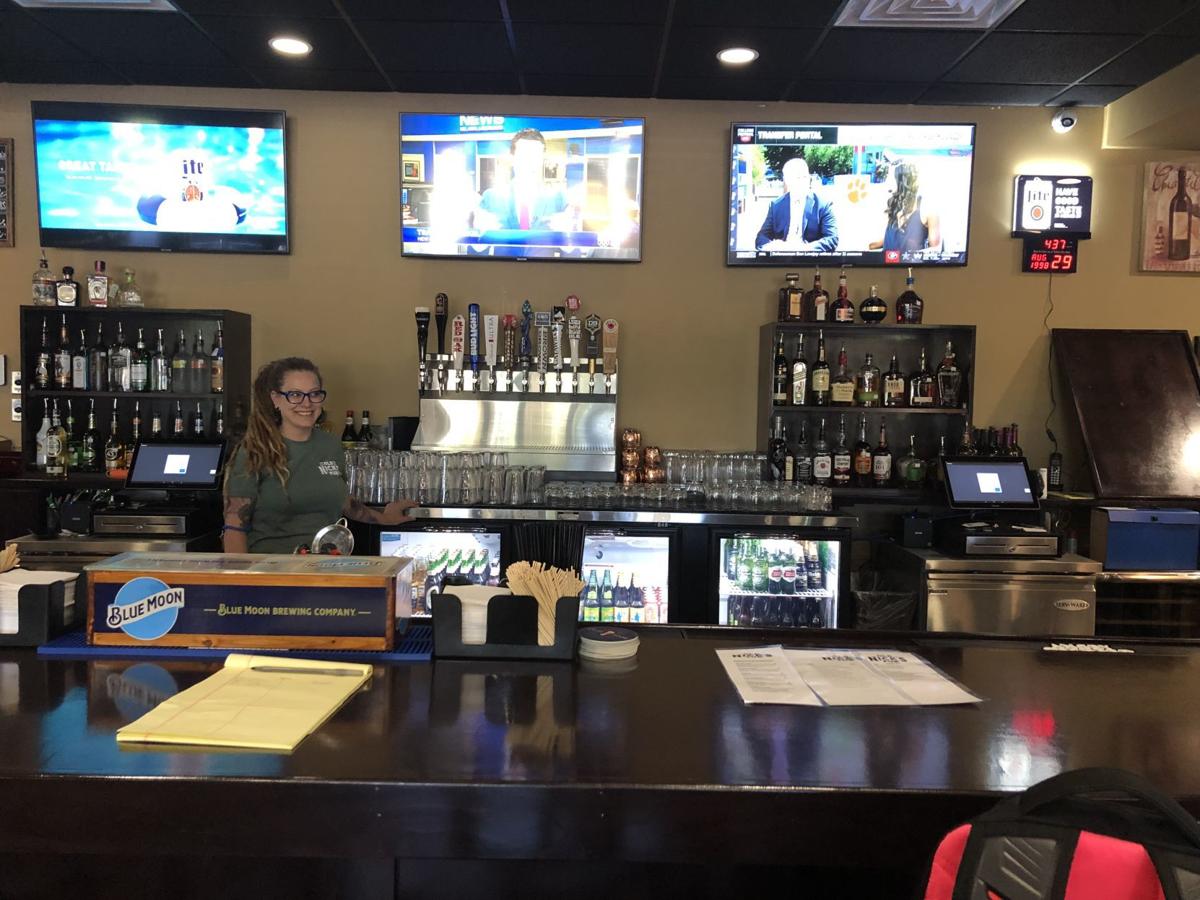 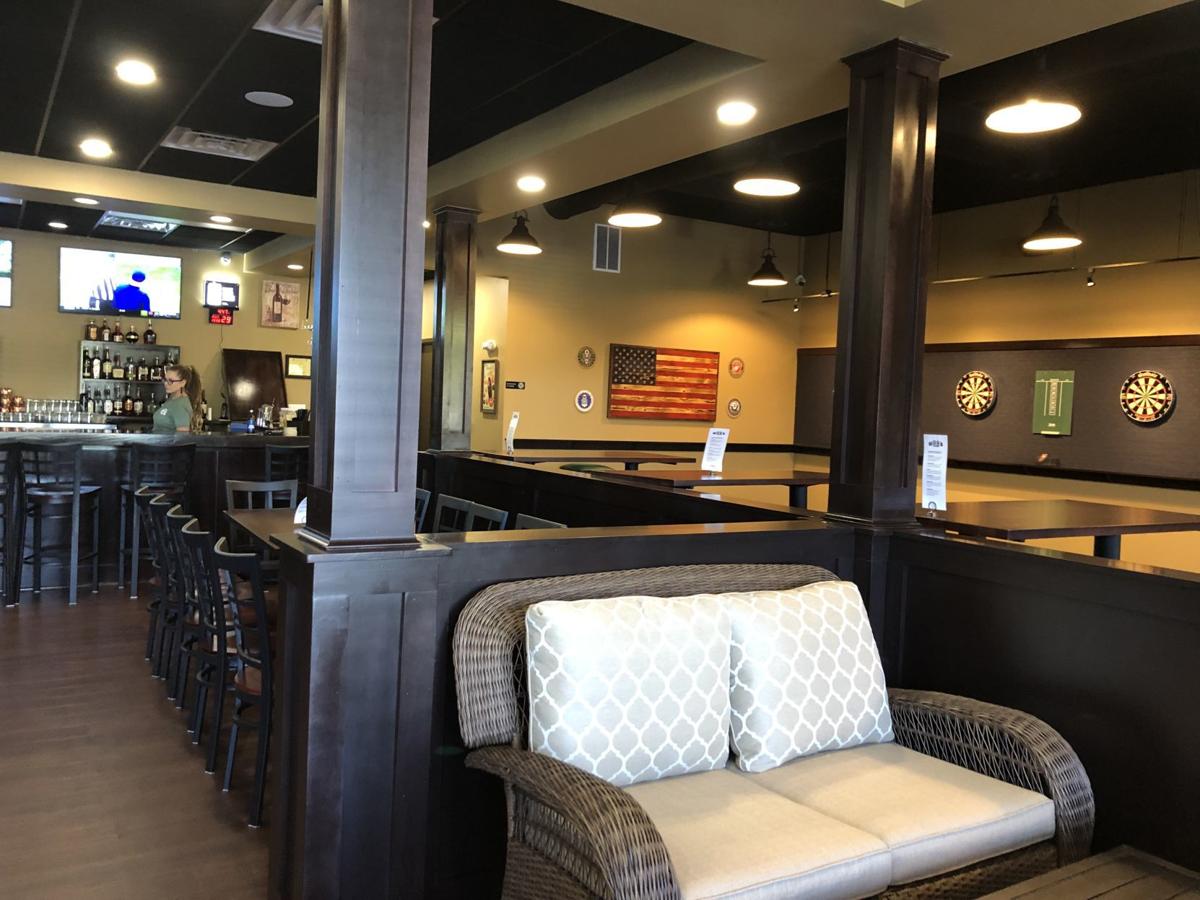 Old Nick’s Pub in Arcadia has seating for about 85 and six dart boards.

John Valenzuela plays on one of three pool tables at Old Nick’s Pub in Arcadia, which plans to host a billiards league.

Old Nick’s Pub in Arcadia has seating for about 85 and six dart boards.

A second Old Nick’s Pub has opened in the Triad in a licensing agreement with the owners of the original pub in Lewisville.

The new Old Nick’s Pub is at 206 Miller’s Creek Drive in Arcadia, off N.C. 150 in Davidson County just south of the Winston-Salem/Forsyth County line.

James and Virginia Reynolds are the owners of the new pub. “I live two minutes away from here but used to drive all the way to Old Nick’s Pub in Lewisville all the time,” James Reynolds said.

“We know James because we all play darts together,” said Jennifer Hill who has co-owned the original Old Nick’s with her husband, Norman, since 2014. “We’ve played in leagues together and known each other for years,” she said. “While we were playing darts, he would pick my brain about how do I do this and how do I do that. Eventually I said, ‘Why don’t you think about putting another Old Nick’s down there?’”

“I was looking to open my own bar, but I was having trouble finding the right location. And so I would talk to (the Hills) about it,” James Reynolds said. “I don’t really remember who suggested it first, but it just kind of made sense.”

Old Nick’s Pub is known not only for its drinks, but also for its events and social atmosphere. It frequently has live bands, and the dart boards and pool tables get a lot of use.

Old Nick’s has always been a place to hang out, socialize and play games more than anything else, Jennifer Hill said.

As part of the licensing agreement, Reynolds has to follow general guidelines to promote that social atmosphere, as well as have similar offerings, such as plenty of craft beer. The deal involves the rights to use the name and logo, but there is no co-ownership or other business involvement.

“They let me go up there and bartend some, and I learned a lot from them,” said Reynolds, who has worked for years in the pizza business but has not run a bar before. “My place is going to have a lot of similarities, but it’s a little different, too.”

The new Old Nick’s has 12 taps. The other day, nine of them were devoted to N.C. craft beverages. Taps regularly include Red Oak, Highland Gaelic Ale and Guinness Stout, just as they do at the original Old Nick’s. The new pub also carries Old Nick’s signature cocktail, a black-walnut old fashioned.

As part of promoting a social atmosphere, the new Old Nick’s has karaoke every Friday night and trivia every Monday night, the latter run by Jonathan Lusk, who also runs it in Lewisville. Reynolds said he already hooked up with dart leagues and hopes to get a pool league soon. He also plans to have live music most Saturdays.

The new pub has a similar décor but is different. Most noticeable, perhaps, is the size. “One thing I knew is I wanted more space,” Reynolds said.

He has 3,600 square feet, or about 600 more square feet than the original pub. He also has more dart boards — six vs. four — and pool tables — three vs. two. The bar has seating for about 85 people.

Reynolds said he thinks that Arcadia needs a place like this and there are a lot of people like him who drive 20 minutes or so to Winston-Salem to get a drink and play darts or pool. “There’s really not much around here. We’ve already had people tell us they’re so glad we’re here now.”

“We’ve been waiting,” said Nick Browder, who has quickly become a regular.

Browder was there with his friend Chris Lowery, who said they were looking forward to having a bar where they can watch Sunday football games — with the sound turned up. “There are restaurants with bars, but not a place where you can be comfortable and get loud,” Lowery said. “There’s really nothing like this in northern Davidson County.”

John Valenzuela, who lives nearby, was in playing pool last week. “I have a table at home, but I’ve been wanting a place where I can get a game with other people. I’m hoping they get a league started.”