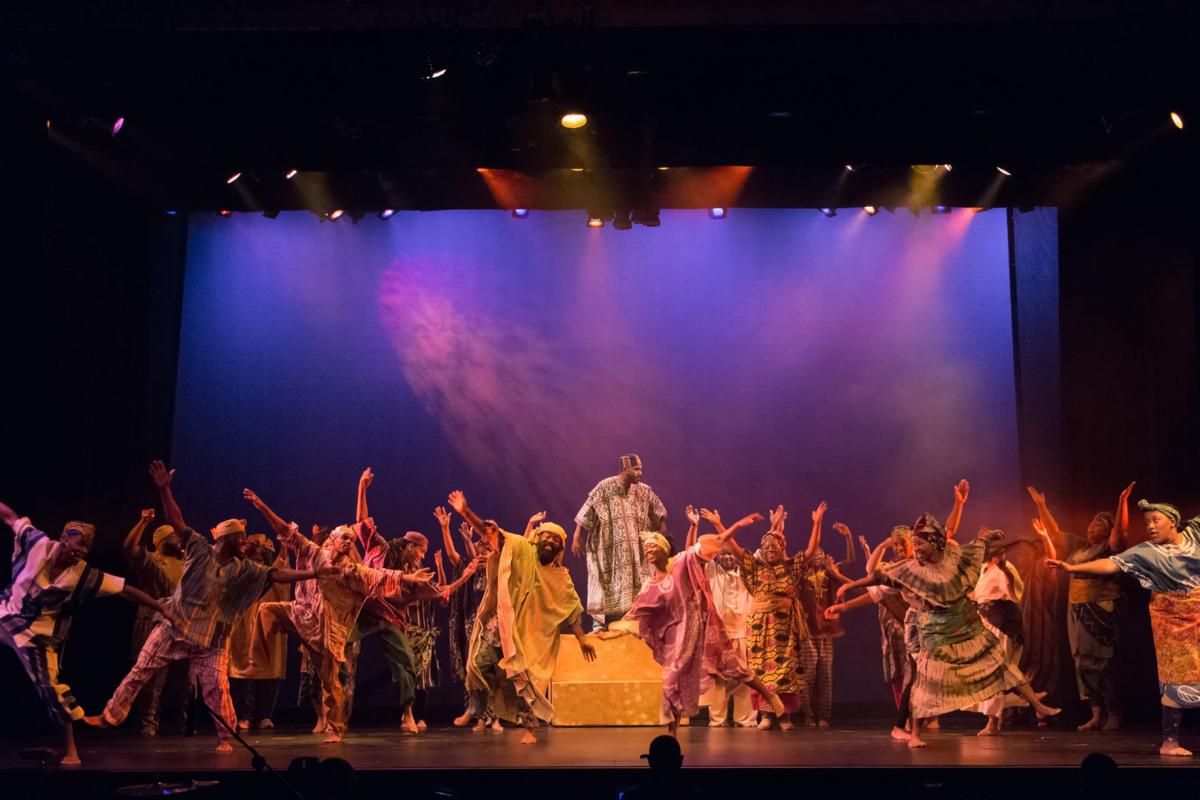 A scene from “Nativity According to the Gospels,” a new show by the N.C. Black Repertory Co. 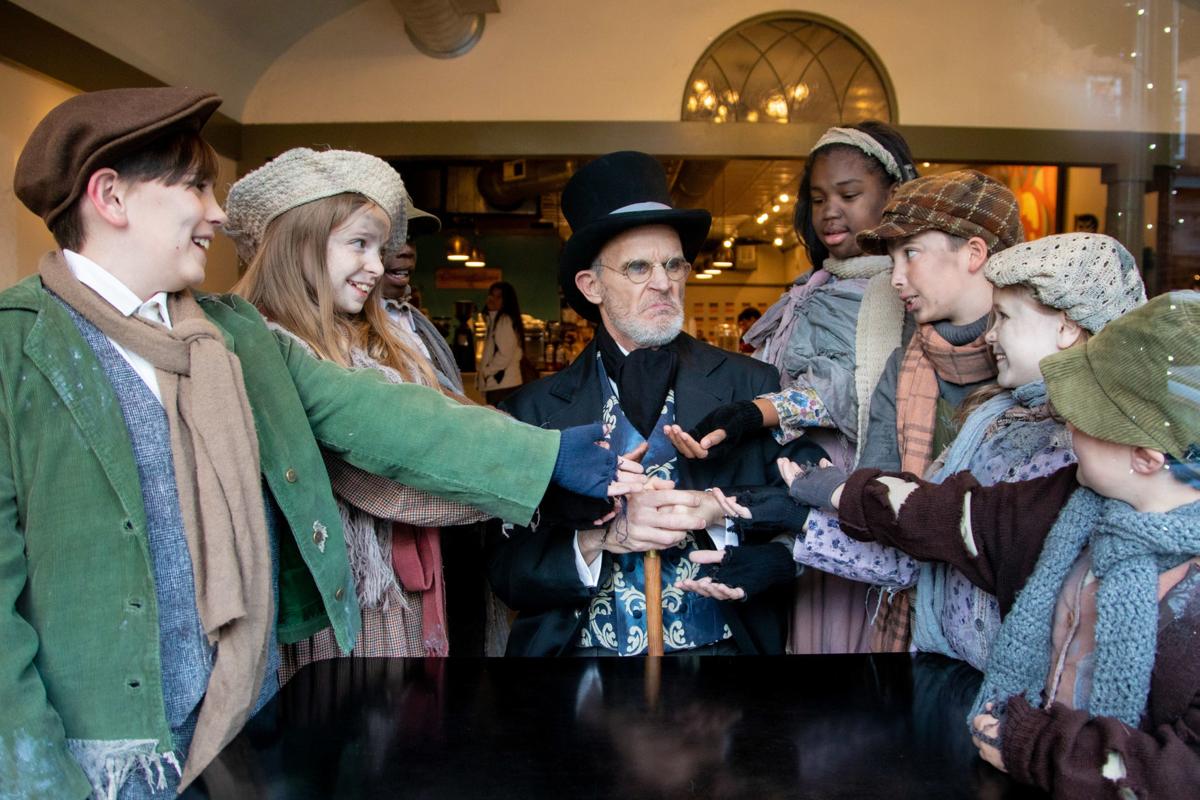 Young actors playing urchins surround David Sitler as Scrooge in a past production of Triad Stage’s “A Christmas Carol.” 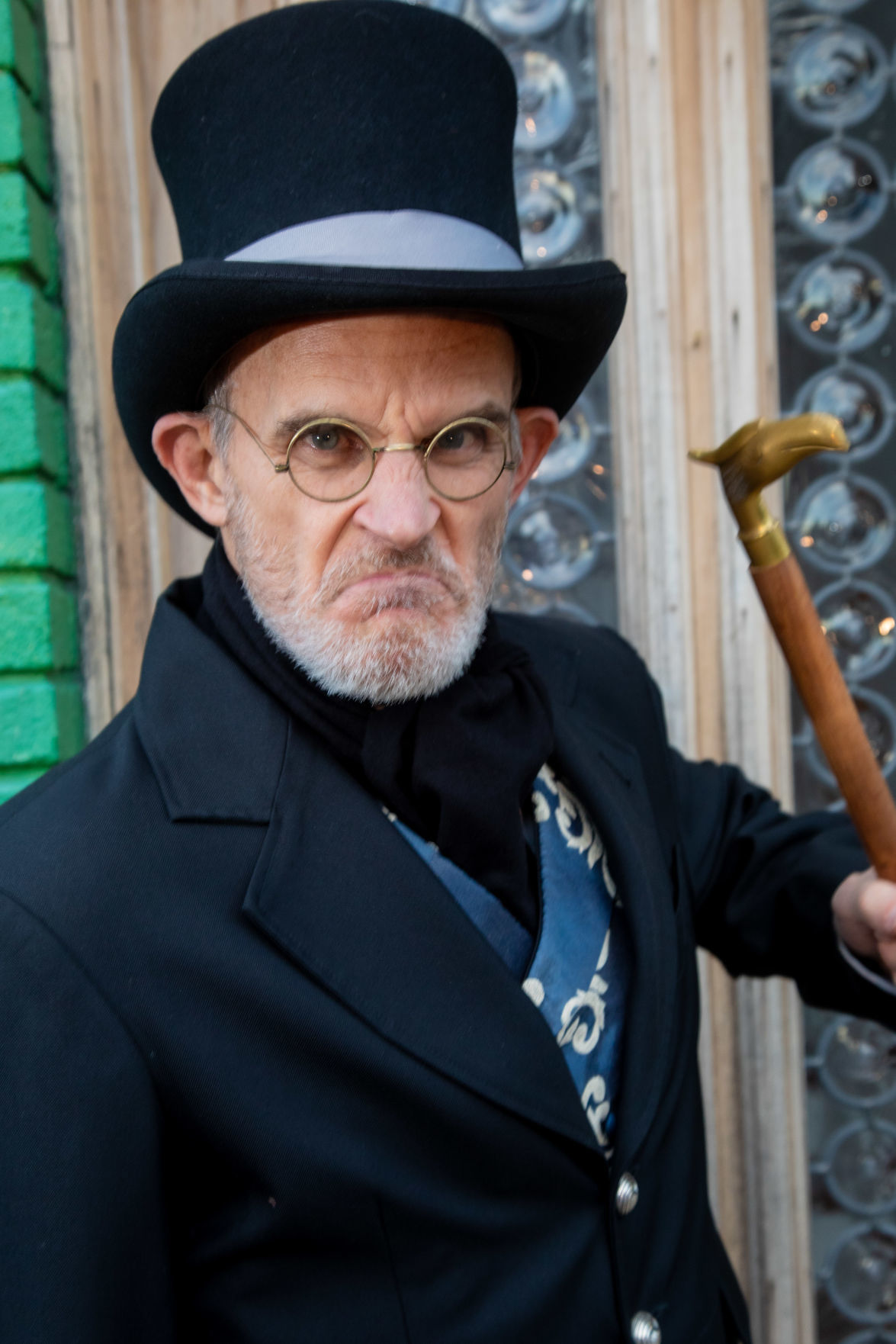 David Sitler as Scrooge is in Triad Stage’s “A Christmas Carol.”

A scene from “Nativity According to the Gospels,” a new show by the N.C. Black Repertory Co.

Young actors playing urchins surround David Sitler as Scrooge in a past production of Triad Stage’s “A Christmas Carol.”

David Sitler as Scrooge is in Triad Stage’s “A Christmas Carol.”

Four different plays will brighten the holiday season in Winston-Salem this year.

‘Christmas Carol’ with a Salem twist

Last year, the Little Theatre of Winston-Salem premiered “An Old Salem Christmas Carol,” written specifically for them by playwright Stephen P. Scott, based on the Charles Dickens classic.

This year, with some adjustments after its first run, the play is being directed by Mark Donnell, who has directed for the Surry Arts Council and the Cherry Orchard Theater.

“Our goal in this retelling is to transport our audience to the world of Salem, N.C., in the late 1800s,” Donnell said. “We will do this by involving all their senses from the time they arrive until they step out of the theater.”

Donnell anticipates some of the usual challenges of a large cast in limited space.

“Yes, with 28 people playing 63 roles, and a backstage crew, it will be a tight fit,” he said, “with many ‘adventures’ with our double- and sometimes triple-cast of characters changing for their next entrance.” But Donnell finds that theater people have a way of helping each other out, and depends on the leadership of Isaac Hampton, his stage manager.

The Little Theatre production will be presented at Southeastern Center for Contemporary Art.

Christmas at the trailer park

For its holiday offering, Winston-Salem Theatre Alliance returns to a musical first mounted in 2017.

Not everyone is on board with the contest idea, though, and conflict follows.

This adult-themed show “is definitely a different offering from most holiday fare,” Jamie Lawson, Theatre Alliance’s artistic director, said. “Typically, though, audience requests are what spawn a revival, and this one is at the top of the list.” And they have already added two shows to this year’s outing.

Ken Ashford, Michele Groneck, Jaye Pierce and Gray Smith return from the original production, and will be joined by Ashley Pearson (as Pickles) and Mary Upchurch (as Linoleum).

A traditional Dickens’ ‘A Christmas Carol’

In its seventh year in Winston-Salem, Triad Stage will freshen its Dickens’ “A Christmas Carol” with a complete redesign and construction of the show’s costumes, thanks to a donor’s generosity.

“Every year I look forward to the start of rehearsals,” said Sarah Hankins, director, “because the cast and crew have truly become a family of artists.

“This year, I’m also particularly excited about the new costume design, which has encouraged us to reinvestigate how we tell the story and the world of the play. There will be lots of surprises for our returning patrons,” she said.

Triad Stage’s adaptation of “A Christmas Carol” was written by Preston Lane, Triad Stage’s artistic director, and was presented in Greensboro for two years before its move to Winston-Salem and the HanesBrands Theatre.

A new musical look at the Nativity story

After many years of presenting Langston Hughes’ “Black Nativity,” its long-time director, Mabel Robinson, has written and will direct and choreograph a fresh look at “Nativity According to the Gospels,” opening Dec. 19 at Reynolds Auditorium.

“I was inspired to create this new piece to try to impress on as many people as possible the importance of an extended family, rather than a nuclear family, which is stifling our society today,” Robinson said. “‘It takes a village.’”

To accomplish this goal, “I decided to tell one of the most important stories known to man, the birth of Jesus Christ, from an extended family’s point of view, celebrated in a West African style in look and sound, infused with gospel music, dance and spoken word.”

In addition to Robinson, Tony Gillion is the music director, Frenchy LaVerne Slade is designing the costumes, and Arthur Reese is providing both the scenic and the lighting design for “Nativity.”

What: The Little Theatre of Winston-Salem presents “An Old Salem Christmas Carol."

Length: one hour, 30 minutes, with one intermission.

What: N.C. Black Repertory Co. presents “Nativity According to the Gospels.”