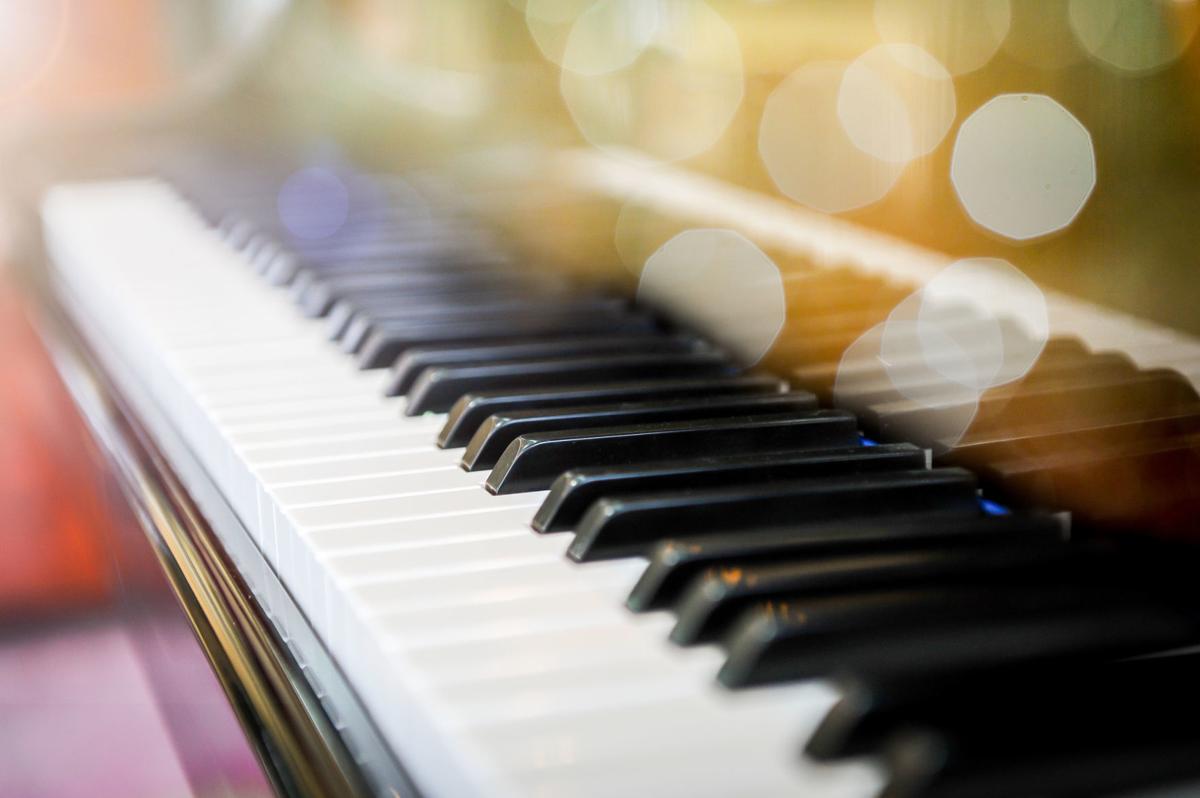 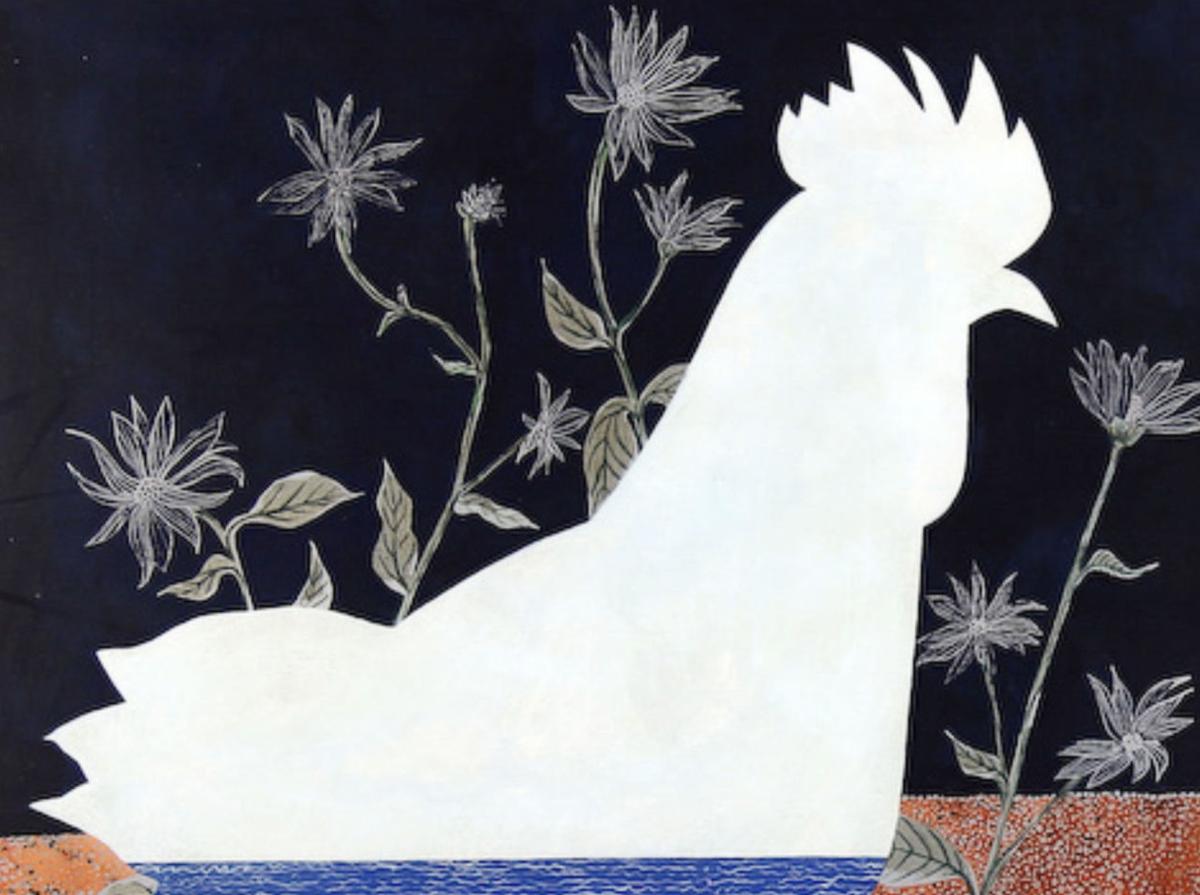 Ingrid Matthews and Jim Moon (work shown here) Exhibits: The Kenan Gallery, UNCSA, 1533 S. Main St., WS. Both exhibits will be on open to the public Sept. 17 through Dec. 7. www.uncsa.edu

Ingrid Matthews and Jim Moon (work shown here) Exhibits: The Kenan Gallery, UNCSA, 1533 S. Main St., WS. Both exhibits will be on open to the public Sept. 17 through Dec. 7. www.uncsa.edu

PLEASE NOTE SOME CANCELLATIONS AND POSTPONEMENTS BELOW -

Admission is free, and donations will be accepted.

Semilian to perform at Lewisville gathering

Semilian will sing songs of the 1800s, including the eras of the Gold Rush, the migration West and the Civil War. Semilian, who has an operatic voice, dresses in the costume of the era when she performs.

The Kenan Gallery at the UNC School of the Arts library, will exhibit work by artists with ties to the campus and community Sept. 10-Dec. 7. Work by high school alumna Ingrid Matthews, “Resonance,” will be on the second floor, and “Caprices” by former faculty member Jim Moon will be on the third floor.

Matthews spent the first 20 years as a baroque violinist, performing worldwide while pursuing an eclectic education in the visual arts. In 2013, she began to devote more time to painting.

Born and raised in Winston-Salem, she is the daughter of Clifton Matthews, who retired in 2011 after teaching piano in UNCSA’s School of Music for 43 years.

Moon, a North Carolina-based artist whose career has spanned more than 50 years, founded Asolare Fine Arts Academy in Lexington and has mentored countless artists over the years.

His work is included in public collections nationwide including the Museum of Modern Art in New York City; the New York Public Library; the Northwood Institute in Midland, Mich.; and Georgia Academy of Fine Arts in Calhoun, Ga.

For hours and information, visit www.library.uncsa.edu.

Note: Matthews is also performing in the Salem Bach Festival this week. See story on D1.

The members of the quintet are Kathryn Levy, flute; Anna Lampidis, oboe; John Sadak, clarinet; Amber Spuller, bassoon; and Robert Campbell, horn. The quintet will be joined by Kairoff, professor of piano and chair of the Department of Music at WFU, in a performance of the Sextet by Ludwig Thuille. The quintet will perform “I Got Rhythm” by George Gershwin and “Six Bagatelles for Wind Quintet” by György Ligeti.

Poet Laureate to speak at festival

The 11th On the Same Page, Ashe County, will run Sept. 10-15 throughout West Jefferson.

Kristin Cooper, the first lady of North Carolina, will present Tracy K. Smith, the Poet Laureate of the United States, at 7:30 p.m. Sept. 13 at the Ashe Civic Center. Smith will tell stories about her journey across rural America in her role as Poet Laureate and read from her poetry collections and memoir.

Award-winning authors will attend the festival, which will includes readings, writing workshops and more.

The evening recognizes members of our community for service and the work done by the Children’s Law Center. The center provides children with legal advocacy in domestic violence issues, high-conflict custody cases, and the rights of children in public education. The Center’s mission is to increase children’s potential to become emotionally healthy adults by fostering hope and empowerment.

‘The Bookshop’ to screen at Aperture Cinema

Bookmarks and Aperture Cinema will present “The Bookshop,” with Emily Mortimer and Bill Nighy, at 6 p.m. Sept. 12, 311 W. Fourth St. After the film, Bookmarks staff will discuss their experiences over the past year after opening an independent bookstore in Winston-Salem.

“The Bookshop” is the story of Florence Green, a widow who risks it all to open a bookstore in a small town that might not want one. The film will play all week.

Attendees who register for a class during the open house will receive a free Sawtooth membership, valued at $35, which provides a class discount.

Winston-Salem Theatre Alliance will continue its 2018/2019 season with a revival of “Million Dollar Quartet” Sept. 14-30 at 1047 Northwest Blvd.

Heartland Baroque will perform “The Winged Lion and the Unremembered Sea” at 7 p.m. Sept. 14 at St. Paul’s Episcopal Church.

“The Winged Lion and the Unremembered Sea” tells the story of Venice through the music of its 17th-century masters and the words of American humorist Mark Twain. Selections from “The Innocents Abroad,” published in 1869, chronicle Twain’s time in Venice as he journeyed through Europe with a group of Americans.

The theme is “A Night Under the Stars.” It is open to adults 35 and over to listen and dance to oldies music.

Forsyth County’s newspaper history began in the first week of January 1829, when John Christian Blum and an itinerant printer, H.S. Noble, struck off the first copies of The Weekly Gleaner on a second-hand press in Salem.

Blum had tried to launch the paper in 1827, but the city fathers didn’t approve, fearing that a paper “might have various unpleasant results for local individuals, for the congregation town, and for the Unity (church) itself. ...” A year and a half later, Blum got the go-ahead. In the 189 years since, Forsyth has seen scores of newspapers come and go.

On July 13, 40 teams of filmmakers assembled in Greensboro. Each team was issued three elements that had to be included in their films: a character, Carrie or Carl Waters, a lifeguard; a bar of soap as a prop; and the line of dialogue, “I know exactly where this is going.” Films were required to be four-seven minutes long, and filmmakers had 48 hours to write and produce them.

“Pierre Poulet” by team Film Flam, with Marie Stone van Vuuren as team leader, won Best Film of Greensboro. Their film will be sent to the international 48 Hour Film Project competition, Filmapalooza, to be screened and judged. From there, 12 films will be chosen for the Short Film Corner at the Cannes International Film Festival.

Tickets are $5 at the door. For information, visit riverrunfilm.com.

Brass Band to kick off season

The North Carolina Brass Band will kick off its fifth season with “Epic Brass.” Ashley Hall, concertmaster, will perform a cornet concerto. Brian Meixner will conduct.

Tickets are $20, $5 for students. Visit www.ncbrassband.org

POSTPONED TO Oct. 20 - Young artists will show and sell work

The show, organized by Leslie Smith, aims to acknowledge the depth of creativity in local youth and promote the value of creative careers.

Taqueria Luciano’s Taco Truck, Rockin’ Jump games, music by On Demand DJ, and live performances by Headcase, the local, youth rock band and the Kossler Suzuki guitar students will be on site.

Salem Band will celebrate the music of Leonard Bernstein in the year of his 100th birthday. The program includes “Selections from ‘West Side Story,’” “Slava!,” “Overture to ‘Candide,’” “Make Our Garden Grow,” music from “Wonderful Town” and “Fancy Free,” “Simple Song” and “A Copland Tribute” by Bernstein’s friends and influences, Stephen Sondheim and Aaron Copland. Cristy Brown, vocal soloist, will perform “I Feel a Song Coming On.”