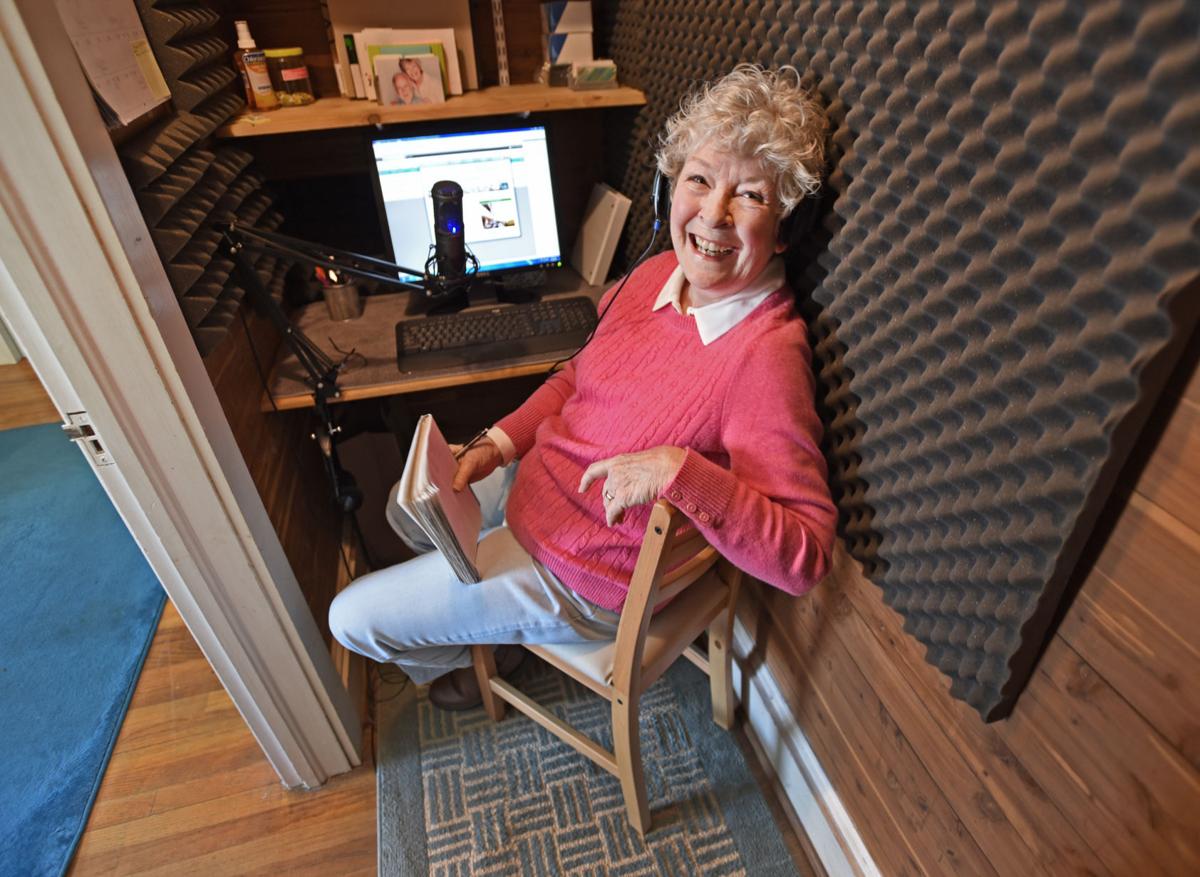 Liz Bergstone has converted a closet into a recording booth where she does voiceover to market multi-million-dollar houses for sale all over the world and narrates audiobooks. 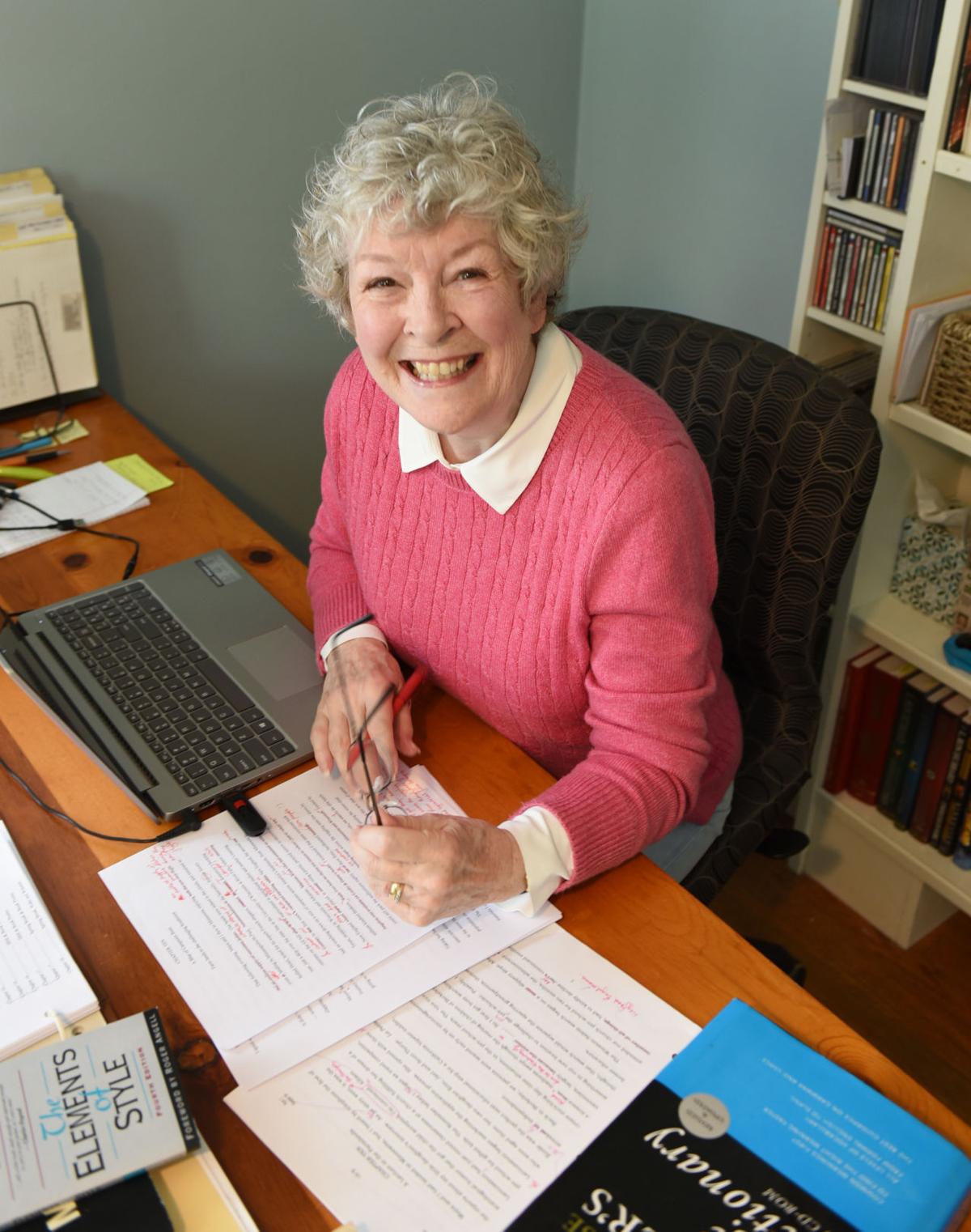 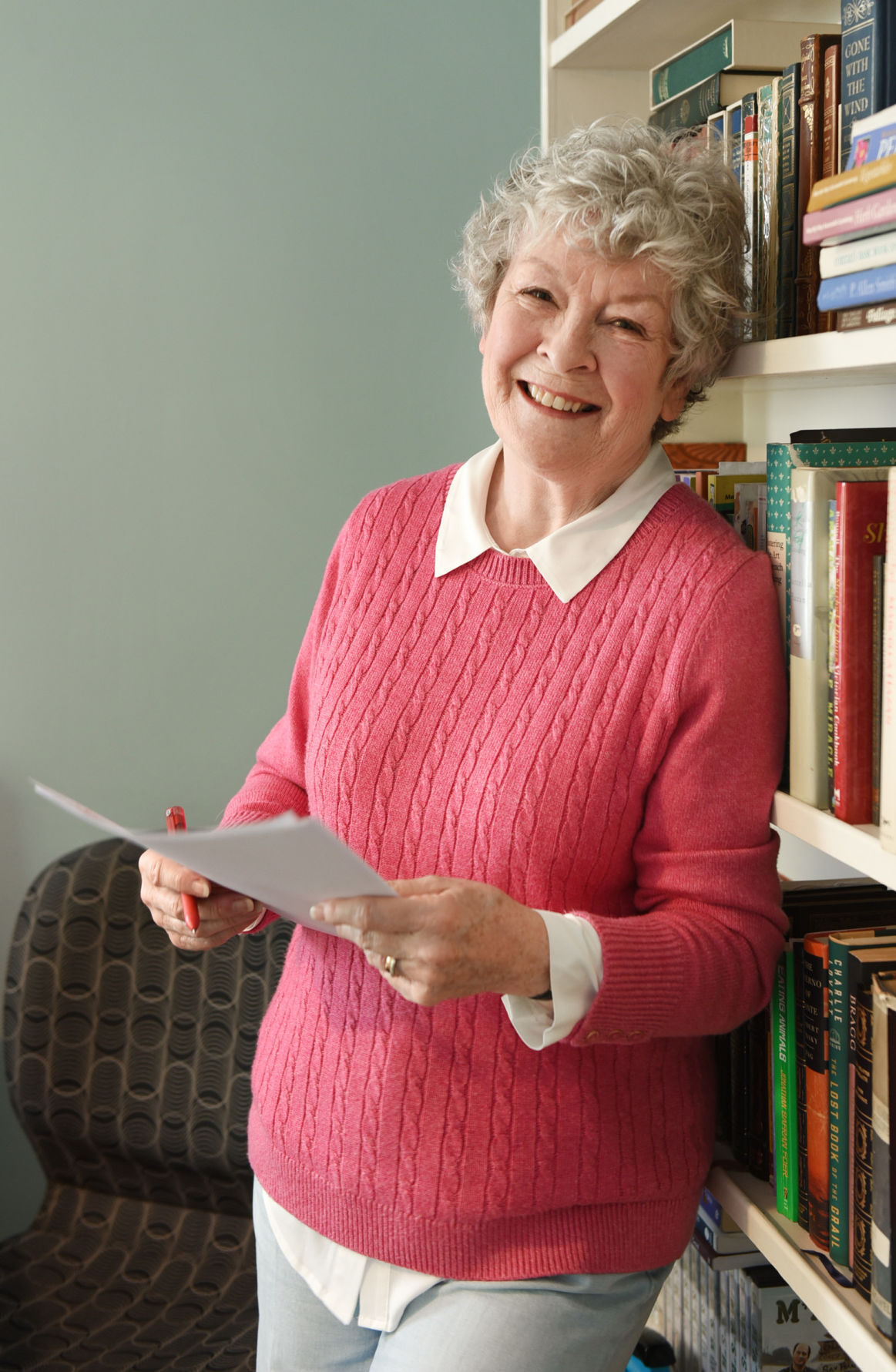 Liz Bergstone has converted a closet into a recording booth where she does voiceover to market multi-million-dollar houses for sale all over the world and narrates audiobooks.

Elizabeth Bergstone knows her way around a microphone, and while she’s no stranger to Hollywood studios and theatrical stages, she has also worked from home for many years.

In her capacity as a voice actor, she can work anywhere — just as long as she can control the noise in her immediate environment, has adequate recording equipment and a good microphone.

What she always has is an English accent and a melodic voice, which make her particularly desirable to purveyors of luxury products — like pricey real estate.

She has worked for her main voiceover client, Rainmakers Marketing, LLC, a company in Wisconsin, for seven years. Through Rainmakers, she narrates commercials for Luxury/Portfolio, a company that markets multi-million-dollar houses worldwide.

“They send me slide shows of their houses, together with a script, and I record the description of each house in my dulcet English tones. I think they think it makes the houses sound more posh!” Bergstone said. “I record commercials for houses all over the world. ... The ones in Los Angeles are the most exotic. How about Johnny Carson’s former beach-side mansion in Santa Monica? Or the former Playboy Mansion for $200,000,000!

“So far the coronavirus doesn’t seem to have affected this industry; I still seem to get as many houses to narrate as ever. The world of the super-rich doesn’t appear to be touched by the chaos going on at the level of ordinary folks.”

She also records commercials for houses in other countries — a diplomat’s pied-a-terre in London, a Paris apartment overlooking the Eiffel Tower, a vineyard in Italy, a palace on the Bosphorus.

“It’s my entree into houses I’ll never get to visit,” she said. “And of course I have to find out how to pronounce all those esoteric place names. How do I do it? That’s a little-known secret of the trade!”

Actually, she does it the old-fashioned way: research in person and online.

Brian Jarstfer in operations support at Rainmakers is the person who Bergstone calls with technical questions.

“We have never seen each other, so I don’t even know what he looks like, but he’s a great guy, and we have gotten to be friends,” she said.

Jarstfer concurred. “We both love animals. My cat Roxy has gotten Christmas gifts from her, which is very nice.

“I’m a former radio guy, so I know how to work with voiceover talent, and Liz is a unique talent. She brings a theatrical presence to the work that not everybody has.

“She’s incredibly worldly. Our clients in Luxury/Portfolio might be in Africa, in London or in Hawaii, and she tackles pronunciation conundrums better than anyone.”

Bergstone has narrated four audiobooks, and is at work on a fifth, “The Black Sparrow,” a murder mystery which takes place in London and Paris.

“The characters are quite diverse,” she said. “They range in age from 17 to 47, they’re male and female, and have various accents: young Londoners; middle-aged Pakistanis now living in London; an older upper-class British gentleman, and a smattering of Parisians of various ages. Quite a challenge!

“All I have to do is sit in the booth and narrate it.”

She also works as an editor, writes nonfiction and has won awards from Writers Digest magazine.

Her most recent editing job is with Winston-Salem resident Brenda Humphrey who has written a book about her experiences as a travel companion to Maya Angelou and a caregiver to her mother who suffered from Alzheimer’s disease.

Before the COVID-19 stay-at-home orders, Bergstone and Humphrey met once a week to go over word choices and chapter contents. Now, they work by phone.

“And laugh a lot,” Bergstone said.

“Laughter gives great momentum to the work,” Humphrey said. “If you can’t laugh with someone, how can you work with with them?”

Bergstone keeps the process moving forward. Humphrey said, “She keeps me going. I would drag this out much more if she weren’t the motor behind me.”

The two share a love of words and language.

“We are both wordsmiths, and working with her and language are pure joy,” said Humphrey who speaks French, German and Spanish. Bergstone speaks French as well as English.

Bergstone was born in London, England, and received her education there. She graduated from a three-year diploma program at Rose Bruford College of Speech and Drama, London’s international drama school.

Her first show business jobs were dancing, notably at the Wind Mill Theatre, a famous, fairly respectable burlesque venue. When all the theaters in London closed down for the Blitz in WWII, the Wind Mill stayed open.

Its motto became “We never close,” but it did close when Bergstone was working there and was remodeled to include a small casino. When management offered to train Bergstone to be a blackjack dealer, she took them up on it.

While working there, she met and married an American man and moved to Las Vegas, Nevada. During this time, the casinos were ordered to hire female dealers.

“I was the first female blackjack dealer on the strip,” she said. She worked her way up to pit boss at Caesars Palace.

When she decided she wanted to get out of the casino business, Bergstone started volunteering at the local classical music radio station. There, she met the conductor of the Las Vegas symphony who recruited Bergstone to the job of symphony manager.

She continued to work part-time as a pit boss and part-time at the symphony until she heard through the nationwide symphony network that there was a job opening at orchestra in Winston-Salem.

“In 1985, I came here to take the position of public relations and marketing director at the Winston-Salem Symphony,” Bergstone said.

Her marriage to her first husband was over, but she was about to meet the love of her life.

“I was sitting in the first row of the balcony in the first concert of the season,” she recalled. The orchestra was playing Dvorak’s Cello Concerto in B minor, which has a longish orchestral introduction. About three minutes in, the principal French horn plays the major theme of the piece.

“Internally, I gasped,” Bergstone said. “It was so beautiful.”

A couple of days later at a rehearsal, she complimented the horn player on his solo. She barely knew what a French horn was, she said, much less that the player was an internationally renowned musician and a professor at UNC School of the Arts.

“He said, ‘This is Fred Bergstone,’ and I said, ‘What do you want?’” in her characteristically direct way. “I figured out that the reason he called me so late was because he’s so shy that it took him that long to work up the nerve to call me.”

He hemmed and hawed and finally asked her to dinner. He was so well known and Winston-Salem so small that they went to Elkin to dinner to avoid gossip.

The couple has lived mainly in Winston-Salem, with about five years in Los Angeles. Fred retired from UNCSA in 1999 and the symphony in 2008. He does all the recording and editing for her audiobook work.

Besides drama school in London, Bergstone has done extensive training in stage, film and voice acting.

Her TV credits include appearances on ABC’s “Modern Family” and Fox’s “Bones.” Movie credits include “Angels On Tap,” which starred Ed Asner and Jamie Farr, and “The Wheels They Keep on Turning.”

She has performed in theaters from Bromley Repertory in England to the Little Theatre of Winston-Salem, and worked as an announcer on radio stations from Las Vegas to WFDD at Wake Forest University.

When Bergstone tells people that she is a voice actor, they often say, “Oh, I’d like to do that.”

“It’s not easy. It takes training,” she said. “It also helps to be lucky. Working as a voiceover actor is very competitive. “After all, who wouldn’t want to get paid for working in their jammies?