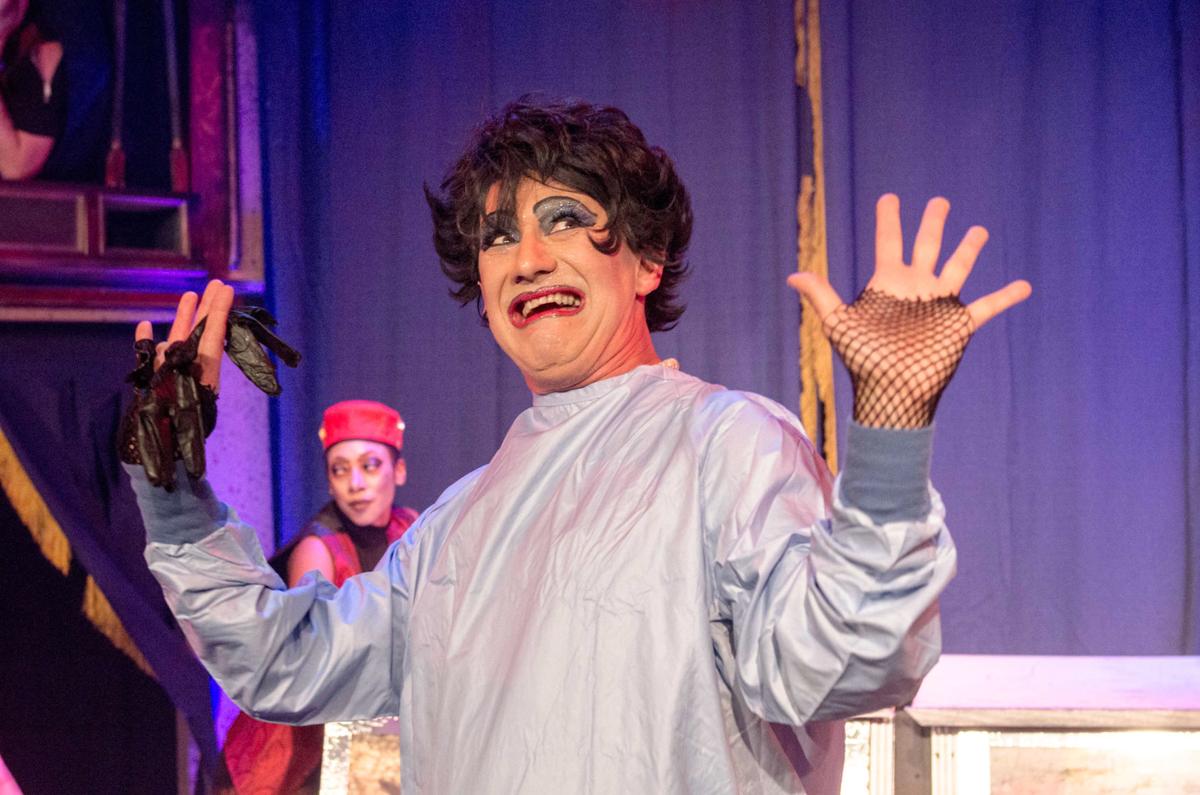 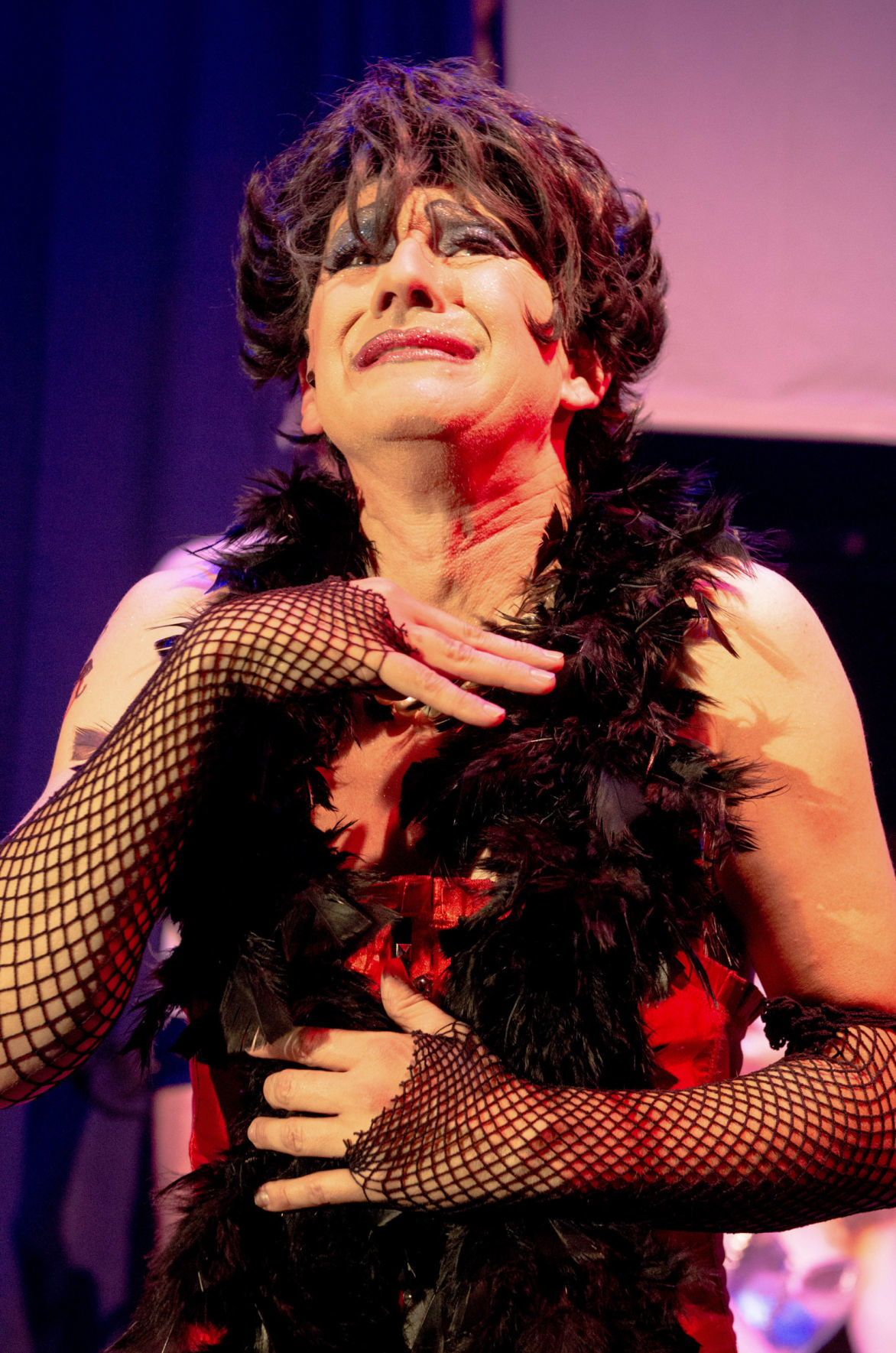 On Northwest Boulevard, the Winston-Salem Theatre Alliance stage is being readied for four more musicals as part of the company’s 2019-2020 season.

“The Rocky Horror Show”This cult favorite musical, with music, lyrics and book by Richard O’Brien, ran for nearly 3,000 performances in various venues after its 1973 debut in London. A movie of the story added to its fame.

The musical, a humorous reflection on 1930s science fiction and horror movies, follows a newly-engaged couple who, lost in a storm, fetch up at Dr. Frank-N-Furter’s home. This “mad transvestite scientist” is about to unveil his Frankenstein-like creation, Rocky Horror, with the help of an interesting cast of residents.

“Rocky Horror” is the second of four revisited productions that Jamie Lawson, artistic director, added to the company’s “Feels Like Home” regular season.

“I wanted us to do a slate of shows to remind people why they enjoy coming to visit us so much — that warm feeling when you are surrounded by comfortable people and having a great time, just like home,” he said.

“We selected prior powerhouse shows,” he added, “so that people will remember why they have supported us through the years.”

A number of the most recent cast will reprise roles, including Gray Smith (Frank-n-Furter), John C. Wilson (Brad) and Suzanne Vaughan (Magenta).

One newcomer, Macon Shirley, has performed on numerous stages around the Triad. He is taking on the role of Riff-Raff, the same role that show creator O’Brien played in London and in the movie. It’s also his first time on the Theatre Alliance stage.

“Being a fan of horror B-movies, I’ve always enjoyed the campiness of ‘The Rocky Horror Picture Show,’” he said.

Attending the Theatre Alliance production a few years back, Shirley “… was instantly drawn to the Riff-Raff character because of his quirky characteristics and the familiar ‘Time Warp’ song. So, the challenge for me is to bring the familiar along with my own twist to the character.”

“Tommy,” the classic rock opera by English rock group The Who, came out in 1969 and was followed by a spacey 1975 movie. Finally, in 1992, with music and lyrics by Pete Townshend and a book by Townshend and director Des McAnuff, it came on stage with 899 performances in New York City.

“’Tommy’ has an unusual story line,” Lawson said, “but if you’ve seen the movie, you have a hint of the stage version. I find Tommy’s story very plausible based on his trauma in childhood.”

Lawson said, “Frankly, the main catalyst for choosing this musical is the music. Much of it is very catchy, with themes that repeat.”

Jake Messina will play Tommy, along with Donna Schimmenti as Mrs. Walker.

“This one is full of campy, silly humor,” Lawson said.

“Disaster!” is the creation of Seth Rudetsky and Jack Plotnick. A comedic parody of the 1970s disaster films such as “Earthquake,” “The Poseidon Adventure” and “Towering Inferno,” the musical made it to Broadway in 2016 after a couple of trial runs in smaller theaters. The Theatre Alliance version features a large cast of regulars and a few new faces.

“I like to mix in newer offerings when I can along with those that might be considered classics,” Lawson said. “This one has a lot of visual humor, and a whole lot of familiar ‘70s songs.”

In February, Theatre Alliance will revisit another popular musical with this tune-filled look at Buddy Holly near the end of his career.

“Audiences really enjoy the concert feel of this show,” Lawson said. “In my years of directing, I rarely witness something like the last 30 minutes of ‘Buddy,’ which puts audiences in an absolute tizzy. It’s intoxicating to be in the room with all of the energy, really.”

Length: one hour, 35 minutes; no intermission.

Length: one hour, 40 minutes; no intermission.