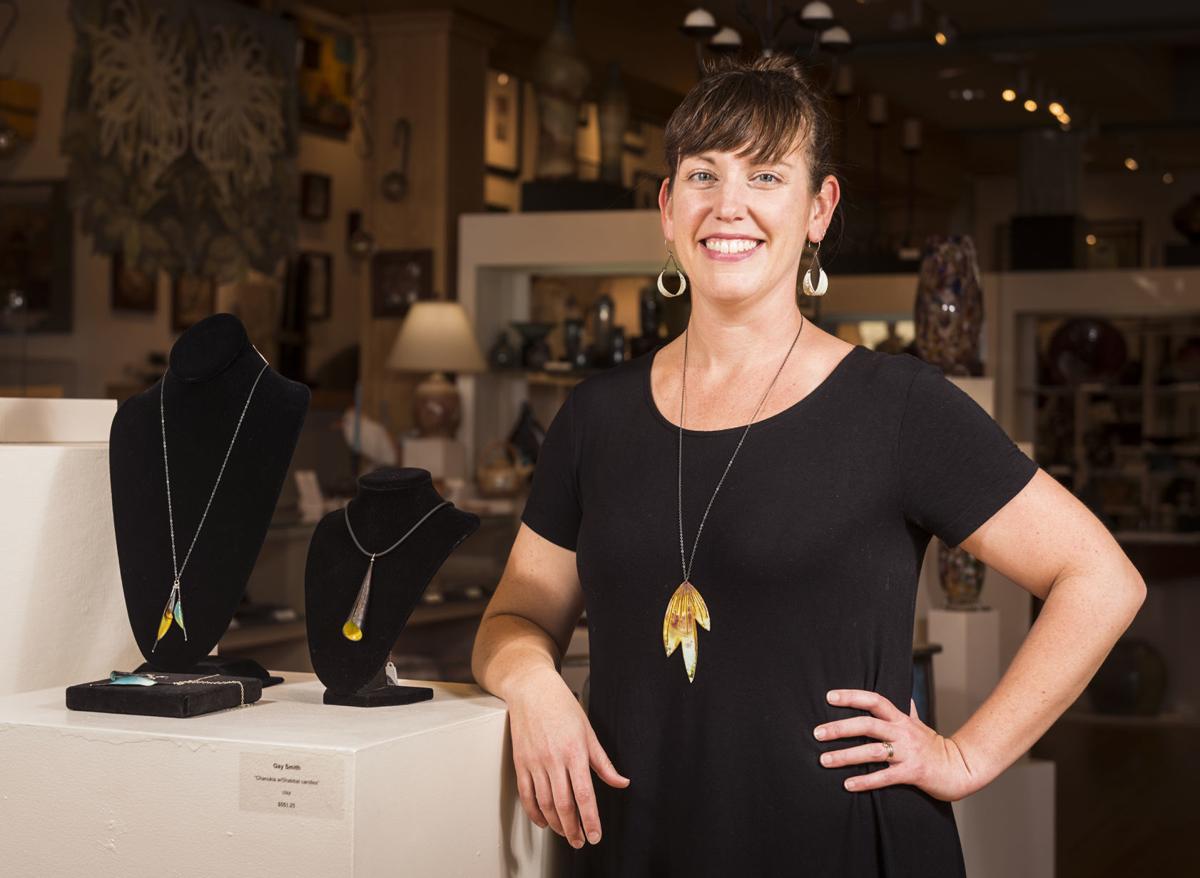 Metalsmith Annie Grimes Williams will be at the The Winston Junction Market. 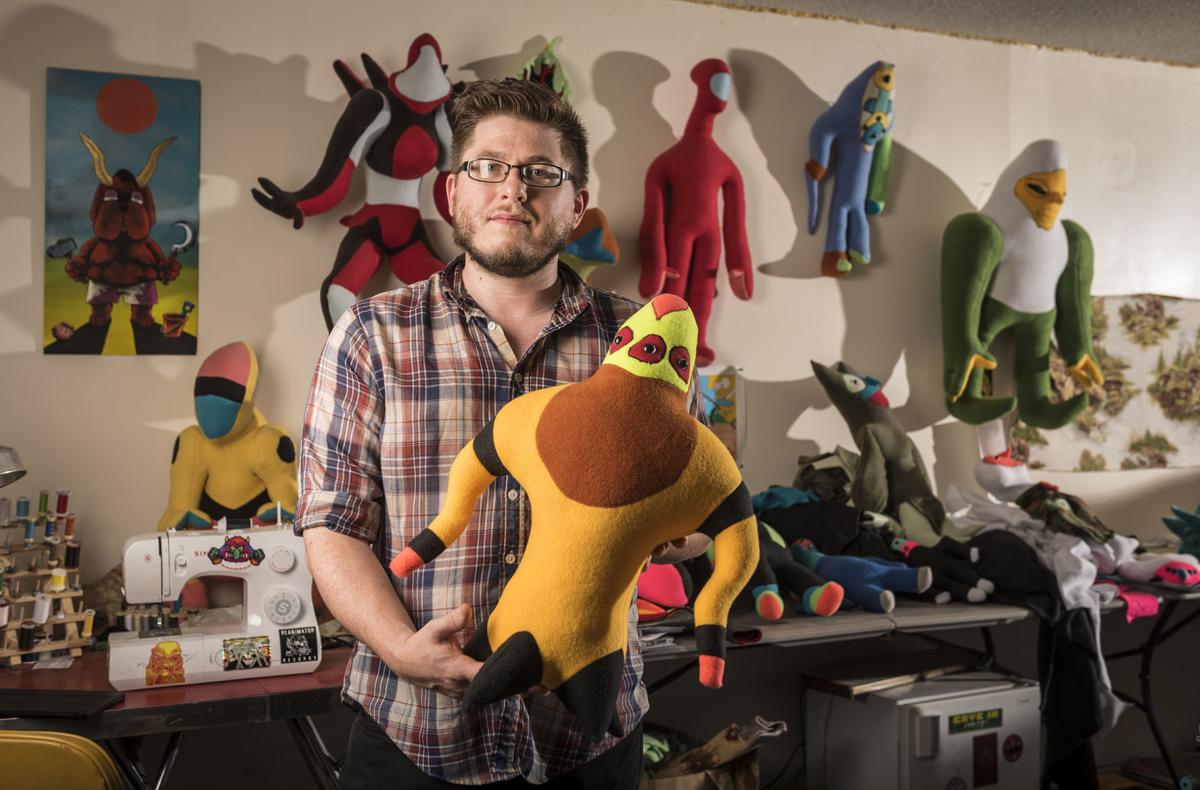 Toy designer Ian Dennis is with a selection of his work. 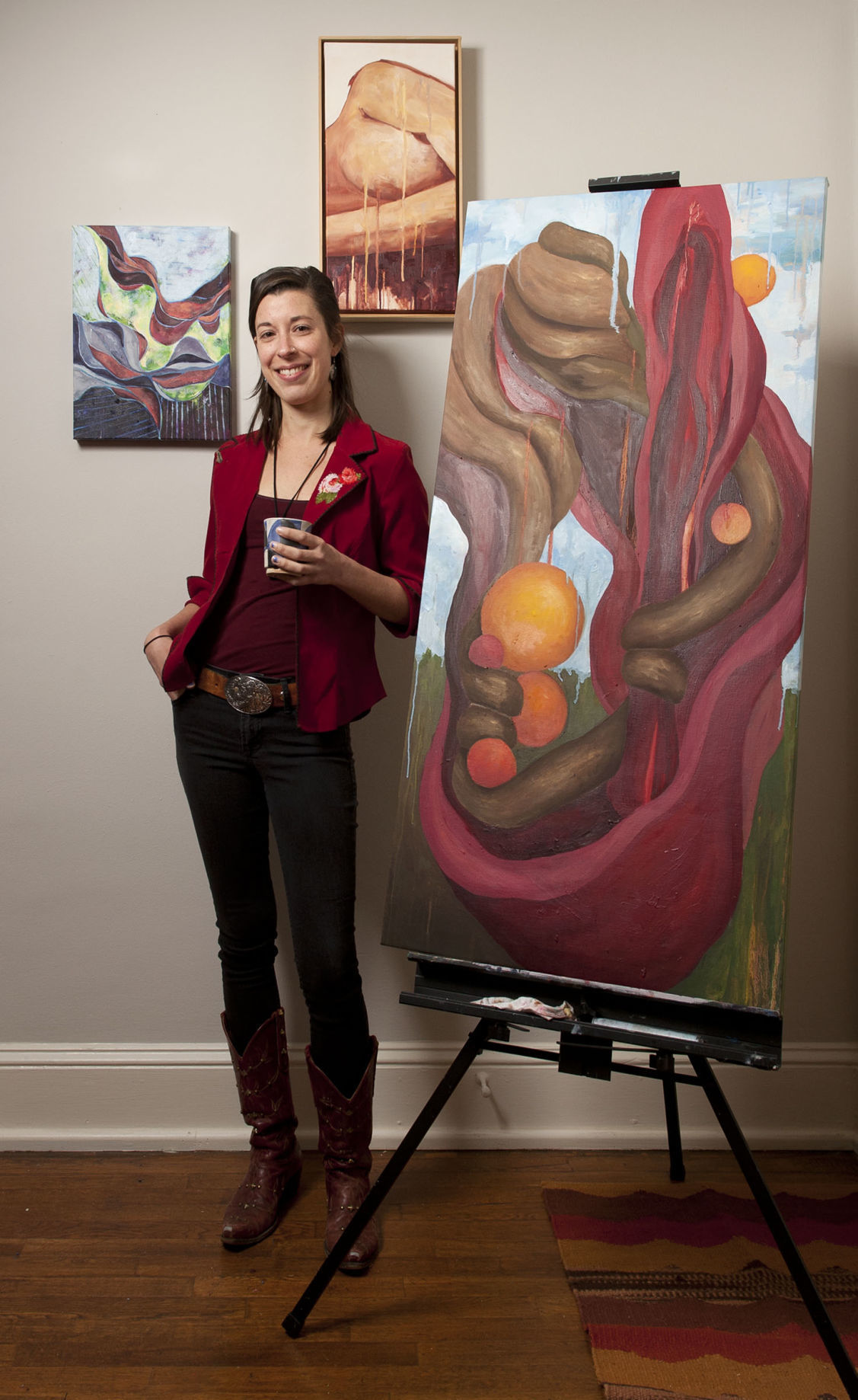 Winston-Salem artist Sarah Kelly is one of organizers of the Southbound Craft Fair. Her paintings (from left) are titled “River Series: Northern Shore,” “North Facing Slope” and “Dreams or Reflective Reproduction.” 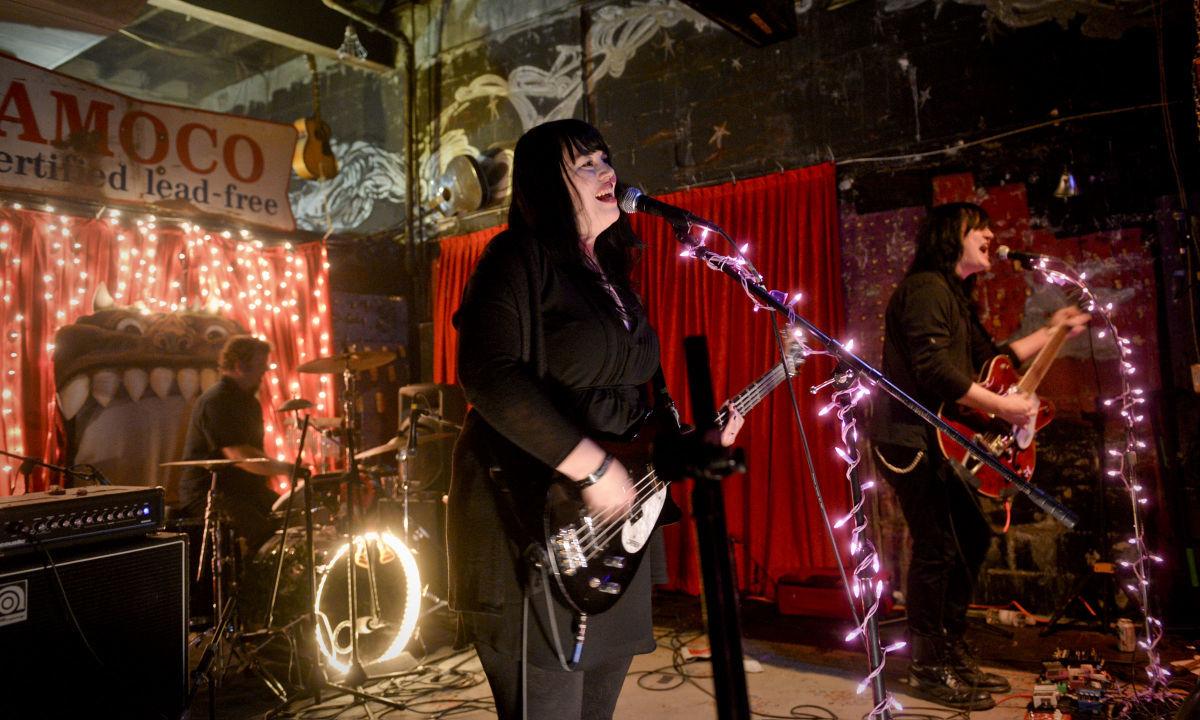 Spirit System will perform at the Wherehouse Art Mart.

Metalsmith Annie Grimes Williams will be at the The Winston Junction Market.

Toy designer Ian Dennis is with a selection of his work.

Winston-Salem artist Sarah Kelly is one of organizers of the Southbound Craft Fair. Her paintings (from left) are titled “River Series: Northern Shore,” “North Facing Slope” and “Dreams or Reflective Reproduction.”

Spirit System will perform at the Wherehouse Art Mart.

The Krankies Craft Fair had become such a staple of holiday shopping that even when it moved from the coffee shop to Innovation Quarter in 2015, organizers kept the name.

The fair has another new home, The Winston Junction Market, so organizers considered it to be a good time to rename the fair the Southbound Craft Fair.

There are a few other changes as well, including a new spot on the calendar and an extra day. This year’s fair will be Dec. 13-14, said Sarah Kelly, one of the organizers.

The Winston Junction Market, 901 Trade St., is across from The Ramkat, which will host the Wherehouse Art Mart’s holiday show on Dec. 14.

Rather than compete for customers and dollars, organizers of both shows are taking a “more-the-merrier” attitude.

“It’s more about having a mass of people,” said Haydee Thompson, who is organizing the Wherehouse Art Mart with Tessa Everton. “We’re trying not to compete with them.”

Though both fairs will feature lots of local artists and craftspeople, there are a few differences, with Southbound focusing more on crafts and the Wherehouse heavier on fine arts.

The organizers of Southbound, which also include Chandra Noyes, Madalyn Wofford and Kelsey Brown, realized last year that the fair had outgrown Innovation Quarter. Renting that space was also expensive, which resulted in higher vendor fees, something organizers wanted to reduce.

“We felt like moving away from that part of town was an opportunity to do something a little different, and the biggest part of that is that we wanted our vendors to do well,” Kelly said. “It was becoming cost-prohibitive to be at Innovation Quarter without our booth fees going up, so we moved to keep those fees low to make sure it’s worth their time.”

The number of people submitting applications to be in the curated fair jumped from 70 applicants three years ago to 150 applicants for 55 to 60 spots in this year’s show.

Southbound comes from the name of the train line that cuts through the city.

“We were thinking through what feels like Winston-Salem without it being totally based on tobacco or some marketing scheme,” Kelly said. “When you’re downtown, you always hear the train come through, and there’s one guy who is infamous for honking the horn. And we found out the name of the line is the Southbound Line.”

Food and drink vendors from the Winston Junction Market will be open, and Hoots Beer Co., will be on hand.

Across the street at The Ramkat, the Wherehouse Art Mart will be a mix of art and music, Thompson said.

More than 20 vendors will be selling art in the balcony of The Ramkat, and there will be music in the adjacent Gas Hill Drinking Room, from such acts as Andy Mabe, Scrub Pine and Zack McCraw.

“We’ll have a range from fine art to sculpture to some wearable art,” Thompson said.

This is the third Wherehouse Art Mart, and the second at The Ramkat.

“They’ve been pretty successful each year and we want to keep ramping it up every year,” Thompson said.

There will be food trucks, including Burger Supreme; Krankies will have coffee; and the bar at Gas Hill will be open.

In addition, 20 tote bags filled with goods from local businesses and bands will be raffled. Entry is free during the day for people bringing unused and kid-friendly art supplies, which will be given to The Shalom Project. Otherwise, tickets are $5.

At 7 p.m., the downstairs of The Ramkat will open for a slate of bands performing until midnight. Bands include Finks and Spirit System.

What: Southbound Crafts Fair at the Winston Junction Market, 901 Trade St., and The Wherehouse Art Mart at The Ramkat, 170 W. Ninth St.