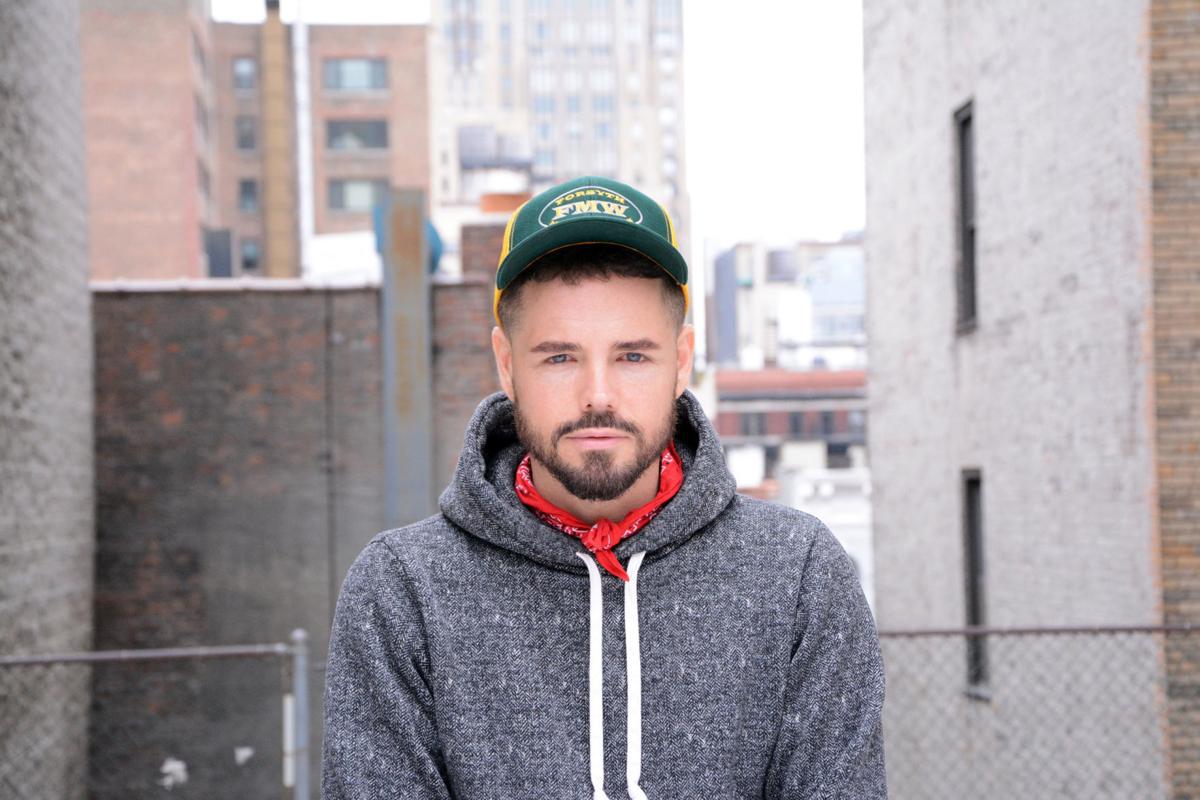 Mitchell Slaggert (left) and Christine Marzano in stills from the film, “Moss,” which will be screened at the RiverRun International Film Festival: 8:30 p.m. Friday, UNCSA-Babcock; 7:30 p.m. Saturday, Aperture 2, part of the N.C. Stories category. See a review on Page 11.

“Moss” opens Friday at Babcock in the ACE Theatre Complex at UNCSA.

Christine Marzano in a still from “Moss,” which opens Friday at Babcock in the ACE Theatre Complex at UNCSA.

Mitchell Slaggert in a still from "Moss," which opens Friday at Babcock in the ACE Theatre Complex at UNCSA.

Mitchell Slaggert (left) and Christine Marzano in stills from the film, “Moss,” which will be screened at the RiverRun International Film Festival: 8:30 p.m. Friday, UNCSA-Babcock; 7:30 p.m. Saturday, Aperture 2, part of the N.C. Stories category. See a review on Page 11.

“Moss” opens Friday at Babcock in the ACE Theatre Complex at UNCSA.

Christine Marzano in a still from “Moss,” which opens Friday at Babcock in the ACE Theatre Complex at UNCSA.

Mitchell Slaggert in a still from "Moss," which opens Friday at Babcock in the ACE Theatre Complex at UNCSA.

As a talent scout for the fashion industry, Daniel Peddle has a proven eye for finding beauty.

Jennifer Lawrence and Mitchell Slaggert, a Calvin Klein underwear model, are among the people he has tapped on the shoulder and asked: “Are you interested in modeling?”

But as a director, Peddle has an affinity for the blemishes in the world, expanding his idea of beauty to abandoned trailer parks, junked-up porches and faces etched with wrinkles.

A Winston-Salem native and 1988 graduate of Parkland High School, Peddle will be at RiverRun International Film Festival on Friday and Saturday for screenings of his fifth film, “Moss,” which stars Slaggert in the lead role of a teenager haunted by the death of his mother. Slaggert will also attend.

Written and directed by Peddle, “Moss” premiered at the LA Film Festival and received favorable reviews, with The Hollywood Reporter calling it a gorgeously shot film that is a “memorable study of solitude and connection.”

Breaking Glass Pictures recently acquired North American distribution rights to the movie, which will open in New York and Los Angeles on July 6.

“Moss” is a continuation of Peddle’s interest in rural isolation and decaying landscapes that lie just beyond strip malls and subdivisions, areas that he explored in 2014’s “Sunset Edge,” which was set in an abandoned trailer park south of Clemmons and starred students from West Forsyth High School.

“It was almost like when you are reading a book and mark the page to mark your place,” said Peddle in a telephone interview from New York City, where he has lived since 1992. “It’s like I left it at ‘Sunset Edge.’ It wasn’t until I met Mitchell that I got the framework for the film.”

Slaggert, a Georgia native, was studying mechanical engineering at Cape Fear Community College in Wilmington, when Peddle spotted him two years ago.

“I was walking to my car one day and he asks me, ‘Would you like to model?’ And he hands me his card,” Slaggert said. “I Googled him and saw that he was the real deal.”

A short time later, he was on his way to Italy to model for Calvin Klein.

In Slaggert, Peddle found a fellow Southerner with a shared love of the outdoors.

“We talked a lot about the commonalities of our childhood,” Peddle said. “Parts of his childhood are similar to mine, so it was a perfect storm in terms of inspiration. And because it was his first film, I wanted to give him the opportunity to be comfortable in that role and not too removed from his own experiences, and that proved successful.”

“Daniel was so good at tailoring what he wanted from each scene,” Slaggert said. “This was my first movie and my first time seeing all this stuff.”

Peddle returned to North Carolina for “Moss,” filming it at Carolina Beach, where he and his family have vacationed for years. But this version of Carolina Beach won’t show up on tourism brochures.

The settings include a trailer park, a nondescript greasy spoon that sells fried bologna, a cement-blocked bait-and-tackle shop, the Cape Fear River and an unfinished, mildewed home tucked in the woods. In some cases, the camera fixes on these locations for long shots that evoke Edward Hopper paintings.

The performances are powerfully understated, revealing the humanity in everyday people dealing with issues of abandonment and grief.

“I’m obsessed with fringe cultures and people who are marginalized,” Peddle said. “I’m also, to some degree, trying to dismantle stereotypes people might have about people they consider hillbillies or rednecks.”

Peddle’s dual fascination with art and people on the margins date to his childhood in Winston-Salem, when he began to make short films. An art teacher at Parkland, Lura Holley, showed him it was possible to turn art into a career. He later dedicated his first book to her.

“She introduced me to documentary photography and helped me learn darkroom techniques. Some of my first projects were documenting local farm culture in rural Forsyth County,” Peddle said. “I got the name ‘Little Professor’ because I’d show up and take pictures of hog kills, and the kinds of traditional things people used to do. I realized it was dying as a culture, so I wanted to document it, and this got me into ethnography.”

Peddle later studied anthropology and filmmaking and became a “street scout” for Abercrombie & Fitch after moving to New York. That’s where he spotted Lawrence, then 14, at Union Square. He now runs The Secret Gallery, a casting company, with partner Drew Dasent, while continuing to paint and make movies.

“When I moved to New York, people said, ‘Hey, you gotta pick one thing.’ I’ve never done it that way. So why do it now?” Peddle asked. “I continue to do all the things I love to do.”

What: "Moss," followed by a Q&A with Daniel Peddle and Michael Slaggert

The 20th annual RiverRun International Film Festival, which opens today and runs through April 29, will show 165 films, including 73 features …