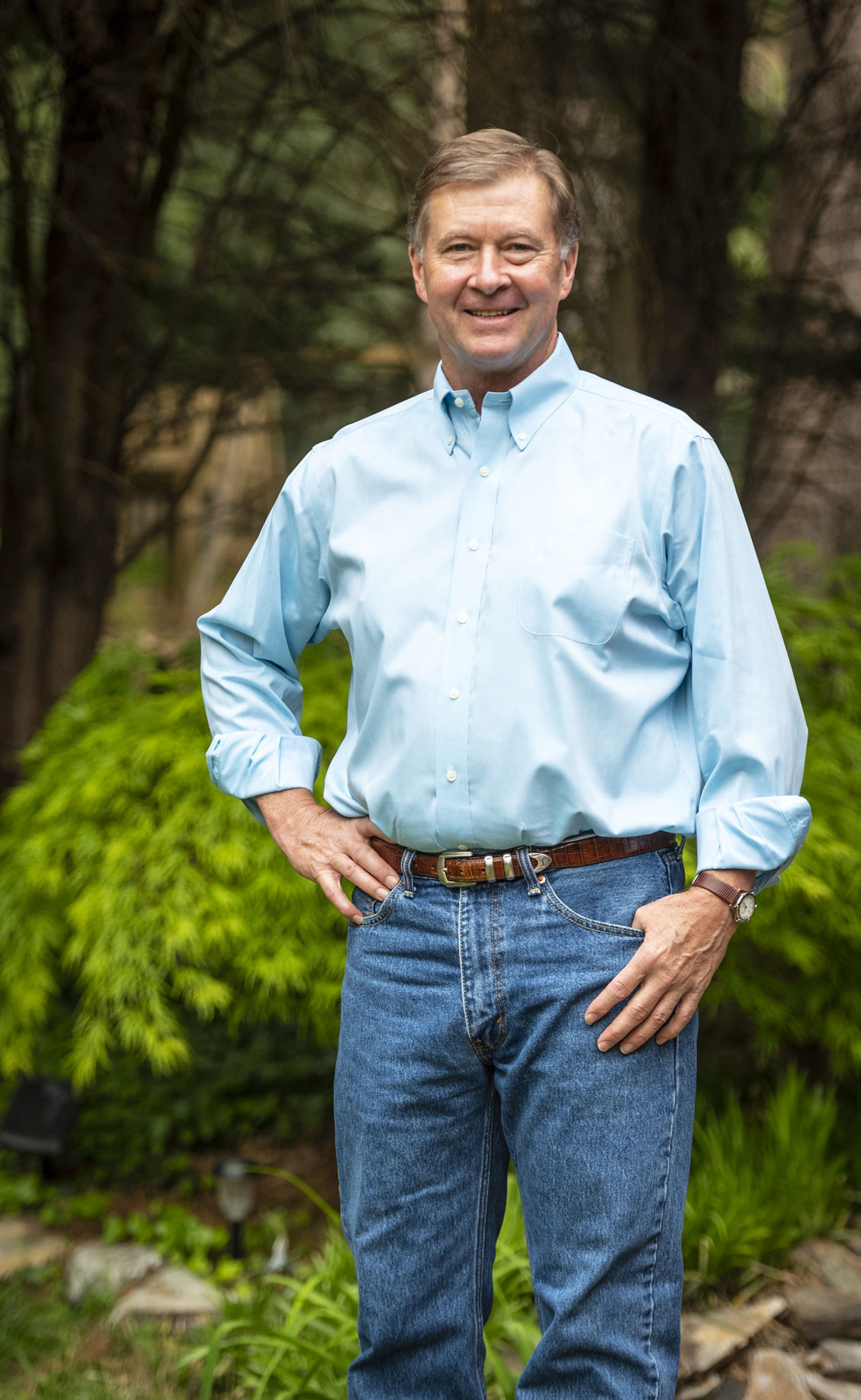 Author Cameron Kent stands for a portrait at his home in Winston-Salem. 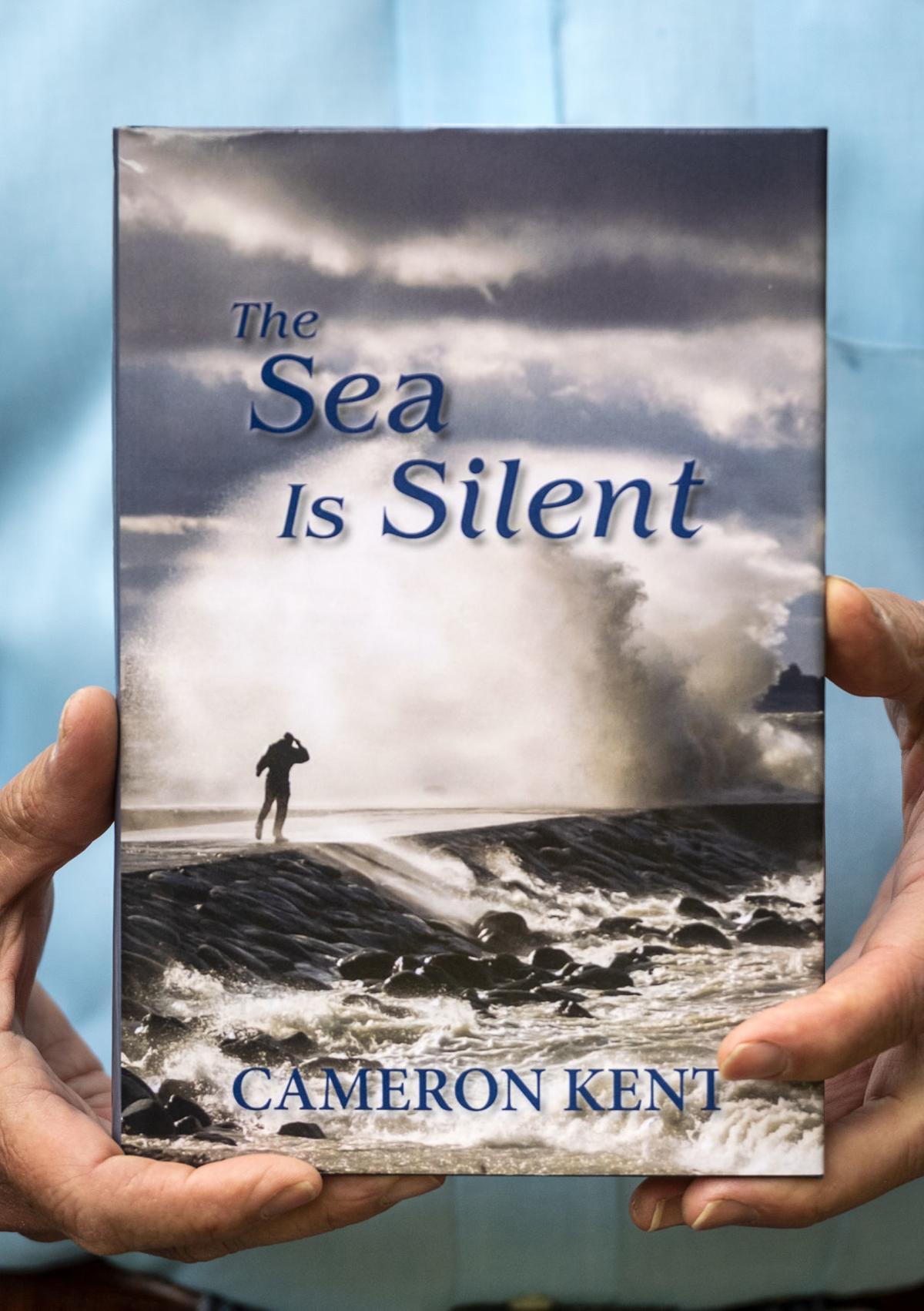 Author Cameron Kent holds a copy of his most recent book, “The Sea is Silent.” He is currently writing a screenplay version of the book.

Author Cameron Kent stands for a portrait at his home in Winston-Salem.

Author Cameron Kent holds a copy of his most recent book, “The Sea is Silent.” He is currently writing a screenplay version of the book.

Cameron Kent has made more than 3,000 speeches in his career, but he still gets nervous if he feels unprepared.

So, he emphasizes two things in his public speaking classes: Be prepared, and know your audience. He’ll be teaching “Public Speaking for Writers” next weekend in the N.C. Writers Network’s online Cabin Fever Conference.

Kent, 62, has one of the most recognizable faces in the Triad. After being the main news anchor at TV station WXII for 22 years, he retired in December 2016. He had worked at the station for 10 years before that, before he spent six years (1988-1994) as a screenwriter in Los Angeles.

His credits include four films that have aired on NBC, HBO, Lifetime, and at the American Film Institute.

“It was great fun,” Kent said of his time in L.A. “It was very exciting. Scripts were selling, and there was a lot of production.”

When he and his wife, Sue, started raising their family, they came back east. Their children now are grown and gone: Colin, 27, works in the aviation industry; Lauren, 25, is with CNN in London.

While at WXII, Kent was nominated for 14 Emmy Awards for journalism, including three times as best news writer.

He grew up in Alexandria, Virginia, because his father was in the Air Force, stationed at the Pentagon. Kent won an Emmy for his reporting on the Pentagon after 9/11.

“I interviewed my father for the piece, and my mother. They were both reluctant interviewees,” he said with a laugh.

Kent received his bachelor’s degree from Wake Forest University in Speech, Communications and Theater Arts in 1979.

“I took as much journalism as they offered,” he said “I had intended to be a print journalist.”

He was hired out of college to be a reporter at a paper in Greenville, S.C., but before he could start that job, the same company that owned both the newspaper and WXII offered him an on-camera position in Winston-Salem. He came back.

Kent just completed his fifth novel, “Mayor Molly,” a book for middle-graders, and he’s working on a screenplay for one of his adult novels, “The Sea Is Silent.” Other books include “The Road to Devotion,” set in antebellum Winston and Salem; “When the Ravens Die” and “Make Me Disappear.” A play, “Welcome To Virginia,” premiered at Winston-Salem Theatre Alliance in 2017.

After being a writer and on-camera talent simultaneously for about 40 years, Kent knows a thing or two about both.

He said that talking to a group of people about your book is much more relaxing than looking into the camera and conveying facts.

“You can be more humorous. It’s more intimate. You can get immediate feedback and energy from their reactions, and I don’t have to be nearly as serious,” he said.

Charlie Lovett, a New York Times best-selling author, agreed: “I like meeting people. I like hearing in person what they think of my books. I like answering their questions and listening to their thoughts. They provide me with the energy to go back home and get to work on the next book.”

Many writers, however, have to be persuaded that they need to learn to speak. Most writers are introverts, Kent said.

“As a writer, you’re alone all the time, and then, paradoxically, you are forced to go out and stand in front of a crowd. The best way to overcome that fear is through preparation and practice,” he said. “The very best speakers are the ones who know their speech so well that it looks like they’re winging it.

The description of the Writers Network class says: “If you want to market your writing and sell more books, then you need to be able to effectively talk to people at book launches, book clubs, and even pitch meetings.”

Attendees may sign up for the full conference — seven classes; half conference — four classes; or quarter conference — two classes — or even a single class. The weekend will conclude with an Open Mic reading for conference registrants and readings by conference faculty.

Classes include Make a Scene: Emotional Building Blocks of Fiction with Quinn Dalton; Writing Your Life: Turning Personal Stories into Universal Narratives with Bridgette A. Lacy; and Narrative Medicine: Stories of Illness & the Power of Reflective Writing with Aimee Mepham.

They will take place on Zoom, an online tool that requires an internet connection or a phone.

“No pandemic can disrupt the network’s mission, or its importance: to connect, promote, educate and serve the writers of this state and beyond,” said Ed Southern, executive director. “This Cabin Fever Conference is just a different way of doing what we’ve always done — bring writers together for excellence, opportunity and community.”

Be prepared to pivot

Even with all the preparation in the world, stuff happens, and you have to be ready to improvise.

Kent said that he’s had numerous mishaps in his speaking career.

“One of the most awkward moments was the night I was speaking to the local chapter of the Future Farmers of America. My remarks were geared toward teenagers with themes like ‘reaching for the stars’ and ‘shaping your own future,’” he recalled.

“When I walked into the room, I noticed everyone was about 65 and up. Turns out, I was actually speaking to the Retired Farmers of America. Somewhere in the course of eating dinner, and with the help of a few napkins, I scribbled down an entirely different speech.”

For now — like everyone else — Kent is hunkered down, writing and running. He has run seven marathons, including the Boston Marathon in 2009. He’s also an active volunteer with Habitat for Humanity.

“I was very lucky to have been raised in a home where one of the guiding principles was ‘to whom much is given, much is expected,’ so helping people whenever possible is just something that was ingrained in me at a young age,” Kent said.

“Above all, I do my best to treat everyone I meet with kindness and respect. You just never know what’s going on in people’s lives, and how a friendly smile or a kind word or gesture might make a difference in their day.

“I have many lifelong friends in Winston-Salem and a wonderful church family who are constantly providing me with glowing examples of how to live a grounded and caring life.”

Where: On Zoom. Register and get more information at www.ncwriters.org