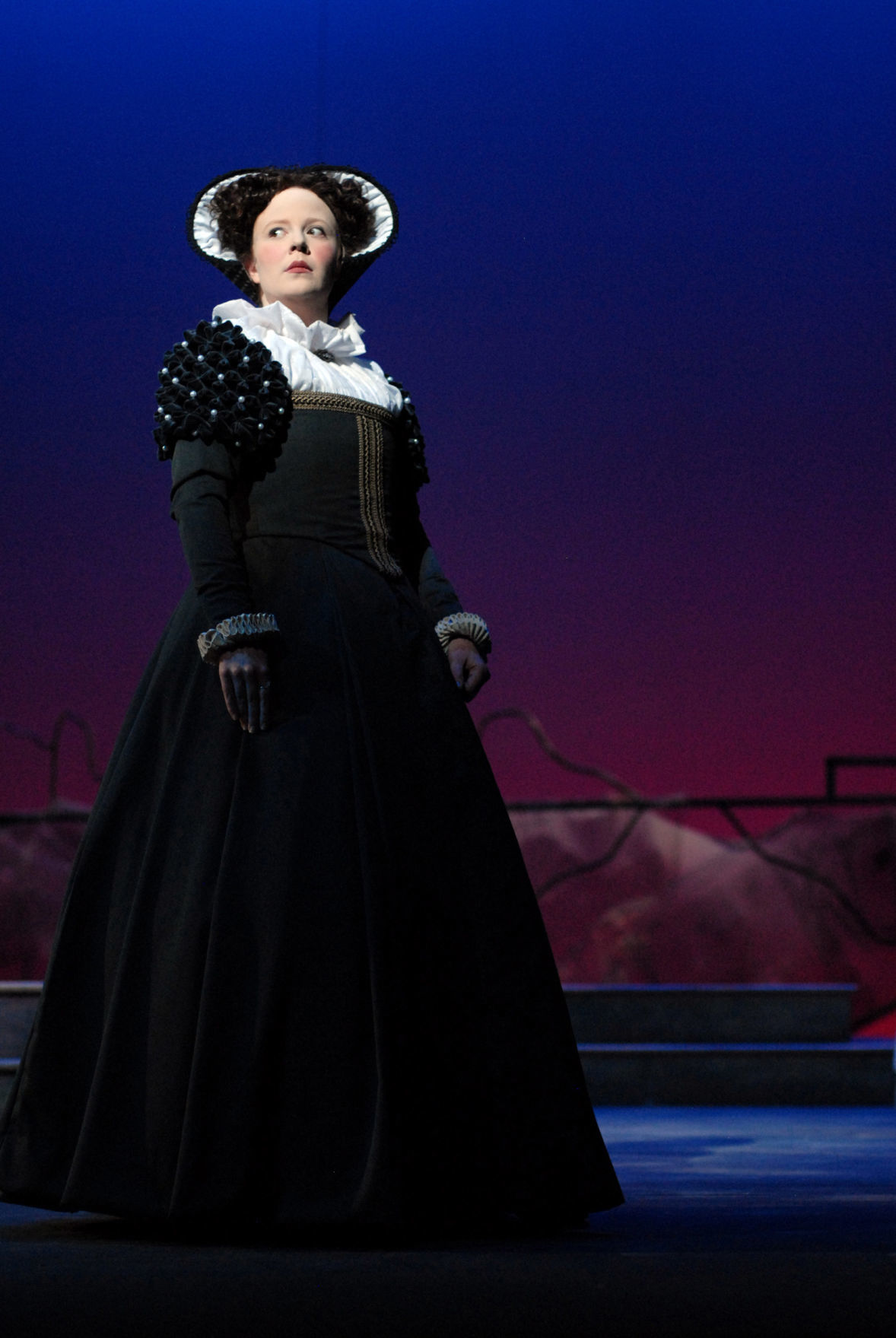 Jodi Burns plays the title role in “Mary, Queen of Scots.” Seen here in the Fletcher Opera Institute production, Burns will reprise the role next weekend with Piedmont Opera. 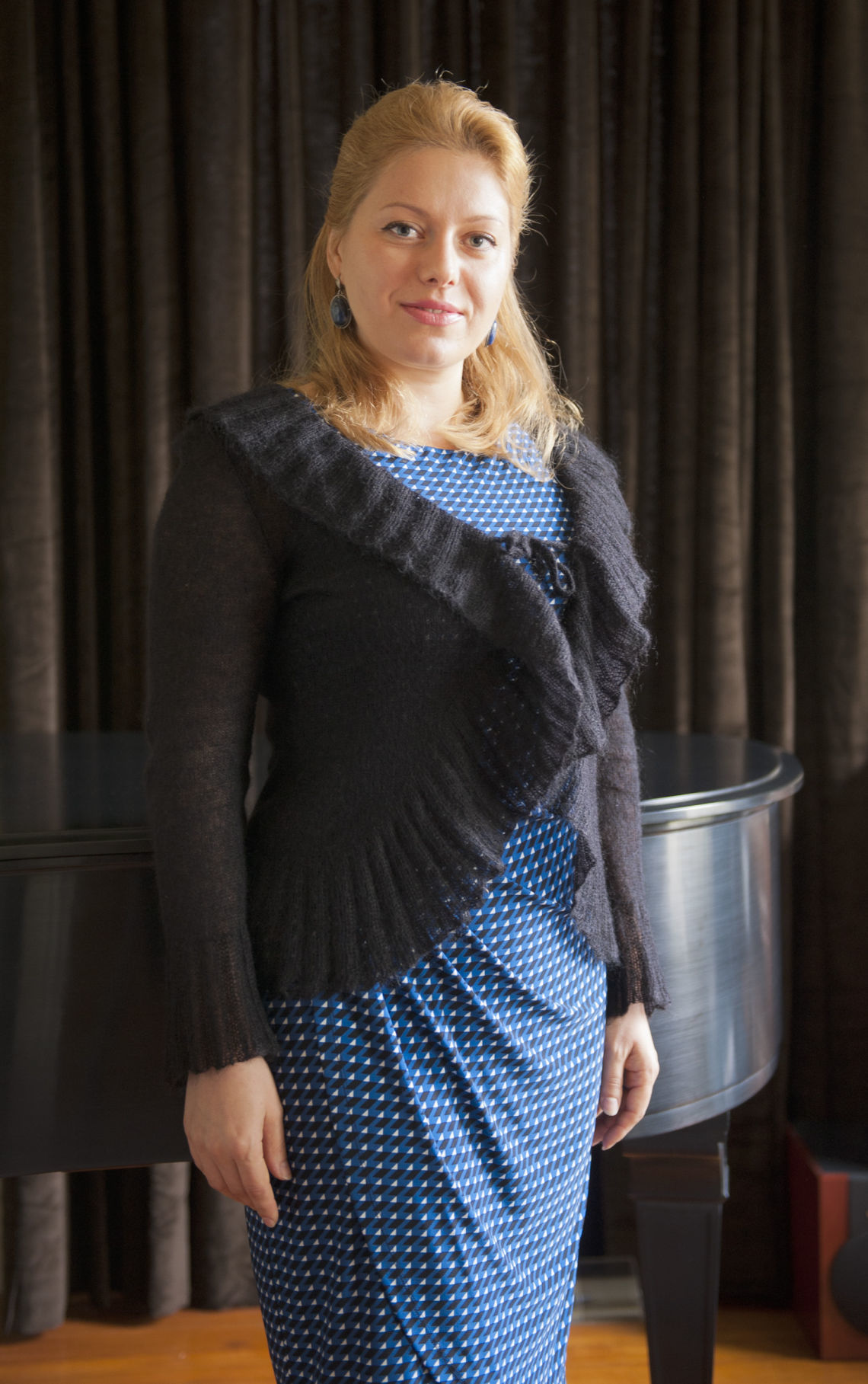 Yulia Lysenko will sing the role of Elizabeth I in Piedmont Opera’s “Mary, Queen of Scots.”

Jodi Burns plays the title role in “Mary, Queen of Scots.” Seen here in the Fletcher Opera Institute production, Burns will reprise the role next weekend with Piedmont Opera.

Yulia Lysenko will sing the role of Elizabeth I in Piedmont Opera’s “Mary, Queen of Scots.”

The two monarchs in Gaetano Donizetti’s “Mary, Queen of Scots” may be mortal enemies, but there are no dueling divas on this set. In fact, the singers who are playing Mary and Elizabeth in Piedmont Opera’s production say they like each other a lot.

“Jodi is very nice and a very good singer and a good colleague,” said Yulia Lysenko who plays Elizabeth I. “We have a great relationship. The final scene in the first act is like a bomb; no one is in control. But when it’s over, we are still who we are — singers who like each other — and I need to hug Jodi.”

This is a sharp contrast to the first performance of “Mary, Queen of Scots” in 1835, when the two divas playing the two monarchs came to blows, according to Burns.

“In the original production, the two sopranos got into an actual physical altercation,” Burns said. “During the confrontation scene, they are saying some pretty harsh things, and during the rehearsal, they got into an actual fight. So far, no bruises in our rehearsals.”

Both Burns and Lysenko had starring roles in Piedmont Opera’s last season. Burns, a UNC School of the Arts Fletcher Opera Institute alumna, sang Adina in another Donizetti opera, “Elixir of Love.” Lysenko, a Ukraine-trained singer, was Mimi in Giacomo Puccini’s “La Boheme.”

The powerful Elizabeth is the polar opposite of the sweet Mimi and a stretch for Lysenko who says she’s more at home playing romantic, even naïve characters.

“This character is the first queen for me and the first powerful woman,” Lysenko said. “It is hard for me, because it is not my nature. For me, for an actor, it is challenging.

“Elizabeth is more angry, more powerful, more jealous than anyone I have ever played before. It is hard to express such deep, powerful emotion, but I’m glad to do it, because I open myself as an actress. It is interesting not only to play this queen but also to discover these things in myself.”

Burns, on the other hand, has sung the role of Mary before, when she was a Fellow at the Fletcher Opera Institute at UNCSA in 2010.

“It’s quite fun to work on something that I’ve already done,” she said. “Your voice is different. Your perspective on life is different. I think I understand more how Mary might have felt as a woman who has experienced both hardships and deep, powerful joys. I think I can lend some wisdom to the part.

“Back then, the vocal acrobatics were pretty daunting, but I said, ‘Come on; let’s do it!’ I feel more prepared now to craft a plan — or at least try to. Bel canto has some flexibility in the music for you to put the character’s actions and thoughts into motion by the addition of notes, or pushing and pulling on timing. It provides opportunities to not only show what a singer can do but also to reveal more about the character.

“I understand the bel canto style better now, but I’ll never stop learning about it.” Bel canto — literally “beautiful singing” — is the style mainly of Donizetti, Rossini and Bellini.

Although the queens never met in reality, they do meet in Friedrich Schiller’s 1800 play “Maria Stuart,” on which the opera is based.

The opera concerns the last days of Mary Stuart’s life. She has been imprisoned for 18 years by her cousin Elizabeth I. Mary is Catholic. Elizabeth is Protestant and the daughter of Anne Boleyn.

Mary has been put in jail ostensibly for the murder of her husband Darnley, but she’s really in jail because a group of fake Catholic rebels has worn her down to say she will join a rebellion against Elizabeth. The “rebels” have been put up to it by Elizabeth’s sympathizers who fear that Mary’s admirers really will start a rebellion.

But Mary has a fatal flaw: She’s prideful and hotheaded, and she cannot, ultimately, keep quiet in the face of Elizabeth’s scolding.

Mary charms Elizabeth into a meeting, believing that she can win a reprieve if they meet in person, but the meeting ends in a horrid argument. Mary calls Elizabeth a “vile bastard” and seals her sad fate.

“Two of my arias describe Elizabeth as a woman — her feelings, her dreams about true love, about the future of her soul,” Lysenko said. “The relationship between the two queens is not only political but also we have a confrontation between two women for the love of one man.

“At the end of my music, Elizabeth decides to be a virgin queen; she will marry her country. This situation destroys her plans for the future. She is changed and becomes the queen who we know historically.”

“The opera was written in the 1830s in Catholic Italy, so many would have been more sympathetic to Mary, the Catholic,” Burns said, of Lysenko’s character. “They would more likely be willing to see Elizabeth as the bastard usurper, but it was kind of a difficult decision for Elizabeth to make to send Mary to her death.”

The sets and costumes are original to this production.

“Mary wears a red dress to her execution, because she wanted to be seen as a Catholic martyr,” Burns said. Red is the color traditionally associated with martyrdom. “But all of her belongings were burned, so there wouldn’t be a possibility of any relics left behind.

“Elizabeth’s dresses are going to be exquisite, but Mary’s been a prisoner for nearly 20 years, so hers are mainly black and gray, but they are all beautiful. It’s beautiful music. It’s stunning, heartbreaking and immensely exciting.

“You may know the story, but need to see it told by the Italians.”

Length: two hours and 15 minutes, including a 15-minute intermission

Note: In Italian with English supertitles.