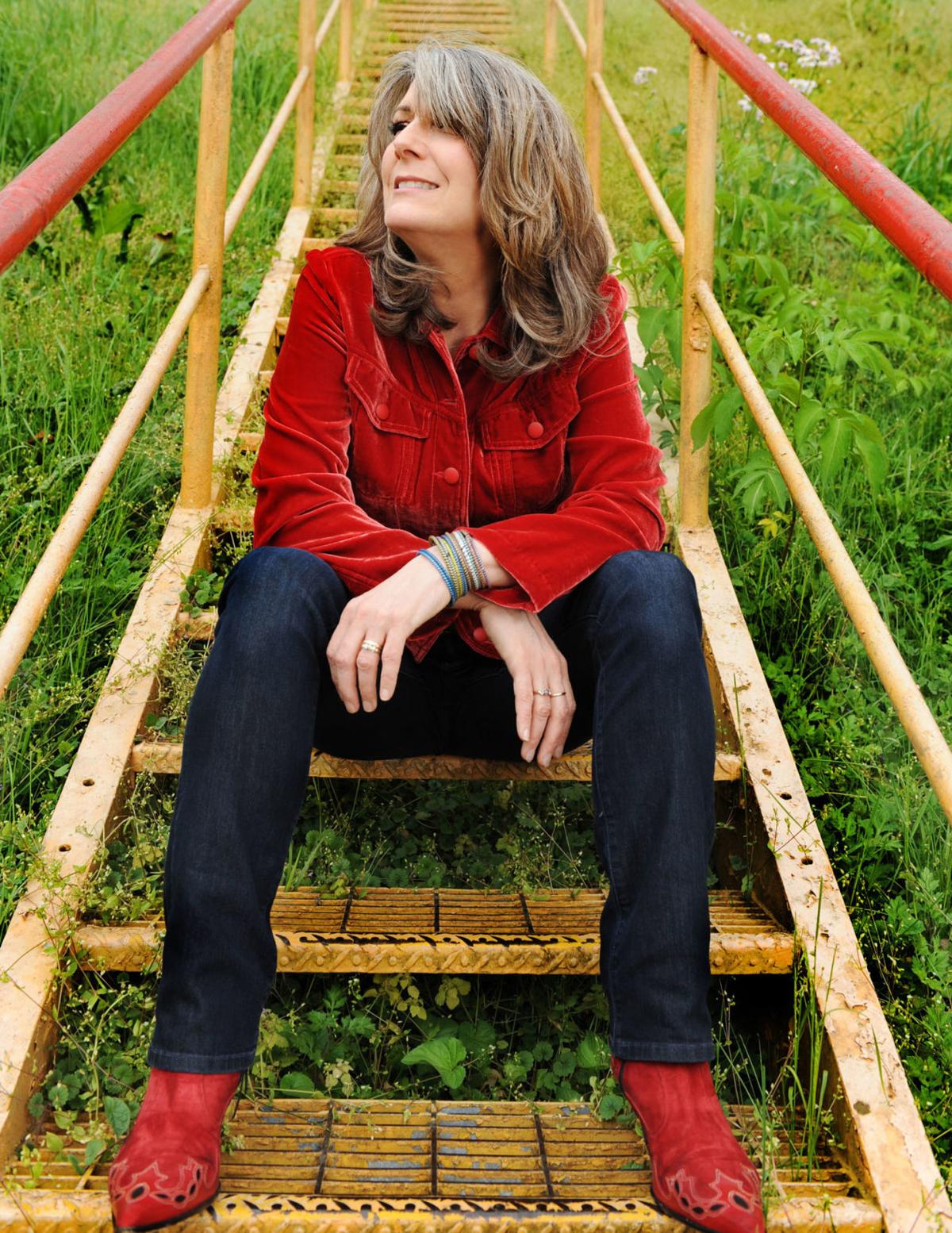 Kathy Mattea will perform Nov. 16 at the Stevens Center as part of UNCSA Presents. 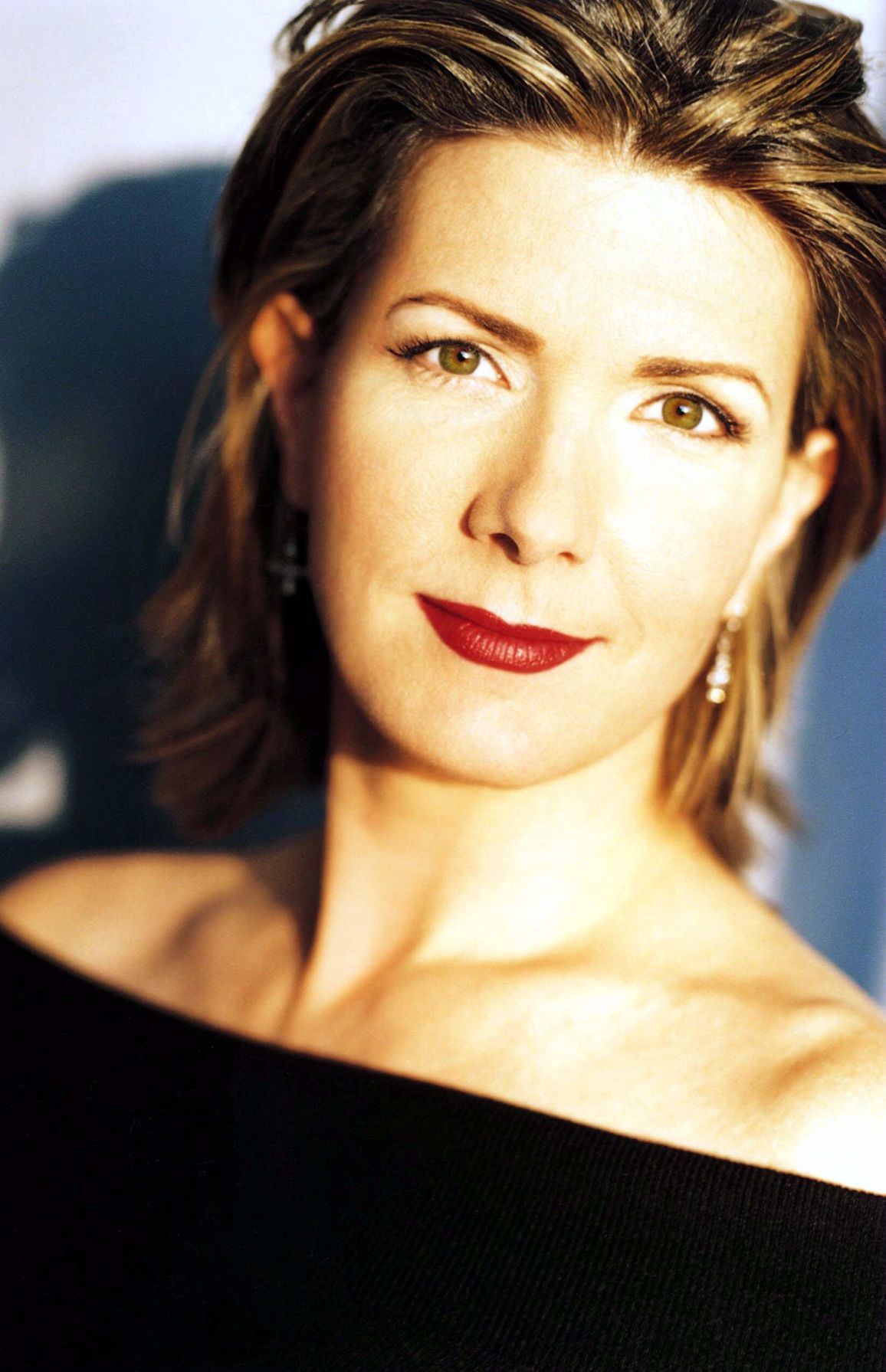 Kathy Mattea will perform Nov. 16 at the Stevens Center as part of UNCSA Presents.

Instead of dealing with the open suitcases, overflowing with pink patent-leather cowboy boots and her favorite pair of Fryes, Kathy Mattea spent her first evening back home in Nashville “draped over a soft piece of furniture” and snuggling with husband Jon Vezner.

Mattea will perform at the Stevens Center on Nov. 16, part of the UNCSA Presents American music series.

A singer-songwriter known for her distinctive alto voice and her versatility within country, folk, Americana and Celtic genres, Mattea maintains a busy touring schedule, with more than 50 dates this year from Moab, Utah, to London, England.

Her concerts can come in a variety of musical configurations.

Sometimes, it’s just her and her guitar player of 30 years, Bill Cooley. “We’ve made many records together,” Mattea said. Sometimes, it’s a small string band. “Everything changes up every so often.”

“Fred is a Nashville legend and owned the big fiddle store there,” Mattea said. When he closed it, he joined Mattea’s band. “Eric is a young bass player who was working in Los Angeles and from Alabama. He moved to Nashville to set his course for the future.”

In between tour stops, Mattea took time out to be a consultant and contributor on Ken Burns’ eight-part PBS documentary “Country Music.” She performed in September at an all-star concert at Nashville’s Ryman Auditorium to celebrate the film’s release.

Rhiannon Giddens, a Grammy-winner from Greensboro, was also interviewed in the documentary and credited Mattea with having influenced her career.

“My first obsession with country music was in the ’90s,” Giddens said in the documentary. “It was Reba (McEntire) and Mary Chapin Carpenter and Kathy Mattea. I love strong women telling stories.”

She had just returned from a week-long artist residency at her alma mater West Virginia University in Morgantown when she talked to the Journal by phone last week.

Teaching is a new endeavor for the 60-year-old.

“It’s kind of fun to be challenged to learn something new in your later life. It’s nice when somebody looks at you and says, ‘We think you can do this,’” she said. “All these things use my skill set in different ways, especially teaching these kids.

“You don’t always know what’s valuable about your experience until you put it in words and give it to somebody else. It helps me appreciate what I do.”

In 1991, she won the first of two Grammy Awards, this one for Best Female Country Vocal Performance for “Where’ve You Been.” Vezner and Don Henry co-wrote it.

In the song, a woman is recalling her long marriage. When her husband would return from an out-of-town trip or just a trip to the store, she would greet him by saying, “Where’ve you been? I’ve looked for you forever and a day. Where’ve you been? I’m just not myself when you’re away.”

The woman in the song was Vezner’s mother. When his parents were nearing the ends of their lives and living in separate rooms at a retirement home, Vezner wheeled his father into her room, and they were the last words she said.

“When we were dating he told me the story, and years later he wrote the song,” Mattea said.

Mattea released “Pretty Bird,” the most recent of her 18 studio albums in September 2018. It contains 10 songs, including Joan Osborne’s “St. Teresa” and the title song by Hazel Dickens.

“I read in an interview that Hazel wrote this song (“Pretty Bird”), because it’s a metaphor,” Mattea said. “She was afraid she would never find someone who would love her and let her be who she was.

“When you know that about the song, then it takes another meaning. What an amazing way of expressing that. She was brilliant.

“I tried to do this song for several records, and I just could not get that little hitch in my voice. Then I was in the shower one night, and I was singing, and I could do it.”

Dickens was a bluegrass singer, songwriter and musician. She was known for her high, lonesome singing style, and her provocative pro-union, feminist songs. She died in 2011.

“It took me into my later years to really appreciate Hazel and her body of work,” Mattea said. “Recording ‘Pretty Bird’ was a chance to go deeper into her work and introduce others to her legacy.”

“St. Teresa” is a haunting song with enigmatic lyrics. Osborne released it on her 1995 breakthrough album, “Relish.”

“I rediscovered this song. You go down a rabbit hole when you start listening for songs,” Mattea said. “The words are not so specific. As I understand it, she wrote it about a drug dealer who lived near her in New York City.

“One of the lines is ‘down in the holler.’ It struck me completely differently in relation to the opioid crisis in West Virginia. The opioid crisis has touched my family.

“These songs that get written about one thing in one time can take on different meanings in another. It’s part of the magic of music.”

In her early 50s, Mattea started noticing some changes in her voice and began working with a vocal coach. The issues cleared up, and she rededicated herself to her career.

“I’m still having a wonderful time,” Mattea said. “Many of these songs I’ve been living with a long time, because they hold up really well.

“Especially during times of strife, music is a common denominator. I sing for Democrats and Republicans, because people are just people at the end of the day.”

What: UNCSA Presents An Evening with Kathy Mattea.

More: UNSCA Presents American Music Series will continue next year with Amythyst Kiah on March 7 and Lula Wiles on Sept. 21.