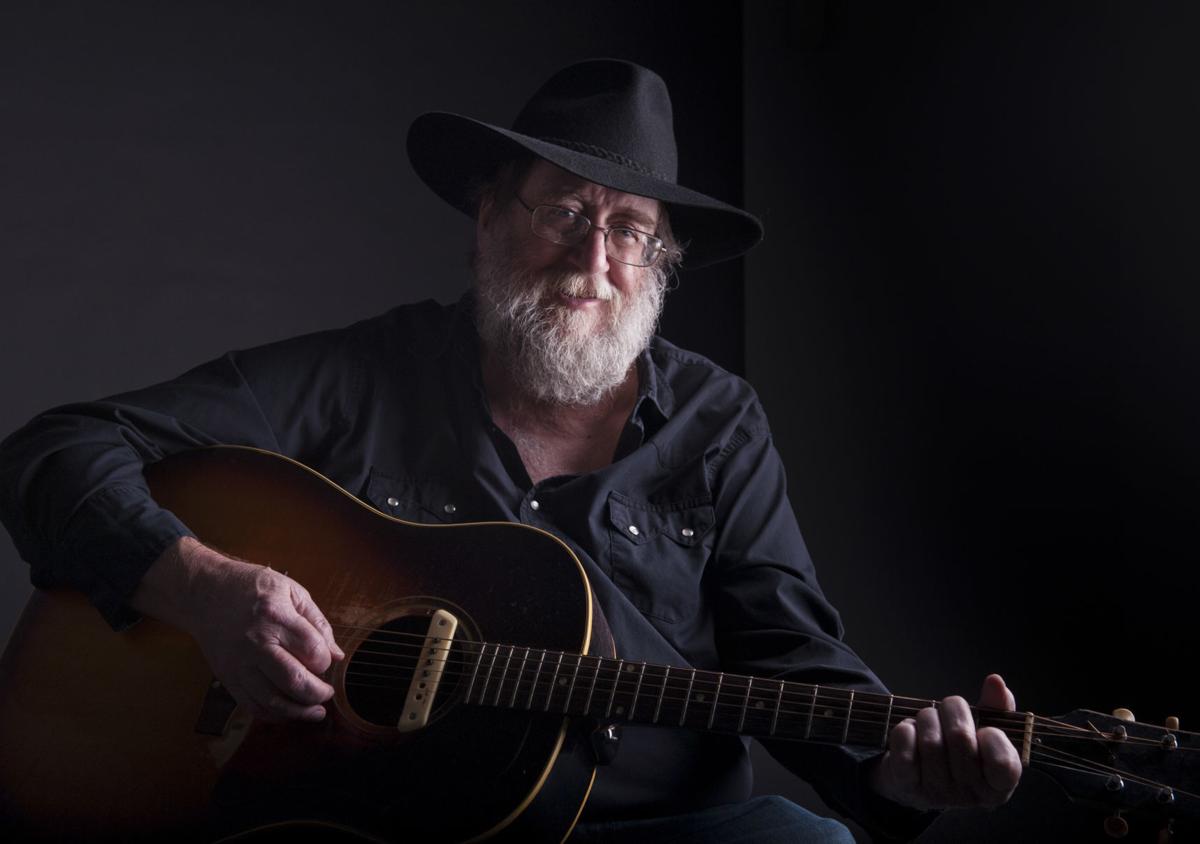 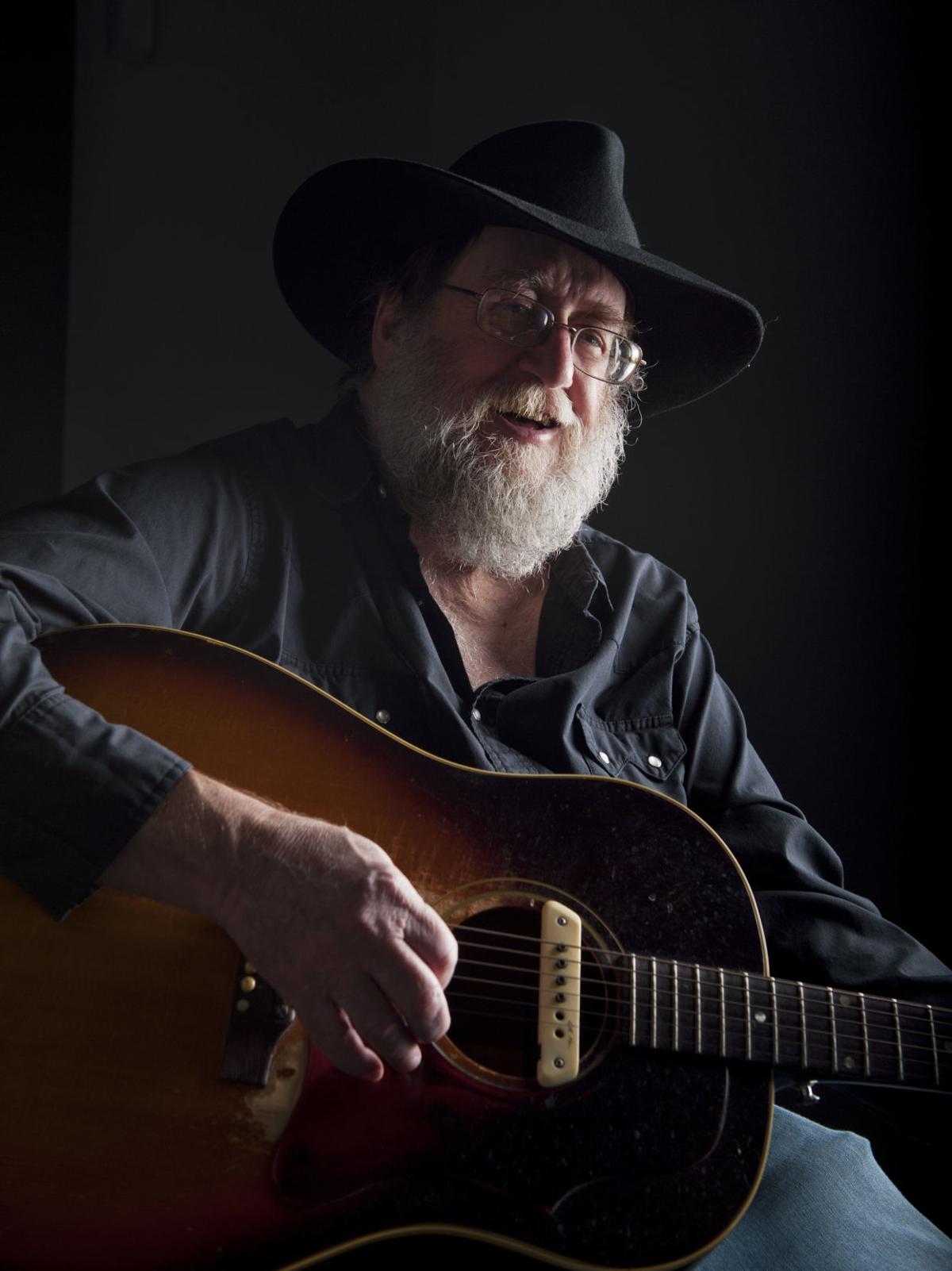 After hours of watching college basketball — and yes, working the ACC Tournament can make for a long day — Dan Collins and some of his sports-writing buddies might turn a hotel hospitality room into a rowdy night club. The beer flowed when Collins pulled out his trusty guitar, Buckshot, to sing a few Hank Williams or Merle Haggard songs.

“We laugh about how we played the Imperial Ballroom of the Marriott Marquis in Atlanta, when actually it was just a drunken brawl of sportswriters,” Collins said.

A longtime Wake Forest beat writer for the Winston-Salem Journal, Collins retired in 2017, and now makes music his main focus. He recently released his first album, “CDC: A Lifetime in the Making,” which features 12 original songs, including one on UNC basketball great Tyler Hansbrough that even Duke fans will find themselves humming.

“He wasn’t real fast, he didn’t jump real high, but when he hit the court the bodies began to fly,” Collins sings.

CDC, by the way, stands for Country Dan Collins. Collins’ nickname is Country Dan as every old-school sportswriter in the Southeast knows.

He grew up in Franklin in a household rich with music. His mother, Frances Cooper Collins, was a carrier of sounds, Collins said.

“We had awesome music in our house. Her hero was Hank Williams, but I grew up listening to Ray Charles, Flatt & Scruggs, Ray Price, Charley Pride, Mahalia Jackson, Jerry Lee Lewis,” Collins said. “Also I was lucky enough that my best friend was Bruce Young, whose father, Hunter Young was the best bluegrass musician in Franklin. Bruce played drums, and I played bass at the times, so we’d back up all these great old-time musicians in the kitchen of Bruce’s house.”

Collins began his sportswriting career in 1973 while a junior at UNC Chapel Hill. He joined the Journal’s sports staff in 1978 and covered future NBA stars including Tim Duncan, Josh Howard and Chris Paul.

An avid music fan, Collins returned seriously to writing songs, most of which are folk and country influenced. He began hosting open-mic nights around the area, including the old Rubber Soul on Burke Street in 2005. Since 2014 he has been host to a popular open-mic night at Muddy Creek Music Hall & Cafe in Bethania.

His new album, available on Spotify, iTunes and Apple Music, will also be included in the price of admission at the show.

Q: How would you describe your art?

Answer: Describing original music is always risky, if not downright impossible. But as someone who cut his musical teeth on Hank Williams, The Beatles, Ray Charles, The Band, Stax, Johnny Cash, The Grateful Dead, Motown, Van Morrison, Gram Parsons and Emmylou Harris, Waylon Jennings and Willie Nelson, and Buddy and Julie Miller, I’ll go with the description Parsons came up with and call it Cosmic American Music. In his bio of Parsons, “Twenty Thousand Roads,” author David N. Meyer defined that as the synthesis of American roots.

Q: How have you evolved in your art?

Answer: If there’s a musician around who bloomed later, I haven’t met them. I was 50 when I started playing out regularly, at the Open Mic at the late great Rubber Soul on Burke Street. I’m amazed they didn’t run me off. Looking back, I was that bad. But I kept showing up week after week, and slowly but surely got better. After that, I began ramrodding open mics myself at The Garage and Muddy Creek Cafe. I evolved by playing three-song sets week after week, month after month, year after year. I taped my shows and reviewed them. And along the way I kept writing songs.

Q: Who has influenced your art?

Q: What is your biggest challenge?

Answer: The stark recognition that, when it comes to singing, I’ll never be another Levon Helm. But as a songwriter-singer (as opposed to a singer-songwriter) I needed someone to sing the songs I was writing, and I was available. Though I’ve worked hard at it, I realize it’s going to be a work in progress the rest of my born days.

Q: What does art do for you?

Answer: Can you eat a tomato sandwich without salt? If so, that makes one of us. Art, to me, is the seasoning that makes life worth living.

Q: Any advice for other artists?

Answer: 1) Believe in yourself, which is a lesson it took me way too long to learn. 2) If you play music, play it whenever and wherever you can. Play it for friends, play at open mics, play out on the street, play anywhere folks will listen. There’s no shortcut. You have to put in your time on stage.