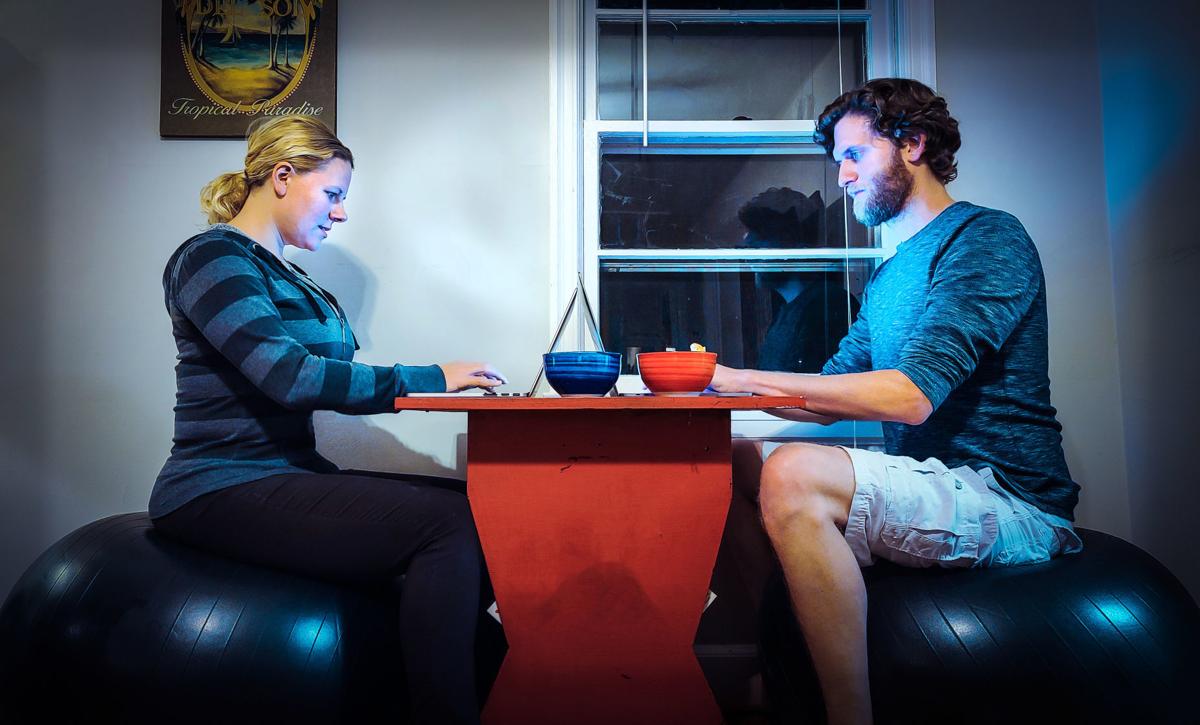 From the comfort of their home in High Point, Erinn Dearth and Dan Beckmann of Spring Theatre Co., write the script for the film “Lock-In,” a full-length modern day sci-fi comedy about isolation and community. 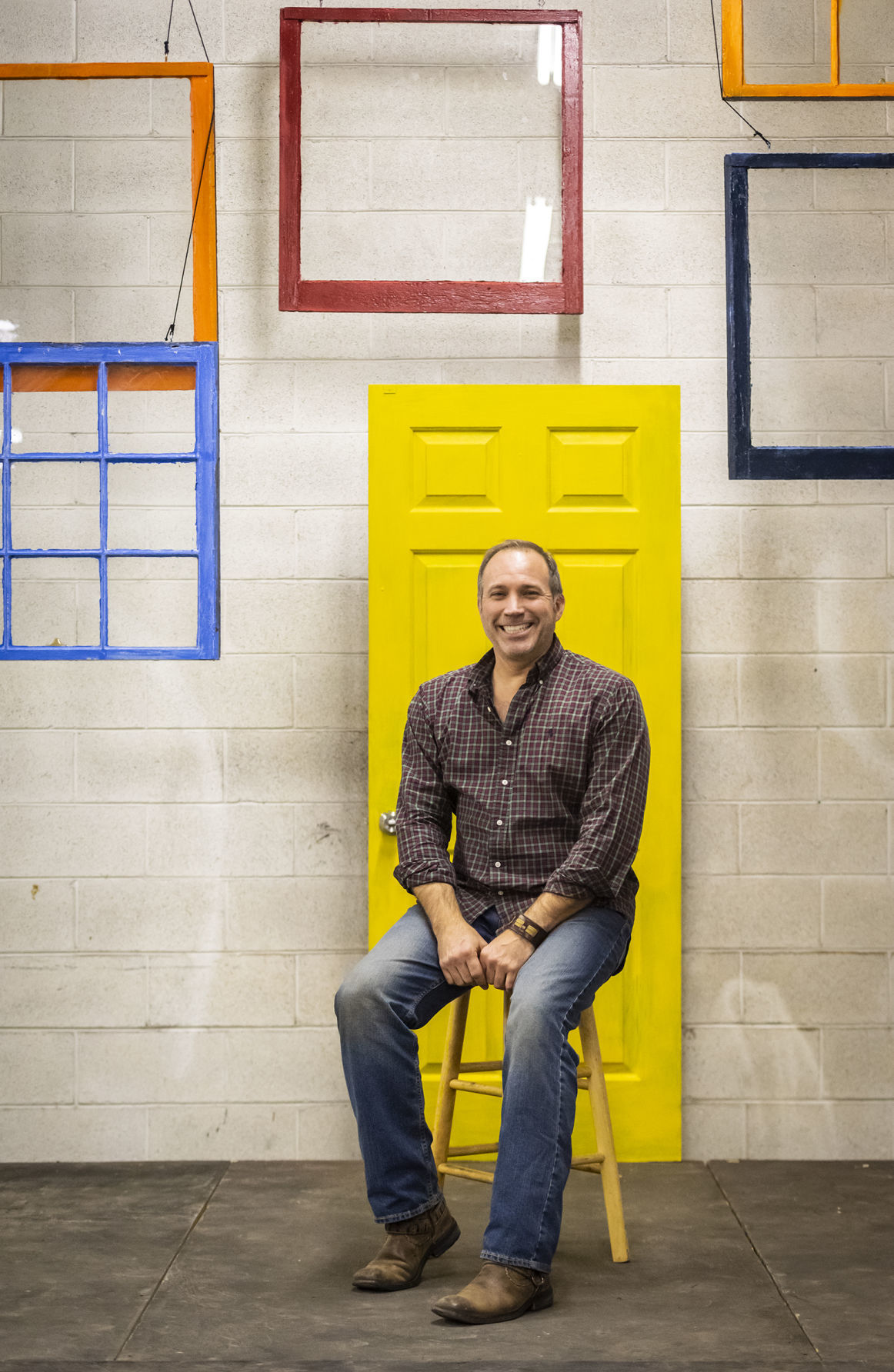 Jamie Lawson, artistic director of the Winston-Salem Theater Alliance, says, “We really feel the ‘community’ in community theater is where the focus needs to be. Theatre Alliance recently live-streamed an event on Facebook called “Martini Time” with David Joy, a local theater favorite, singing classic standards. 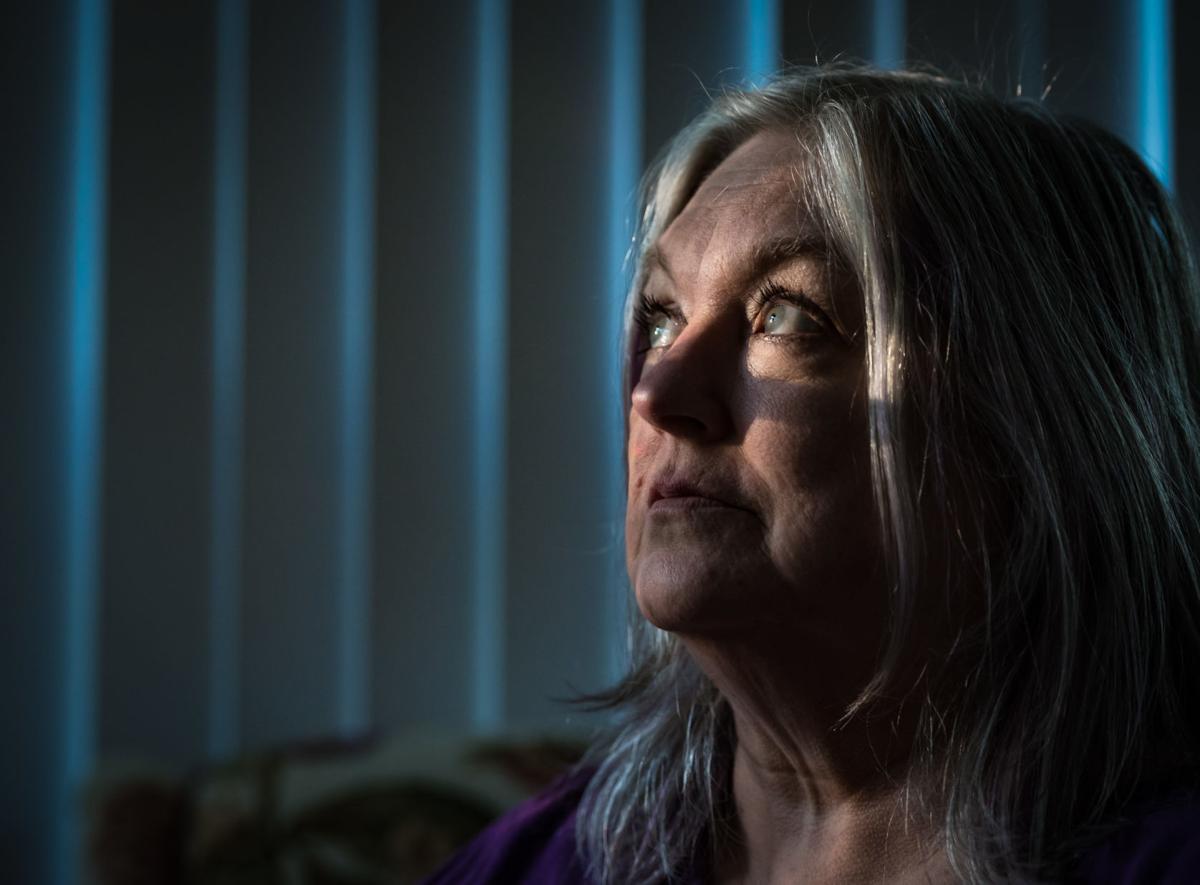 Marsha McNeely Hierl, production manager at ARTC Theatre, sits for a portrait in her home studio in Winston-Salem. 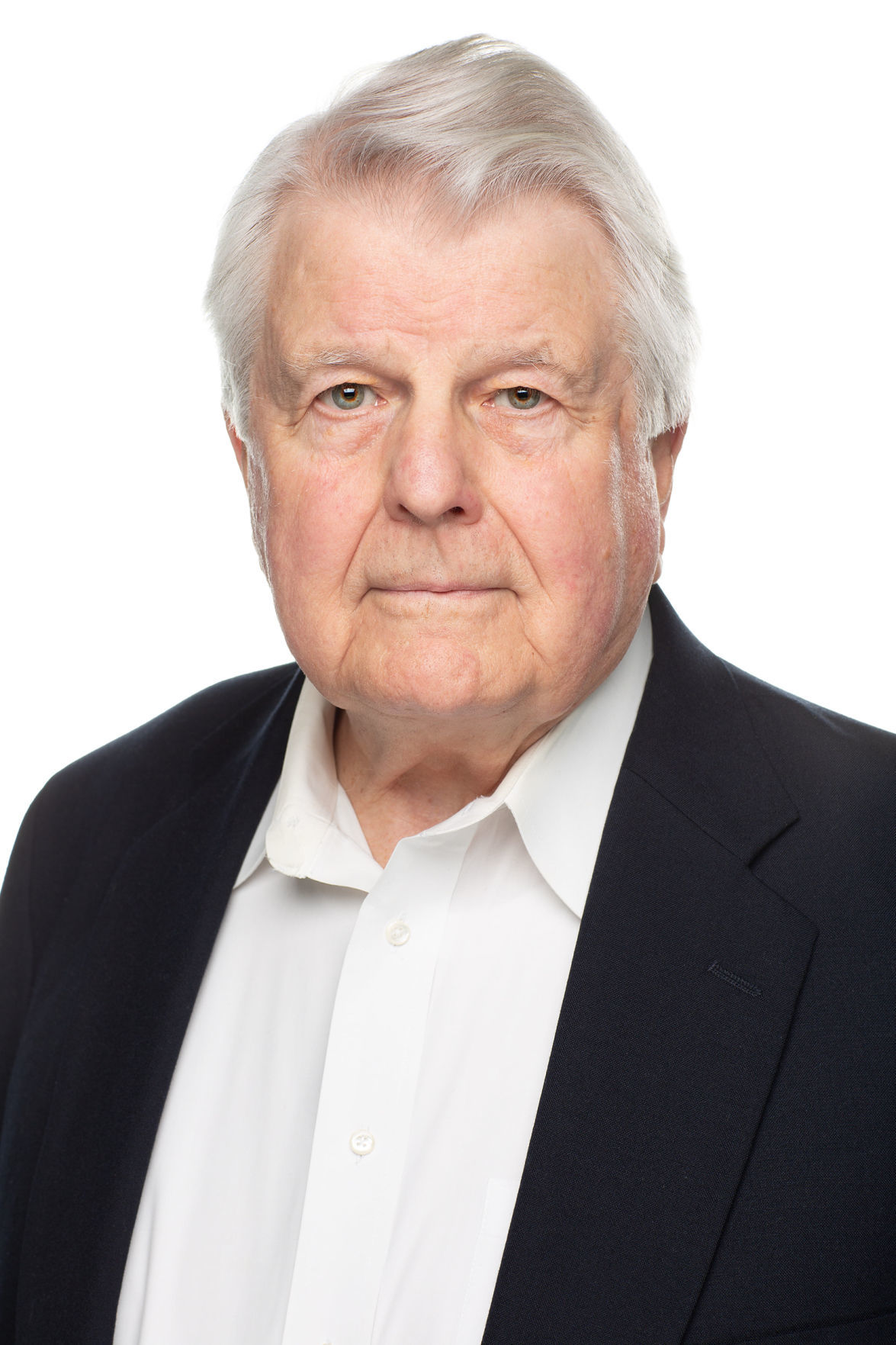 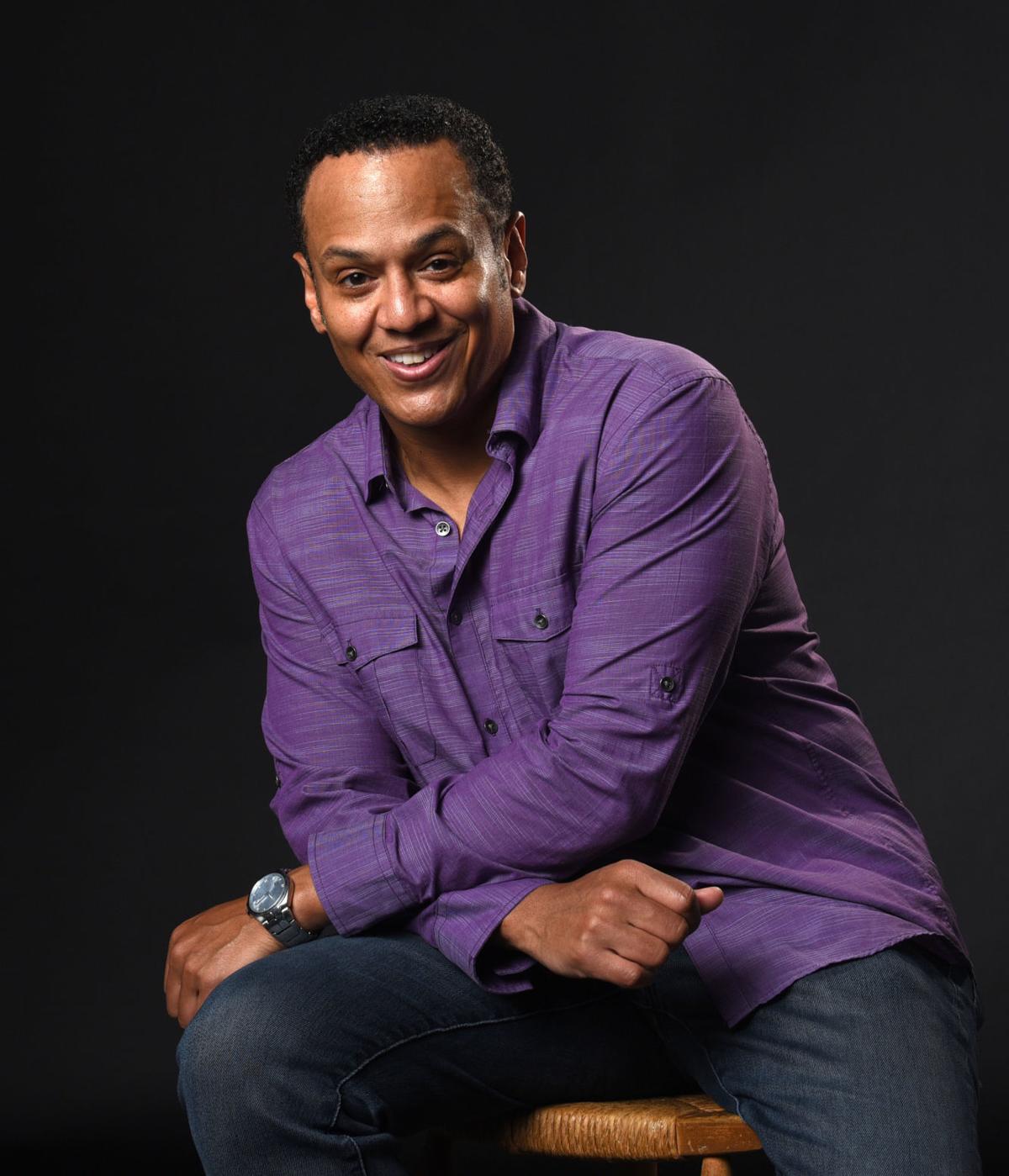 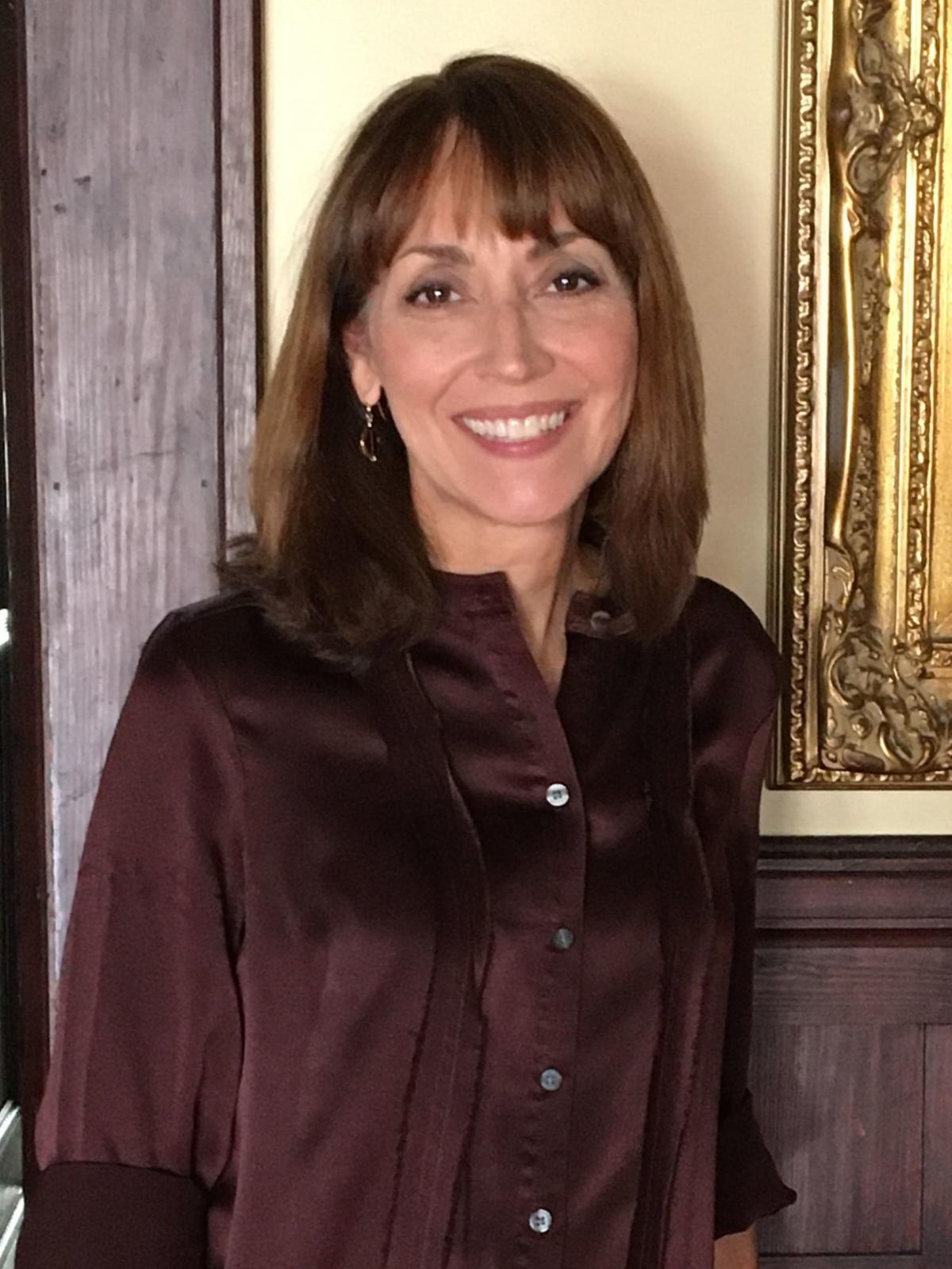 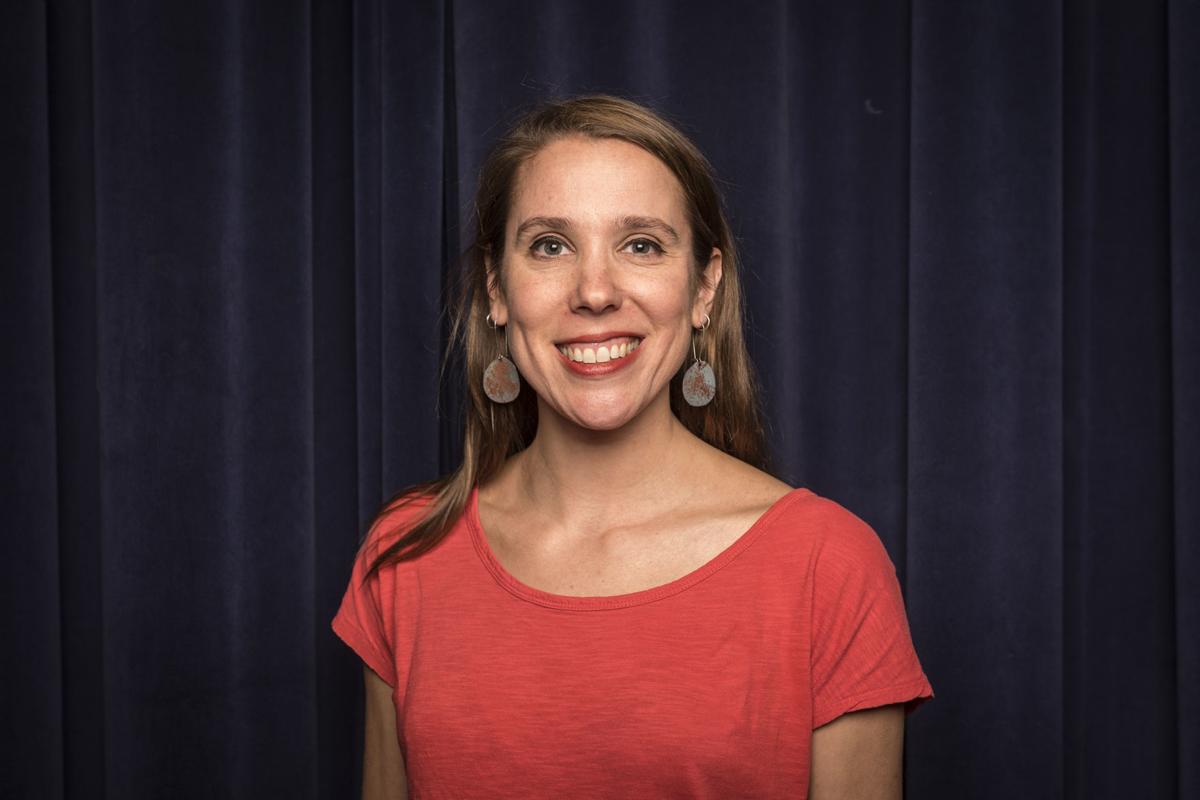 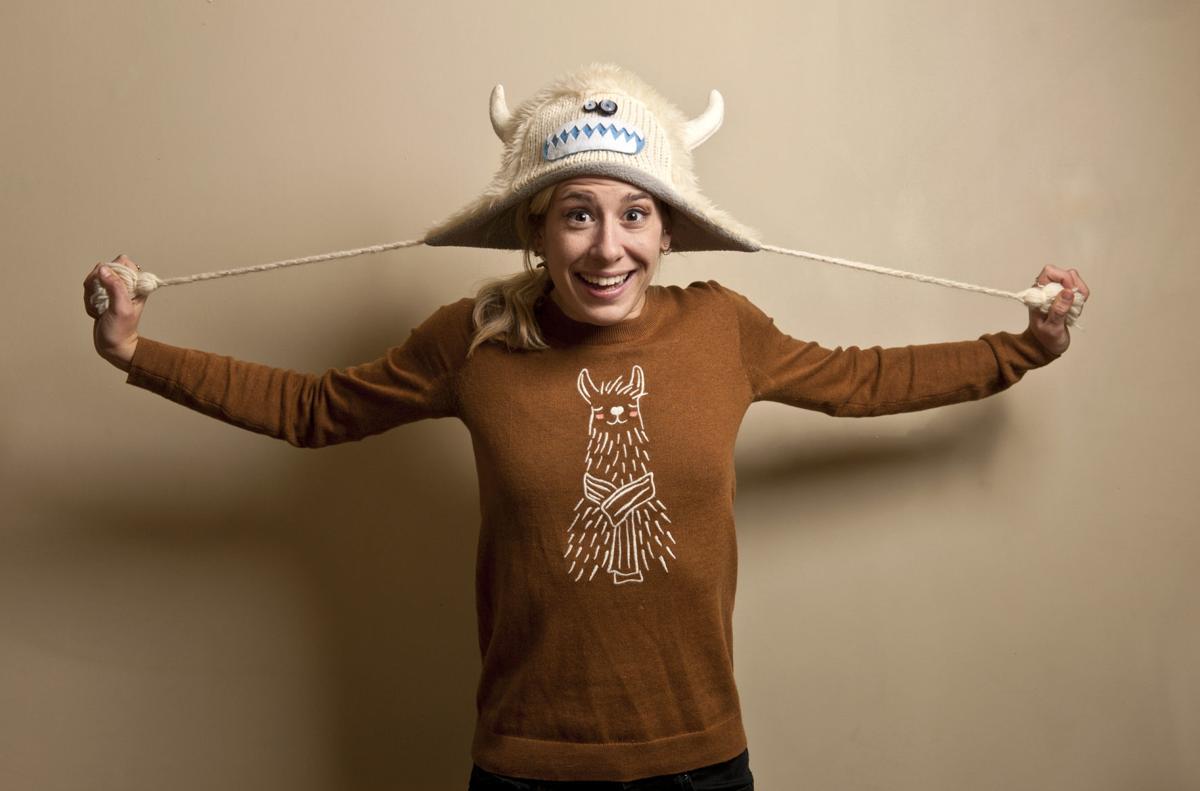 From the comfort of their home in High Point, Erinn Dearth and Dan Beckmann of Spring Theatre Co., write the script for the film “Lock-In,” a full-length modern day sci-fi comedy about isolation and community.

Jamie Lawson, artistic director of the Winston-Salem Theater Alliance, says, “We really feel the ‘community’ in community theater is where the focus needs to be. Theatre Alliance recently live-streamed an event on Facebook called “Martini Time” with David Joy, a local theater favorite, singing classic standards.

Marsha McNeely Hierl, production manager at ARTC Theatre, sits for a portrait in her home studio in Winston-Salem.

Never mind that every theater from Spruce Street in Winston-Salem to 42nd in New York is dark due to the new coronavirus, the show must go online.

Winston-Salem is living up to its nickname, the City of Arts and Innovation, in ways never before imagined, livestreaming plays on YouTube and Facebook.

And one group, Spring Theatre, has harnessed the talent of 100 people from here to Australia to create an original film that will have its world premiere on May 15 on Facebook.

After their season opener, “Children of Eden,” was canceled, Dan Beckmann, artistic director, and Erinn Dearth, executive director, hunkered down to write “Lock-In,” a science-fiction film about community and isolation.

Since the Internet is boundary-less, they cast a wide net for performers and digitally pulled in a group of singers, dancers and actors from 76 locations.

“In putting this project together, it was imperative that we made a way to foster a sense of community,” Dearth said. They hold regular online cast meetings, have a private Facebook group, and make music videos.

After the cast made its first video — a cover of the Alex Boyé song, “Lemonade” — Boyé responded on the theater’s Facebook page: “Such an amazing job, I’m feeling so blessed to have heard what you guys did to my song.”

“The show is coming at a time where it is needed,” Beckmann said. “We’re writing this thing with the intention of addressing many of the everyday struggles we’re being faced with now, and to sort of bring a therapeutic quality with it; a feeling of connectedness. ... It’s playing with purpose.”

Kids of all ages

While Spring describes itself as “youth-inspired” theater, 40-Plus Stage Co. leans in the opposite direction. According to its website, it’s “theater for kids of all ages, especially those over 40.”

John Hohn, the company’s executive producer, said that he and the board are using the COVID-19-mandated downtime to plan and raise money.

The company had just completed a successful run of Marc Palmieri’s “Levittown” and were looking forward to producing Wendy Wasserstein’s last play,”Third,” in June, when “everything came to a screeching halt,” Hohn said. “We have postponed the play until more clarification is established. ...

“It remains to be seen what the final impact of the pandemic will have on our company. We felt like over the course of the last few shows we had found our niche and begun to tap into the talent pool in the community. ...

“Our board has a lot of faith in the community, and we know their appetite for good shows will still be there when we can gear up and get going again.”

In the meantime, Hohn is doing his part. He is reading a poem daily on his Facebook page: John J. Hohn.

Winston-Salem Theatre Alliance was about to open its production of “Evita” on March 13 when Gov. Roy Cooper ordered “no gatherings of more than 80.”

They have postponed “Evita” and “Urinetown” to dates not yet determined and canceled a bunch of stuff, including “Something Wicked This Way Comes” and the reveal event for their 37th season.

“We really feel the ‘community’ in community theater is where the focus needs to be,” said Jamie Lawson, the company’s artistic director.

“Depending on the Governor’s recommendations, that will determine if we pursue more live-streaming options or if we move forward with a strategy to re-introduce audiences,” Lawson said.

Finding material to live-stream can be challenging.

“Turns out the agents for playwrights simply control permissions for live performances … not for any video footage. Those rights could be held by a movie company or another agent altogether,” Lawson said.

“If we are given an assembly ‘go-ahead,’ we have something in the works that we think (hope) will help our volunteers and our audiences acclimate to this evolving situation.”

North Carolina Black Repertory Co., Winston-Salem’s only professional theater, has been making good use of social media in the face of COVID-19 restrictions.

Jackie Alexander, artistic director, and Melissa Joyner, of FX’s “Mrs. America,” performed “Berta, Berta” on April 13 on Facebook. This past Monday, Alexander moderated a conversation with filmmaker Ka’ramuu Kush about the documentary that Kush is making for N.C. Black Rep, “The Road to Holy Ground.” It’s about the National Black Theatre Festival that the company produces here biennially.

Next up on Facebook, N.C. Black Rep will present “Blooming in Dry Season” by Eljon Wardally at 7 p.m. May 4. It’s about an oppressed Grenadian housewife who must step up to help her talented daughter, Garland, achieve her dreams.

Here’s hoping that by August, plays will be back in theaters. That’s when the world premiere of “Phenomenal Woman: Maya Angelou” by Nambi E. Kelley is scheduled for Reynolds Place Theatre.

The Little Theatre of Winston-Salem has been producing community theater for more than 80 years. They were a week away from opening “The Normal Heart” and were in rehearsals for “Guys and Dolls” when COVID-19 restrictions hit. They were also coming up on their spring semester of acting classes, workshops and a new spring break musical theater camp.

“Live theater is a very social endeavor, so not being able to gather basically stopped us from doing everything we normally do to earn a living,” said Kristina Ebbink, the company’s marketing director. “We’ve postponed our shows, canceled our spring educational offerings, and for the most part, stopped rehearsals.”

Ebbink said they are grateful for the donations they’ve received, but that without ticket sales and class registrations, they have had to furlough all but one staff member.

“Our goal, once we realized we needed to adapt to the ‘new normal,’ was to find ways to offer the community entertainment,” she said. “Like a lot of companies, we’ve primarily turned to video and social media.”

The Top 10 contestants in a “60 Second Monologue Competition” can be seen on the Facebook page, and a “Pitch-Perfect Audition Song Competition” is under way. Entries for that are due by April 30, and winners — of a certificate and “bragging rights” — will be announced at noon on May 6.

More of the Little Theatre’s online entertainment, education and enrichment are on its website and Facebook page.

Marsha McNeely Hierl, ARTC Theatre production manager, said that her theater over on Seventh Street is trying to postpone all their shows until at least September.

Depending on when the limited-assembly rules are relaxed, Hierl would like to schedule some movie and stand-up comedy nights for summer. During the shut-down, she is working on getting a beer and/or wine license, and its nonprofit status.

“Even though we are closed, we still have bills. Rent, electricity, gas, water, internet, and security bills must be paid,” Hierl said. “We will survive this shut-down, unlike many businesses, but survival will come with a hefty price tag.”

In the meantime, Hierl said: “Take advantage of the extra time during the shut-down to read, write, create, sing, and dance. This is free time to enjoy expressing yourself.”

Sarah Jenkins is a co-artistic director of Spirit Gum Theatre. When the shut-down order came in March, they had to cancel their planned production of “A Funny Thing Happened on the Way to the Gynecologic Oncology Unit at Memorial Sloan-Kettering Cancer Center of New York City.”

“We hope to do it in another season, but it will have to wait,” Jenkins said. It had been planned for the Mountcastle Forum in the Rhodes Center for the Arts, which shuttered its three stages in March.

Spirit Gum already has its 2020-2021 season set, which will open in October with “Need To Know” by Jonathan Caren. Information about the full season is on their website.

“We are focused on our big projects for next season,” Jenkins said. “We have reading copies for the season, if anybody wants to look at them in advance of auditions.”

They are small, but they are still here and planning to stay, she said.

Bunker Dogs, an eight-person improv comedy troupe, had to cancel shows in March, April and May.

Organizer Britt Stone said that the COVID-19 shutdown has affected their ability to plan their 2020-2021 season, because they are dependent on venue-owners. And venue-owners, such as the Arts Council of Winston-Salem and Forsyth County and Theatre Alliance, don’t know when their spaces will be open or available.

“We have three shows scheduled starting in late July, and we are having to prepare ourselves for the unknown,” Stone said. “We are. ... doing our best to create creative comedic videos, showing how a bunch of wacky improvisers get through isolation.

“We still hold virtual practices and are coming up with ways of doing short live improv shows, panel and game shows too. So our adaptation is all about content and continuing to stay together as a troupe.”

Stained Glass Playhouse, the only company we were unable to reach, had to cancel “Lend Me a Tenor.” More information is on their website.

Spring Theatre will present "Lock-In" in a watch party performance 8 p.m. May 15. For information, visit www.SpringTheatre.org, follow their progress at facebook/springtheatreorg, or call 336-528-5343.

ARTC Theatre is at www.artctheatre.com .

Bunker Dogs are at www.bunkerdogimprov.com .

Spirit Gum Theatre is at www.spiritgumtheatre.com .

Stained Glass Playhouse is at www.staineglassplayhouse.org .

Winston-Salem Theatre Alliance is at www.theatrealliance.ws .