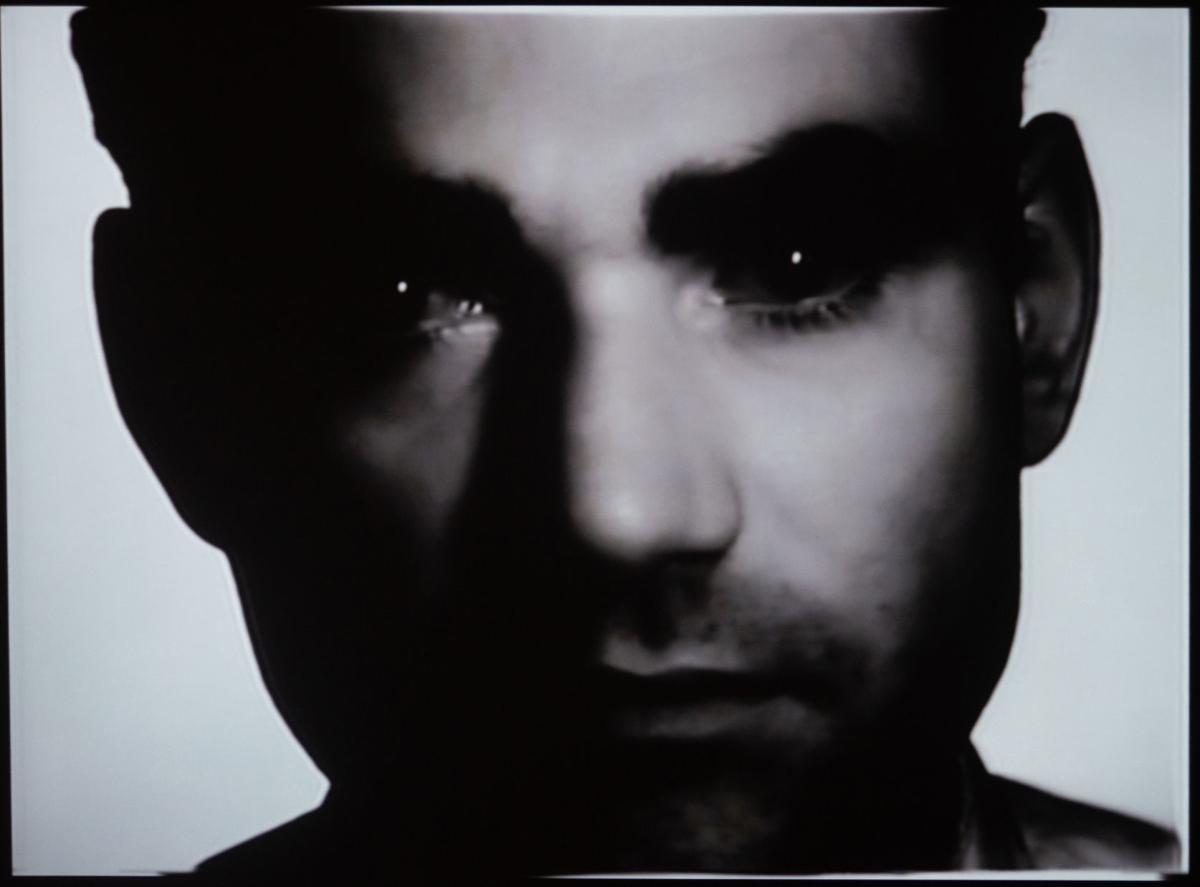 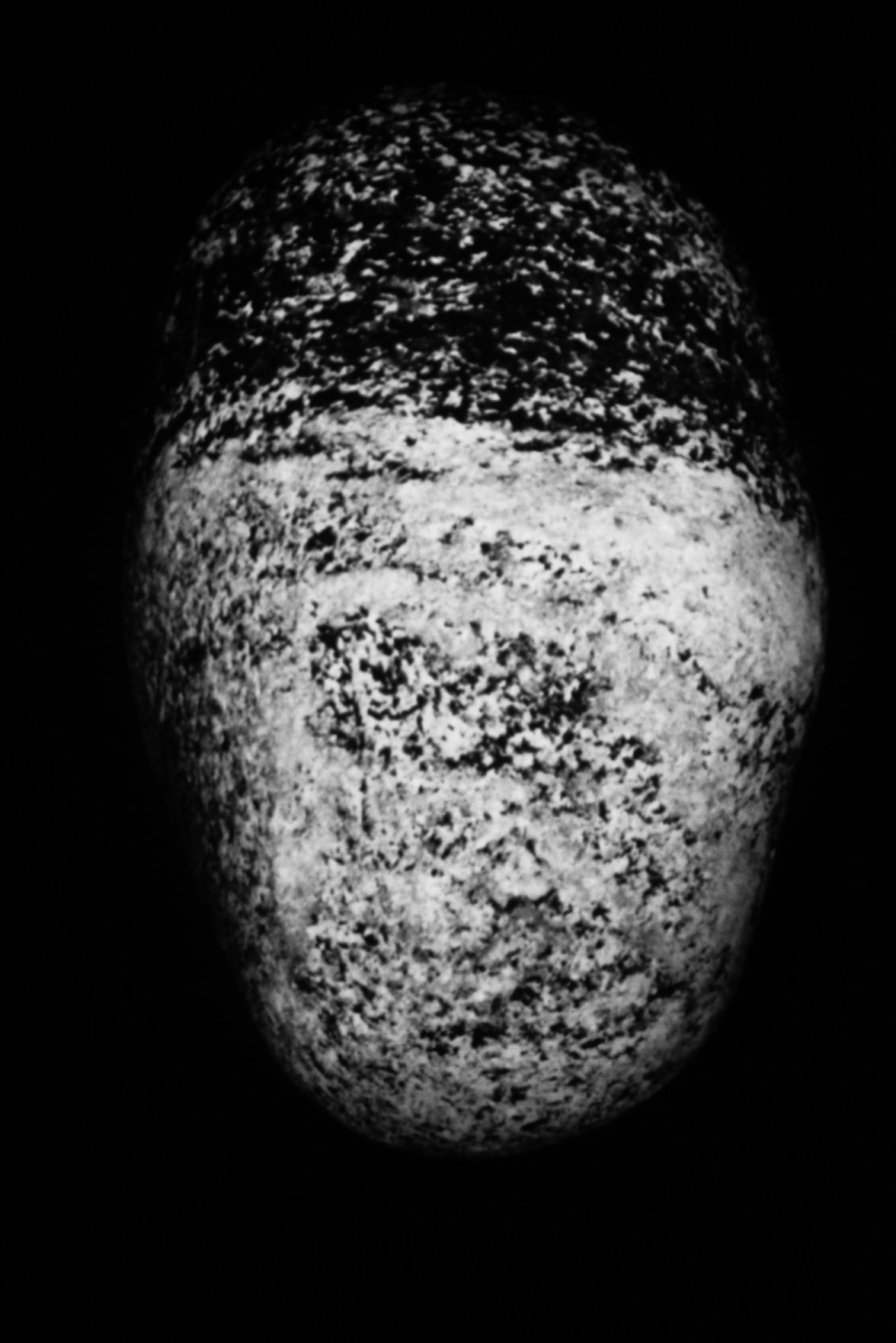 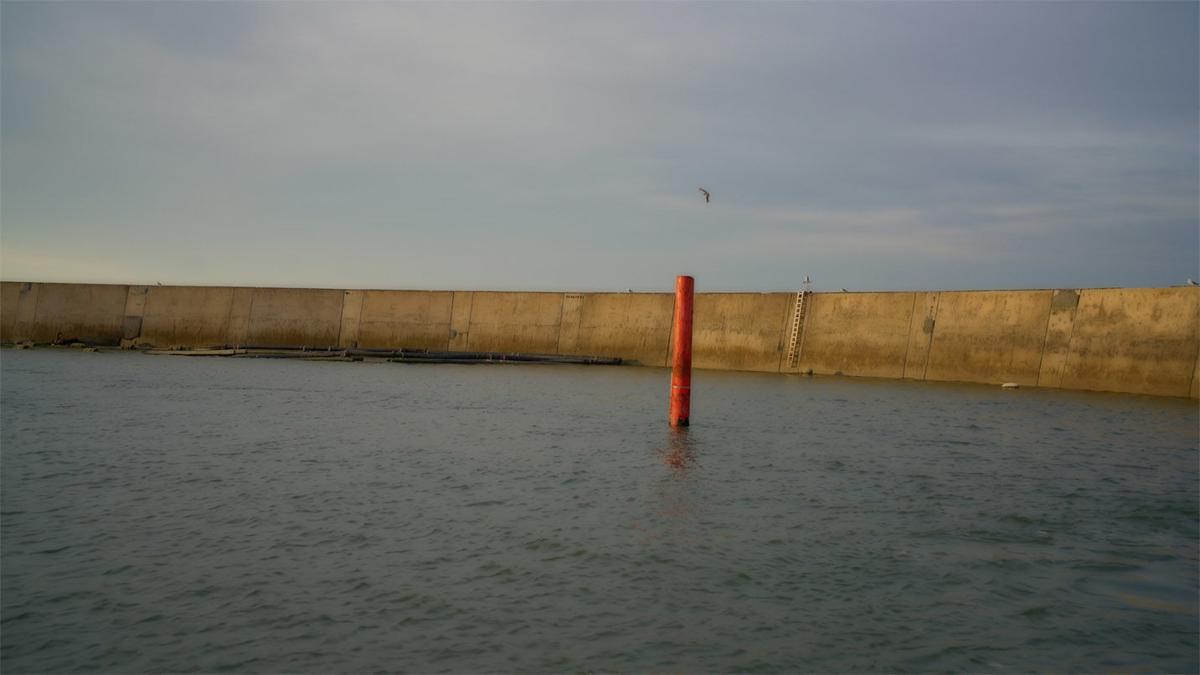 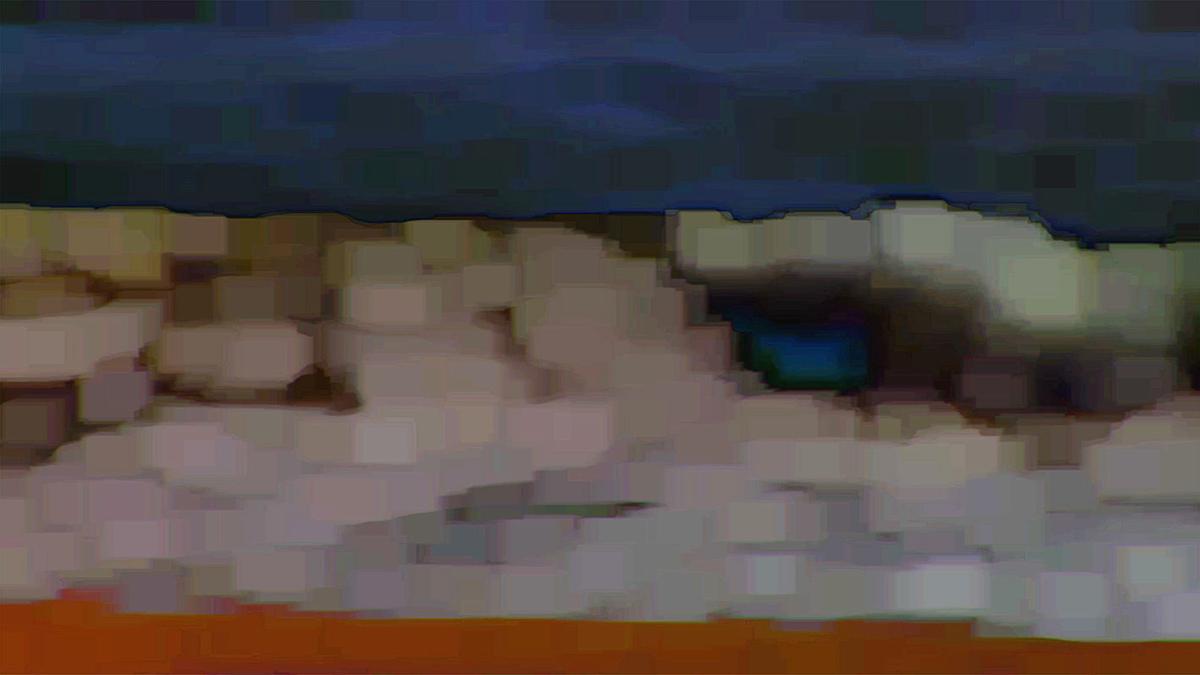 A still from “a wave,” HD video, 2009, 24 minutes, is in the Hanes Gallery at Wake Forest University, courtesy of the artist and the Cristin Tierney Gallery.

A still from “a wave,” HD video, 2009, 24 minutes, is in the Hanes Gallery at Wake Forest University, courtesy of the artist and the Cristin Tierney Gallery.

In an unprecedented institutional collaboration, a survey exhibition of experimental video works and photography by peter campus (who spells his name in all lower-case letters) is divided between two venues — Wake Forest University’s Hanes Art Gallery and the Southeastern Center for Contemporary Art — with a related show at Reynolda House.

Curated by Anne-Marie Duguet, a French art historian and curator, the show originated two years ago at the Jeu de Paume in Paris and traveled to venues in Spain, Portugal and New York before concluding its tour in Winston-Salem. That’s an impressive level of institutional commitment and international cooperation, considering that campus’ career seemed to have peaked in the 1970s and he has otherwise remained relatively unknown outside the specialized realm of experimental videography.

Since this show will serve as an introduction to campus’ work for most viewers, it’s advisable to visit the Hanes Art Gallery first, in order to start at the beginning. His two earliest single-channel video pieces are repeatedly screened one after the other on a small video monitor in the far corner of the lower-level main gallery.

In “Dynamic Field Series,” made in 1971, campus uses a rope on a pulley to manipulate a camera suspended above him in an anonymous studio space. This piece opens with a close-up of his shod feet walking on a wooden floor, but soon the camera recedes upward to reveal him as seen from above, pulling on the rope to which the camera is attached. Over the next 20 minutes or so he raises and lowers the camera several times while he alternately sits on the floor, lies down and stands up again. In the final minutes he covers the camera with sheets of semitransparent plastic, which he then cuts away with scissors.

Alternating with that piece on the same monitor and made in the same year is “Double Vision,” subdivided into seven separately subtitled sections. Each section superimposes the viewpoints of two cameras in different positions within the same domestic interior. In some sections campus can be seen walking around, moving in to adjust one of the cameras, or silhouetted at center-screen as he operates one of the cameras. In the final section, a moving camera’s views of the room appear on a TV monitor in the room’s foreground, as filmed by a stationary camera.

Those early pieces established campus’ preoccupation with the concept of multiple visual perspectives. This theme is reflected in a number of pieces at both venues, including several video installations activated by and centered on the exhibition’s viewers.

One such piece, “optical sockets,” is the first thing viewers will see on entering the Hanes Art Gallery. Dating from 1972-73, this interactive installation consists of a low, square platform with four closed-circuit cameras mounted in the corners and angled upward to record the presence of viewers. Viewers standing or moving around on the platform can watch themselves onscreen from four different perspectives in real time.

A more compact interactive piece from 1971 has a camera mounted atop a video monitor and pointed at the viewer. Suspended between the lens and the viewer are two small mirrors that spin slowly in circles. As a result, there are moments when the screen shows viewers looking at it and moments when it shows parts of the surrounding gallery. The title of this piece, “kiva,” references a chamber for Pueblo Indian religious ceremonies.

Several related works from the same period are on view in SECCA’s Ted Potter Gallery. “Anamnesis,” an interactive piece from 1973, employs a wall projection to show two separate, full-size images of viewers encountering it. One of the images appears in real time, while the other is time-delayed by a few seconds, yielding the illusion that one image is continually slow in catching up with the other.

“Interface,” a 1972 piece also at SECCA, is installed so that viewers see a wall projection of themselves through a sheet of clear, tempered glass. The subdued lighting in the gallery allows a viewer to see their reflection in the glass superimposed on their image as projected on the wall.

By 1974 and into the late ‘70s campus began using color videotape for some of his video pieces. Three from this period are shown in rotation on a small monitor in the Hanes Art Gallery’s mezzanine. One of them, “R-G-B,” shows him performing a series of experiments with transparent color filters, with which he changes the colors of his face, his head’s shadow, his silhouette and its background, and multiple views of the back of his head and shoulders.

In his 1976 piece “Third Tape,” shown on the same monitor, campus positioned himself behind and slightly above performer John Erdman as Erdman casually placed several small mirror tiles on a table top. Instead of cohering into a perfect composite facial image, the reflections of Erdman’s face in these tiles form a series of fragmented images that recall abstract painting strategies employed by members of the European avant-garde in the early 20th century.

Two years later campus again used Erdman as a stand-in for himself in “Head of a Man with Death on His Mind,” a billboard-scale, black-and-white projection of Erdman’s face in a tight close-up. At a glance this work — the centerpiece for SECCA’s portion of the show — appears to be a still photo. However, sustained attention reveals barely perceptible changes in Erdman’s somberly ruminative expression, indicating that it’s actually a 12-minute video loop.

The 1980s marked a hiatus in campus’ work with video and his focus on himself and other human subjects. He took up still photography and turned his attention to the landscape and other aspects of nature. One of the exhibition’s most striking works, “fossil, worn, schism, half-life,” dates from this period.

This 1987 piece, partitioned off to itself in a darkened space at one end of SECCA’s Potter Gallery, juxtaposes substantially enlarged digital photo projections of four stones equidistant from each other within a uniformly black space. The size of these black-and-white images and the emphasis on their different shapes and intricate surface textures renders them especially mysterious and powerful, as if they possess individual personalities and contain deep, hidden meanings.

In the late 1990s campus returned to video, but in its relatively new digital form, which enabled him to digitally manipulate his selected imagery. Continuing to pursue his interest in landscape imagery, he created works exemplified by two pieces in this exhibition — “a wave” (2009), on view in the Hanes Art Gallery’s mezzanine, and “barn at north fork” (2010), included in SECCA’s portion of the show. The former is a panoramic, moving image of an ocean wave breaking on a shoreline, and the latter is a frontal view of a barn. In both cases he manipulated the imagery by reducing it to a series of overlapping rectangles, thereby transforming it into abstraction.

The most recent work on view, “Convergence d’images vers le port,” is a four-channel video installation specially commissioned for this exhibition. Installed in its own alcove at the Hanes Art Gallery, it surrounds the viewer with four sets of ultra-high-definition color images in steady rotation. As indicated by its French title (which translates as “Convergence of images around the port”), these images were all made in the vicinity of a French seaport. Consistent with a running theme in campus’ work, images on opposite walls emphasize different perspectives on the same subject matter.

To augment “video ergo sum,” Reynolda House has mounted a small show titled “affinities: peter campus and American art,” which juxtaposes some of campus’ relatively recent, landscape-based videography with landscape paintings from Reynolda’s own collection, including works by Arthur Dove and Marsden Hartley. It’s on view in the Northeast Bedroom Gallery through Dec. 31.

More: Campus will engage in a public conversation about his work with Valerie Hillings, director of the N.C. Museum of Art, 6-8 p.m. Oct. 15 at SECCA; admission is free, but a $10 donation is suggested.

Campus will participate in a panel discussion with curator Anne-Marie Duguet and others at Reynolda House’s auditorium 4:30-6:30 p.m. Oct. 16, after a 4 p.m. reception; admission is free.