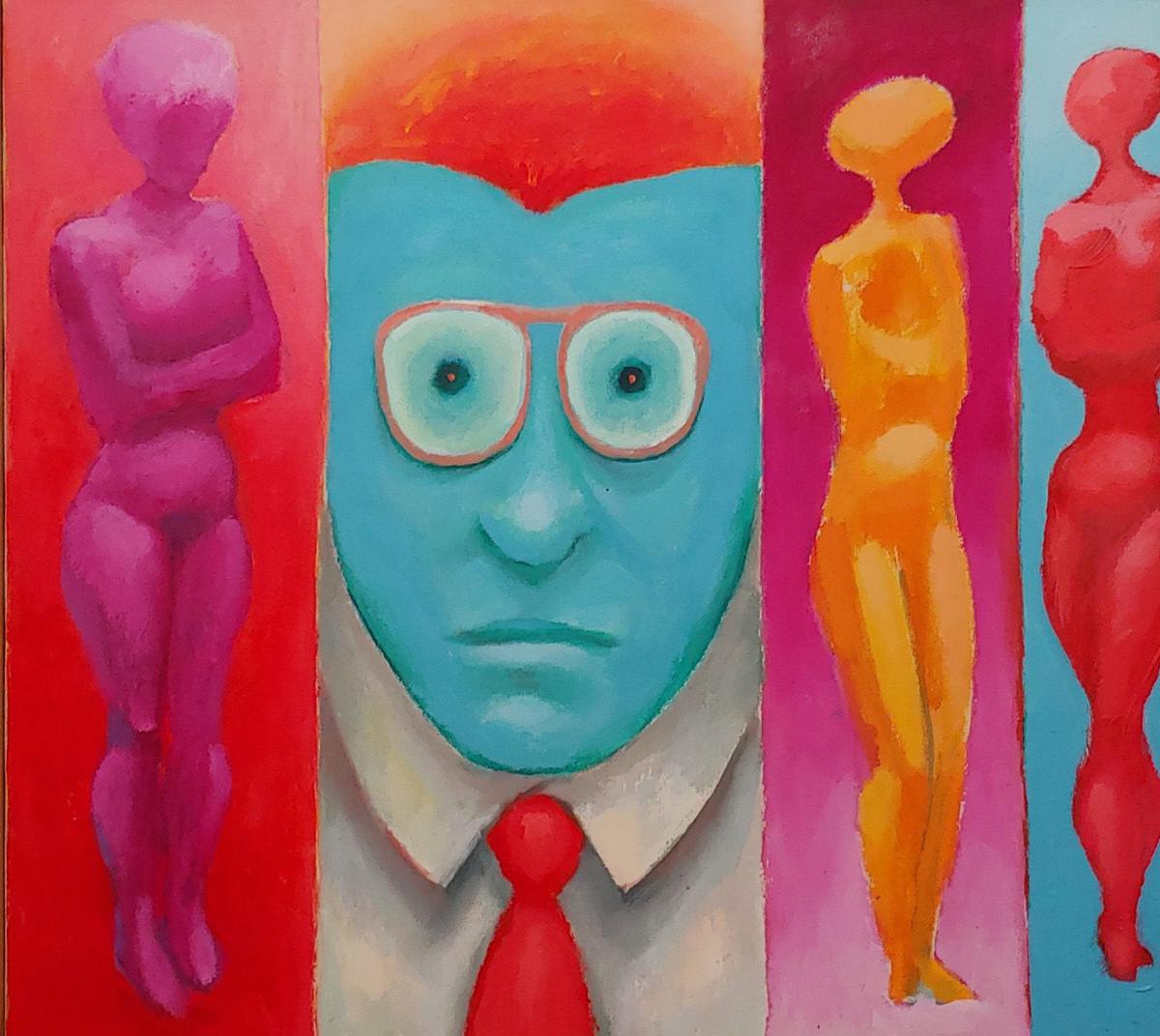 At Artworks Gallery in January (from left): “Ladies and a Gentleman” by Ed Shewmake; and “Snake Alive,” “Janus” and scupture all by Mitzi Shewmake. 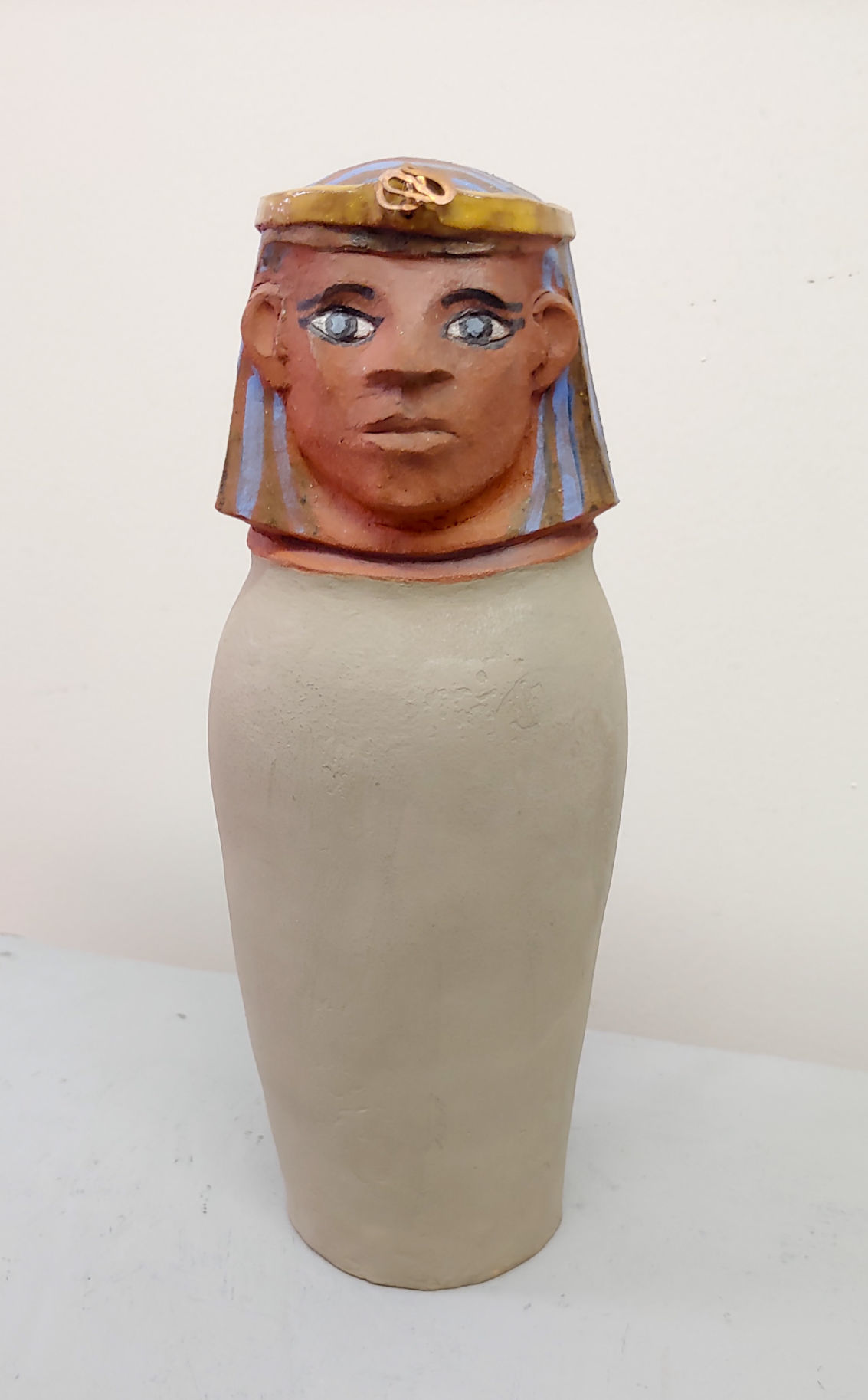 “Egyptian Figure,” by Mitzi Shewmake, is at Artworks Gallery. 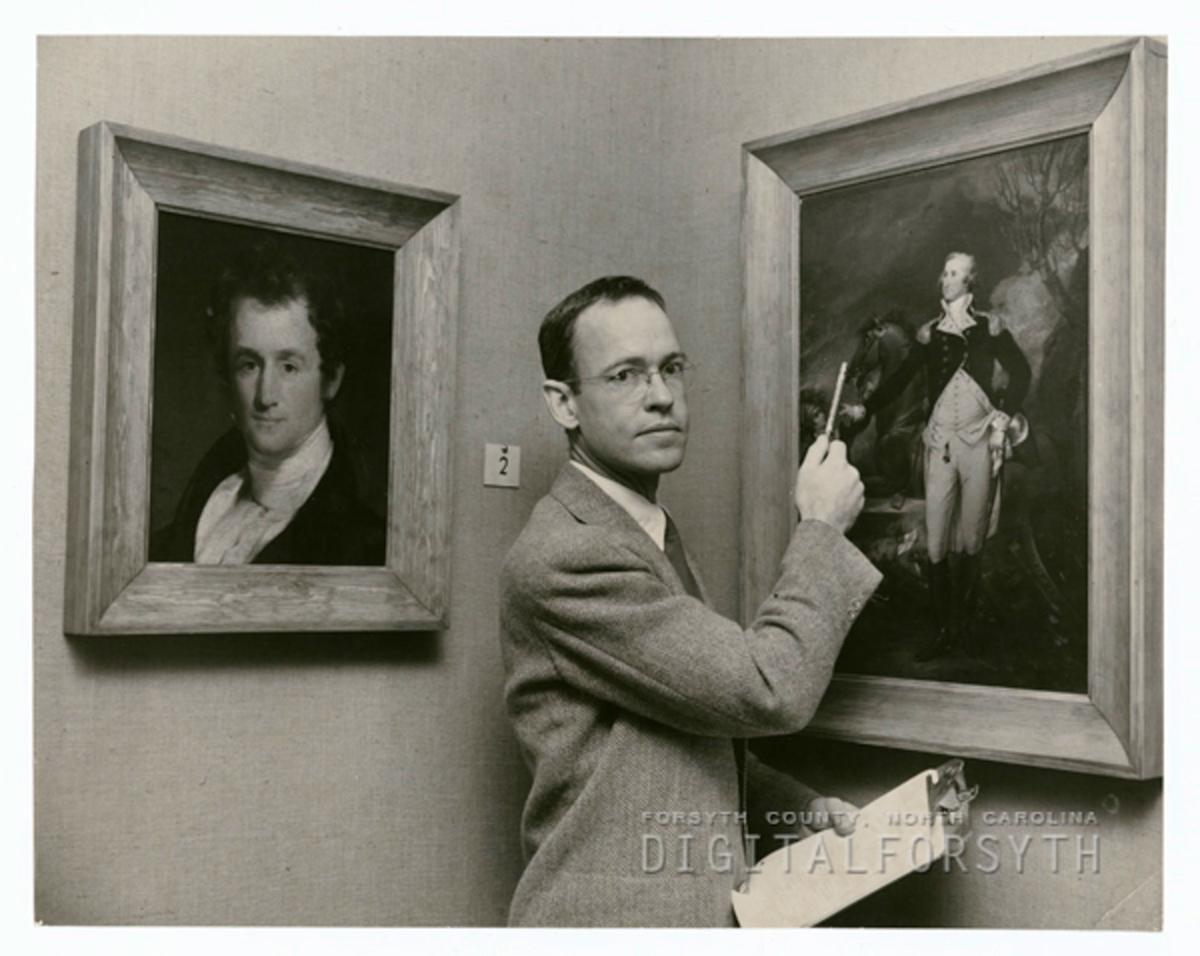 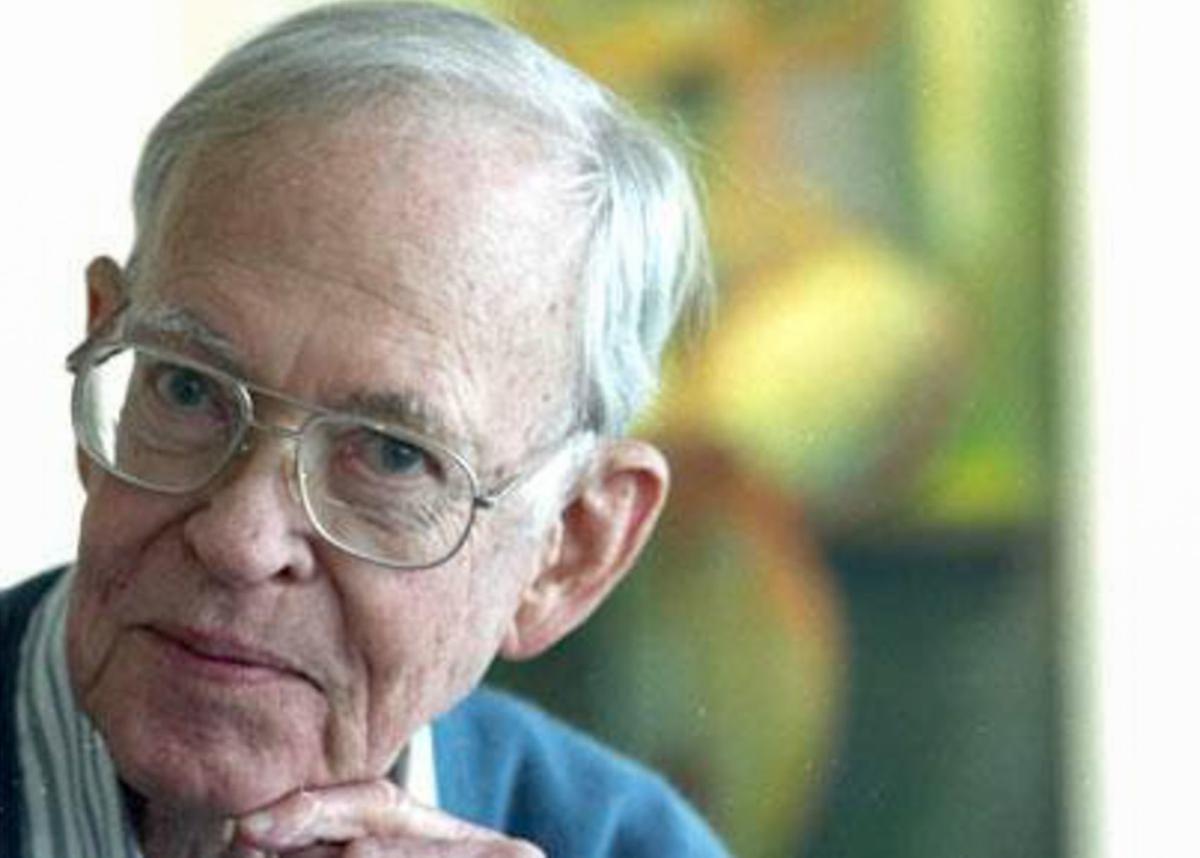 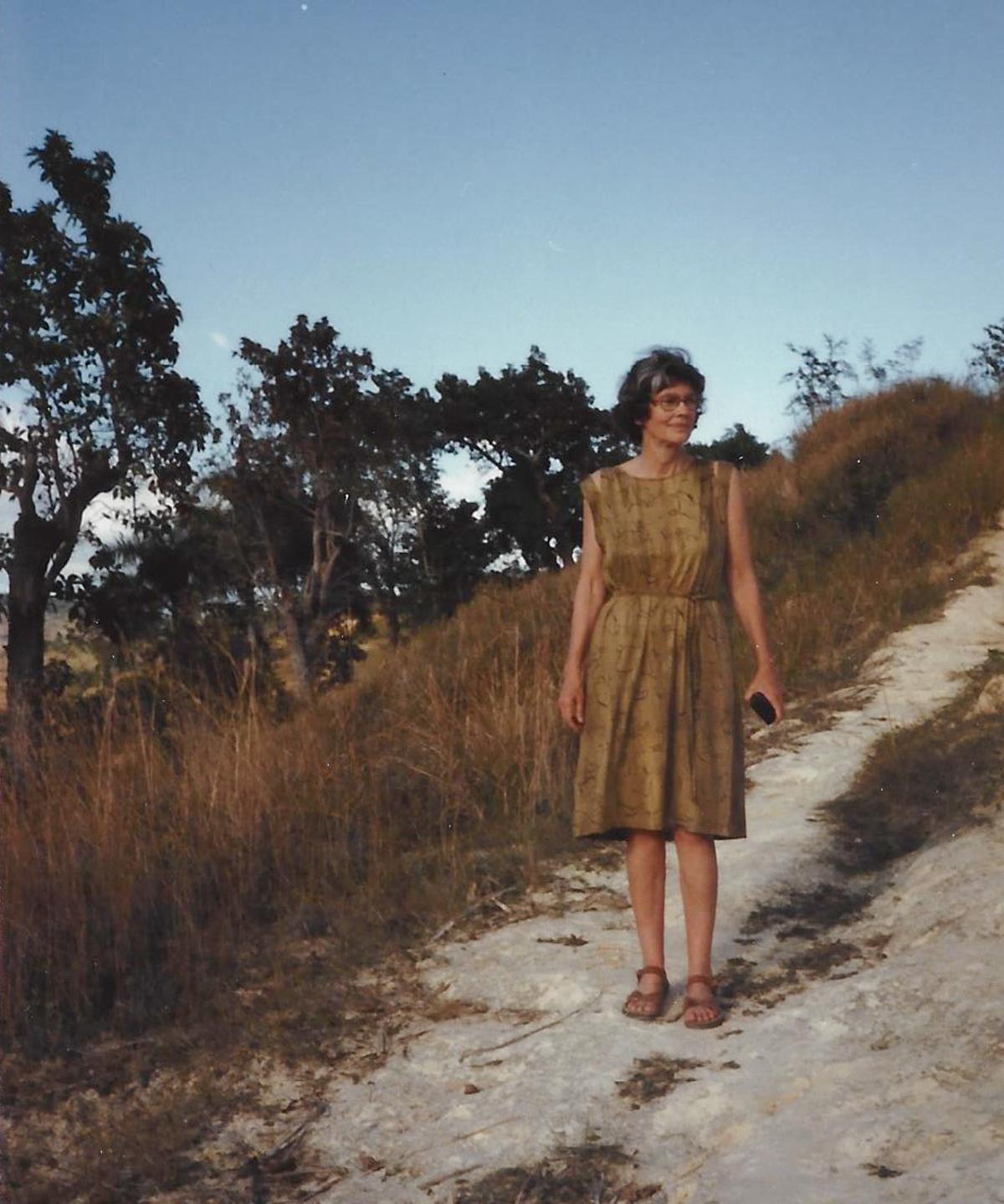 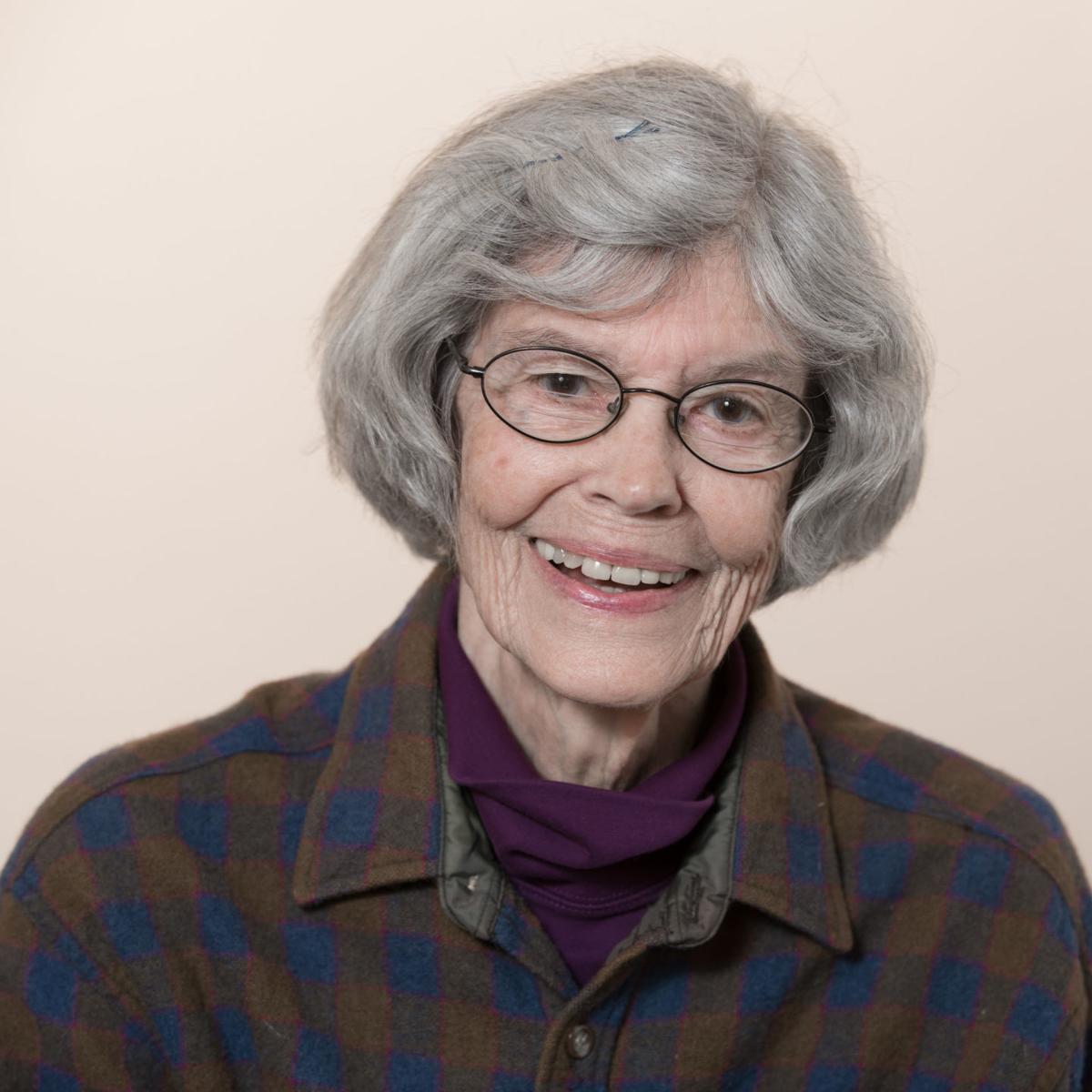 At Artworks Gallery in January (from left): “Ladies and a Gentleman” by Ed Shewmake; and “Snake Alive,” “Janus” and scupture all by Mitzi Shewmake.

“Egyptian Figure,” by Mitzi Shewmake, is at Artworks Gallery.

Artworks Gallery’s current exhibition and silent auction of works by Ed and Mitzi Shewmake marks the end of a remarkable era for the arts in Winston-Salem.

The Shewmakes were still newlyweds in 1950 when they moved to Winston-Salem for Ed’s new job as an art instructor at Salem College. They soon found themselves on the ground floor of an art scene in the making, and they were key figures in its evolution over more than 60 years.

In 1956 the Shewmakes were instrumental in founding two local visual-art organizations that would become linchpins the city’s arts infrastructure — Associated Artists of Winston-Salem and the Salem Gallery of Fine Arts, which later became the Southeastern Center for Contemporary Art.

While Ed continued to teach at Salem, Mitzi pursued graduate studies in visual art at UNC Greensboro, where she earned a master of fine arts degree in the early 1970s. She joined the art faculty at Winston-Salem State University, and in 1990 became the founding director of its Diggs Gallery.

Both of them also taught and studied off and on at the Sawtooth Center for Visual Art, which gave them its “Artist of the Year” award in 2001. And in the early 1980s they became founding members of Artworks, the cooperative that has maintained Artworks Gallery for more than 35 years.

Ed Shewmake died in 2008, and Mitzi now lives in Rockville, Maryland, near her younger daughter Tiffin Shewmake. Their pieces in the Artworks exhibit were selected by their elder daughter Tenley Shewmake.

Tenley, who now lives in Renick, West Virginia, is also an artist and a founding member of Artworks. (She has been credited with originating the idea for the organization.) She brought the works she selected to Winston-Salem, and several current Artworks members organized them and assigned each work a beginning-bid price and a “buy-it-now” price.

Local artist Lea Lackey-Zachmann — an Artworks founder and still an exhibiting member — said that she and other current members spent two days cleaning the pieces, repairing frames around a number of them, and replacing other frames.

“It was a whole gallery effort to get the works clean and ready for hanging, and, after that, installing them in the gallery,” she said.

The show is numerically dominated by Mitzi’s work. It includes more than 40 of her sculptures, drawings and prints, as compared with seven of Ed’s paintings. According to Lackey-Zachmann, the numerical imbalance reflects the fact that this was originally conceived as a Mitzi Shewmake solo exhibition. The decision to include some of Ed’s work was made after the selection process began, she said.

Mitzi’s work is characterized by a muted, predominantly gray-brown palette, and deals with themes of mortality, mythology and nature. Several of her clay and concrete sculptures reference classical architecture, and nature-based themes are prominent in a number of her drawings and sculptures. There are recurring images of snakes and eagles, which usually seem to function as spiritual metaphors.

Ed’s work, by contrast, employs lots of bold color and takes a generally humorous approach to mundane subject matter. In his large painting titled “Wounded Cheerleader,” for example, a buxom woman wearing a miniskirt is hand-carried by two men whose heads she pushes against her full breasts, accentuated by her low-cut blouse.

Before they met, Ed and Mitzi grew up in very different circumstances in two very different parts of the country, as they told me in past interviews. Raised in Davidson, where his father was a professor of English at Davidson College, Ed enrolled there as a student and majored in economics, since the college offered no art classes. His main art activity at the time consisted of drawing cartoons for an on-campus humor magazine. After a stint in the U.S. Army, he studied sociology at UNC Chapel Hill, then moved to Washington, D.C., where he entered the Corcoran School of Art.

Only 3 years old when her parents divorced, Mitzi grew up shuttling back and forth between her father’s home in Arizona and her mother’s home in New York. She was strongly influenced by her aunt and uncle, Maud and Miska Petersham, successful illustrators of children’s books who lived in Woodstock, N.Y., a town founded and largely populated by artists in the Catskill Mountains. When she was about 12, she and her mother moved to Alexandria, Virginia, where her mother worked as an executive secretary at a girls’ boarding school that Mitzi attended.

Mitzi spent her first two years out of high school at Mount Holyoke College in Hadley, Pennsylvania, where a sculpture class sparked her interest in making art. Returning to Alexandria, she lived with her mother while completing her undergraduate studies at George Washington University. At the time, the Corcoran functioned as the university’s studio-art department, and she met Ed in a sculpture class there.

Soon after they met, Ed spent part of the summer of 1947 in Woodstock, attending a sculpture workshop operated by the Art Students League of New York. Taking advantage of her family connections in Woodstock, Mitzi helped him find free lodging there.

After completing their studies in the nation’s capital, Mitzi and Ed moved to Cleveland, Ohio, in order to study at the Cleveland Art Institute. To support themselves, he worked as a door-to-door brush salesman while she was a librarian at the Cleveland Museum of Art.

The Shewmakes were married in Cleveland in 1949, and soon afterward moved to Ed’s native N.C. There, Ed recieved a master of fine arts degree at UNC Chapel Hill, which qualified him for the art instructor’s job that brought the couple to Winston-Salem.

Part of the proceeds from the silent auction of their work will be donated to Artworks, which will also take its standard 30 per-cent commission on sales.

Lackey-Zachmann said that this will probably be the last opportunity to buy works by the two artists.

Who: Ed Shewmake and Mitzi Shewmake

What: Exhibit and silent auction