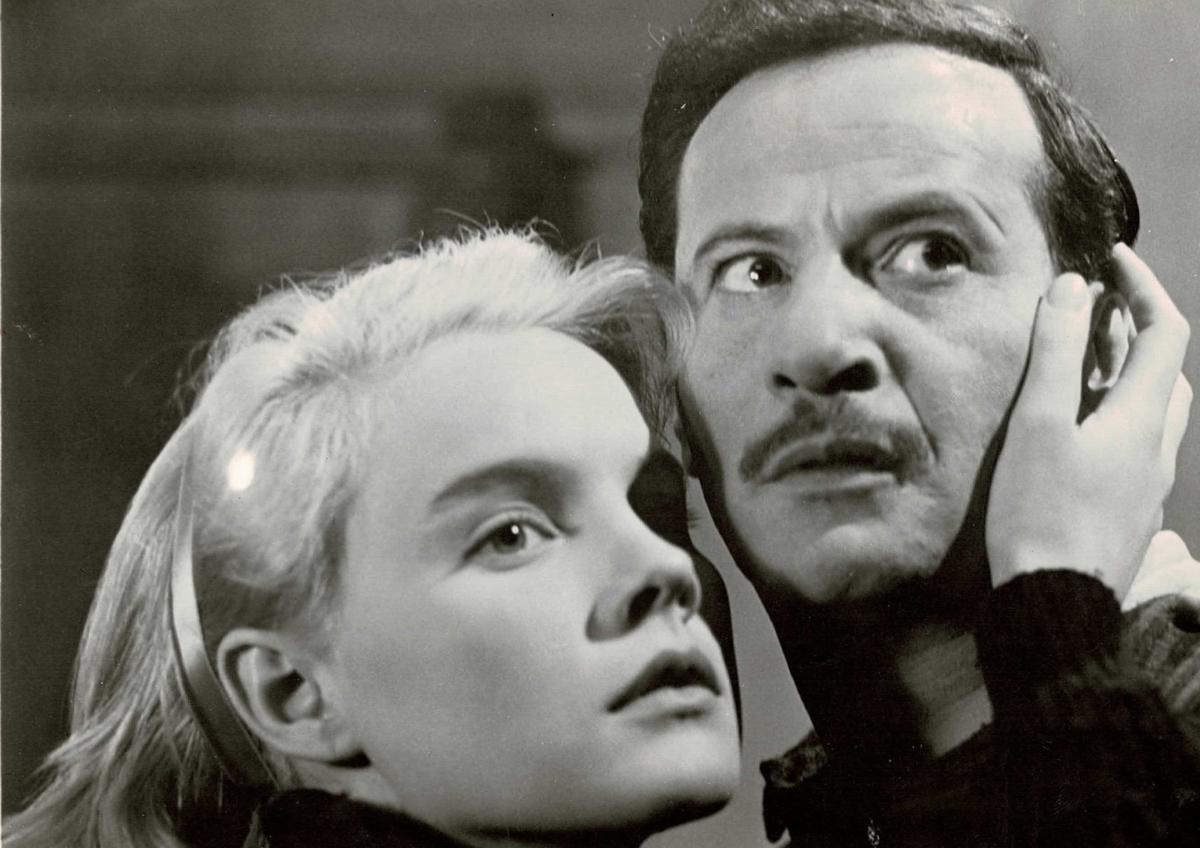 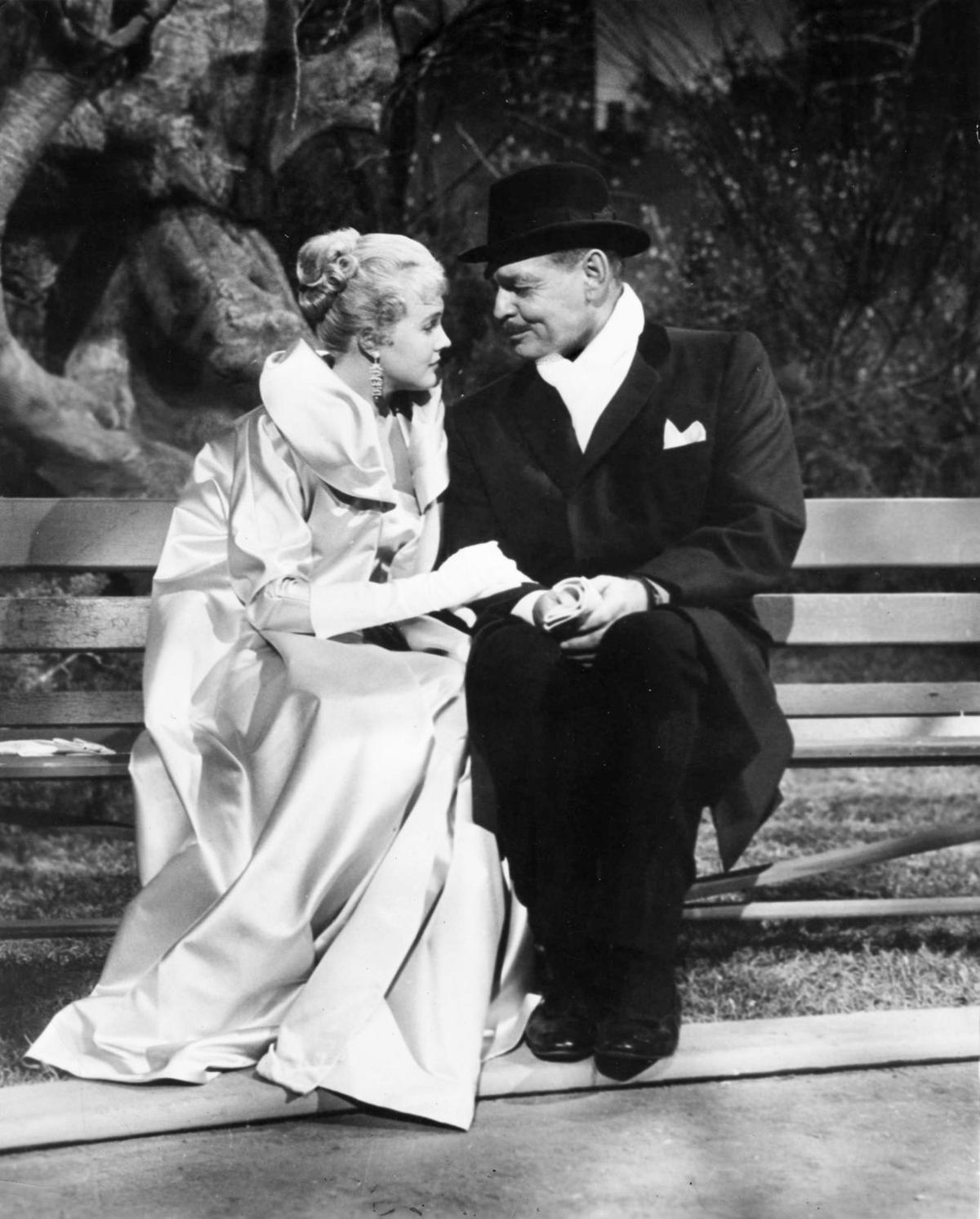 Carroll Baker and Clark Gable are in a scene from “But Not For Me.” 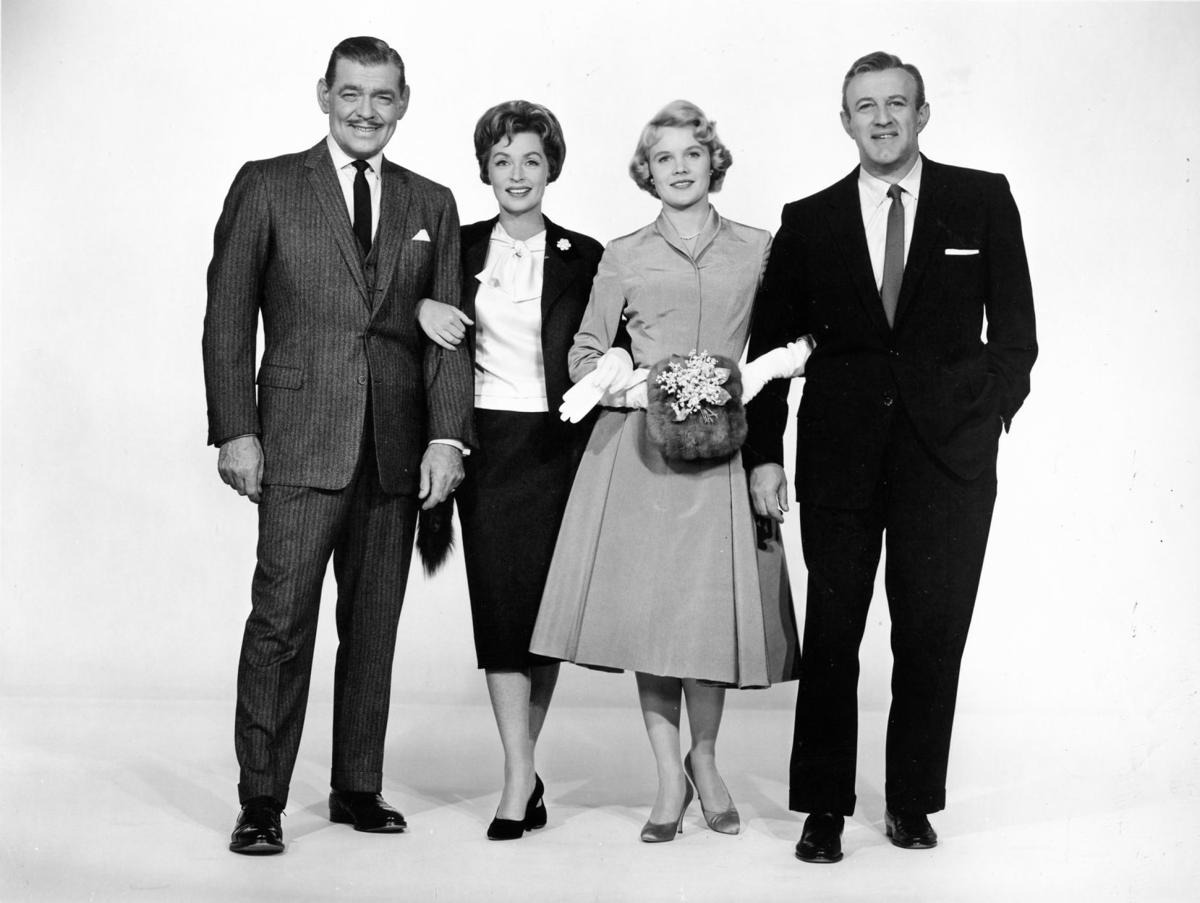 Clark Gable, from left, Lili Palmer, Carroll Baker and Lee J. Cobb are in a scene from “But Not For Me.”

Carroll Baker and Clark Gable are in a scene from “But Not For Me.”

Clark Gable, from left, Lili Palmer, Carroll Baker and Lee J. Cobb are in a scene from “But Not For Me.”

From a dirt-floor basement apartment in New York, to a “huge apartment” on a piazza in Rome next door to Audrey Hepburn, Carroll Baker has seen the lows and highs of life as a performer and taken them all in stride.

The star of “Baby Doll” and “How the West Was Won” began her performing career in the late ’40s in vaudeville and acted in TV, movies and on stage until 2003 when she retired.

One of her first TV jobs was in a commercial for Winston cigarettes, so she’ll have come full circle on Aug. 17, when RiverRun Retro brings her to Winston-Salem for a screening of “Baby Doll.” Her most famous film — and her favorite — will be followed by an on-stage discussion about the movie and its production by Baker and film historian Foster Hirsch.

Italy is known for art, food, fashion — and laid-back culture.

“At the end of the day, I’d ask myself what did I accomplish? Then I’d say, ‘Oh, I accomplished lunch.’ At dinner, they would ask you what you had for lunch,” she said. “Everything is about food.”

Baker, who now lives in New York City, took a break from watching the stock market results on TV (They were good, she said) to talk by phone about her long, illustrious and varied career.

A natural storyteller who laughs often, it’s no shock that she’s also a writer.

Born and raised in Pennsylvania, she dropped out of college after her freshman year and moved to New York where she found work on the vaudeville circuit.

“I always wanted to be in New York and show business,” Baker said. “In vaudeville, they had country-and-western shows that included every star you ever heard of, including Elvis Presley, and they had variety shows, which I was in.”

She had a magic act and worked as a dancer.

“I had met a retired magician who had invented the Magic Jewel act,” Baker said. “I came out in black underwear, and I magically produced my gown and everything else. I had a dressing table where I could use my thumb to produce a tiara.”

She also did the classic rabbit-from-a-hat illusion.

“The dirt-floor basement on Foley Street in Queens (N.Y.) would have been OK,” she said. “But I had this rabbit, and he would burrow into the floor.”

She started getting work in commercials, including a live one for Coca-Cola on the set of a TV drama.

“I got cast as a girl in bobby socks and saddle oxfords with a coke,” Baker said. “One day I was watching a dramatic show, and I thought, ‘That’s so much easier than what I’m doing now.’

“Acting seemed like a better gig than lugging around all the equipment for the magic act or traveling to shows to dance and not getting paid much.”

She enrolled at the Actors Studio in 1952 and studied under Lee Strasberg, a famous teacher of method-acting. Her classmates included Rod Steiger, Shelley Winters and Marilyn Monroe. James Dean was there too, and they became close friends until he died in 1955 at 24.

In 1956, she went under contract with Warner Bros. to secure the title role in “Baby Doll.” It was directed by Elia Kazan and co-starred Karl Malden and Eli Wallach. Kazan and Tennessee Williams produced the film, and Williams adapted the screenplay from his play “27 Wagons Full of Cotton.”

Many critics praised the film. Variety lauded the “superb performances,” concluding that the film “ranks as a major screen achievement and deserves to be recognized as such.”

But Time magazine called “Baby Doll” “just possibly the dirtiest American-made motion picture that has ever been legally exhibited.”

The film was condemned by the Catholic Legion of Decency for what was deemed the sexual explicitness of the story (for the time), and Cardinal Francis J. Spellman, the Catholic Archbishop of New York, denounced the film, calling it “sinful” and forbidding Catholics in the archdiocese to see it.

“I love that movie,” Baker said. “I love it so much. I love it because of Tennessee Williams. He was such a genius. It’s almost on the edge of being a comedy.

“But the Legion of Decency condemned it, and we lost 90% of our theater bookings. One of the biggest jokes in the film was that the marriage was not consummated.”

In the movie, Baker plays Baby Doll, a young woman whose much older husband, played by Malden, agrees to postpone consummation until she’s ready. Three years into the marriage, she still isn’t ready. Enter Eli Wallach, an attractive stranger who’s had some dubious dealings with her husband. Wallach’s character pursues Baby Doll. The scenes are sexy but not explicit.

Baker said that after the excitement that “Baby Doll” caused, Warner Bros. wanted her to play only sex kittens, and she didn’t want to get stuck being typecast.

“They were all saying that’s who I was — a little girl from the South,” she said. “The studio had you like a slave, and you had to do everything they said to do.”

But she didn’t, and when she turned down scripts, she didn’t get paid. She took the lead role in “The Miracle” (1959), because she was led to believe that it was about a nun.

“I was a postulant (one who aspires to be a nun). I ran off with Roger Moore, and that was the end of my nun,” Baker said. “She became the biggest whore that the continent ever heard of.” Her character has many lovers but renounces her wicked ways and returns to the convent in the end. “It was a big hit among Catholics.”

She disliked “The Miracle” so much that after that she bought out her contract, at considerable expense to herself.

That same year, she played opposite Clark Gable in “But Not for Me” at Paramount Pictures.

In “How the West Was Won” (1962), she met Debbie Reynolds who became a lifelong friend.

She played the rebellious daughter of Rock Hudson and Elizabeth Taylor in “Giant,” although she was a year older than Taylor. Dean died during the making of the film.

“I loved ‘How the West Was Won,” Baker said. “I thought that was such a wonderful story, and I met so many people.”

Baker said that the best thing about performing was “the people who I met and the people that I worked with. The actual working on a film had to do with meeting so many talented and marvelous people.”

In addition to her performing career, Baker has written four books, her first, “Baby Doll: An Autobiography,” in 1983, and her most recent, “Who Killed Big Al?”, an homage to Agatha Christie, in February.

She writes her first drafts on a yellow legal pad and transcribes them into a computer to make revisions.

“I don’t mind sitting in bed with a legal pad and writing,” Baker said. “It keeps me very busy.

“I love the fact that Rob has invited me to Winston-Salem. What a treat to give me a night by myself, where they show ‘Baby Doll,’ and I get interviewed, and they’ll have some books there, and hopefully, I’ll sell some books.”

Rob Davis, RiverRun’s executive director, said that copies of “Who Killed Big Al?” will be for sale, and Baker will sign copies at a reception after the screening.

Baker said that she is fine with “Big Al” being called an homage to Christie.

“There’s a lot about poison in the book. Christie did my research for me,” she said. “I gave one of my friends the book, and he said, ‘Oh, I should be afraid of you now? You know so much about poison’.”

What: RiverRun Retro presents a screening of the classic “Baby Doll," followed by a conversation with the film's star Carroll Baker and film historian Foster Hirsch.

More: Copies of Baker's book, "Who Killed Big Al?" will be for sale and signing.