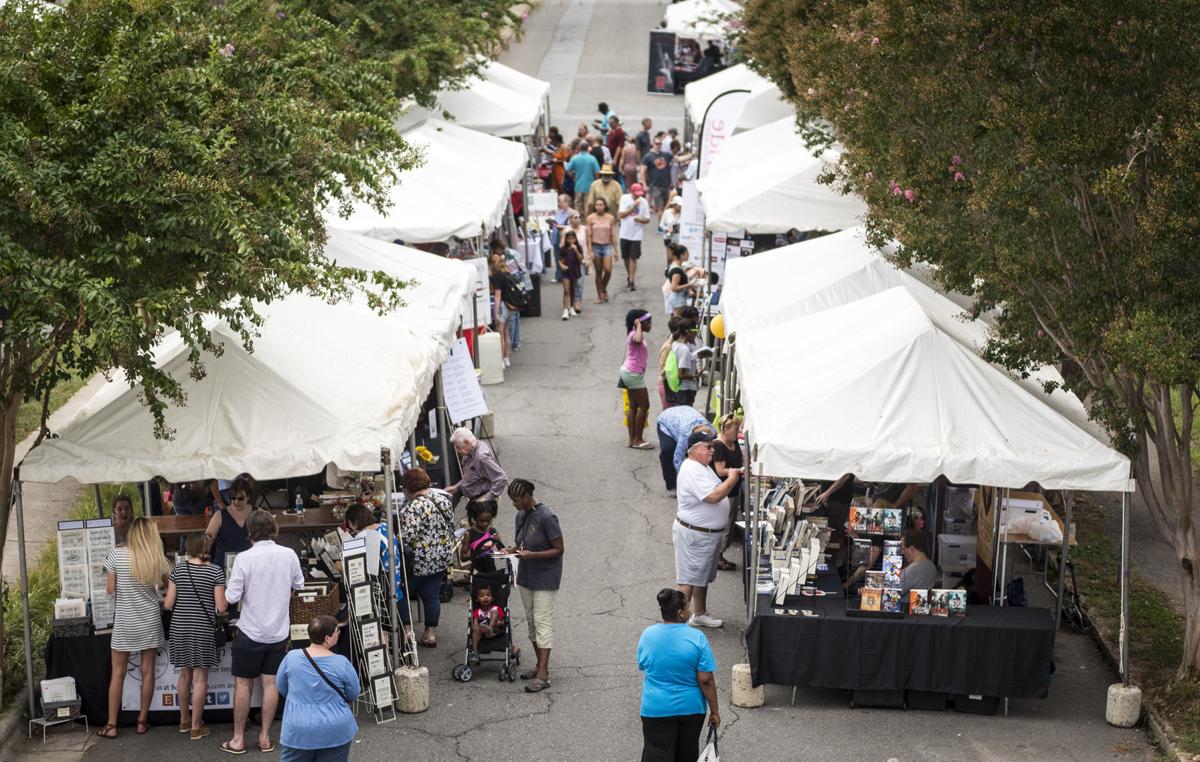 Festival goers attend the 2018 Bookmarks Festival of Books and Authors. 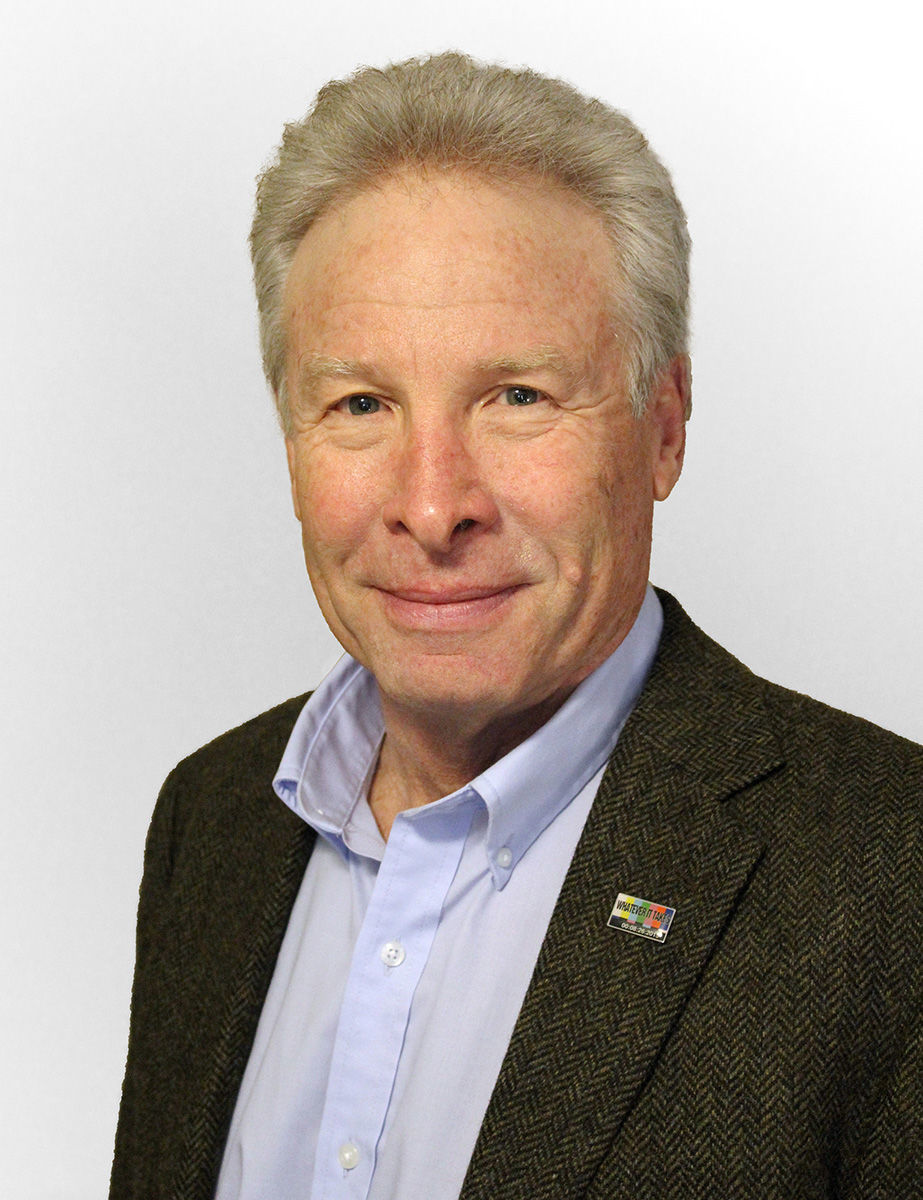 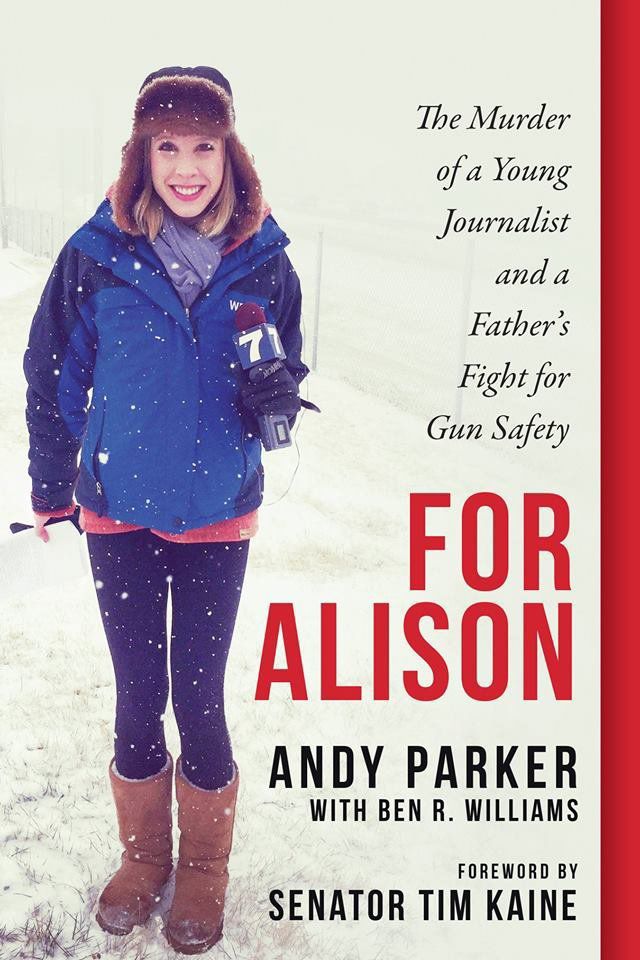 Cover of "For Alison," by Andy Parker 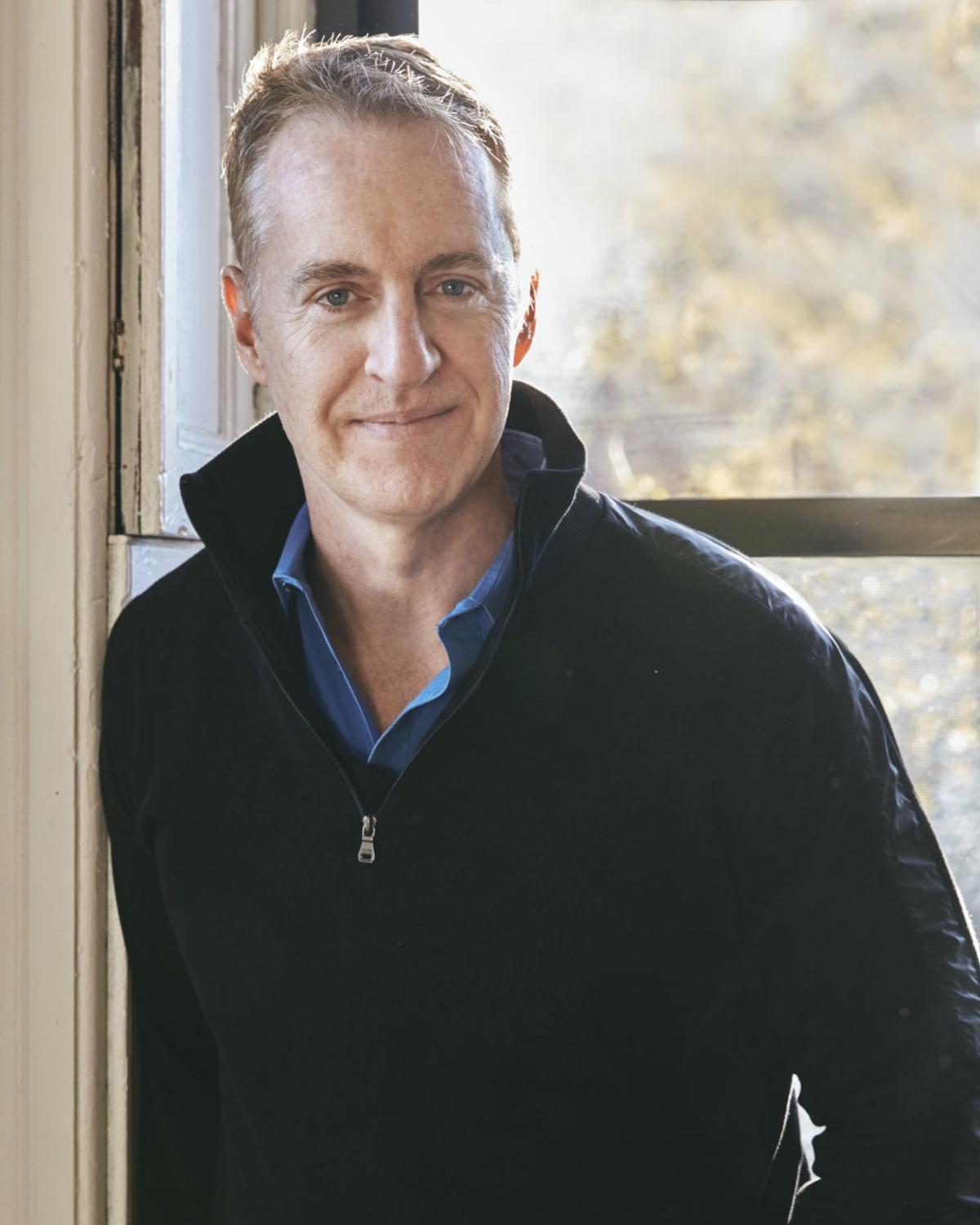 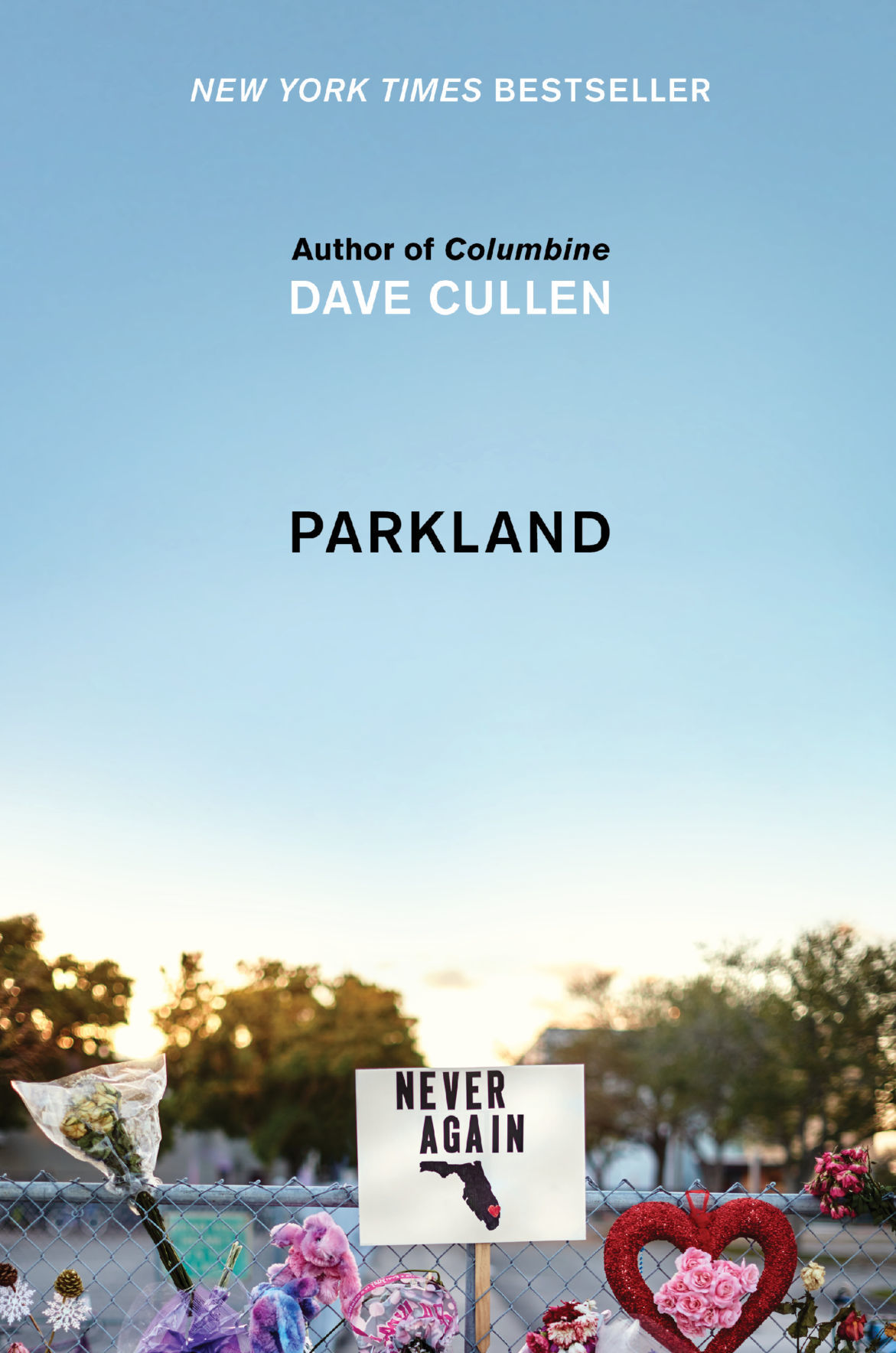 Cover of "Parkland," by Dave Cullen

Festival goers attend the 2018 Bookmarks Festival of Books and Authors.

Cover of "For Alison," by Andy Parker

Cover of "Parkland," by Dave Cullen

When Bookmarks’ free Festival of Books and Authors opens on Sept. 7, two non-fiction writers involved in gun-reform efforts, Andy Parker and Dave Cullen, will be among the 50 authors in downtown Winston-Salem.

Parker and Cullen will participate in a conversation about "Gun Violence in America" at 10:30 a.m. Sept. 7 at Calvary Moravian Church.

Bookmarks’ 15th festival starts today, Sept. 5, with a keynote event by author Casey Cep at the Hanesbrands Theatre and runs through Sept. 8 with free and ticketed events. It is the largest book festival in N.C.

Parker is the father of Alison Parker, a journalist killed on live television by a former employee of the station.

The shooting occurred on Aug. 26, 2015, while Alison Parker, 24, and photojournalist Adam Ward, 27, were conducting a live TV interview near Smith Mountain Lake in Moneta, Va. Vicki Gardner, executive director of the local chamber of commerce, was also shot but survived.

Alison Parker and Ward worked for a CBS affiliate WDBJ in Roanoke, Va. The gunman was Vester Lee Flanagan II, 41, also known as Bryce Williams, a former reporter at WDBJ. He filmed the shooting with a GoPro and posted it on YouTube before committing suicide.

Andy Parker’s book, “For Alison: The Murder of a Young Journalist and a Father’s Fight for Gun Safety,” is a page-turner that is blends memoir, current affairs and a call to action for better gun control. Together with his wife, Barbara, Parker runs the For Alison Foundation, which creates opportunities for children to experience the arts.

“This is a way for people to remember Alison for the way she lived, not just how she died,” Parker said by phone from his home in Martinsville, Va. “My wife was the program director for Piedmont Arts (in Martinsville), and Allison practically grew up there.

“She grew up around the arts. We took her to New York, and she saw all kinds of theater. She was able to see things and experience things that kids around here don’t often get to.

“The foundation offers summer school for the Roanoke Symphony, and we send kids to the American Shakespeare Center at the Blackfriars Playhouse in Staunton (Va.).”

Growing up, Alison Parker was a swimmer, dancer and actor, but she fell in love with broadcast journalism in college and was making that her career.

Parker thinks that the way to achieve reform and stop gun violence is by enacting more restrictive laws and that the time to talk about it is now.

“I do what I can,” Parker said. “I feel like it’s my job to speak out and keep shining a light on this. It’s not a job I would wish on anyone, but it’s important.

“I am working to get gun-sense candidates elected — and that means any Democrat. Republicans are not going to budge on this. ... Whenever I have an opportunity to speak and support candidates, I will do it. You lend your support where there is going to be a close race.

Parker said that he doesn’t want to take away everybody’s guns, just the ones they don’t really need.

“Every Democrat — in one iteration or another — is interested in getting rid of assault weapons,” Parker said. “It’s just common- sense stuff. Even the military says that citizens don’t need assault weapons.”

Parker is also promoting a program called “Send Alison to the Capitol,” which invites people to buy his book and send it to their congressperson. “It’s an interesting idea to bring it to the attention of people who are hellbent on keeping the status quo.

“If we can get them to read it, we might change hearts and minds. There are some that you are not going to touch.”

Cullen, who wrote the New York Times bestsellers “Columbine” in 2009 and most recently, “Parkland: Birth of a Movement,” is a longtime journalist who was slow to consider himself an advocate for change. He has written for The New York Times, BuzzFeed, Vanity Fair, Times of London, New Republic, Newsweek, Guardian and NPR’s On The Media.

“I have resisted being an advocate. With ‘Columbine,’ I very clearly decided that I wanted to make it a historical document,” he said. The Columbine shootings occurred April 20, 1999.

In “Columbine,” Cullen deconstructed a number inaccuracies that had been mythologized and reinforced by the media at the time. His in-depth research revealed that the perpetrators, Eric Harris and Dylan Klebold, were not unpopular, bullied boys; that a girl who was said to have been martyred for her faith was, in fact, not; and that the massacre had nothing to do with the Gothic subculture, Marilyn Manson or the Trench Coat Mafia.

A friend said to Cullen, “You have a voice. You have some power. You’re not using it. You know this stuff. You’re part of the problem.”

Cullen said, “Maybe I do have a moral obligation. I got so angry and so tired of it and nothing happening. This is a crisis for this country — not just the mass shootings but other random gun violence — I’ve got to get off the sidelines. So, people can not read my stuff, if they don’t want to.”

Cullen left his home in New York to go down and report on the massacre. He was still battling the secondary traumatic stress that he experienced after his work on “Columbine.”

In the first chapter of “Parkland,” Cullen describes finding himself in the middle of a a field, a huge improvised memorial, full of flowers, notes and stuffed animals. It took him back to a similar scene in Columbine.

“Up until Parkland, the depression was worse worse worse,” he said. “When I flashed back to Columbine, I thought, ‘I’m getting out of here.’”

But he stayed and got to know the kids who started what some have called the Parkland Uprising: Emma González, Alex Wind, Cameron Kasky and Jaclyn Corin, kids who have traveled the country speaking truth to power and calling out adults for not taking action.

“I started noticing in March and April ... I realized I was happy ... these kids make me happy,” Cullen said. “Now, wherever I go, it’s so much about kids.”

At a recent book signing, he said, “Everybody who came up and bought a copy were either buying the book for their kids or their kids’ teachers. The Parkland kids’ energy and their enthusiasm brought me up.

On Tuesday, Walmart officials said that their stores will discontinue the sale of handgun ammunition and publicly ask their customers to refrain from openly carrying firearms in stores, even where state laws allow it.

The announcement came just days after a mass shooting claimed seven lives in Odessa, Texas, and followed two other back-to-back shootings last month, one of them at a Walmart store.

“I think that’s a huge step,” Cullen said. “Walmart is sticking their neck out. They are right there in that demographic. This is a momentum battle. Perception matters, and for Walmart, they are saying, ‘We are part of this too. We are doing something.’

“It’s not red and blue. Every poll shows that over 90 percent want gun control.

What: Bookmarks Festival of Books and Authors

What: Gun Violence in America

Tickets: For all ticketed events, call Brown Paper Tickets at 800-838-3006 or visit www.bookmarksnc.org/festival19 .

Bookmarks: The independent bookstore and public gathering place is at 634 W. Fourth St. in downtown Winston-Salem.