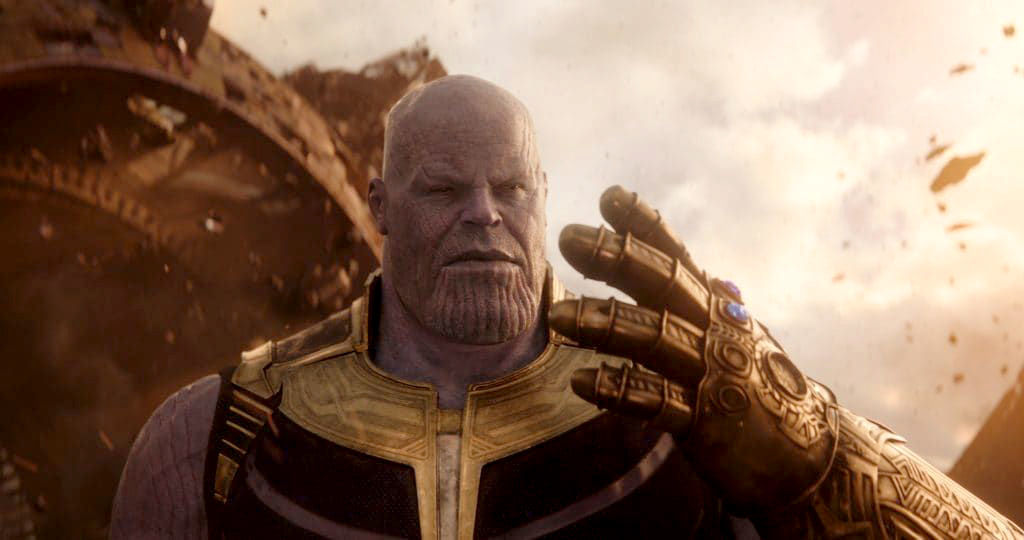 The hand of Thanos did unspeakable damage in “Avengers: Infinity War.” 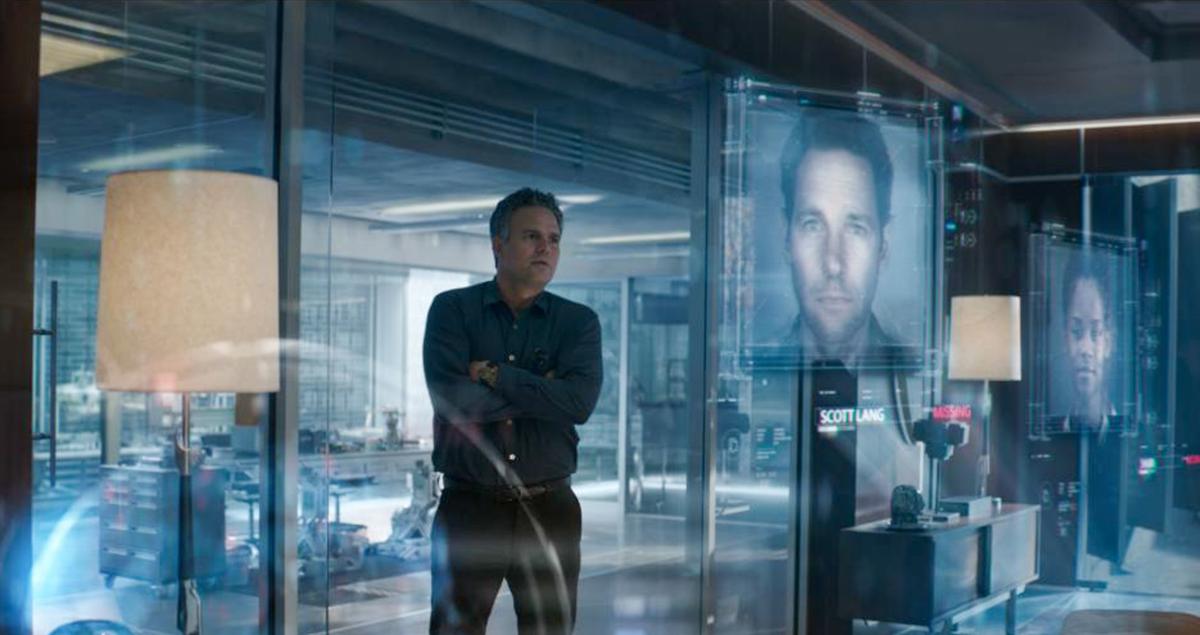 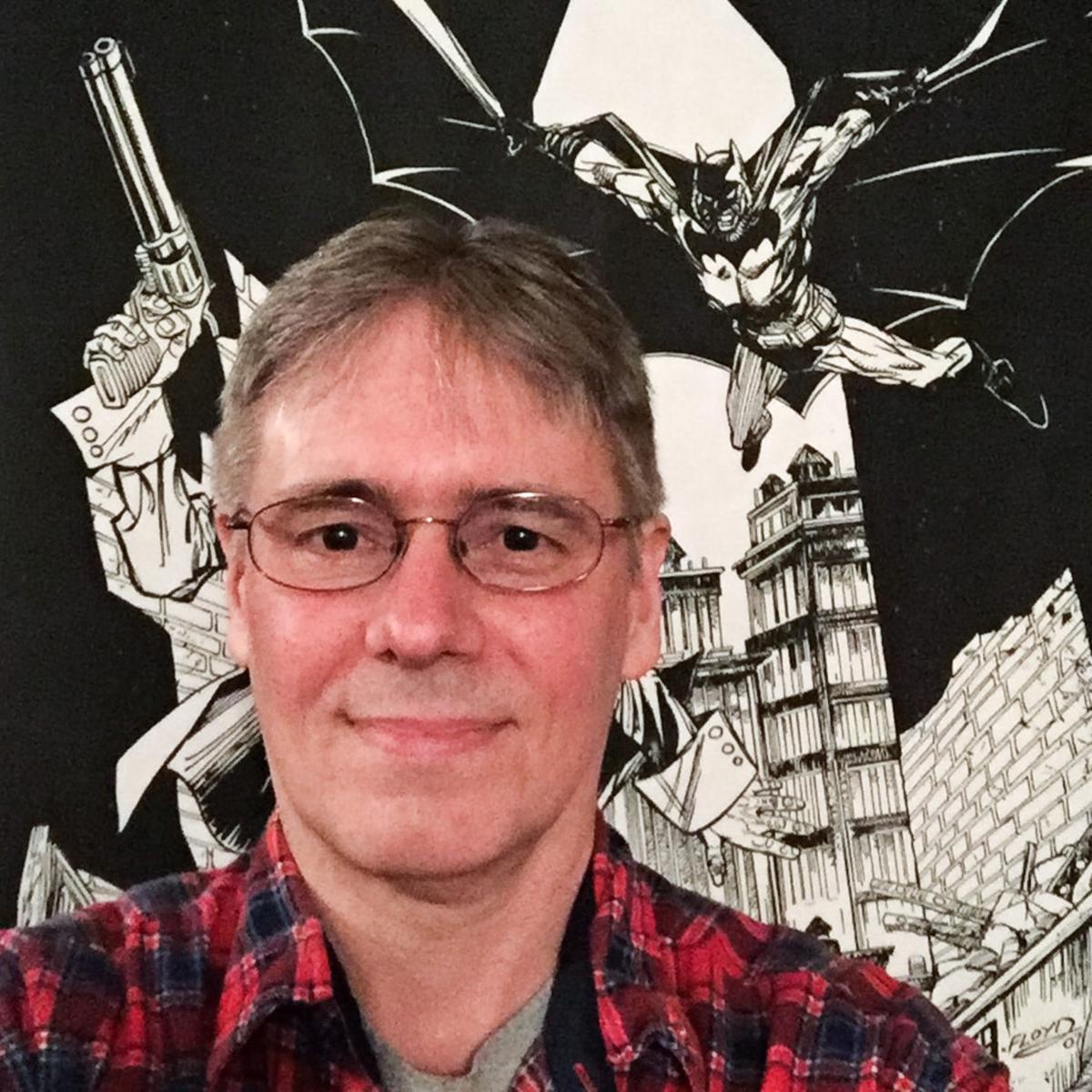 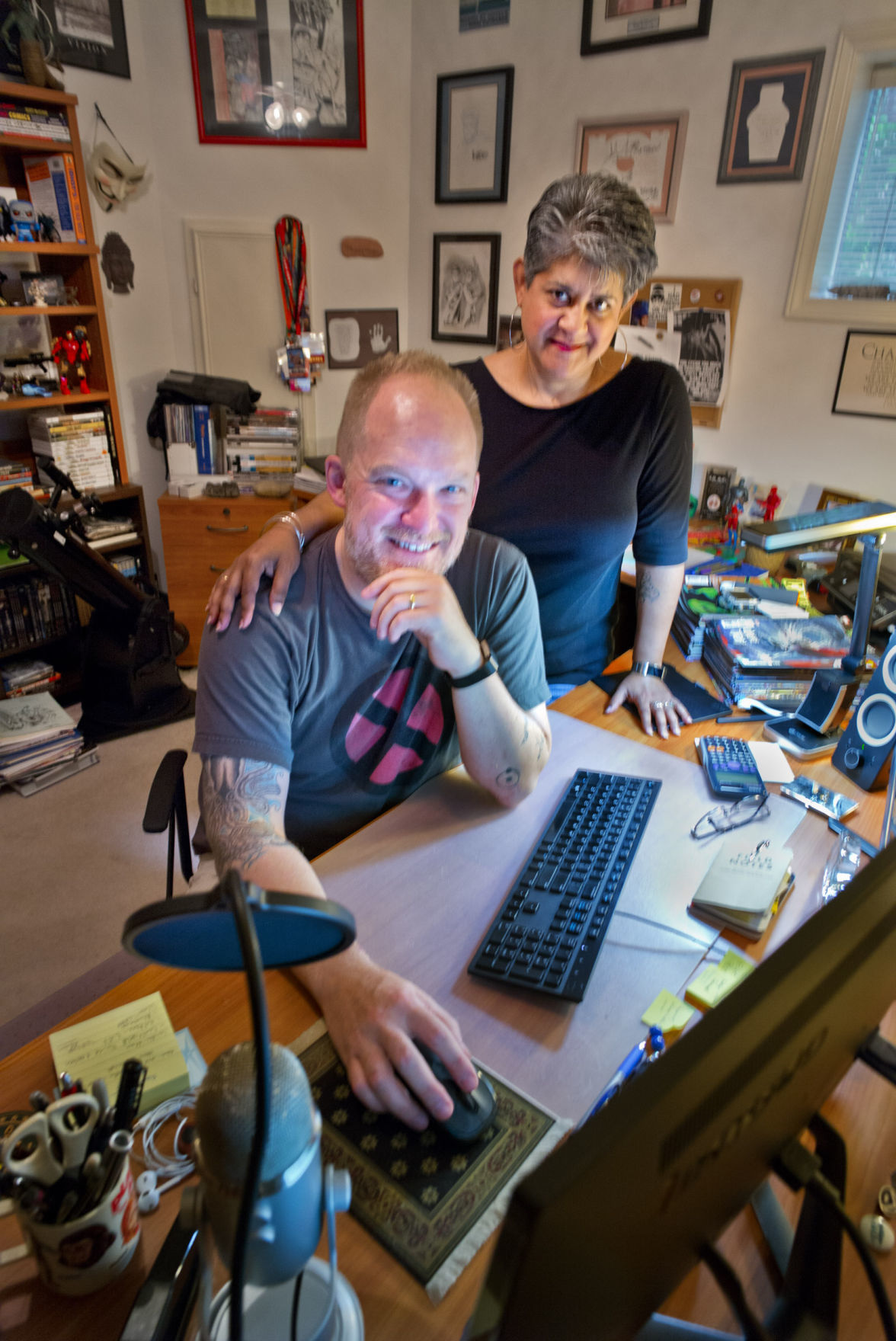 Matt and Shari Brady, Parkland High School science teachers, collaborate on a website that examines the science of pop culture and superheroes. 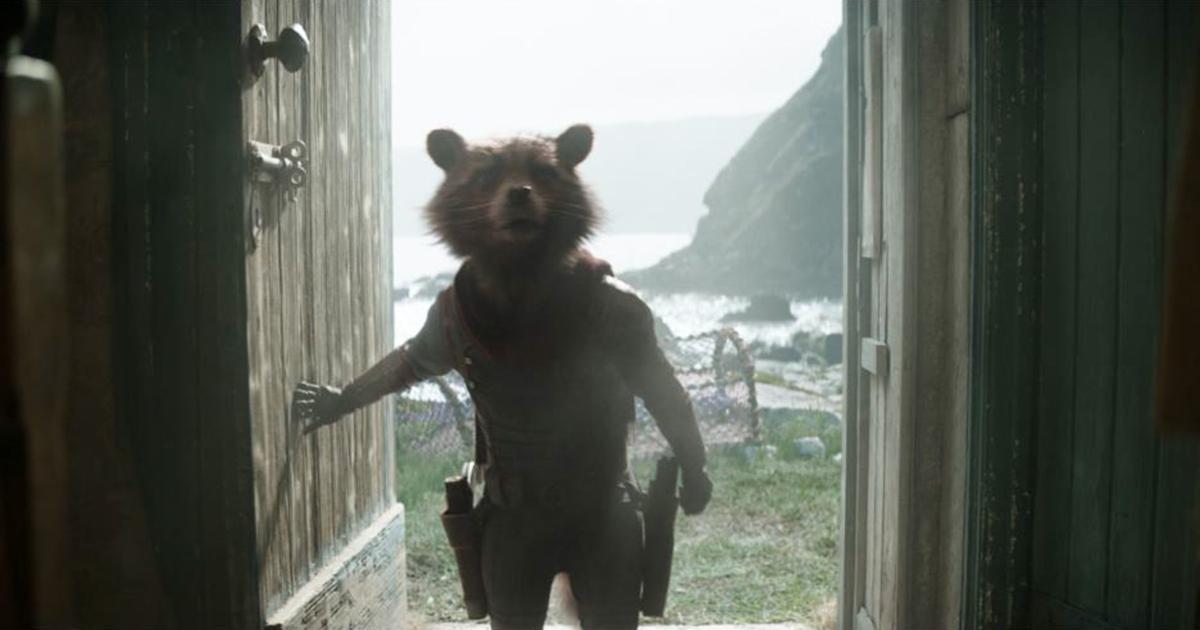 Rocket Raccoon, voiced by Bradley Cooper, is the sole survivor of the Guardians of the Galaxy, in a film still from “Avengers: Endgame.” 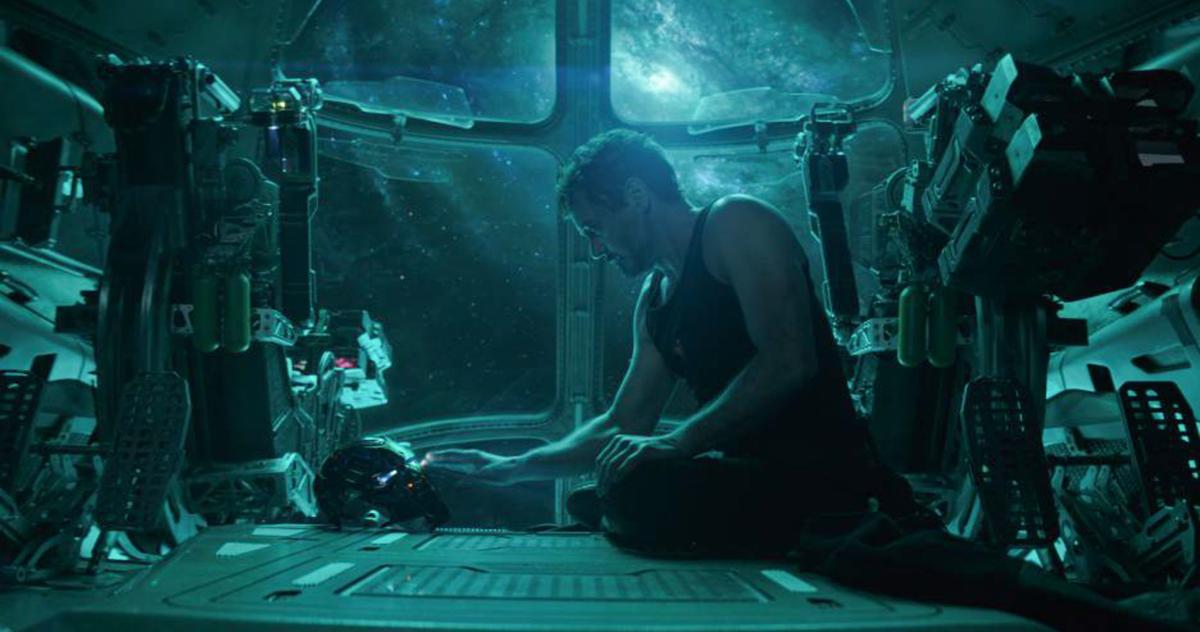 Tony Stark/Iron Man (Robert Downey Jr.), exiled in outer space after fighting Thanos, tries to record a message to send back home in a film still from “Avengers: Endgame.” Walt Disney Co. accounted for about half of all ticket sales — $2.2 billion — in U.S. and Canada theaters during the summer season.

The hand of Thanos did unspeakable damage in “Avengers: Infinity War.”

Matt and Shari Brady, Parkland High School science teachers, collaborate on a website that examines the science of pop culture and superheroes.

Rocket Raccoon, voiced by Bradley Cooper, is the sole survivor of the Guardians of the Galaxy, in a film still from “Avengers: Endgame.”

Tony Stark/Iron Man (Robert Downey Jr.), exiled in outer space after fighting Thanos, tries to record a message to send back home in a film still from “Avengers: Endgame.” Walt Disney Co. accounted for about half of all ticket sales — $2.2 billion — in U.S. and Canada theaters during the summer season.

We’re one week away from having the answer to one of the biggest pop culture questions ever: How will the Avengers stop the supervillain Thanos now that he’s wiped out half the life in the universe?

Last year’s “Avengers: Infinity War” had almost the entire lineup of the Marvel Cinematic Universe’s heroes all come up short in facing off against Thanos, an alien warlord whose scheme for population control was to use a gauntlet with five cosmic-powered “infinity stones” to alter reality. With the literal snap of a finger, he caused half of all life to vanish in a puff of dust, including many of the Marvel heroes. Since the end credits rolled on “Infinity War,” fans have been sharing theories and wild speculation about what will happen next.

The sequel, “Avengers: Endgame,” technically opens a week from Friday, but advance screenings will start next Thursday. Advance ticket sales are already through the roof, breaking records at various ticket sale websites. In a few theaters — in New York and Florida — Marvel is even running a massive 11-film marathon leading up to it, starting Wednesday afternoon.

Granted, we’re pretty sure Thanos will be thwarted and some of the damage he’s wrought will be reversed — after all, at least two of the heroes he disintegrated, Spider-Man and Black Panther, have new movies in the works, and they probably won’t be two hours of the camera aimed at a pile of ashes.

“I think we all know the Avengers are going to win,” said Bret Parks, owner of Ssalefish Comics in Winston-Salem and Greensboro. “’How?’ is the big question.”

We asked fans and local comic book experts for their theories on what what we can expect in “Endgame.”

John Floyd, a local comics artist whose career includes a long tenure inking Batman comics for DC, said that he hopes the solution uses an old story arc from the comics. “I hope that Thanos may have somehow banished the Avengers that disappeared at the end of ‘Infinity War’ to the Negative Zone, an alternate reality reached through a dimensional doorway that was first introduced by Stan Lee and Jack Kirby in Fantastic Four,” Floyd said. “It’s a concept I look forward to seeing in Marvel’s films.”

And it’s a concept that until recently was not possible, since the rights to the Fantastic Four were with Fox instead of with Disney, which owns the Marvel Cinematic Universe. But since Disney bought Fox, we may yet see the Fantastic Four or other Fox properties, such as the X-Men characters, hobnobbing with whoever is left in the MCU after “Endgame.”

Floyd hopes to see a “major slugfest” between Thanos and The Hulk, and expects Captain Marvel — hinted at in the last “Avengers” movie and then featured in the recent “Captain Marvel” movie — to “play a significant role in defeating Thanos, since they were major adversaries in the comics.”

He predicts that Captain America, Iron Man and Nick Fury may die — and so might Thor, his favorite Avenger, though he hopes that isn’t the case. “I don’t want Thanos to die, either,” he said. “He and Galactus are my favorite Marvel villains, and he will be hard to replace.”

Other fans also expressed concerns that Captain America — whose alter-ego is Steve Rogers — would make the ultimate sacrifice to stop Thanos and reverse what he’s done.

“I imagine there be a sacrifice by someone inherently good — Steve Rogers, maybe? — to counter the apparent evil of Thanos,” said John Chambers, a fan from Lewisville. “How they get there will sell a lot of popcorn, and Marvel knows how to deliver the goods!”

Wade Beauchamp from Winston-Salem agreed with Chambers. “I’m thinking Cap will be able to wield the gauntlet, not unlike Mjolnir (that’s Thor’s mystic hammer, by the way), through ‘worthiness’ not strength. And that will facilitate his sacrifice.”

Shari Brady, a science teacher at Parkland High School, is one of the folks behind “The Science Of,” a website devoted to analyzing comic books and sci-fi movies. She was particularly focused on the relationship between Thanos’ estranged daughters from the “Guardians of the Galaxy” films and “Infinity War,” in which Gamora was killed by Thanos before he carried out his scheme.

“I think Nebula will sacrifice herself to save Gamora,” she said.

Her husband, Matt Brady, another Parkland science teacher and the author of the book “The Science of Rick and Morty” due out this October, expects “at least one significant death of an original Avenger, as well as other ‘deaths’ which may have threads that keep hope alive. After all, what would be cooler than in 20 years to have a red/gold object crash land on earth and the ‘new’ Avengers of 20 years from now respond, only to find a grizzled, haggard (Robert Downey Jr.) Iron Man now in his 70s sitting on the edge of the crater looking at them and saying, ‘took you long enough.’”

He also added that it’s possible the Skrulls, shape-shifting aliens in the recent “Captain Marvel” movie, will figure into things.

“Who’s to say who’s a human and who’s a Skrull, even?,” he said. “Either way, Disney and Marvel will set things up so you’ll want to come back for more,” he said. “That’s what they do.”

Ant-Man, a genial superhero played by Paul Rudd who can shrink down to the size of an ant or increase to the size of a giant, figures into one of the wackier theories out there, which we heard from at least three respondents on Facebook.

As Stephen Goins from Tobaccoville put it, “I like Reddit’s theory using Ant-Man, but I’m not sure it would make for a family-friendly story.” In a nutshell, the theory involves Ant-Man shrinking down to tiny size, inserting himself somewhere Thanos would prefer he didn’t, and then expanding to tear Thanos apart from the inside. Paul Rudd, the actor who plays Ant-Man, even responded to the theory, joking that “I don’t think that made it into any of the drafts.”

Whatever happens, “Avengers: Endgame” is sure to be a blockbuster.

“Of all the comics-based films, the Avengers series has easily been the best-realized, and whatever the outcome, it will be spectacular!” Floyd said. “I also predict it will become the highest-grossing film of all time.”