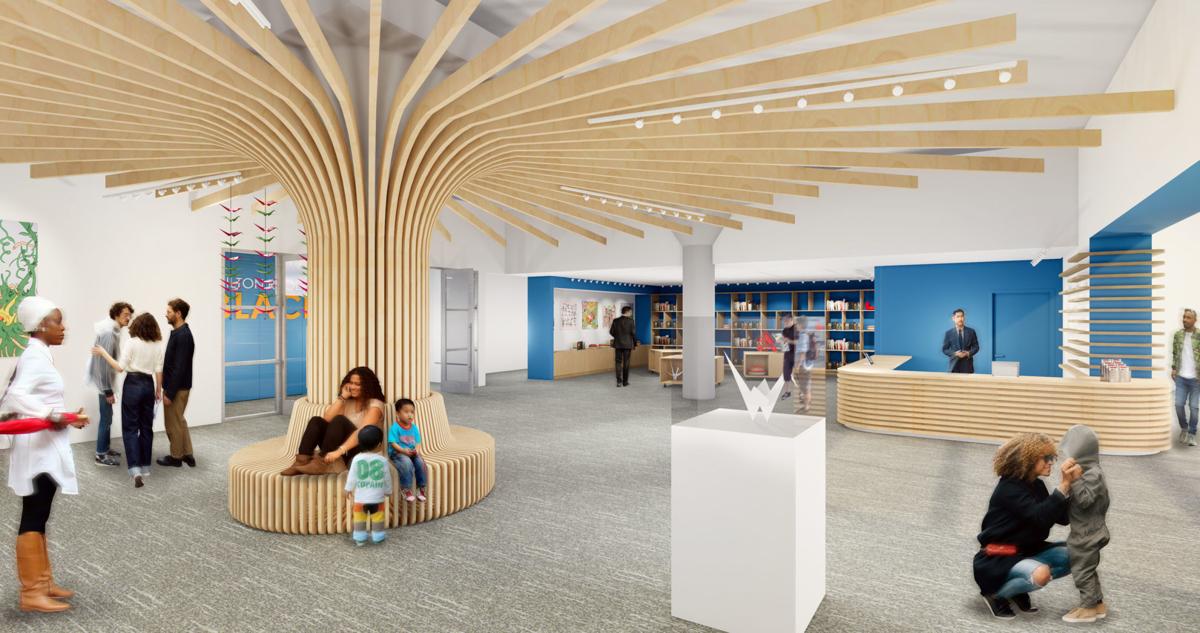 The ArtisTree is the centerpiece of renovations in the Arts Council’s Milton Rhodes Center for the Arts. It is in the lobby of the Reynolds Place Theatre. 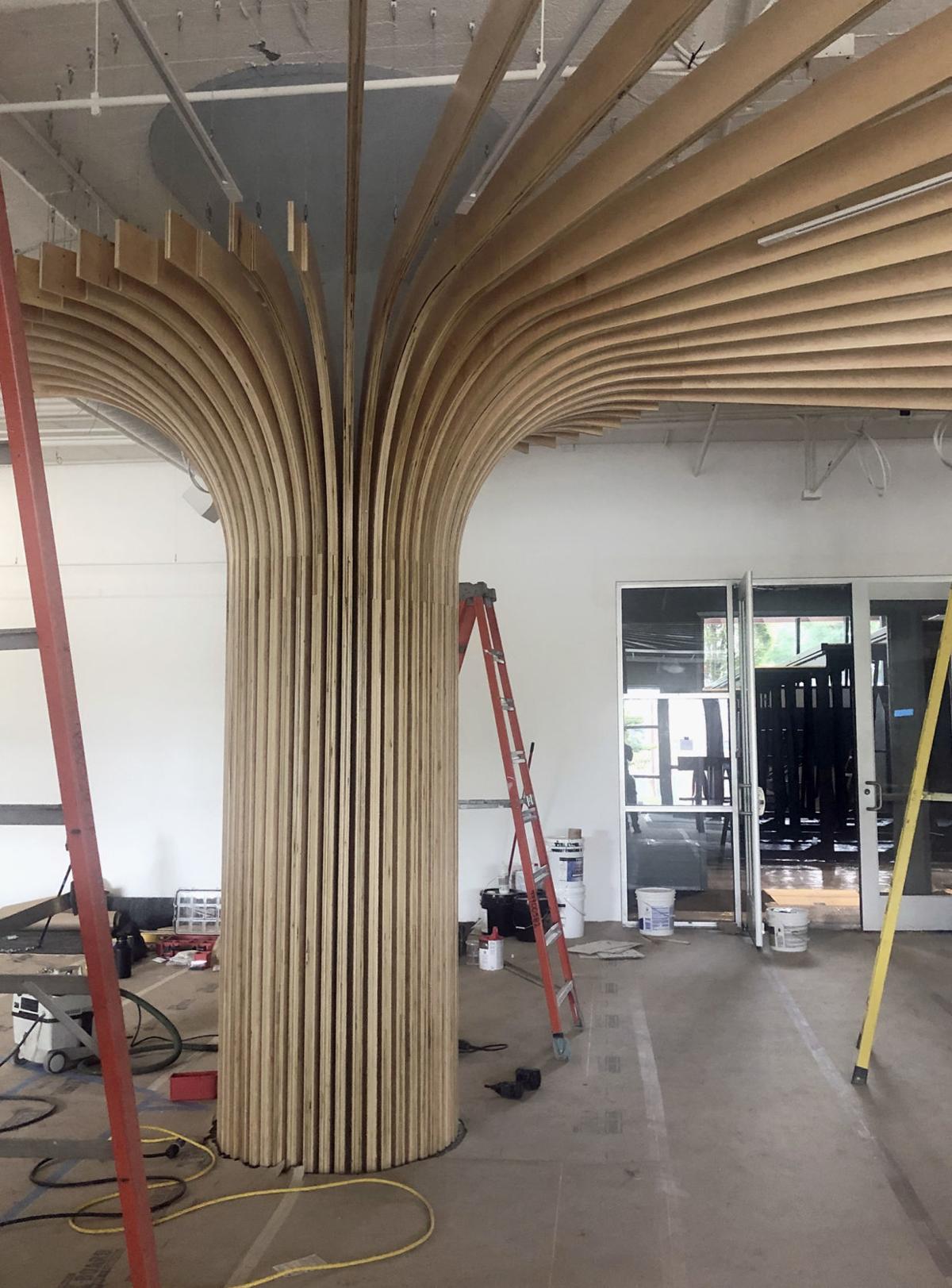 ArtisTree when it was under construction in the Arts Council’s Milton Rhodes Center for the Arts.

The ArtisTree is the centerpiece of renovations in the Arts Council’s Milton Rhodes Center for the Arts. It is in the lobby of the Reynolds Place Theatre.

ArtisTree when it was under construction in the Arts Council’s Milton Rhodes Center for the Arts.

Talk about hitting a deadline.

The Arts Council of Winston-Salem and Forsyth County, the oldest of its kind in the country, successfully completed a major renovation of the Milton Rhodes Center for the Arts just in time for the National Black Theatre Festival held July 29-Aug. 3. The renovation included a new black-box theater with multi-functional capacity; enhancing the Mountcastle Forum acoustics, an augmented art gallery, and a community arts gift shop.

“It is humbling to be able to affect change in such a manner that is not only necessary but sustainable for years to come,” says Christine Jones, chief operations officer of the arts council. “To see the project in blueprint form and then see the final product as it has been envisioned has been very, very special.”

A 70th birthday bash was held on Aug. 9 so guests could see firsthand the new upgrades.

“We were so pleased to see the community turn out in force to help us celebrate our 70th birthday and the opening of the newly renovated space,” says Connie Quinn, chief marketing officer at the arts council.

The Winston-Salem Festival Ballet, Winston-Salem Little Theatre and poet Jacinta White performed during the birthday bash. Before that, two performances were held during the National Black Theatre Festival: “Bricktop: Legend of the Jazz Age” and “Dinner With Booker T.”

In addition to strategic upgrades, the space has incorporated a new focal point, which was a substantial engineering project that relied on a lot of creativity and thinking outside the box, says David Dalholt, owner of Sunnyside Millwork.

“I said to myself, ‘I have to figure out how to build this thing.’ We basically drew the entire thing out on the floor and used lasers to project anchor points to the ceiling so we could assemble the different branches,” Dalholt says. “It was kind of like putting LEGOs together in a way.”

The focal point, which has been dubbed the ArtisTree, features eight different-length tree branches stemming a 60-foot wing span that hang from the concrete ceiling by anchors and cables. No joints, screws or plugs are visible. A bench sits underneath the tree.

STITCH Design Shop created the initial drawings and reached out to Dalholt to help bring it to fruition, and in order to complete the ArtisTree in time for the National Black Theatre Festival, Dalholt and his crew worked day and night.

“It’s surreal to walk in that space,” Dalholt says. “It looks just like the rendering, and I’ve been looking at those drawings for two years now. It’s crazy to walk in there and see it.”

ArtisTree, as well as the strategic upgrades, were a complete “labor of love,” which means a lot to the staff at the arts council.

“The arts council here is more than just old and the first one in the country. It is exceptional, just like this city,” says Randy Eaddy, the arts council’s chief executive. “The reason traces back to the founding precepts 70 years ago, which were a love for the arts and the belief that no community can be truly great without a deep and abiding love, and commensurate support, for the arts and culture. Winston-Salem manifested those precepts, which created a civic spirit of exceptional philanthropic support for the arts. We feel that love every day in many ways, and it feels mighty good.”