Now through April 3rd the digital copy of the newspaper is FREE so everyone can have access to important COVID-19 coverage. No credit card required.
New Offer!
$3 for 3 Months
Unlimited Digital Access
Log In Sign Up for Free Get Offer
Get Started
Get Offer

In 1911, Playwright Tennessee Williams (“The Glass Menagerie,” “A Streetcar Named Desire,” “Cat on a Hot Tin Roof”) was born in Columbus, Miss.

In 1979, a peace treaty was signed by Israeli Prime Minister Menachem Begin and Egyptian President Anwar Sadat and witnessed by President Jimmy Carter at the White House.

Britain’s Prince Charles and Camilla, the Duchess of Cornwall (in the background), leave after attending the annual Commonwealth Day service at Westminster Abbey in London on March 9. Prince Charles, the heir to the British throne, has tested positive for coronavirus. The prince’s Clarence House office reported on Wednesday that the 71-year-old is showing mild symptoms of COVID-19 and is self-isolating at a royal estate in Scotland.

LONDON — Prince Charles, the heir to the British throne, has tested positive for the new coronavirus, royal officials confirmed Wednesday — touching off debate about whether his wealth and status gave him priority in receiving a test.

The 71-year-old is showing mild symptoms of COVID-19, the disease caused by the virus, and is self-isolating at a royal estate in Scotland, the prince’s Clarence House office said. His wife, Camilla, the Duchess of Cornwall, has tested negative.

“The Prince of Wales has tested positive for Coronavirus,” Clarence House said.

It said he “otherwise remains in good health and has been working from home throughout the last few days as usual.”

Britain’s Press Association, citing a source, said the prince and the 72-year-old duchess remained in good spirits, and that Charles was not bedridden.

The British government has advised people over age 70 to take social distancing measures especially seriously and warned they may need to stay home for 12 weeks.

For most people, the new coronavirus causes mild or moderate symptoms, such as fever and cough that clear up in two to three weeks. For some, especially older adults and people with existing health problems, it can be more severe, causing pneumonia and sometimes death.

Charles is the latest high-profile figure to reveal a COVID-19 diagnosis. He joins a growing list of celebrities, athletes and other famous people who been tested for the novel coronavirus, even when they didn’t have a fever or other severe tell-tale symptoms.

That has fueled the perception that the wealthy and famous have been able to jump to the head of the line to get tested while others have been turned away or met with long delays.

Scientists, public health and frontline medical staff officials have urged Britain to ramp up the number of people being tested for the virus. Currently the vast majority of people with mild symptoms are not being tested.

The government says it tested 6,491 people on Tuesday and hopes to increase that to 25,000 tests a day within three weeks.

A member of the Scottish Parliament, Joan McAlpine, expressed surprise that Charles was tested. McAlpine, a legislator with Scotland’s governing Scottish National Party wished Charles a speedy recovery, but wondered aloud whether he had received special treatment.

“Given that his symptoms are said to be mild, like many I wonder how he was tested when many NHS and social care workers cannot get tested,’’ she said on Twitter. “My nephew, who has serious asthma and a chest infection was recently refused a test.’’

Charles and Camilla’s tests were carried out by the National Health Service in Scotland. Its website says that in general people will be tested if they “have a serious illness that requires admission to hospital.’’

“From the information I’ve been given it’s clear he was tested for clinical reasons,’’ she said. “And I’m pleased also that he is well and as with many people who have had this virus he has had a mild illness.”

The Library of Congress announced Wednesday that Tina Turner’s “Private Dancer,” Glen Campbell’s “Wichita Lineman” — written by Jimmy Webb — and Whitney Houston’s No. 1 hit and cover of Dolly Parton’s “I Will Always Love You” are some of the titles tapped this year.

The library selects titles for preservation because of their cultural and historic importance to the American soundscape. The titles have to be at least 10 years old.

Others that made the list include Russ Hodges’ play-by-play of the National League tiebreaker between the New York Giants and the Brooklyn Dodgers in 1951; the original 1964 Broadway cast recording of “Fiddler on the Roof”; the announcement of the assassination of President John F. Kennedy by the Boston Symphony Orchestra conductor during the recording of a live performance on Nov. 22, 1963; songs from “Mister Rogers’ Neighborhood”; field recordings of more than 50 hours of traditional Afghan music; and albums by Dusty Springfield, Cheap Trick and Maria Schneider. 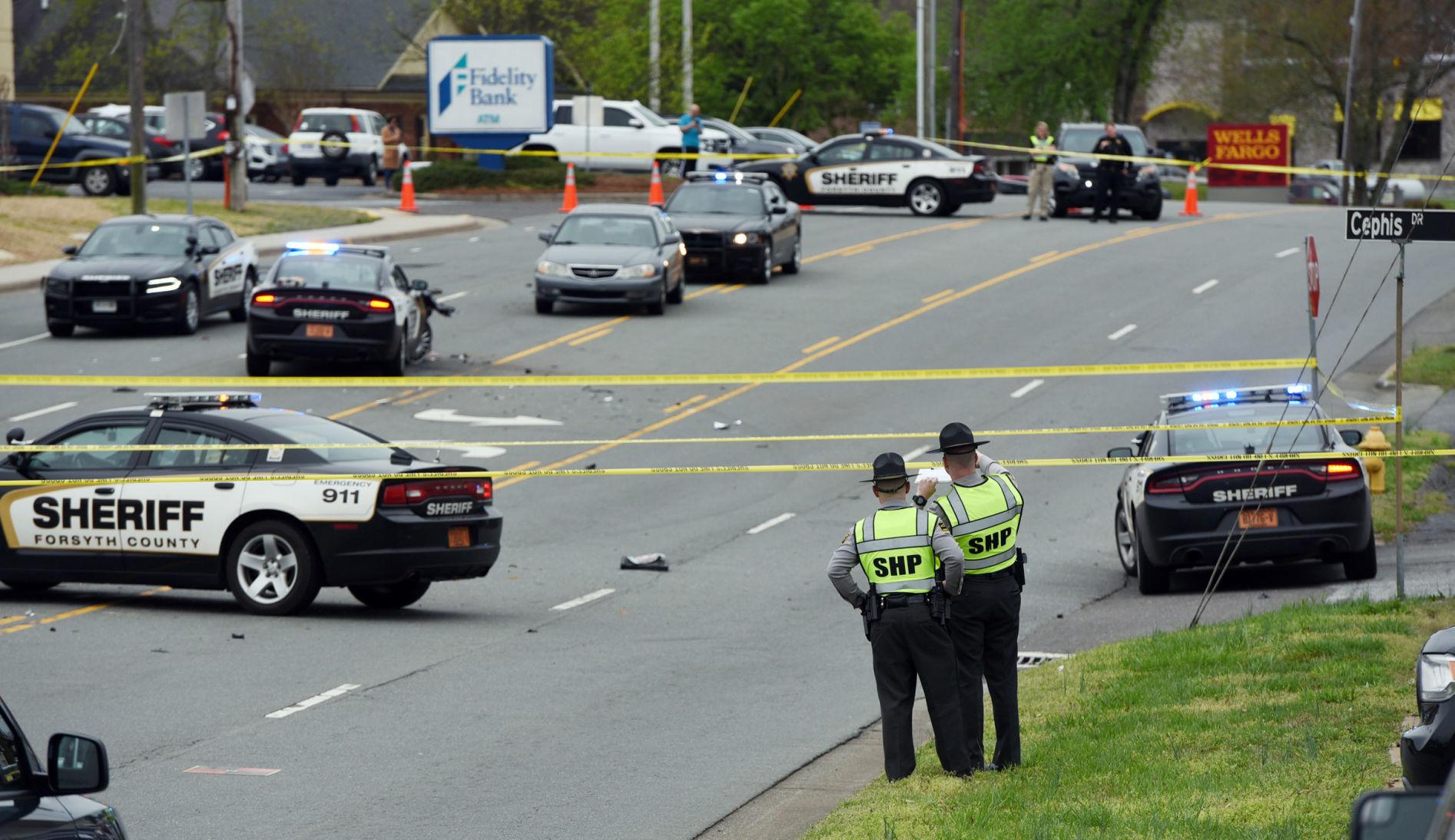 N.C. State Highway Patrol troopers analyze the scene on Lewisville-Clemmons Road in Clemmons where a Forsyth County Sheriff’s deputy-involved shooting happened after a chase with the suspect on Tuesday. View more photos on Journalnow.com/gallery.

Q: In the last few days we have received numerous robocalls from someone who says they are an agent of the Social Security Commission and that our social security card has been used fraudulently in southwest Texas. They give numerous options of buttons to push to talk to someone, etc. Is this legitimate or one of the many scams that are floating around these days? I have hung up every time, but the numerous calls are irritating.

Answer: This is another version of a scam that has been circulating for awhile now. Sometimes the scheme involves using technology to spoof an 800 number to make it seem like a legitimate call from the Social Security Administration.

If you get a call from Social Security, they will never:

If you receive a suspicious call or email from someone claiming to be from SSA, do not provide them with any information. Hang up immediately, and report it to the Office of the Inspector General at 800-269-0271 or online at oig.ssa.gov/report.

You can also contact Social Security directly at 800-772-1213 and ask to speak with someone there, rather than calling a number the possible scammer provides.

“Remember that scammers try to stay a step ahead of the curve,” according to the SSA. “You can do the same by protecting your information.”

Q: For the past week, the 100 block of Arbor Road has been closed by barricades, but there is no obvious work being done. Do you know why it is, and remains, closed to car traffic?

Answer: There was a miscommunication regarding a collapsing storm drain, according to Laura Whitaker, a spokeswoman for the Winston-Salem Department of Transportation. The barricades should not have been placed there, and have now been removed, she said.

The shred event scheduled at Mount Tabor United Methodist Church for April 4 has been rescheduled to June 20.