A federal judge indicated Thursday that she will issue an injunction next week to block North Carolina’s voter ID law.

Judge Loretta C. Biggs of U.S. District Court in Winston-Salem, which is in the state’s middle district, issued a notice in an online filing saying the injunction will be formally announced next week, coming just before a statewide mailer was set to go out on Dec. 31, detailing the new photo ID requirements for voters. The district covers 24 counties in central North Carolina.

The actual reasons for Biggs issuing the injunction — and whether the N.C. General Assembly could pass a law altering the rules to resolve her concerns — won’t be known until the formal order is released.

The injunction comes a year and one week after the N.C. NAACP and various local chapters of the NAACP, including the Winston-Salem/Forsyth County chapter, filed their original lawsuit against Democratic Gov. Roy Cooper and other state officials.

On Dec. 3, attorneys representing the NAACP, asked Biggs in a court hearing to grant a preliminary injunction that would block the law from taking effect for the March 3 primary elections.

The Rev. Alvin Carlyle, the president of the local NAACP chapter, couldn’t be reached Friday for comment.

The NAACP is suing because it feels the law is discriminatory, especially to minorities and poor people, because they are less likely to have photo identification. Those in favor of the law have noted that free IDs will be made available to those in need. The State Board of Elections has also approved numerous forms of IDs as valid for voting purposes.

The Rev. Anthony Spearman, the president of the N.C. NAACP, praised Biggs’ decision, calling the 2018 measure “the latest bad-faith attempt in a string of failed efforts by the (North Carolina) General Assembly to impede the right to vote of African Americans and Latinos in this state, and to blunt the force of the true will of the people.”

The left-leaning Democracy NC applauded the decision to stop the photo ID requirement, calling it “a discriminatory and poorly implemented strict photo voter ID law that would have meant long lines at the polls, election chaos for our counties and (would) ultimately disenfranchise eligible voters during the high turnout 2020 primary.”

The law would have taken effect in the March 2020 primaries. This is the state’s second voter ID law, with the first one being struck down in 2013 by the 4th U.S. Circuit Court of Appeals for being discriminatory.

Cooper vetoed the law in 2018 but his veto was overridden. In 2018, the law passed as a ballot measure by about 400,000 votes, or roughly 11 percent of the electorate that year.

“An overwhelming majority of North Carolina voters amended the state Constitution to require voter ID, and an unelected judge just suppressed their votes,” State Sens. Joyce Krawiec, R-Forsyth, and Warren Daniel, R-Avery, said in a joint statement Friday. “The bill to implement that amendment was passed by a bipartisan supermajority and was even sponsored by a Democrat.

“It provides more ways to comply with the ID requirement than almost any state in the country, including issuing free IDs,” the statement said. “We urge the Attorney General’s office and the State Board of Elections to immediately appeal this decision, since this vote-suppressing judge won’t even permit the legislature to participate in the case and defend the law from this latest radical attack.”

In a statement, State House Speaker Tim Moore, R-Cleveland, said, “this last-minute attempt by an activist federal judge to overturn the will of North Carolina voters must be immediately appealed by the governor’s board of elections,” which is a defendant in the case.

The board is composed of three Democrats and two Republicans, all appointed by Cooper.

Jeff Hunt, a spokesman for the N.C. Republican Party, called the injunction “another example of judges legislating from the bench.”

“This action, if it is allowed to stand, will invalidate the votes of millions of North Carolinians who voted overwhelmingly to implement voter ID and strengthen the integrity of N.C. elections.” Hunt wrote.

Attorneys with the N.C Department of Justice represented the elections board in court to attempt to uphold the 2018 voter ID law. They argued that the mandate was improved to address previous concerns of bias and the plaintiffs failed to show it was enacted with discriminatory intent.

The department declined to comment Friday about a possible appeal as it awaits Biggs’ full order, said Laura Brewer, a spokeswoman for Democratic Attorney General Josh Stein. Biggs prevented Moore and Senate leader Phil Berger from officially entering the case, saying the board was making an adequate defense. 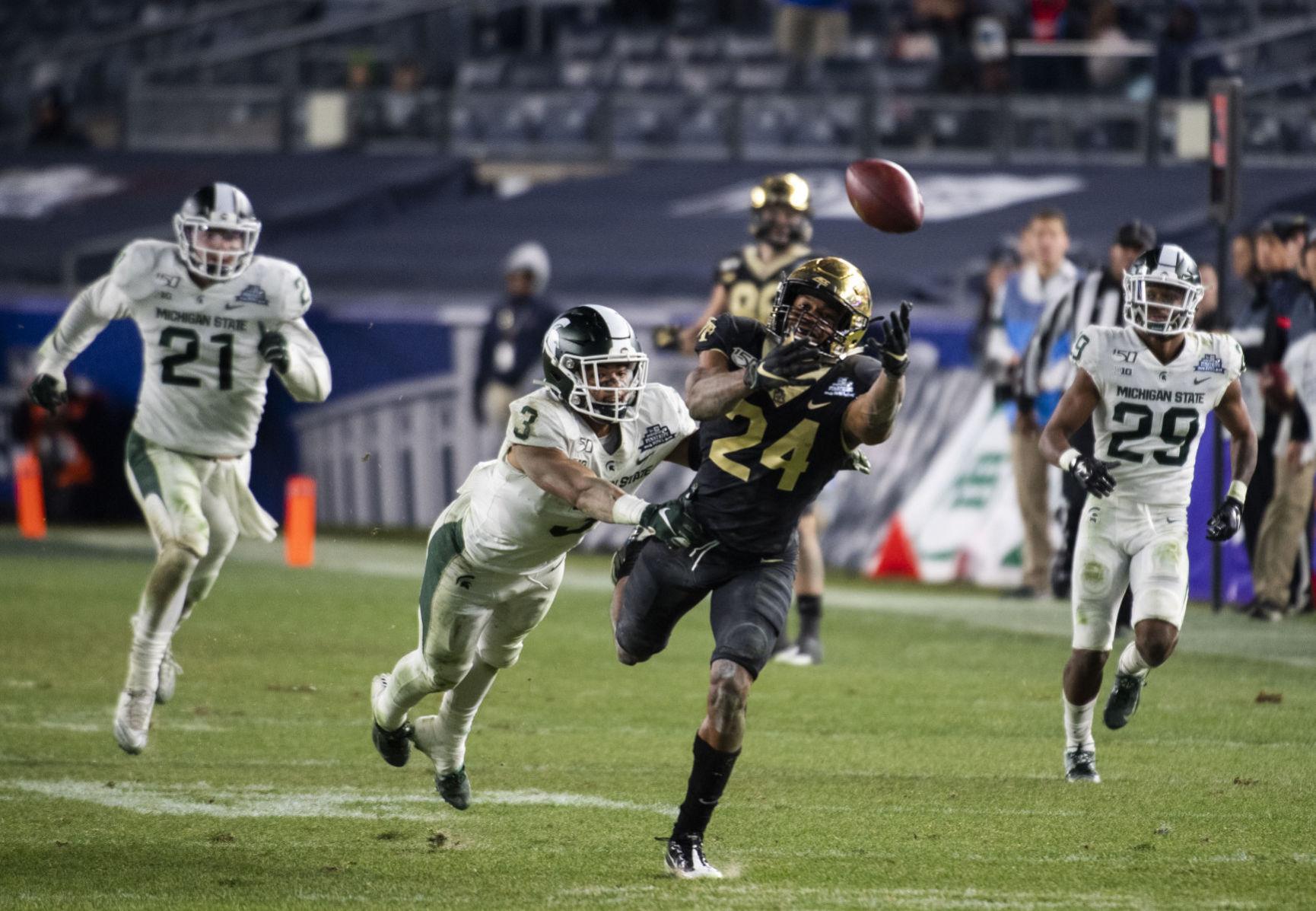 Michael Noble Jr./Special to the Journal

One West Fourth Building at the corner of Fourth and Liberty streets, as seen in January 2013. The building was sold for $26.67 million, considerably lower than when the property was purchased for $61.25 million in December 2012 and $67.2 million in January 2013.

One of downtown Winston-Salem’s signature buildings, One West Fourth Street, has new owners for the fourth time in nearly seven years.

One West Fourth, with 13 floors and 461,500 square feet in rental space, opened in 2002 and has the third largest Class A office space downtown. It also has nearly 2,200 parking spaces.

The ownership change involves affiliates of Nightingale Properties LLC of New York as the buyer and sellers, according to Forsyth County Register of Deeds filings Friday.

Among current tenants are Womble Carlyle Sandridge & Rice PLLC, Pike Corp./Stifel Financial and Stantec Consulting Services Inc. According to a SK Commercial Realty marketing brochure, the building has up to 311,900 square feet of available space.

Nightingale’s corporate office declined to comment on the transaction.

Officials with One West Fourth said in a statement the ownership change involved a recapitalization and refinancing of the property that includes a new loan provided by an undisclosed lender.

Peg Bowden of Nightingale Realty, senior property manager for One West Fourth, said in the statement that “this transaction exemplifies Nightingale’s commitment to the long-term success of this best-in-class property and Winston-Salem as a whole.”

One West Fourth is located in an “opportunity zone” for Forsyth County.

Opportunity zones, certified by the U.S. Treasury Department, are considered economically distressed census tracts for which investors receive benefits such as tax credits or other incentives.

All but one of the 11 Forsyth opportunity zones are in the central part of Winston-Salem.

One West Fourth is the only North Carolina property owned by Nightingale, according to its website.

The Starwood affiliate owned the building for just 33 days after purchasing it in December 2012 for $61.25 million from Wells Real Estate Investment Trust II — One Glenlake LLC of Norcross, Ga.

A Catawba County woman gave birth to a baby girl five days after suffering what doctors described as a rare type of heart attack.

The condition occurs when the lining of the artery starts to tear and unravel.

Cardiologists at a Hickory hospital performed emergency stenting on Little’s left main coronary artery. However, Little sustained a cardiac arrest during the procedure and officials decided to send her 73 miles east to Wake Forest Baptist in Winston-Salem.

“About two-thirds of her heart muscle had been jeopardized, which created a lethal condition,” said Dr. Michael A. Kutcher, a professor of cardiovascular medicine at Wake Forest Baptist.

“We knew we had two lives in our hands — mother and baby — and both had just gone through a heart attack and cardiac arrest,” Kutcher said.

Kutcher and a team of cardiology and high-risk pregnancy experts then determined the best course of action.

The team decided that the right approach would be to perform a cesarean section on Little in a lab where doctors could perform advanced cardiac intervention if Little had a cardiac arrest during the delivery, Wake Forest Baptist said in the news release.

On Nov. 8, Little gave birth to a healthy baby girl without any cardiac events for either her or the child. They have returned home, and doctors say they are doing well.

“There were a lot of people in that room to make sure Nova and I were safe and made it out alive, and I will never forget how well everyone worked together,” Little said. “Everyone on the team involved me and my family every step of the way. I am amazed at how everything came together and fit like pieces in a puzzle.”

The cardiologists who treated Little got the opportunity to hear a newborn baby cry, Kutcher said.

“I am sure that everyone involved will remember this moment for a long time,” Kutcher said. “It was very special to be part of a team that helped bring a new life into the world, safely, under dire circumstances.”