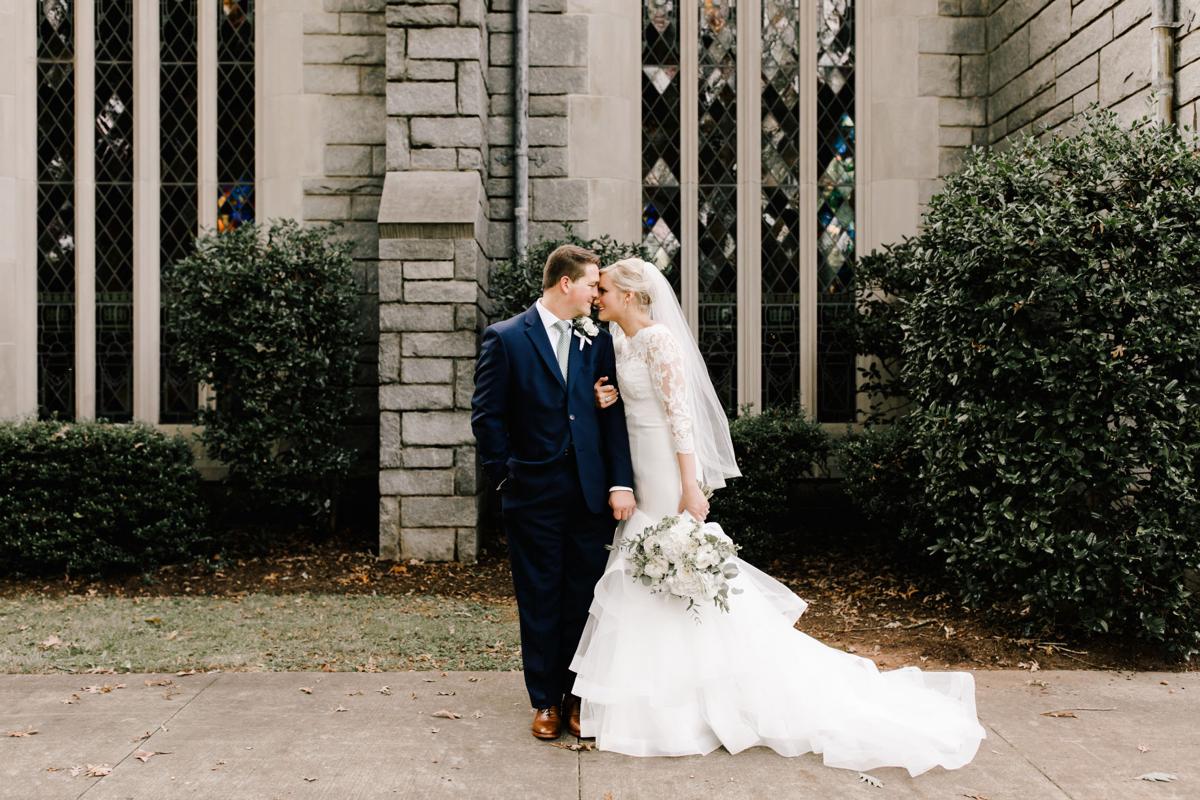 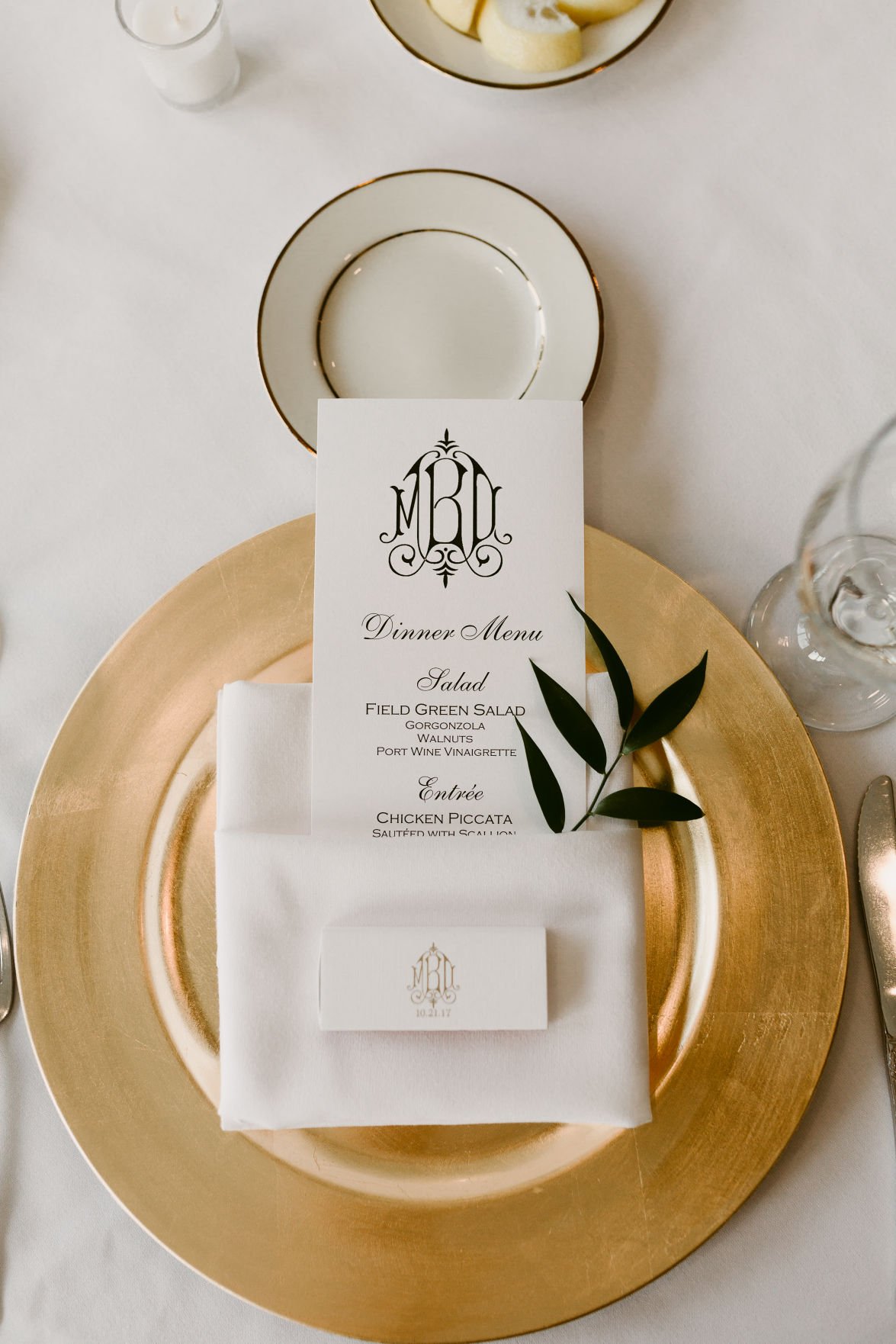 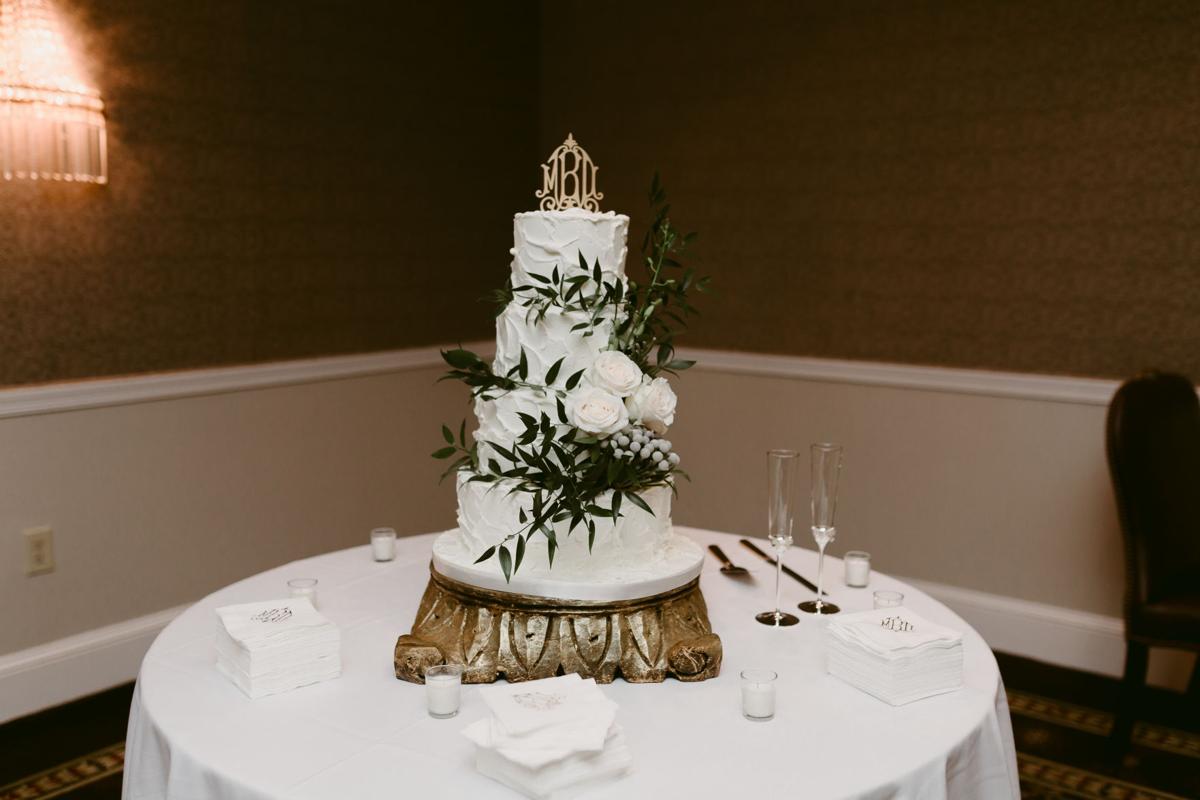 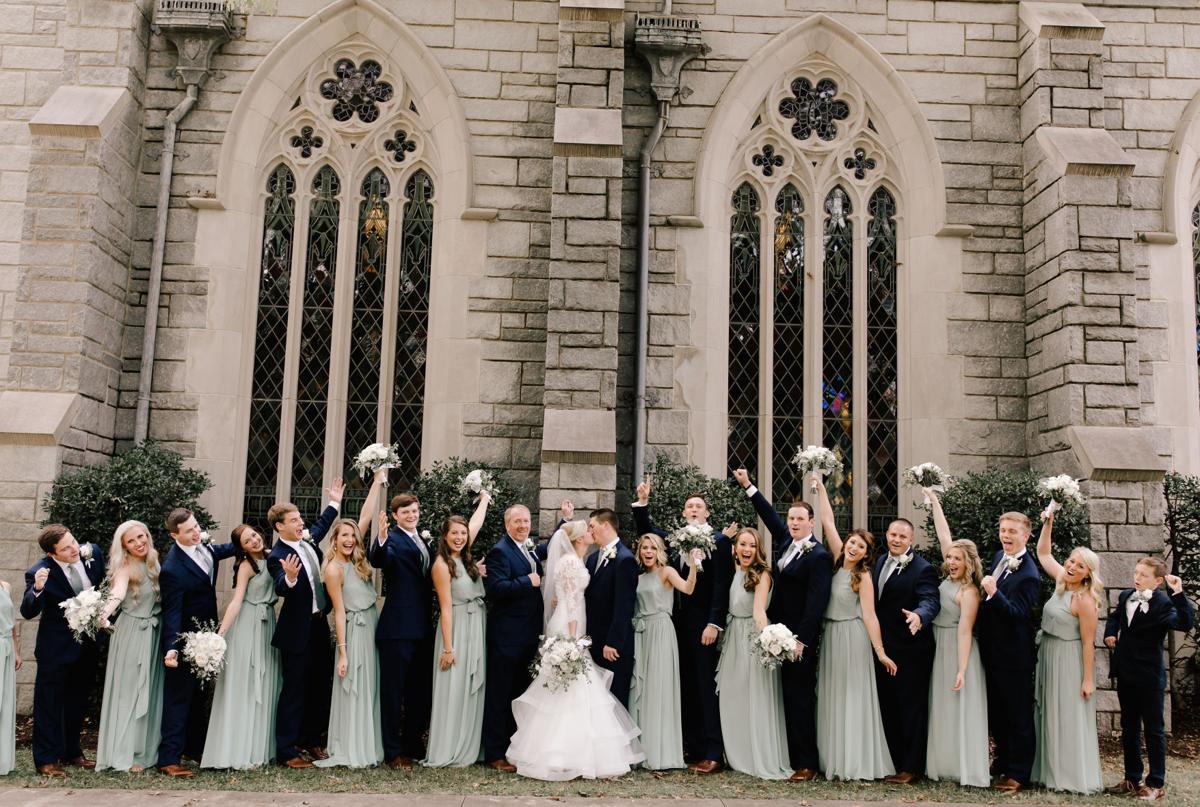 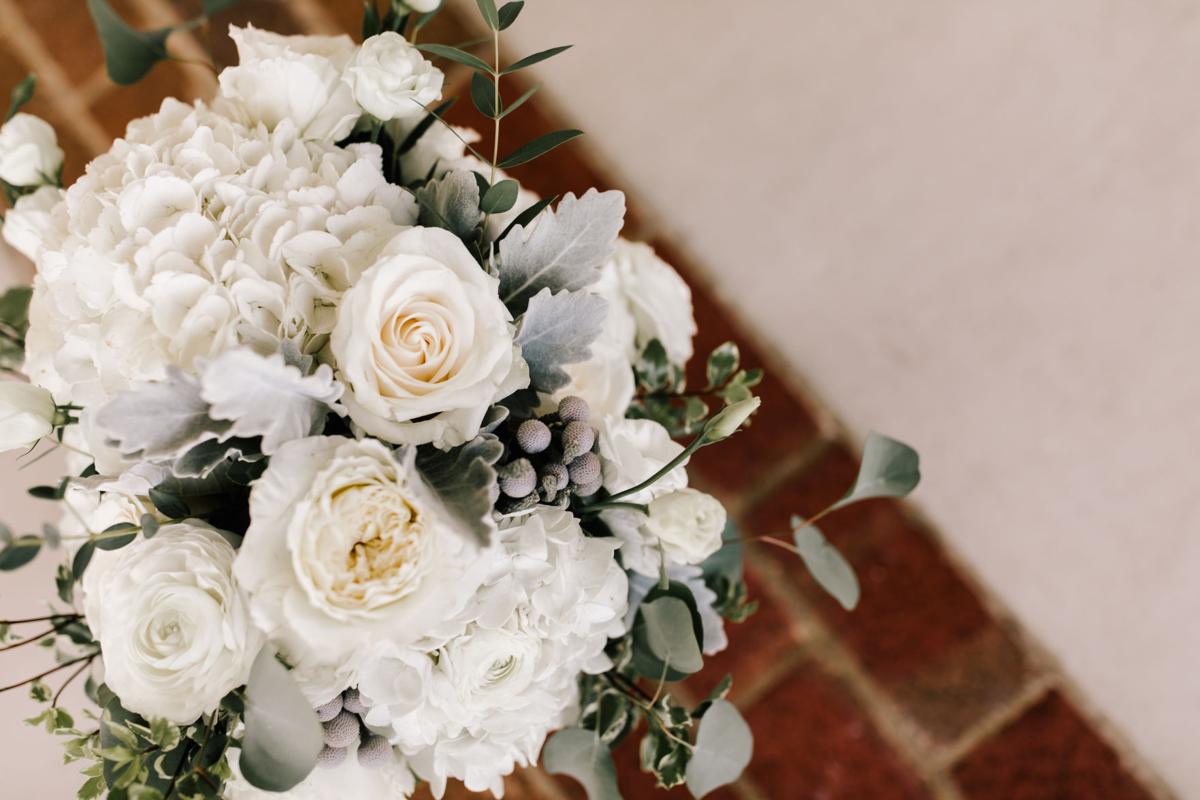 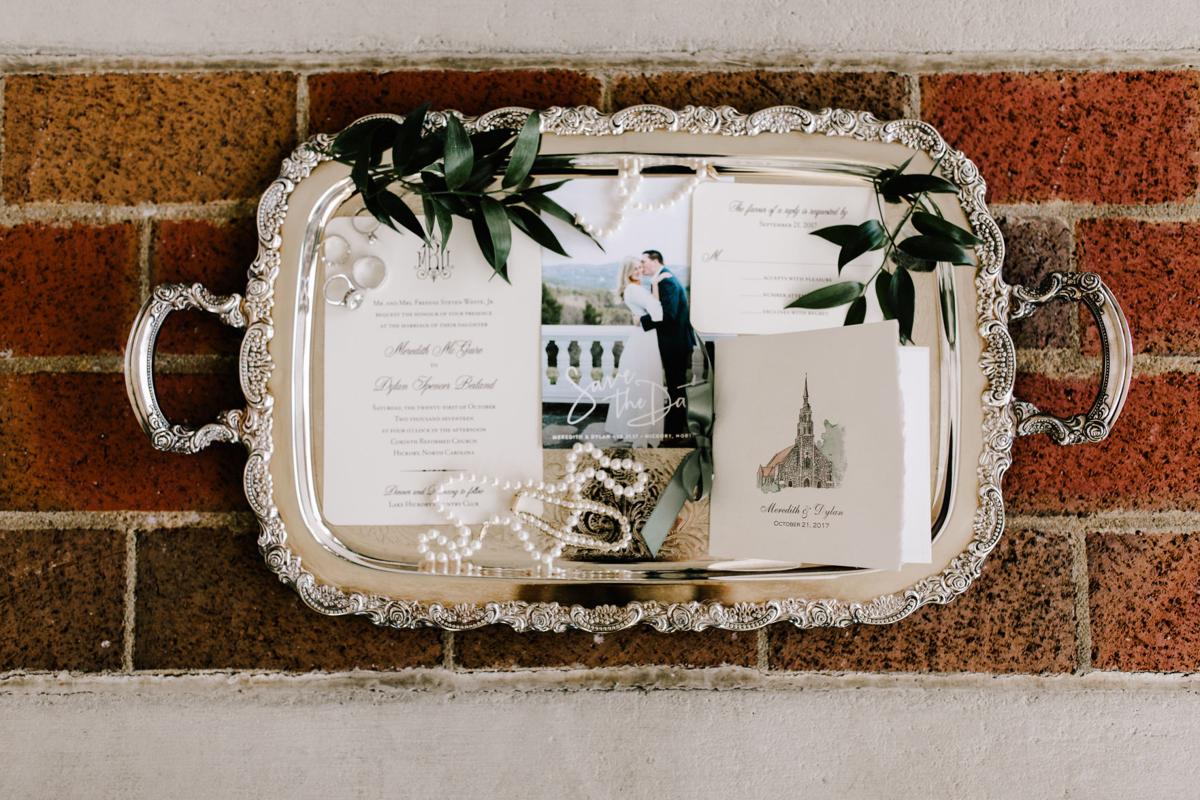 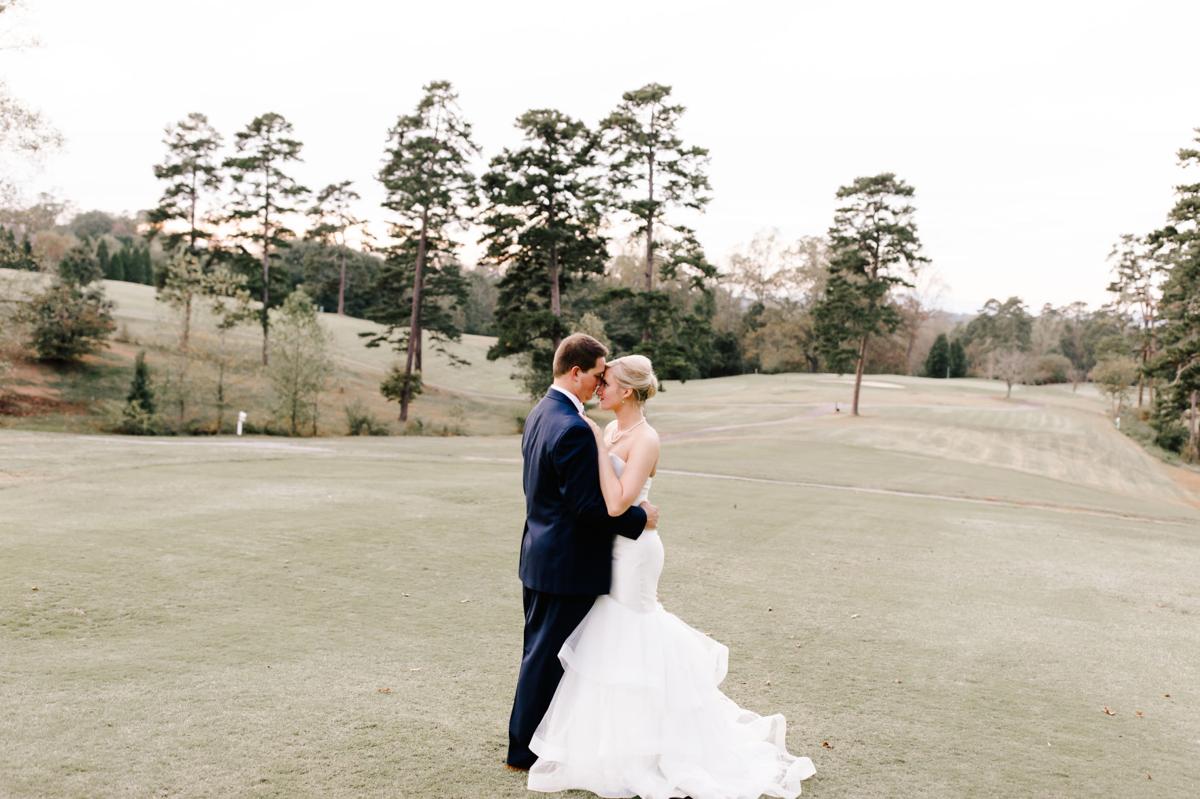 A bride with a college degree in hospitality can be counted on to plan a memorable wedding. Meredith White had completed a college internship at the reception venue. Meredith’s executive role in her college sorority, Kappa Delta, also sharpened her organizational skills. But the wedding might not have happened at all, had a shy teenager not sent a Facebook message to a girl he saw on TV.

Dylan Beiland happened to see a commercial for Steve White Motors, an auto dealership in Hickory. Steve is Meredith’s father, and though Meredith was only a junior in high school at the time, she was already appearing in his TV ads. Although Dylan had never met Meredith, he sent her a message on Facebook, which simply said “hey ur cute.”

This was in 2011, before high-schoolers had moved to Snapchat and Instagram for socializing.

“I guess if someone did that now, it would seem creepy,” Meredith says, adding that she was impressed back then. To be safe, she developed a yearlong friendship online before she agreed to meet him in person, with her parents’ permission. She learned that Dylan was somewhat shy, and it took a lot of courage for him to send the message.

Their first date was in 2013, when they were high-school seniors. Although they attended different high schools, they became inseparable as their romance blossomed. That summer, Dylan worked at Lake Hickory Country Club, where Meredith and her family spent many hours at the pool.

During their senior year at Appalachian State University, in January 2017 they visited Biltmore House in Asheville. As they stood by the railing that overlooks the scenic house and grounds, Dylan got down on one knee and proposed.  “He knew how much I loved the place, and I had said I wanted to get engaged there. The proposal was a surprise, but, I was suspicious when we went there.”

The couple sat side-by-side during their graduation in May 2017 from Appalachian. Soon after, the planning intensified for the wedding Oct. 21.

Meredith used Excel spreadsheets to make wedding plans. The sheer size of the events, including a plated dinner for 350 people, made meticulous planning a necessity. The groom’s parents had nine siblings between them, and there were 10 bridesmaids and 10 groomsmen.

A college friend, Katie Mathewson from Near the Creek, created a watercolor image of the church for the front of the wedding program, and calligraphed the wedding invitations.

Meredith offered a suggestion for couples planning a wedding. Use a light pencil to mark a tiny number on the back of the reception response card, corresponding to a numbered guest list. In case someone returns a blank response card, without filling in their name, their identity can be matched with the number.

Meredith’s wedding dress story goes like this: “I didn't want strapless and I didn’t want a mermaid skirt, but I saw it ...” And that was that. Her dream dress was strapless with a mermaid skirt. She added a lace bolero to the dress, which was designed by Allure Bridals. The bridesmaids’ dresses required a detective-style hunt. The one Meredith chose was sold by BHLDN, a division of Anthropologie. The trouble was, stock was low. The persistent bride tracked down the manufacturer, Donna Morgan, and managed to find enough dresses in eucalyptus green to outfit all 10 of her attendants.

Dylan had choices to make as well. He insisted on navy suits for himself and his groomsmen. The groom’s cake was a snickerdoodle-flavored, which he enjoyed so much he had a similar one for his most recent birthday, Meredith said.

An artist was on hand at the reception to do a live painting of the event, which now hangs in the couple’s home. Meredith didn’t have a traditional bouquet toss at her reception, instead presenting it to the couple married the longest.

As the reception dinner and dancing was ending, the guests went outside to light sparklers for the couple’s departure. By chance, the song playing inside was “The Long Way” by Brett Eldredge. “We had done our first dance,” Meredith says, “But I grabbed his hand, and we had an unplanned ‘last dance’ before we went out.”

Meredith said that choosing a honeymoon destination was “very overwhelming” for her and Dylan. Living driving distance to the Charlotte airport meant they could travel to many Caribbean destinations. Meredith and Dylan wanted no honeymoon hassles. They chose direct flights that didn’t leave first thing in the morning, and flew to the Dominican Republic. They stayed at the Royalton, an all -inclusive resort in Punta Cana, to maximize relaxation time and minimize decision-making (royaltonpuntacanaresort.com).

Meredith considered employment elsewhere, but her father persuaded her to continue working at the automobile dealership. Husband Dylan works in the parts department. “My dad called me and promoted me from office manager to vice president.” Like the engagement, it was an offer she couldn’t refuse.