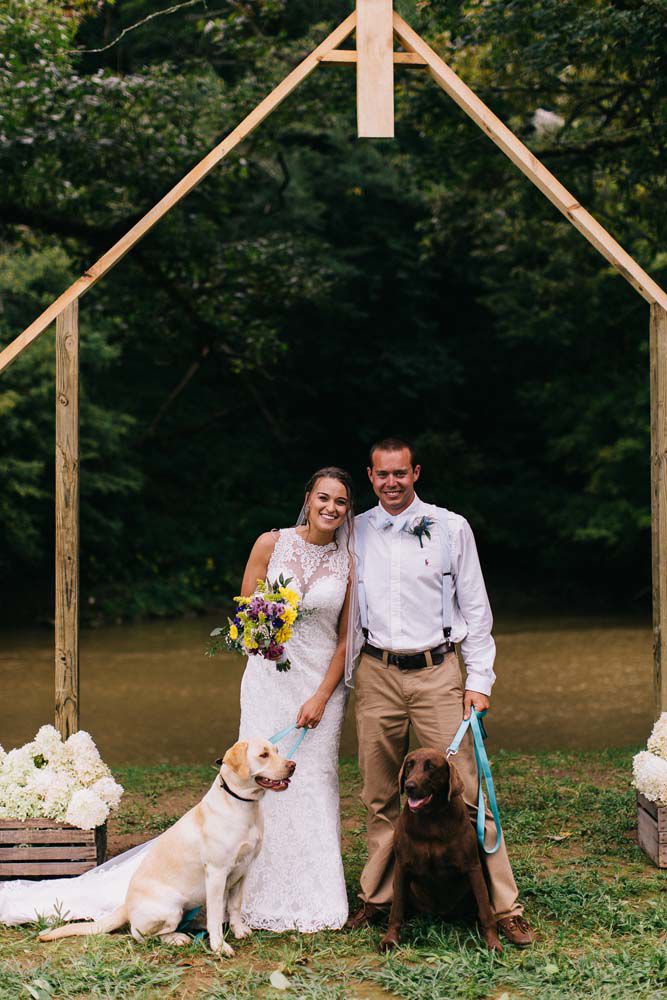 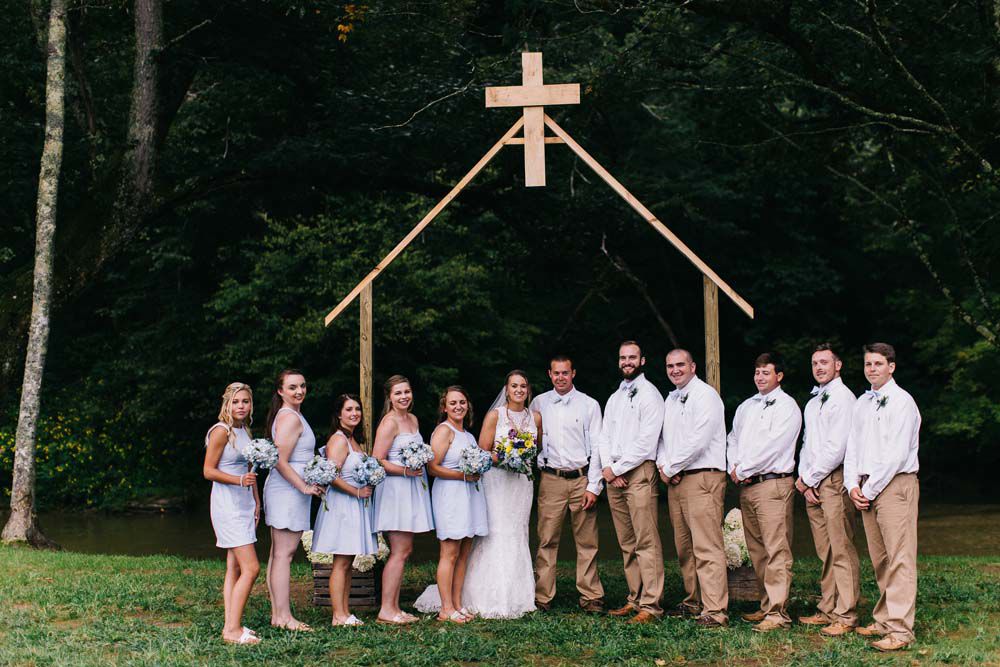 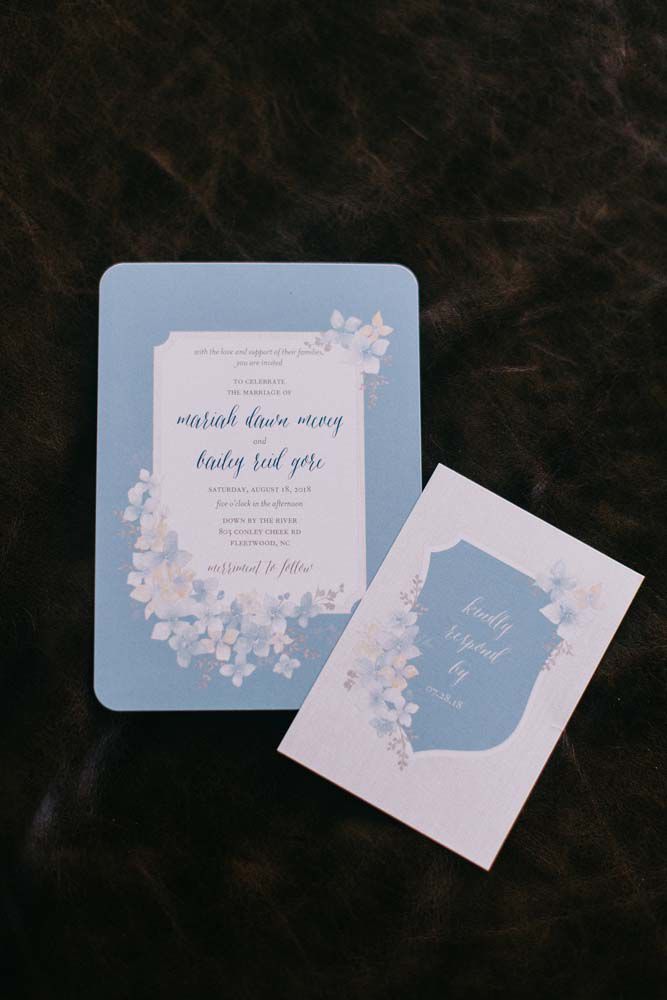 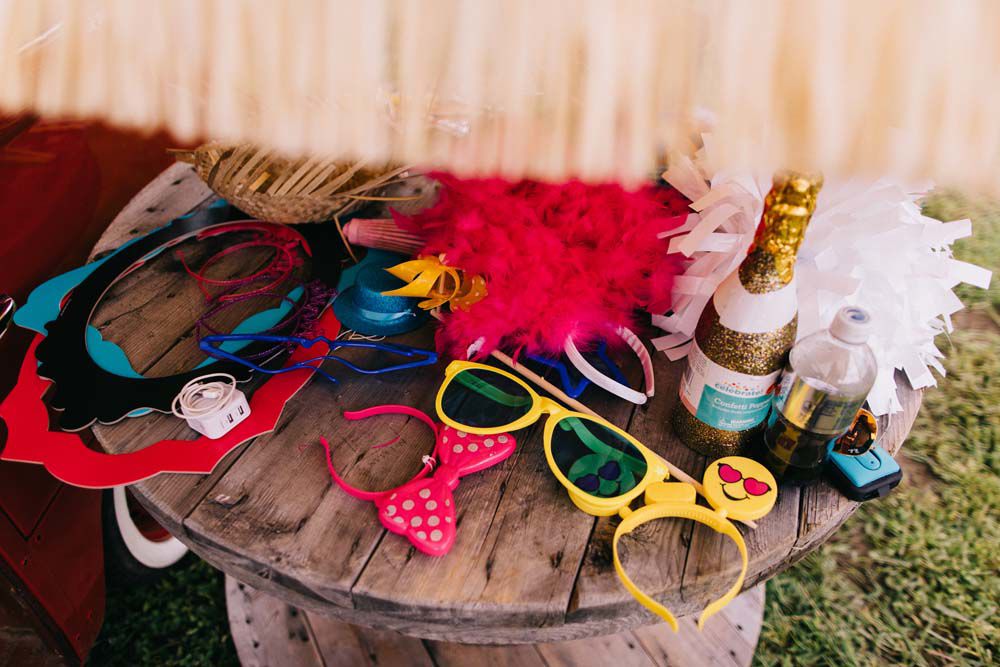 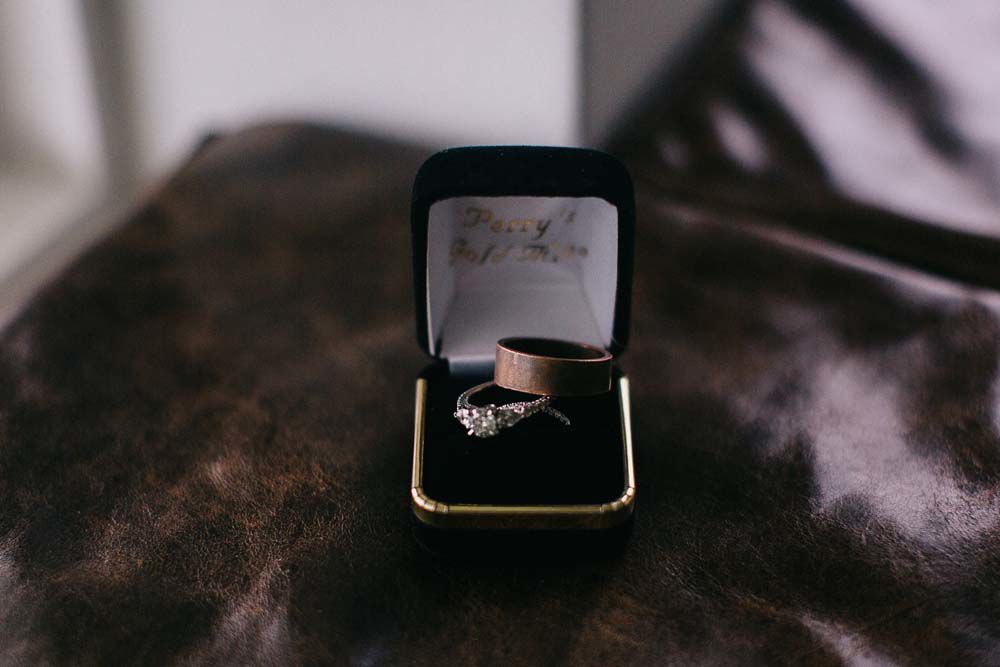 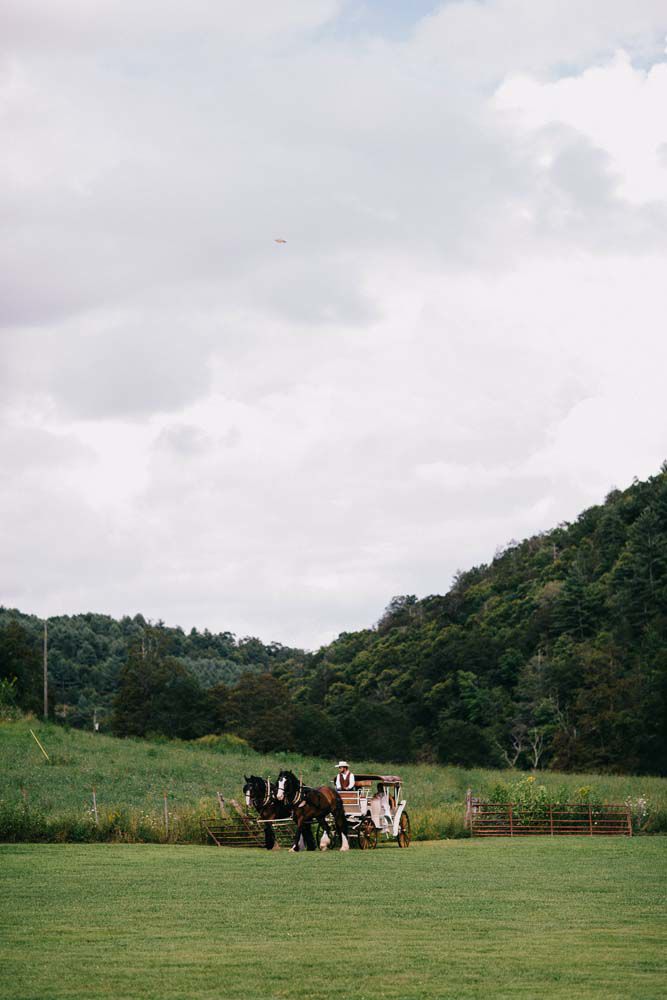 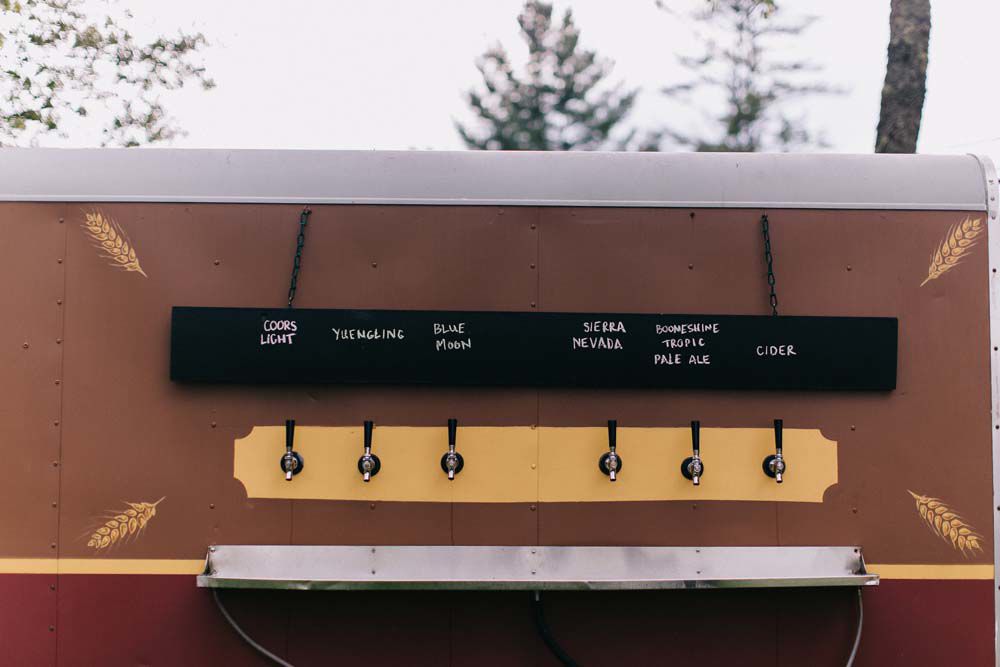 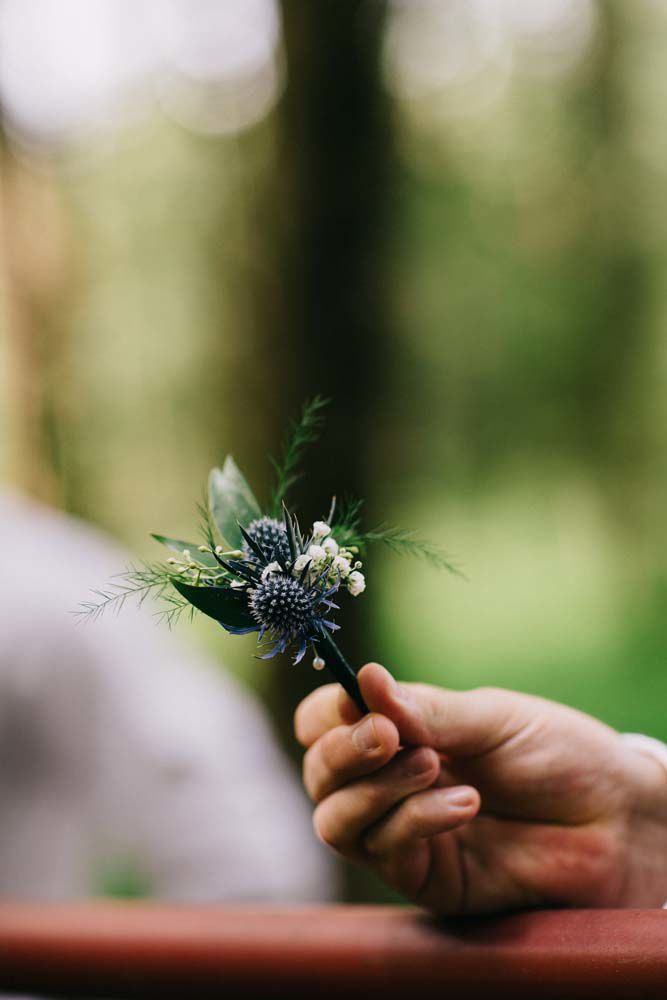 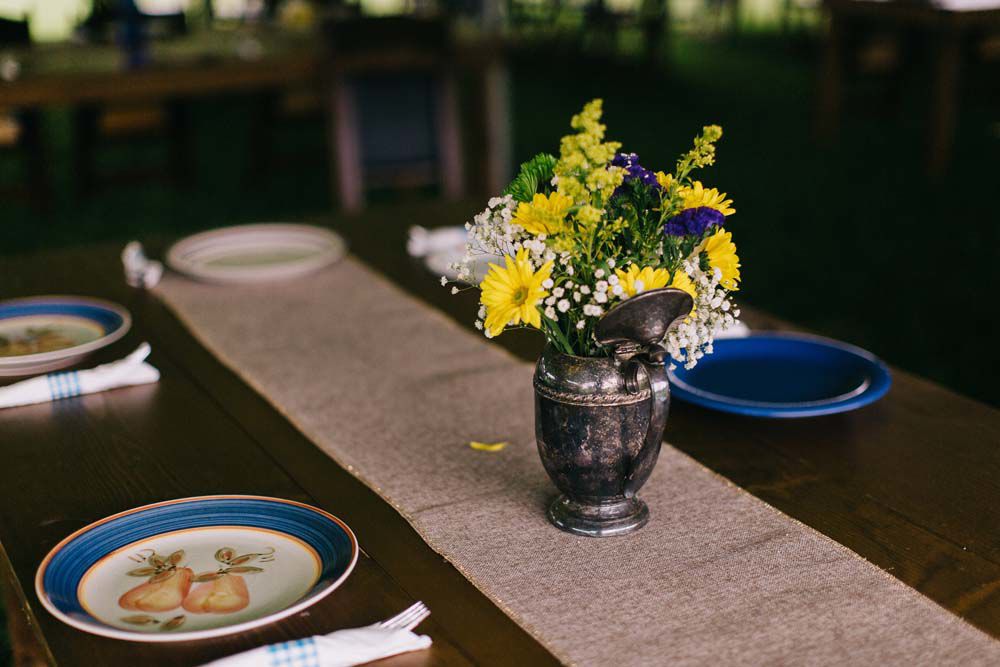 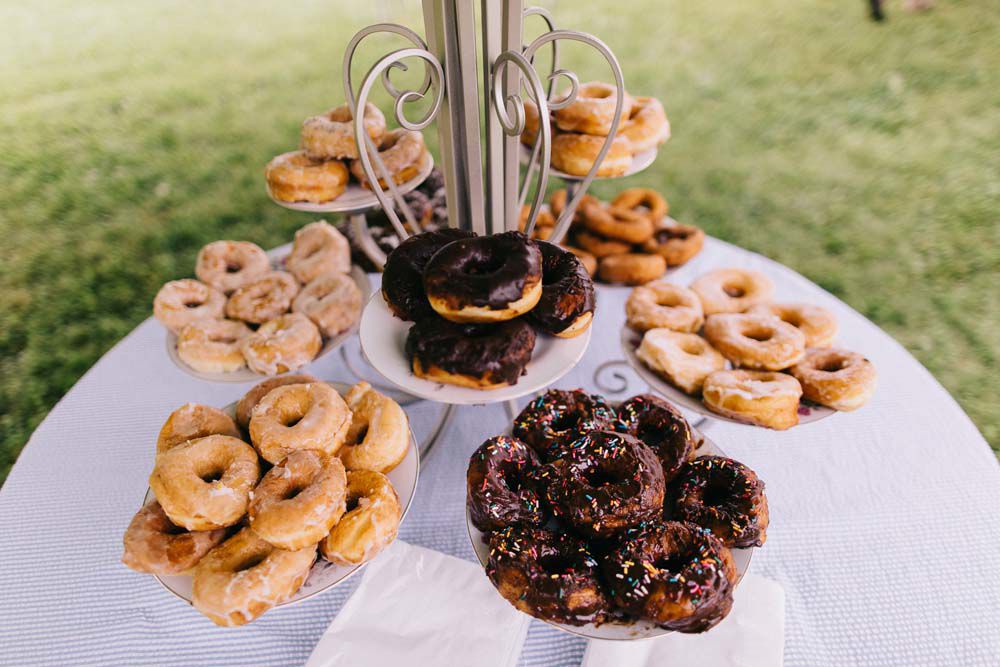 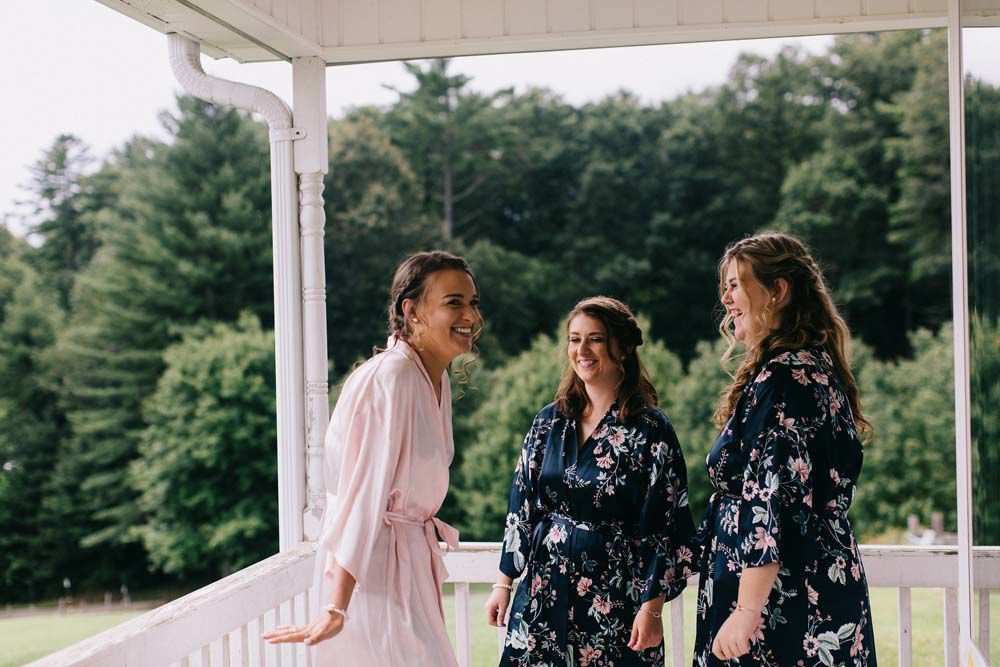 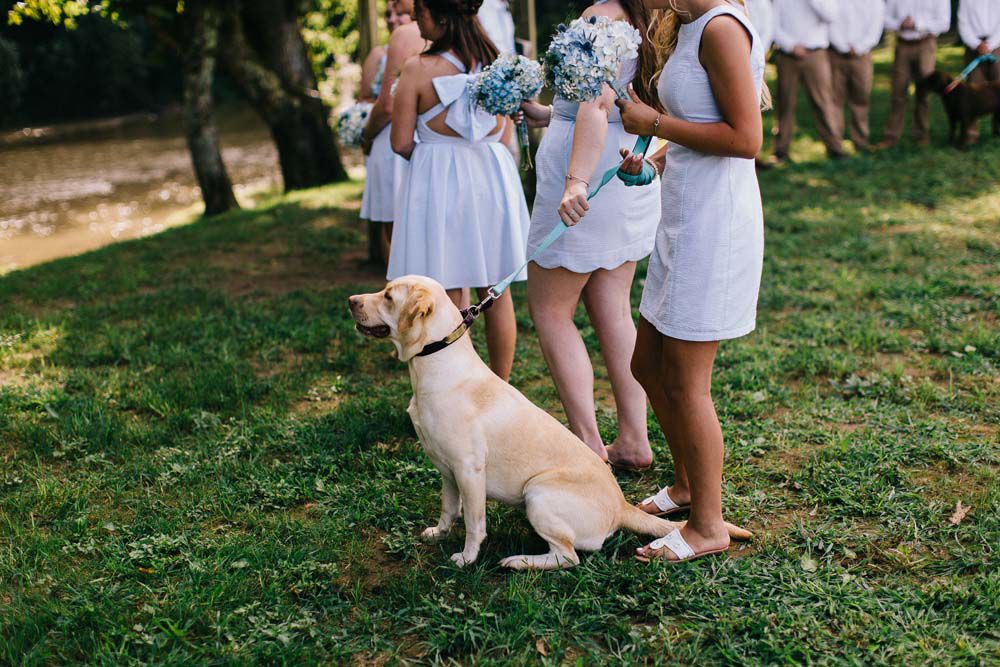 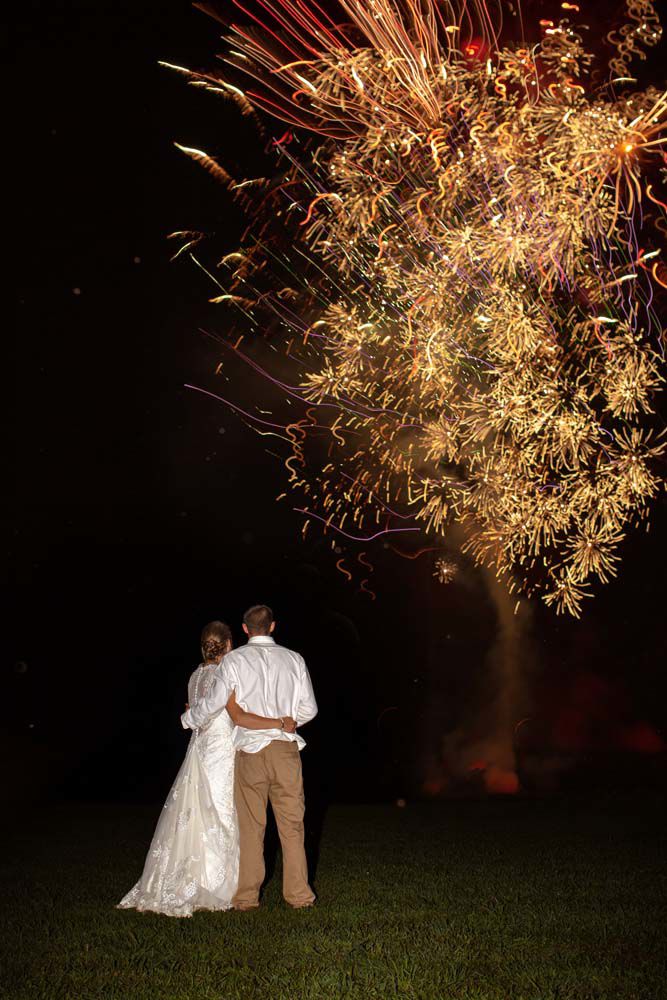 Diners generally leave Applebee's with leftover containers or to-go drinks. But after dinner with a group of friends, Bailey left Applebee's with a new waterski — and an unexpected affinity for Mariah.

Three years later, after working together at Appalachian Ski Mountain and other tourist locations, the two began to seriously entertain the idea of marriage, and on Jan. 10, 2018, Bailey pulled into an overlook on the Blue Ridge Parkway. But nothing about the proposal was out of the ordinary, says Mariah, 23.

“Bailey, bless his heart, tries so hard, but he’s not the most romantic person,” she says. “He pulled the ring out and said, ‘Do you want this now?’”

It worked for them. Wedding logistics, though, would be a whole different story.

Mariah’s father passed away in 2017, leaving her to seriously consider a wedding ceremony. Who would walk her down the aisle? What about her first dance?

It was a tough decision, but ultimately, the two decided to host family and friends for a wedding at Events on the New, an idyllic wedding venue situated on the South Fork banks of the New River in Fleetwood, N.C.

On Aug. 18, 2018, three hundred guests enjoyed a catered dinner by Dan'l Boone Inn, and libations of all types were served thanks to a beer tap trailer and homemade wine and corn liquor. Incorporating their love of the outdoors, Mariah arrived to the aisle on a horse-drawn carriage, and the two released doves in honor of Mariah’s dad. Later that day, We are the Hoffmans photographed the couple with their two dogs in front of the river.

As wedding favors, Mariah and Bailey, 26, gave their guests blankets, saying their guests “warmed their hearts by joining us, so we wanted to keep them warm.”

The night ended with couple and guests dancing underneath a fireworks display by JECO Pyrotechnics.

“Everything about our reception was extraordinary,” Mariah says. “The weather was perfect. The food and drinks were perfect. It made my heart swell with how loved we are.”

Both Mariah and Bailey felt a lot of love for each other, too.

“Seeing my bride walk down the aisle was great, “he says. “It rained all morning, and then as soon as Mariah started coming down on the carriage, the sun came out, and it stayed beautiful the remainder of the evening.”

FIRST DANCE SONG: “I Cross My Heart” by George Strait

SPECIAL TOUCH: Doves were released in honor of Mariah’s dad and a fireworks display ended the night.

ADVICE FOR BRIDES: “Enjoy the day. Don’t worry so much about talking to every single person that’s there, but enjoy being around all that has come. Every wedding doesn't have to be the same, make it your own, do what you want to do and not so much what the norm is.”

PHOTOGRAPHY: We are the Hoffmans