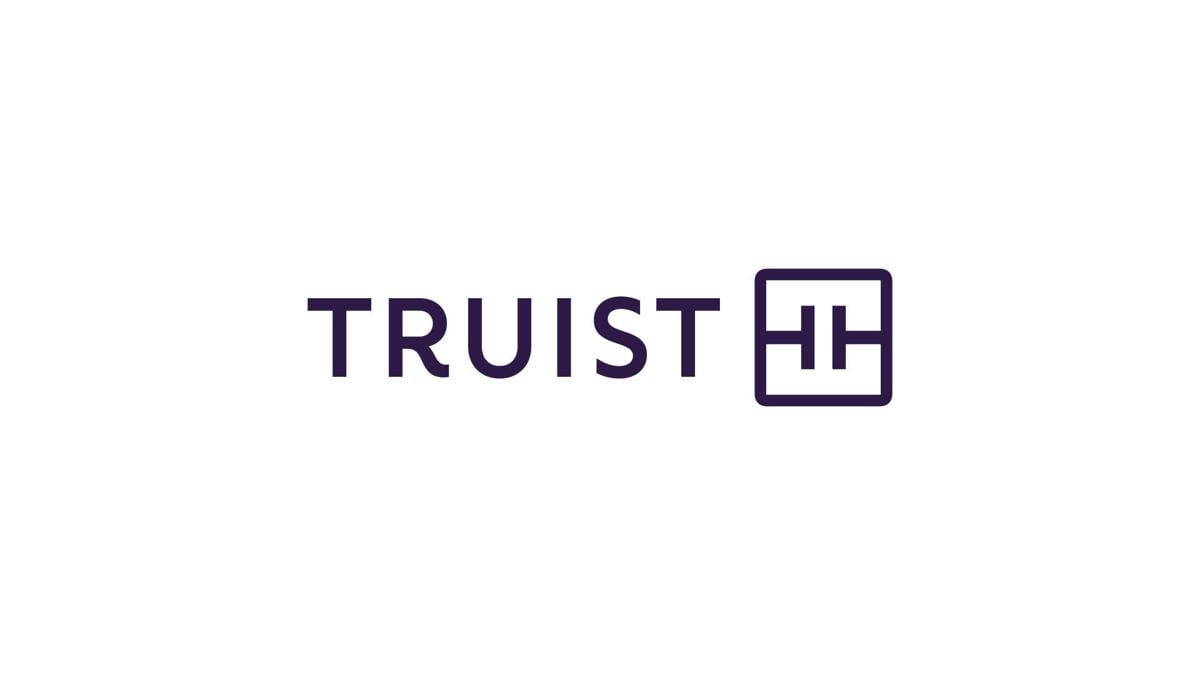 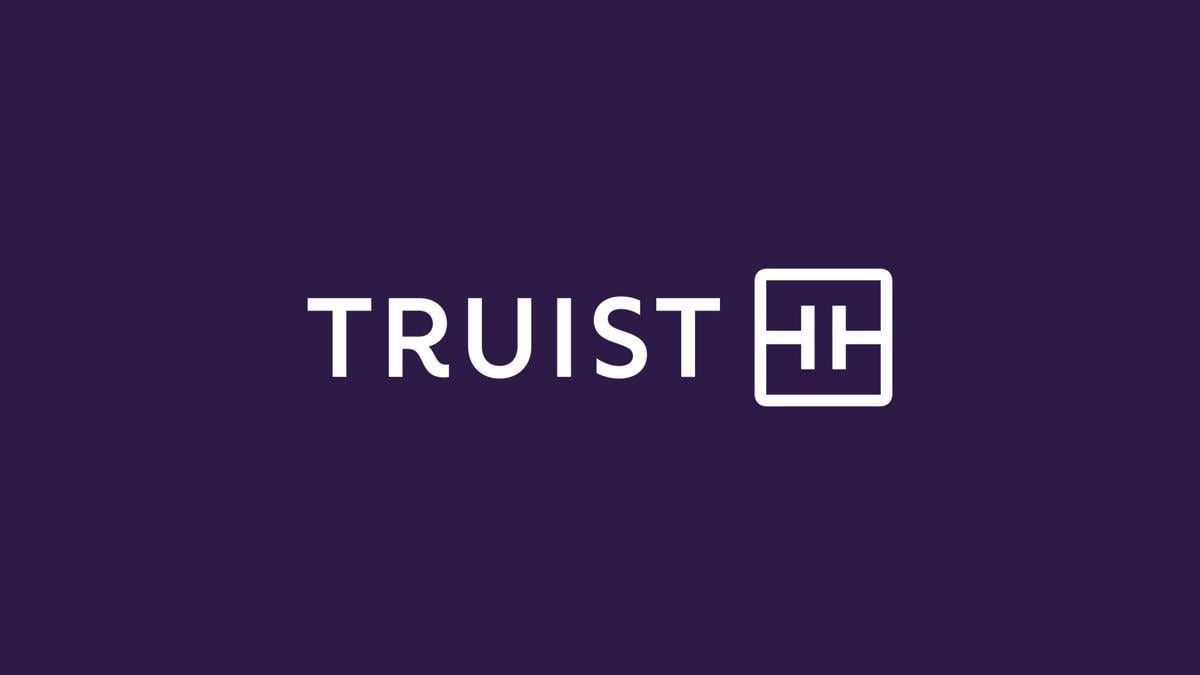 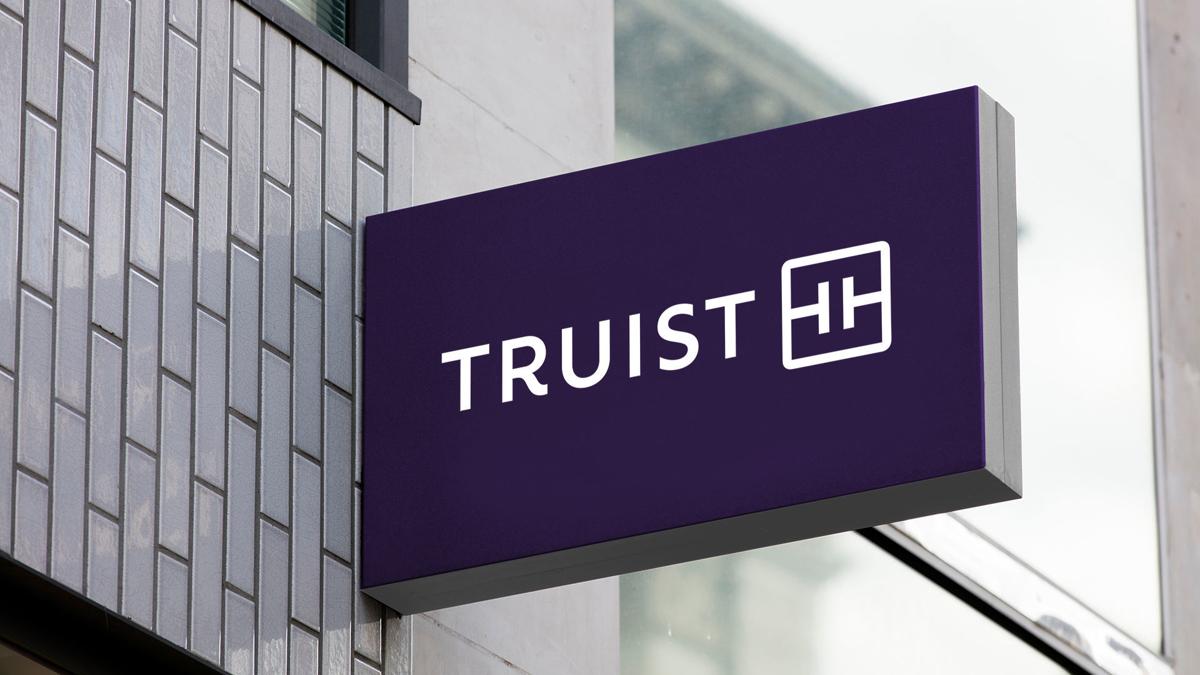 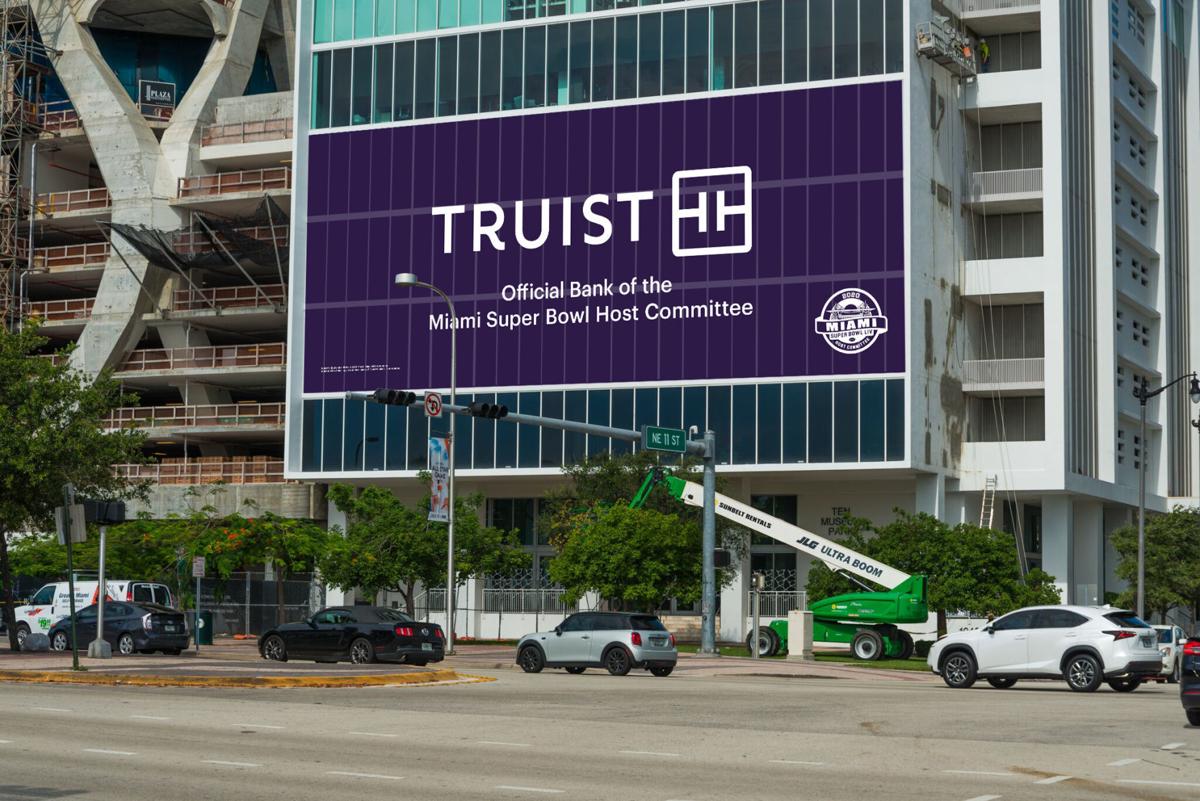 Truist Financial Corp. has unveiled a purple color scheme and a new logo for the merger of BB&T Corp. and SunTrust Banks Inc.

The Charlotte-based bank, which debuted Dec. 6, has its community bank/retail hub in Winston-Salem.

Truist said in a statement that the color purple and the new logo represent "a bold new look and feel ... a visual identity (that) further signals the company’s commitment to inspire and build a better future for clients and communities."

“Our visual brand identity speaks to the importance of human touch and dynamic technology in delivering trusted solutions to our clients, and is a powerful depiction of our commitment to building the future of finance," said Dontá  Wilson, chief digital and client experience officer for Truist.

Wilson said what the bank calls "Truist purple ... is the combination of BB&T burgundy and SunTrust blue.

The banks said the monogram "is made up of two T’s that mirror the Truist name and represent Touch + Technology."

“Our visual brand identity speaks to the importance of human touch and dynamic technology in delivering trusted solutions to our clients, and is a powerful depiction of our commitment to building the future of finance," Wilson said.

Truist said the logo was designed to be legible at small sizes and in digital interfaces for the name to stand out.

"Together with global brand consultancy Interbrand, Truist gathered input from its teammates and clients through focus groups, workshops and interviews as part of a rigorous and research-driven approach to develop the brand identity."

BB&T shareholders own 57% of Truist, and chairman and chief executive Kelly King assumed the same duties with Truist.

The color and logo represent the next step in rolling out Truist over a 17-state territory in the next 18 to 24 months.

Besides on the Truist website, the first main public display is set to be Tuesday in Atlanta when signs are switched from SunTrust Park, home of the Atlanta Braves, to what is expected to be Truist Park.

The bank plans a big public-relations splash as part of being the official bank of the Miami Super Bowl Host Committee.

Truist will serve as lead partner for the committee’s Hospitality House, which will cater to civic, corporate and NFL officials. The facility will be located directly next to Super Bowl Live, the week-long free festival for fans before Super Bowl LIV on Feb. 2. The festival will span six blocks of Miami downtown and feature concerts, games, food, NFL exhibits, demonstrations and other events.

As far as the Triad sports venues with BB&T as the title sponsor, Wilson said those changes will take place one-by-one during the integration period.

King was asked Dec. 8 whether Truist could succeed Belk to create a Truist Bowl and make a splash in Charlotte, gaining national recognition given the exposure on ESPN.

"I have become aware that the sponsorship is going to be available. It’s the kind of thing we would consider," King said. "One of the appealing things is that it is not a bowl about making money, but rather to support the local community outreach.

“As I understand it, the proceeds of the bowl go back to the community like the (PGA Tour) Wyndham (in Greensboro, which BB&T has a prominent sponsorship role)," King said. "That’s the kind of thing I personally like, and you could see us getting more excited about things like that.

“If we happen to get some public relations benefit from it, that’s fine.”

Truliant Federal Credit Union is expected to file by Wednesday its legal response to the counterclaim submitted by the banks that formed Truist.

On June 12, the banks unveiled Truist Financial Corp. as the name for their combined holding company and Truist Bank as the retail brand.

An initial pretrial conference hearing is set for 9:30 a.m. Jan. 22 at the federal courthouse in Durham.

Truist said in its 28-page response, “by filing this lawsuit, plaintiff Truliant ... is improperly (attempting) to monopolize the common term ‘Tru-.’

“But the truth of the matter is that no one can exclusively own the term ‘Tru.’ “

Truliant requests that Truist be prevented from moving forward with marketing Truist at retail or online sites, including applying for Truist trademarks.

BB&T applied June 11 for five sets of trademarks with the U.S. Patent & Trademark Office. The last update on the agency’s website is a request made Sept. 6 to BB&T for more information on the application.

Truist said Truliant filed its lawsuit before Truist had unveiled its logo, signage and color scheme.

Truist said in its response that it has provided those marks to Truliant under a non-disclosure agreement.

“The marks — as actually used in the marketplace — could not be more dissimilar, not only in terms of appearance, sound and meaning, but also logo, color scheme, design and stylization,” Truist said. “There is no risk that anyone would confuse these marks in context in actual marketplace use.”

Truliant wants any Truist-branded products to be destroyed. Truliant also wants to be awarded any profits made via the Truist brand as compensatory monetary damages, as well as requesting punitive damages.

Meanwhile, Truist wants the federal court to dismiss the Truliant complaint with prejudice, meaning it can’t be re-filed. It wants the court to declare that Truist is not infringing on Truliant and that Truliant “does not own the exclusive rights to use the unregistered ‘Tru’ designations.”

Industry analysts have questioned whether there would be marketplace confusion considering Truist has $463.7 billion in total assets in its 17-state network.

By comparison, Truliant, based in Winston-Salem, has $2.6 billion in total assets as one of the largest credit unions in the Carolinas.

What do you think of the new Truist logo?