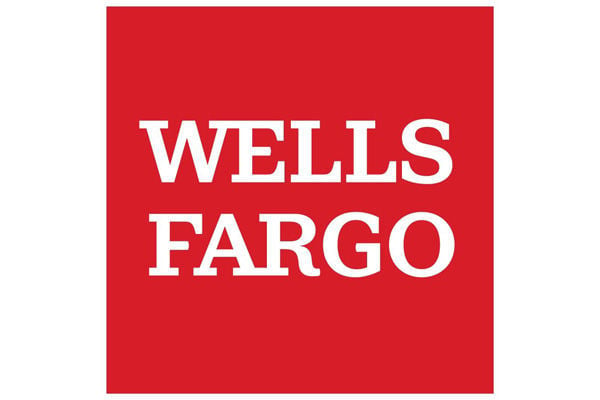 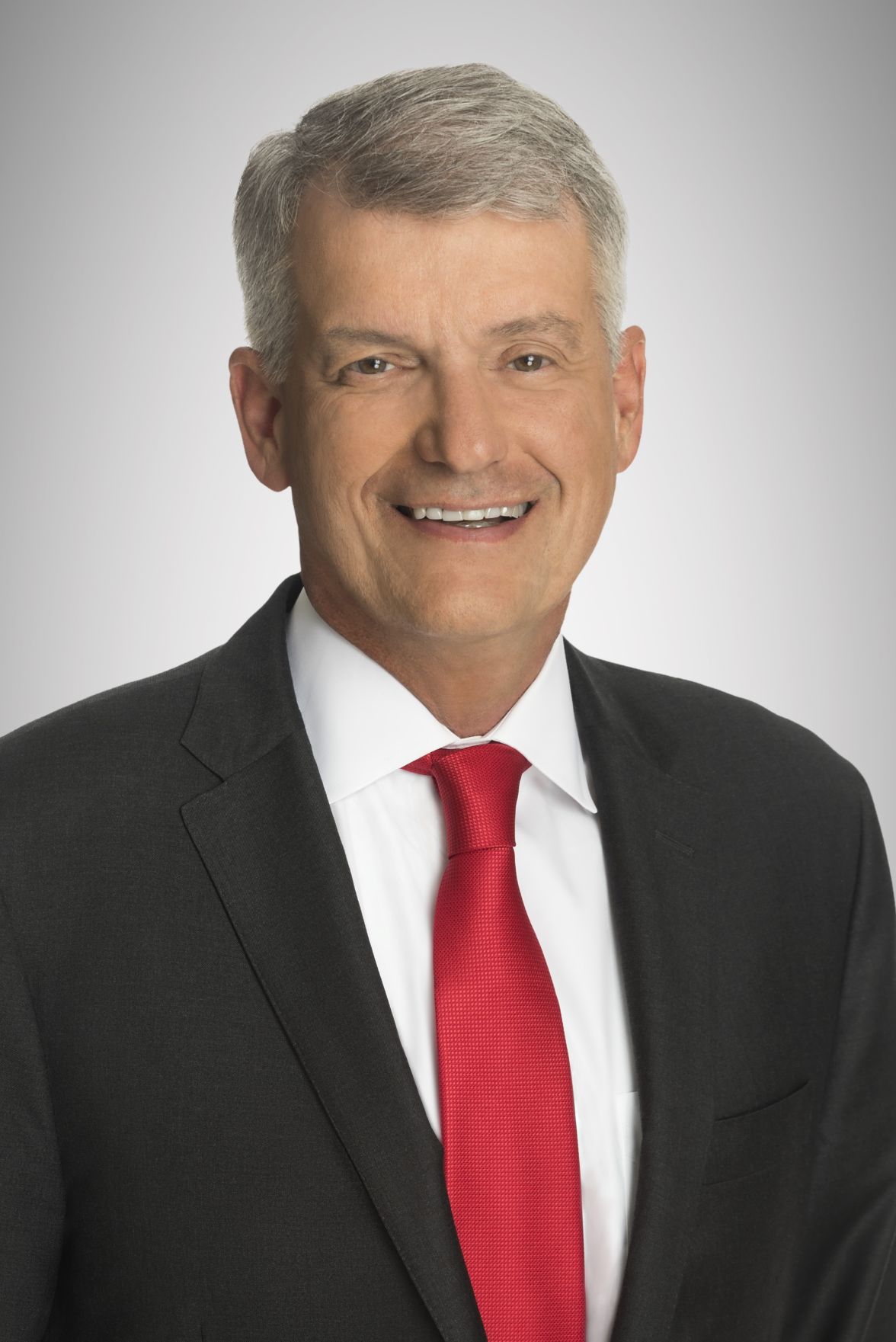 The latest mea culpa from Wells Fargo & Co. on its customer-account scandal, released last week, represents another attempt at “rebuilding trust with stakeholders and transforming the company.”

However, the 103-page report may serve as much to galvanize the bank’s critics as to improve confidence in the bank, its management team and board of directors.

On Sept. 1, 2017, the bank confirmed that at least 3.53 million checking and credit-card accounts were affected by the scandal. The bank has said it cannot rule out that 38,722 unauthorized customer accounts were established in North Carolina and 23,327 in South Carolina.

The latest report is a fulfillment of the pledge by Wells Fargo’s board and management to shareholders led by the Interfaith Center on Corporate Responsibility.

The scandal, which surfaced in September 2016, has stained the bank’s reputation since. It led to the retirement of John Stumpf as chairman and chief executive just a month later after heated cross-examination before the U.S. Senate Banking Committee.

The bank’s Business Standards Report is titled “Learning from the past, transforming for the future.” It details steps the bank has taken “to address causes of past issues and provides updates on the company’s businesses, practices and progress on its six (rebuilding) goals.”

The report did not include any new regulatory or legal developments.

The bulk of the report is focused on chapters detailing the bank’s culture, company goals, leadership and corporate governance, risk management, and stakeholder relationships.

It also touted the bank’s economic impact in terms of employment and lending. The bank has about 2,900 local employees and about 3,600 employees in its 32-county Triad West region.

“A key part of our work has involved reviewing our businesses, functions, and practices; identifying the root causes of issues; making changes where needed; and — importantly — remediating customers for financial harm,” Timothy Sloan, Stumpf’s successor as chief executive, and Betsy Duke, the chairwoman of the bank’s board of directors, said in a joint message to stakeholders.

“We are putting the lessons we have learned into practice as we move forward,” they said in the message.

The Interfaith Center on Corporate Responsibility, a shareholder advocacy coalition, responded to the report by calling it “an important first step to bring much-needed clarity around past lapses and how they will be prevented going forward.”

However, center officials cautioned that “the company still has much work to do to redeem its credibility and restore customer trust.”

“This report has tremendous possibilities because it is a public acknowledgement by a major U.S. bank of its abuses of customers, team members and investors,” said Sister Nora Nash, a representative of the center.

The Committee for Better Banks, a pro-worker advocacy group, said that “we are skeptical” about how much the bank is embracing the changes cited in the report.

“We have heard from many bank workers who also question Wells Fargo’s commitment to fairness and transparency,” the group said. “Is Wells Fargo reformed or more of the same?”

The Business Standards Report follows up on an internal 113-page board review of the scandal that was released in April 2017.

The internal report determined that a willingness to put unattainable sales goals above customers’ financial well-being was at the heart of the rise and fall of Carrie Tolstedt, the head of the company’s community bank division.

Tolstedt was fired as the community bank’s head shortly after the scandal surfaced. The bank clawed back $67 million in earned and non-vested compensation from her.

Tolstedt was cast in the role of a manipulative manager “obsessed” with control. The board repeatedly claimed that it was ill-informed or kept in the dark by Tolstedt about the depth and breadth of the scandal.

“There is no evidence that Tolstedt showed serious concern about the effects of improper sales practices on Wells Fargo’s customers or that she initiated efforts to evaluate or remediate customer harm,” according to the board’s April 2017 internal report.

“The flawed perspective made it easy to undervalue the risk to Wells Fargo’s brand and reputation arising from the misuse of customer information and the breaches of trust occasioned by improper sales practices,” that report said.

The latest report pointed again to the company’s community bank division in acknowledging root causes for the scandal.

The initial regulatory body blow — of what has grown to be more than $3.6 billion in regulatory fines — came with the surfacing of the scandal. Wells Fargo said it would pay a combined $185 million in fines to resolve regulatory complaints.

The complaints — dating back to at least Jan. 1, 2011 — were that branch employees and managers opened more than 2 million unauthorized checking and credit-card accounts in customers’ names to meet sales targets of up to eight accounts per customer or household.

Stumpf testified to Congress that he learned of the sales practices in 2013 but didn’t present the information to the board until 2014. He said the bank did not consider the practices as a material financial concern, which would have required making a disclosure to investors in regulatory filings.

The board previously said it did not learn that 5,300 employees had been fired as part of the scandal until they were told as part of the regulatory settlements. Those employees were fired between Jan. 1, 2011, and March 7, 2016.

“As a result of our decentralization and lack of sufficient corporate oversight, we took too long to understand the seriousness and scope of the problems — so actions taken over the years to address the problems proved inadequate,” according to the latest report.

“We had performance management and incentive programs and a high-pressure sales culture in the Community Bank that drove behaviors that were both inappropriate and inconsistent with our values,” it said.

The lack of board knowledge about the retail bank scandal has been cited as indefensible by critics.

Brandon Rees of the AFL-CIO, a member of the Interfaith coalition, said that “thousands of employees lost their jobs as a result of Wells Fargo’s improper sales practices.”

Bowman Gray IV, a local independent stock broker, said in September 2016 that “with the compensation forfeitures being so publicly touted as a slap on the wrist, I suspect the board will wait and see if that is enough to quiet the public’s outrage.”

“Unless the board takes some drastic steps, the bank runs the risk of becoming the symbol of profits over people in the age of megabanks,” Gray said.

That symbolism has only grown in stature in the past 28 months.

The latest report determined that the board of directors’ “own actions could have been improved by challenging management to move toward the centralization of key risk and control functions earlier, insisting on receiving more detailed and concrete plans from management to address sales practices issues, and being more forceful with the chief executive to make leadership changes more quickly.”

As a result, the board changed the bank’s bylaws so that an independent board member serves as chair, as well as agreed to a board membership shake-up, which it called a “refreshing,” to bring new voices to the board.

Sloan has said, including in an April interview with the Winston-Salem Journal, that his focus has been on emphasizing the risk-management steps the bank has taken to resolve its regulatory and public-relations controversies.

Those steps include reimbursing and making whole affected customers and revamping the organizational structure while moving forward with improving internal and external controls and customer service.

“While we have more work to do, we are making progress in our work to build the most customer-focused, efficient and innovative Wells Fargo ever,” Sloan said in a statement.

To put those fines into perspective, the bank had net income of $5.71 billion just in the fourth quarter of 2018.

President Donald Trump said on Dec. 5, 2017, that he does not support easing up on sanctions and penalties against Wells Fargo related to the scandal.

The biggest shadow hanging over Wells Fargo is the Federal Reserve’s order, issued Feb. 3, 2018, that does not allow the bank to increase its total assets beyond the $1.93 trillion it had on Dec. 31, 2017.

Sloan said Jan. 15 that the cap will remain in place through at least the end of 2019.

“Clearly, the cap is hurting the bank — just look at its lack of revenue growth for evidence of the pain in the fourth quarter,” said Tony Plath, a retired finance professor at UNC Charlotte.

Fee revenue declined 14 percent in the fourth quarter to $8.34 billion. All seven major fee-income categories were down year over year. Perhaps most noteworthy was mortgage banking being down 50 percent, to $467 million.

“Before the regulators release the bank from its stay in prudential purgatory, Wells simply must make some real, sincere, substantive progress in stemming the tide of deceptive customer abuse that’s plagued the bank for nearly two years now,” Plath said.

“Until Wells stops making headline news with its continuing string of customers abuses, the revenue cap’s just not going to go away,” he said.

There was no immediate comment about the report from U.S. Sen. Elizabeth Warren, D-Mass. Warren has been a fiercely vocal critic of Wells Fargo and Sloan and has several times called for Sloan’s ouster, including personal appeals to Federal Reserve Chairman Jerome Powell. She also called for the bank to fire Stumpf.

Powell wrote that the asset cap will not be removed until the Fed approves the board’s remediation plans, the plans are implemented and an independent review of the improvements is done by a third-party group “to our satisfaction.”

CFRA Research analyst Kenneth Leon said the cap likely staying in place throughout the year “will put pressure on growing higher return loans and other assets.

There’s always a chance the cap could be lifted sooner, but the Fed review process is very rigorous for banks.”

Interfaith Center officials said “they hope the deep dive into the root causes of these scandals will fundamentally change the way the company views its responsibility to all its stakeholders, including its employees, customers and investors.”

That includes on-going issues with homeowner loan modifications, inaccuracies in car insurance and lines of credit to the gun industry.

The center also recommended that the bank “end its practice of forcing customers and employees into arbitration.”