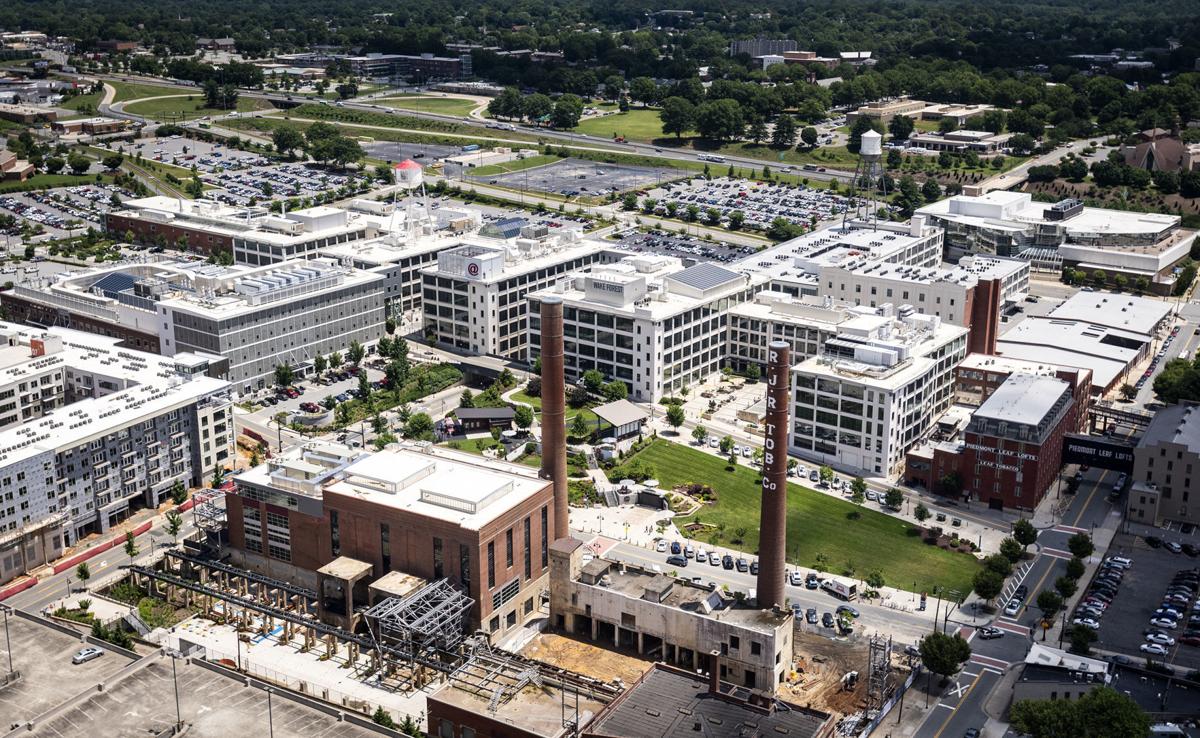 The Innovation Quarter in downtown Winston-Salem has decided it is ready to stand on its own, dropping Wake Forest from its name.

The 1.2-million-square-foot research park is governed by Wake Forest School of Medicine under the auspices of the university.

However, university officials stressed financial and infrastructure commitments will not shrink.

“We are excited about the future of Innovation Quarter and Wake Forest’s presence there,” university President Nathan Hatch said in a statement Thursday.

“Nothing about the new branding changes the commitments that Wake Forest has made to downtown Winston-Salem.”

Innovation Quarter, with an overall workforce of more than 3,400, has been ranked by Preservation NC as the largest historic redevelopment project of its kind in the state as well as among the largest involving major innovation districts in the country.

Counting the $65 million Bailey Power Plant renovations, the Link Apartments mixed-use project, $106 million Wake Forest BioTech Place, $75 million Inmar Inc. headquarters, and $60 million Plant 64 apartment complex, there has been more than $300 million in capital investment within the research park in the past 10 years.

“The Innovation Quarter name simply is a better reflection of the diversity of businesses, institutions and people that have become part of the district,” Hatch said.

The brand change reflects “an intentional self-assessment of where we are and where we want to go,” said Graydon Pleasants, head of real estate development for Innovation Quarter.

“The change is reflective of that introspection.”

Innovation Quarter officials said they are confident the shorter name will be distinctive among research parks.

The university filed a trademark with the U.S. Patent and Trademark Office for Innovation Quarter in December 2015, which was approved in September 2017.

A trademark request for Wake Forest Innovation Quarter was submitted in February 2013 and approved in June 2014.

“It was not necessarily the intent to affect a brand change with the filing of the Innovation Quarter trademark, but it just made sense to register both monikers,” said James Patterson, marketing and communications director for Innovation Quarter.

The marketing around the name change emphasizes Innovation Quarter providing a “pathway to innovation ... where anyone can find their spot to live, work, learn or play.” Local design firm Elephant in the Room assisted with developing the new branding.

The university played a founding role with Piedmont Triad Research Park in the early 1990s, as civic, elected and other local officials responded to waves of job losses in banking and textile and tobacco manufacturing.

By adding a recognized brand in Wake Forest, the hope was that the district would gain more external recognition for its emphasis on mixed-use, collaborative space, featuring retail and residential alongside recreational green space and community programming.

On Thursday, the university said trimming the brand to Innovation Quarter “better reflects the diversity of the companies, institutions, students and people living, working, learning and playing here.”

More than 1,100 employees from the university and medical center work in Innovation Quarter, along with Inmar Inc. having the largest private-sector employment base at about 950 in downtown and Rural Hall.

There also are more than 1,800 degree-seeking students between the School of Medicine and Wake Downtown, the university’s undergraduate presence.

More than 90 independent companies have operations in Innovation Quarter, along with Winston-Salem State University, Forsyth Technical Community College and UNC School of the Arts.

“The branding changes afford these institutions the ability to more easily embrace the name within their brands in an effort to continue to form collaborative partnerships,” the university said.

Wake Forest’s pledge to Innovation Quarter may be reassuring to the local community given the university, its health-care system and Atrium Health of Charlotte are preparing to unveil a partnership.

The groups have told bondholders they plan to disclose details by March 31.

The official message since the not-for-profits’ April 10 memorandum of understanding announcement is they are jointly “creating a next-generation academic health-care system” headlined by a Charlotte medical school campus debuting in 2021 or 2022.

Atrium management and board of commissioners, as well as Charlotte-Mecklenburg Hospital Authority’s board of advisers, toured Innovation Quarter facilities on Aug. 14 as part of their due diligence for the partnership.

Business North Carolina reported Wednesday that Eugene Woods, Atrium’s chief executive, said at its board meeting Tuesday that the not-for-profits now expect the Federal Trade Commission to make a decision by mid-2020 about whether it will approve the partnership.

“While the name is simplified to reflect an increasingly broad, inclusive and diverse number of tenants and institutions, our commitment to Innovation Quarter’s mission of driving economic growth and building vibrant community remains unchanged,” said Dr. Julie Ann Freischlag, chief executive of Wake Forest Baptist and dean of Wake Forest School of Medicine.

Innovation Quarter officials said the branding represents the first of a three-pronged initiative that includes developing innovation sectors within the district, and placing a “deeper focus” on the attributes of successful global innovation districts.

In June, the Innovation Quarter was selected as an inaugural member of the Global Institute on Innovation Districts — one of six chosen to serve on its initial steering committee. It joined Amsterdam, the Netherlands, Melbourne, Australia, New York, Pittsburgh and St. Louis.

Wake Forest Innovation Quarter was selected in part because of its “unique governance model, its partnership with local and state government entities and its work with developers, like Wexford Science + Technology, in leveraging historic (rehabilitation) tax credits to bring about adaptive reuse of historic structures.”

The branding change also is designed to “reflect the vibrancy of everything going on here currently — startups, concerts, major scientific research, food trucks, entrepreneurship — while also having an eye for the deep history and architectural identity that has existed here for decades,” said James Patterson, director of marketing and communications for Innovation Quarter.

Mark Owens, president and chief executive of Winston-Salem Chamber of Commerce, said downsizing the branding of Innovation Quarter “is the perfect visual representation of those collaborative ideas.”

I am pleased with this decision. I did not like seeing "Wake Forest Innovation Quarter" on the railroad overhead crossing when driving on Fifth Street. That name gave the impression that the entire area passed the crossing BELONGED TO and was ALL due to WAKE FOREST! The area belongs to the residents of Winston-Salem. Perhaps now all residents can be included in employment, living space and entertainment. By the way, there are never employment listings for the Wake Forest Innovation Quarter.

It is Inmar Intelligence, not Inmar Inc.