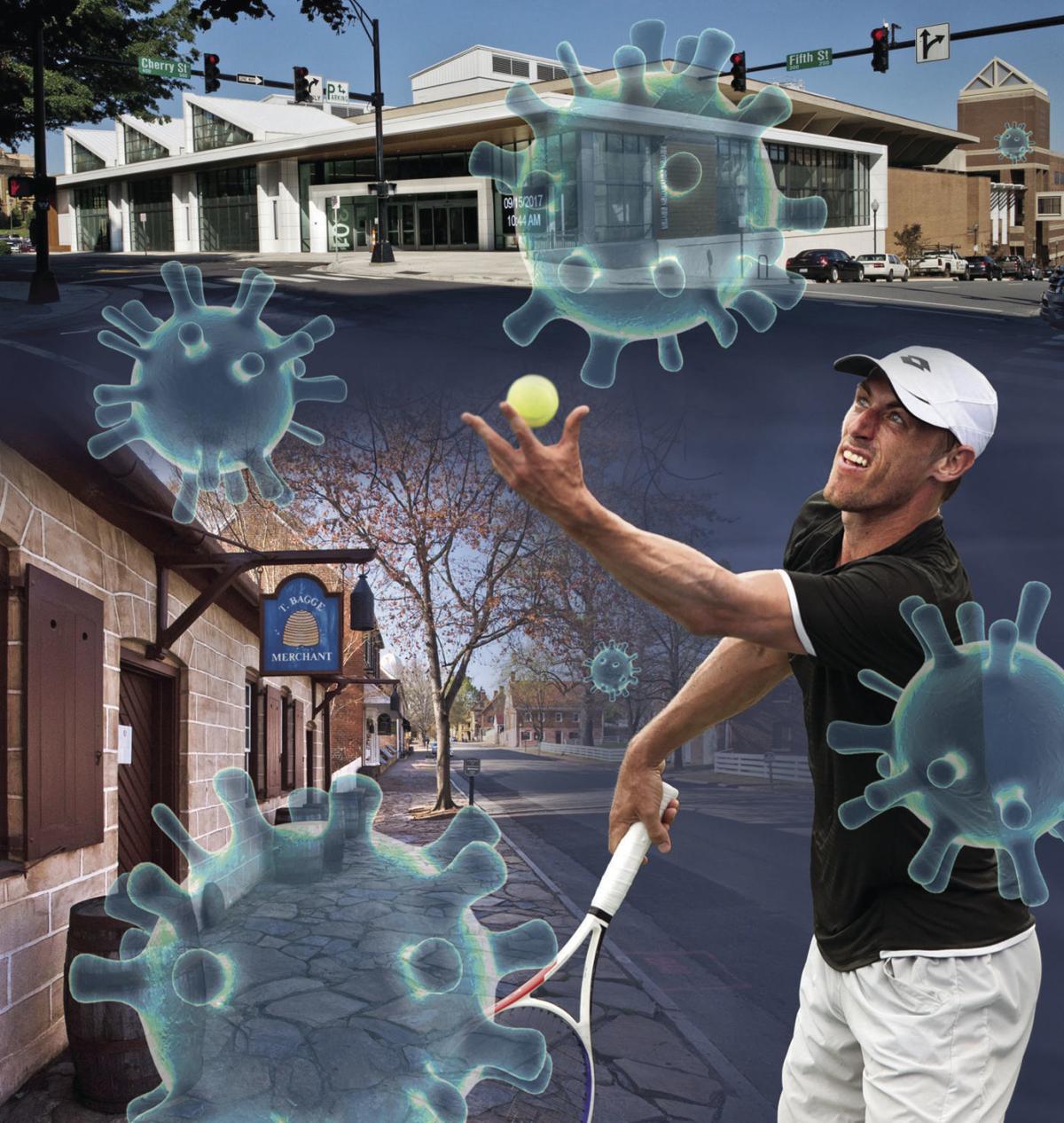 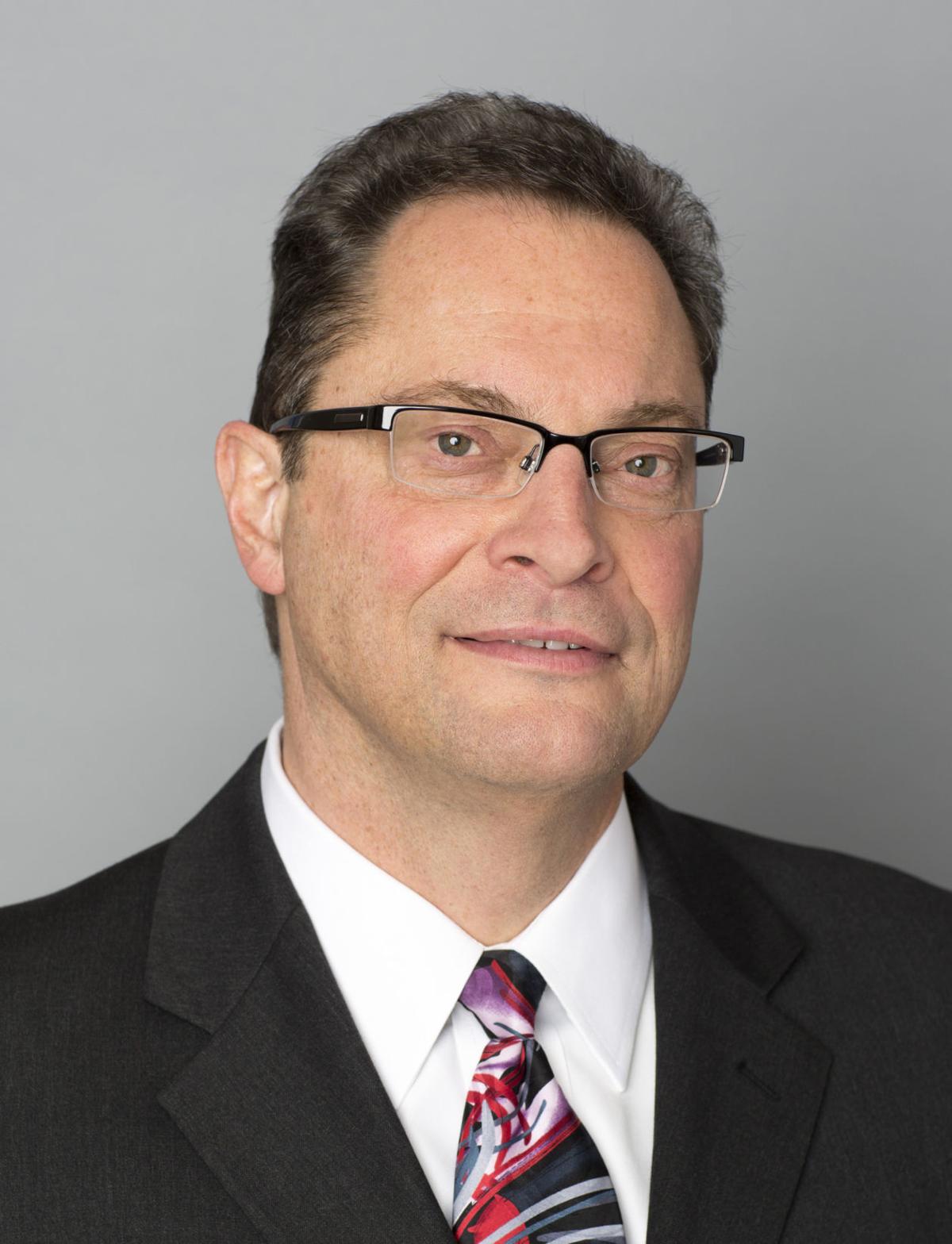 It took just three months of the COVID-19 virus to wipe out a decade’s worth of momentum in the Forsyth County tourism sector.

“In less than 90 days, we went from experiencing our strongest stretch of economic growth and executing our largest budget to developing a new sales and marketing plan with a 34% budget reduction,” Richard Geiger, president of Visit Winston-Salem, said at June’s Forsyth County Tourism Development Authority budget meeting.

The authority is the governing board for the visitor bureau.

The local tourism industry was coming off a fiscal 2019 in which it was projected to have surpassed the $1 billion mark in visitor spending for the first time, as well as approach a record 1.9 million to 2 million visitors. Visit NC typically provides in August county-level economic figures for the previous year.

Visit Winston-Salem entered fiscal 2019-20 with a record $4.85 million budget, of which $4.16 million was estimated to come from the county’s hotel occupancy tax.

The local tourism sector was basking in new and upgraded hotel properties, such as the downtown Courtyard by Marriott that debuted June 15, a $20 million makeover of Benton Convention Center, and rising attendance at arts, convention and sports events.

By comparison, the bureau’s budget was $1.8 million for fiscal 2009-10, as the region, state and nation struggled to recover from the Great Recession.

“Beginning in mid-March, Winston-Salem, like every place, experienced a steep decline in travel, and correspondingly we saw hotel occupancy and revenue plummet,” Geiger said.

“Restaurants, hotels, attractions and museums have all laid off people. And many restaurants have closed,.

“We haven’t been able to reopen Benton Convention Center and that is difficult.”

Officials with the nonprofit acknowledged they don’t know when it can reopen.

Before the pandemic struck here, Old Salem had almost 140 employees. In March, there was what was described as a layoff of 111 employees. The 33 people whose jobs went away permanently had been in that layoff.

Frank Vagnone, Old Salem’s president and chief executive of Old Salem, said “this step was made after extended and careful analysis by our leadership team regarding the on-going situation resulting from COVID-19 pandemic.”

“In the face of this uncertainty and absence of traditional walk-in and school tours visitors, it was determined that laying off these employees was necessary. These are our friends, and none of this is easy.”

Overall, leisure and hospitality employment in the five-county Winston-Salem metropolitan statistical areas is down 13,500, or 46%, from April 2019 to April 2020. The N.C. Commerce Department will release the May regional and county level employment reports today.

By comparison, the three-county Greensboro-High Point MSA is down year-over-year 21,800 leisure and hospitality jobs, or a 57% reduction.

Geiger said in May that tourism spending already had dropped at least $17 million from when the brunt of the pandemic began to be experienced in mid-March through April 30. That represented at least 40 cancelled conventions and sporting events.

Those losses don’t include the cancellation of the spring High Point Market, which tends to have a significant hotel and restaurant spillover into Forsyth from typically drawing between 75,000 and 80,000 attendees. It was the first cancelation since World War II.

The market’s solution for conducting a fall event is to have three three-day schedules: Oct. 13-15, Oct. 16-18 and Oct. 19-21 serving different regions of the country.

The local tourism sector doesn’t have the biannual National Black Theater Festival to provide its typical $7.5 million to $10 million spending boost during August.

Perhaps the biannual timing was fortunate in that it’s likely the festival would have been canceled anyway given travel restrictions and apprehensions, as well as Gov. Roy Cooper’s extended Phase Two’s steep restrictions on indoor mass gatherings.

Trying to find a glimmer of a silver lining, Geiger told his board that “while we are seeing some extremely modest upticks, we are at approximately half of the hotel occupancy we were at this time last year.”

Local hotels are reporting guests tend to be individuals affiliated with the health care industry, travel related to other essential businesses, and/or extended stay/project work.

“We remain optimistic this steady recovery will continue into 2021,” Geiger said.

Still, conventions and sports events, the revenue lifeblood of the sector, are fleeting, being rescheduled or cancelled well into the summer.

For example, the Winston-Salem Cycling Classic was postponed from late May to Oct. 3-4.

Don Flow, the Winston-Salem Open’s chairman whose Flow Automotive Cos. is the main sponsor, said that while he was disappointed in the cancelation, seeing pro tennis again (at the U.S. Open) “is good for everybody.”

“The idea some of the world’s best tennis players would be here and nobody could go watch was inconsistent with what we are about,” Flow said.

Geiger said Visit Winston-Salem is responding to the budget cuts by “strategically crafting a streamlined plan that continues to allow us to strongly promote Winston-Salem as an ideal destination for leisure travelers, sports organizers, and meetings and conventions planners.”

That is, when those individuals feel free to plan such activities.

Instead of offering between $31,000 and $82,000 in annual funding for local arts and events sector, Visit Winston-Salem has suspended the program for 2020-21.

Geiger is hopeful that once stay-at-home orders are lifted, Winston-Salem could benefit from “consumers already saying they have a pent-up demand to travel.”

Visit Winston-Salem plans to launch today its “Travel back to Winston-Salem summer getaway” campaign, working with a dozen local hoteliers that have created what Geiger calls “added value hotel packages/offerings.”

“(Tourists’) first choices will likely be smaller and less congested cities that are conveniently located, within a two- to five-hour drive and offers an affordable variety of accommodations for a getaway or even a staycation,” Geiger said.

Local economic and tourism analysts are not optimistic that Visit Winston-Salem and the local tourism and hospitality sectors will bounce back in the short term.

“I don’t see any relief at all for tourism in the Triad through next summer, particularly regarding the region’s hotel and conference facilities,” said Keith Debbage, a joint professor of geography and sustainable tourism and hospitality at UNC Greensboro.

“Demand will continue to be well down, and many companies will likely struggle to survive. The high turnover, and crowded nature of conventional hotels and airlines, makes it difficult to see anything other than much lower than average occupancy rates for the next several quarters.”

“One area that needs to change — and change fast — is Triad travel companies need to re-evaluate their pricing policies and be more flexible regarding cancellations and refunds if they want to see tourists return,” Debbage said.

Zagros Madjd-Sadjadi, an economics professor at Winston-Salem State University, said he does not project “tourism coming back in any meaningful amount for at least a year, since social distancing and mass unemployment are going to continue to take their toll on these industries.”

“I expect this industry to have levels that will be significantly depressed compared to the pre-COVID-19 levels for at least three to five years,” Madjd-Sadjadi.

“This is especially true for the Triad, since we really lack traditional destination (out of region) tourist attractions, such as beaches and amusement parks.”