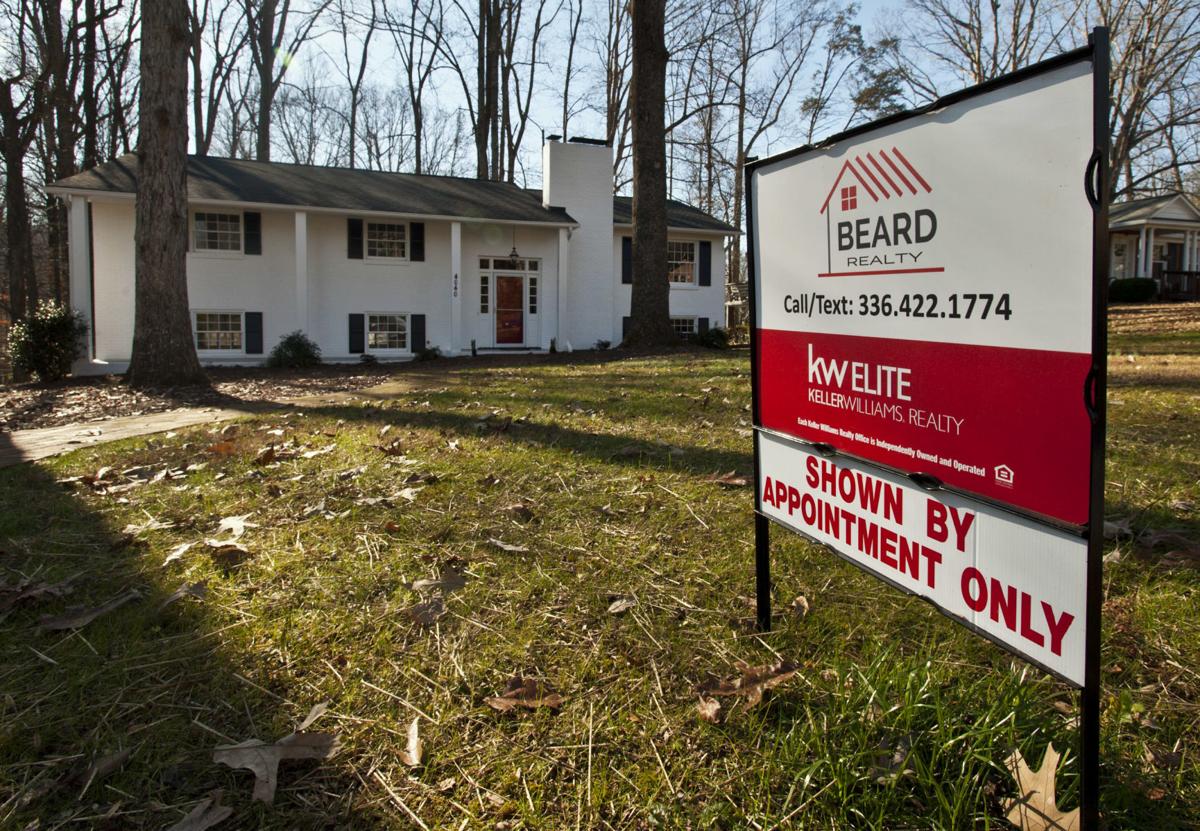 Realtor.com’s ranking of 100 housing markets for 2020 lists the Winston-Salem area as the eighth most attractive in the nation. based on the expected number of home sales and selling prices. Winston-Salem is among the“late bloomers ... meaning they still have plenty of inventory and prices are within reach — a rare combination in recent years,” economist George Ratiu says. This house is at 4040 Briarcliffe Road. 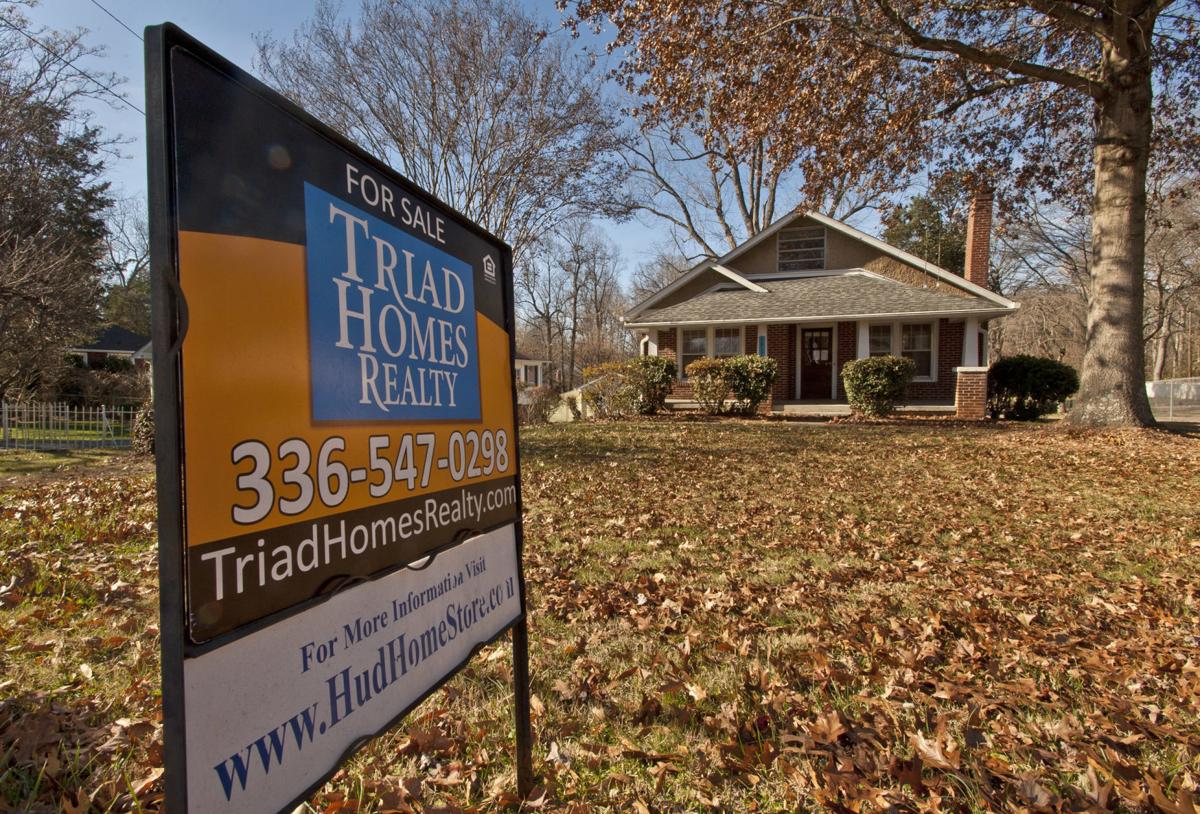 A house at 1817 Polo Road is among those currently for sale.

Realtor.com’s ranking of 100 housing markets for 2020 lists the Winston-Salem area as the eighth most attractive in the nation. based on the expected number of home sales and selling prices. Winston-Salem is among the“late bloomers ... meaning they still have plenty of inventory and prices are within reach — a rare combination in recent years,” economist George Ratiu says. This house is at 4040 Briarcliffe Road.

A house at 1817 Polo Road is among those currently for sale.

Being a traditional not-too-hot, not-too-cold housing market has served the Winston-Salem area effectively over the years, particularly in weathering the Great Recession.

It is also considered a major plus by Realtor.com, which ranked the combined area of Forsyth, Davidson, Davie, Stokes and Yadkin counties as the nation’s eighth most attractive market for 2020 when projecting home-sale and home-price performance.

Attractive, in this instance, refers not only to potentially favorable housing markets for buyers and sellers, but also as it relates to the balance of supply and demand.

Realtor.com markets itself as offering the most Multiple Listing Service for-sale listings among national real-estate sources.

“While the U.S. housing market is expected to cool in 2020, certain markets will remain steadfast, fueled by strong local economies, job creation and available inventory, especially at the entry-level price point,” Realtor.com said in its news release.

Winston-Salem is joined in the top 10 by two similarly sized metro areas in the Southeast: Chattanooga, Tenn., and Columbia, S.C. Topping the list is Boise, Idaho.

Realtor.com projects that Winston-Salem will have a 0.5% increase in home prices from a median home price of $169,000, as well as a 3.6% increase in sales. The sales include condos, lofts and other residential offerings that are growing locally, particularly downtown.

By comparison, the Greensboro-High Point MSA is ranked 74th, with a projected 4.2% decrease in sales and a 2.1% increase in prices.

The national projection is a 1.8% decrease in home sales and a 0.8% increase in sale prices.

George Ratiu, a senior economist with Realtor.com, said Winston-Salem fits squarely into a top-10 list that consists primarily of “late bloomers in the current housing cycle, meaning they still have plenty of inventory and prices are within reach — a rare combination in recent years.”

“You don’t see the boom or bust that some markets experience,” Ratiu said.

According to Realtor.com, the Winston-Salem metro area benefits from two strong common denominators for promising 2020 housing markets — having one to several higher education institutions and being a popular retirement destination.

“The majority of top markets are home to a college or university. This is likely due to the fact that many schools are creating incubators to nurture entrepreneurs and start-ups, helping to fuel local job markets,” according to the report.

Top-10 cities — like Tucson, Ariz.; Winston-Salem; Columbia, S.C.; and Charleston, S.C. — have become popular retirement destinations, according to the report.

“Many baby boomers are looking to spend their golden years in a warmer climate and escape the high property-tax rates that are common in the Northeast,” it says.

Realtor.com’s description of the Winston-Salem metro area said it “has become a cultural hub for fine arts and theater. The revitalization of its downtown has added a number of hotels, restaurants and apartment complexes that make it attractive to millennials and retirees alike.”

“This led The New York Times and The Wall Street Journal to rank the city second in their respective lists of most livable downtowns in America.”

“Many of the area’s residents refer to themselves as ‘half-backers,’ or people who moved from the Northeast to Florida, but decided to settle ‘half of the way’ back to be closer to friends and family.”

In October, Winston-Salem’s reputation as a retirement haven gained another national boost — this time being ranked No. 7 by U.S. News & World Report for 2020. It is listed as the second-best retirement option in North Carolina, behind Asheville at No. 4.

U.S. News said its rankings of 125 metro areas are geared toward two demographics: those ages 45 to 59 nearing retirement age; and those of retirement age.

U.S. News cited the combination of Winston-Salem’s retaining a traditional Southern hospitality but having “an international feel,” where downtown “celebrates its diversity during an array of festivals and through a variety of cuisines.”

Though Winston-Salem has not experienced the population growth of Charlotte and the Triangle in recent years, U.S. News determined that its “slow and steady growth has preserved the region’s small-town feel while allowing for improvements, such as repurposing old textile and tobacco factories into loft apartments.

“Due to heavy interest in residential and corporate development, the region has become a fertile land for entrepreneurs and small businesses,” U.S. News wrote.

Ratiu said a number of the top-10 markets for 2020 “are welcoming an influx of buyers from nearby large cities that have become crowded, expensive and lack sufficient inventory.”

He said that when measuring non-local clicks on Realtor.com for Winston-Salem MSA listings, the top-six areas come from, in order, Charlotte, Greensboro, Atlanta, New York City, Raleigh and Washington.

Interestingly, all but Greensboro have been the focus on concerted tourism marketing efforts by Visit Winston-Salem in recent years.

“Those cities are consistent with what our tourism research indicates are our top feeder markets for visitation,” said Marcheta Cole Keefer, Visit Winston-Salem’s marketing and communications director.

“We definitely hear from so many visitors and recent relocators that they were introduced to the idea of moving to Winston-Salem because they fell in love with various attributes of the city itself while here at a convention attendee or as a tourist,” Keefer said.

She said the visitors bureau tracks the number of requests it gets for information/relocation packets, but “we haven’t tackled a ‘conversion’ step to see if the requestor actually converted to an actual move and/or home purchase.”

“As Winston-Salem continues to be shone in such a positive spotlight and on a national scale, we may just need to add to our to-tackle-research list,” Keefer said.

Baby boomers and millennials are looking “for the best quality of life for their money,” Ratiu said.

“The challenge for Winston-Salem, and most metros of its size, is that as you attract more millennials and more businesses, you have to have a sufficient supply of starter and entry-level homes to serve them,” he said. “Those (starter) homes are becoming increasingly popular as well with retiring baby boomers looking to downsize or buy a home so they can be close to their grandchildren.”

Ratiu cited the strong local health-care sector as a major employer and home-buying plus. He mentioned the potential for additional jobs associated with Winston-Salem becoming the community and retail banking hub for Truist Financial Corp.

Ratiu said a silver lining to BB&T Corp’s corporate workers moving to Charlotte as part of creating Truist’s headquarters there is that it may provide a short-term supply of $300,000-plus residences to the local housing market.

It would be a similar response to how the local housing market absorbed the loss of mid- to high-level Wachovia Corp. employees when the bank was bought by First Union Corp. and more than 1,300 corporate jobs went to Charlotte or were eliminated from 2001 to 2003.

The Winston-Salem Association of Realtors has reported in recent months that the average residential home sale price remains on an upswing.

However, the association has cautioned that a diminishing inventory of available houses could serve to cool the market in future months.

The association said home sellers, on a median basis, are gaining 98.5% of their list price in Forsyth, as well as the median turnaround time from listing to sell being 10 days.

“Both low inventory and seasonality can be attributed to the price increase,” said Angela Kalamaras, the association’s president.

“I think we’ll continue to see year-over-year increases of around 4% to 5% until more inventory is available,” Kalamaras said.

Being known as a hot place to spend golden years might not seem to mesh with an equally pivotal pursuit of young professionals to populate local business and residential communities.

But recently, local civic and economic officials have embraced the city’s retirement recognition because the same lifestyle attributes attracting seniors also are being sought by young professionals.

Rising home prices could continue to prevent some millennials from being able to afford a house, according to economists and housing analysts.

The sellers gained a significant profit from the sale, considering they spent $35 million on the project.

West End Station is the latest — and most expensive — in a significant wave of apartment complex sales in Forsyth County. At least 31 existing apartment complexes have been sold over the past 16 months for a combined $332.6 million.

However, CoreLogic chief executive Frank Martell expressed confidence that millennials are beginning to dip their toes into home buying.

“The millennial cohort has now entered the housing market in force and is already driving major changes in buying and selling pattern,” Martell said. “Almost half of the millennials over 30 years old have bought a house in the last three years.

“Perhaps most significantly, almost 80% of all millennials are confident they will become homeowners in the future.”

Ratiu said one key to serving the millennial homebuyer “is for there to be enough demand in starter to mid-priced new homes to convince residential developers to open new developments.”

“We estimate that about 50% of homebuyers in 2020 will be millennials,” he said.

Because the average time a homeowner spends in their home before selling has risen from seven years before the Great Recession to about 15 years now, new homes is the main answer to helping supply meet demand,” he said.

The Winston-Salem metropolitan statistical area is the highest ranked of the state's five urban centers on Realtor.com's list of 100 housing markets for 2020.

Winston-Salem is ranked eighth with a projected 3.5% growth in home sales and a 0.5% gain in sale prices.

Charlotte-Concord-Gastonia is 41st with a 0.5% decline in home sales and 1.1% gain in sale prices.

Greensboro-High Point is 74th with 4.2% decline in home sales and 2.1% gain in sale prices.