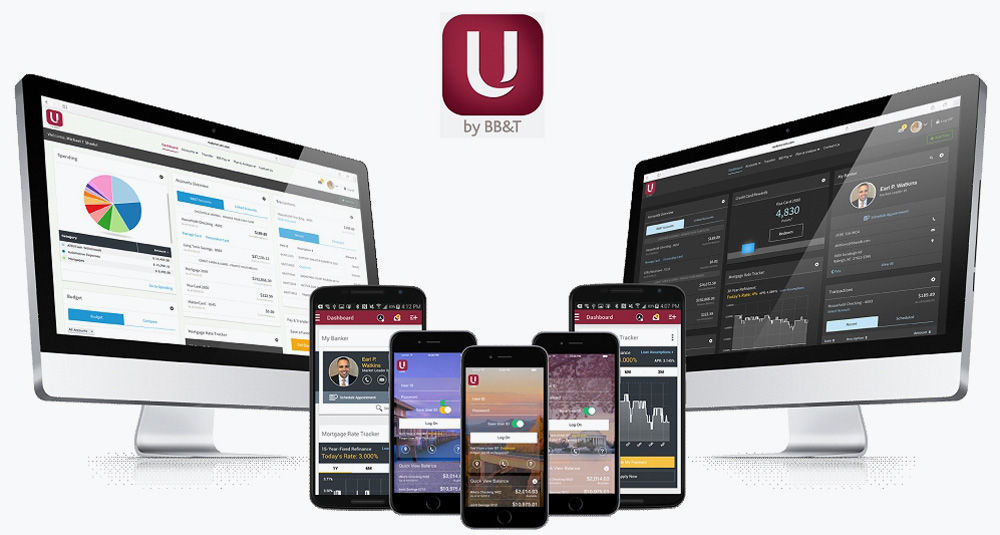 THE NEW WAY FORWARD: U by BB&T is the bank’s digital platform for desktop and mobile. A survey by the American Bankers Association found that 73% of banking customers consider online or mobile options as their top option for managing their accounts. 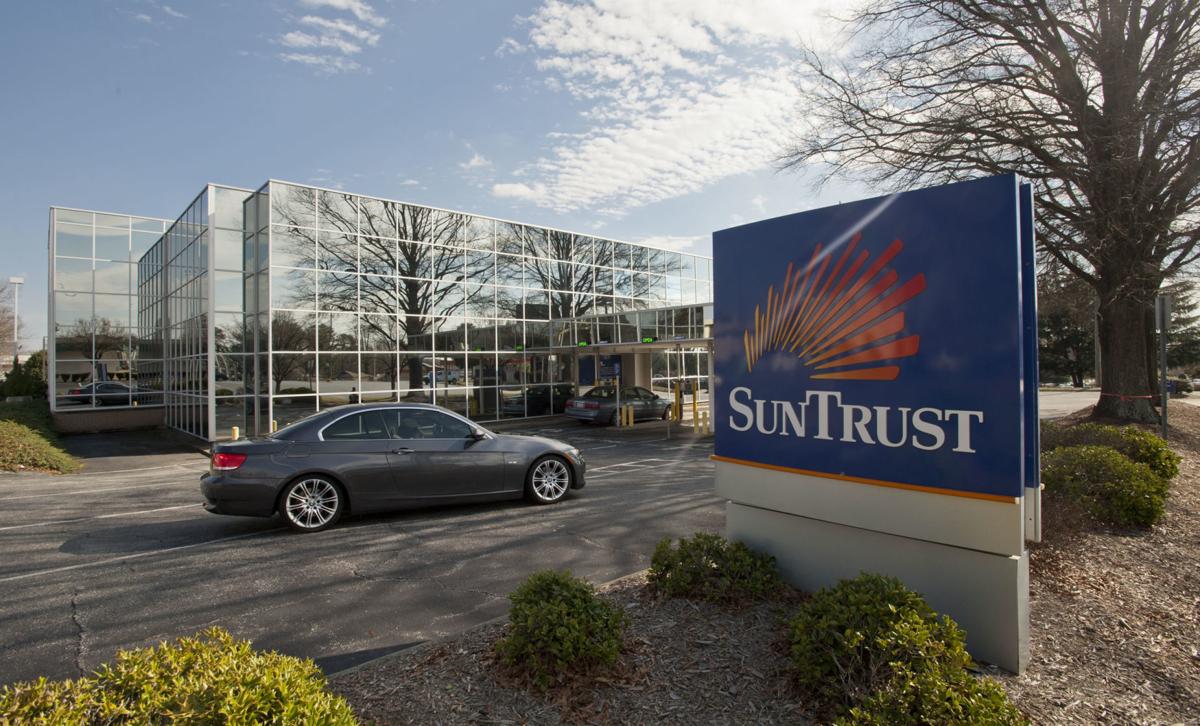 THE NEW WAY FORWARD: U by BB&T is the bank’s digital platform for desktop and mobile. A survey by the American Bankers Association found that 73% of banking customers consider online or mobile options as their top option for managing their accounts.

The trend of banking customers drifting more toward digital platforms, and away from the personal touch at a branch or ATM, could accelerate what is becoming a self-fulfilling industry prophecy.

An American Bankers Association survey released last week found that 73% of customers consider online or mobile options as their top option for managing their accounts.

The survey of 2,200 bank customers was conducted by Morning Consult from Oct. 10-12.

Mobile banking continues to gain in popularity, rising from 30% in the 2018 survey, while online banking slipped from 42%.

The survey is another sign of the sobering realization that digital banking is overtaking bank branches much like laptop computers and tablets made desktop computers less relevant.

“Banks have made significant investments in their digital platforms to make it easier, quicker and safer for people to manage their money. Consumers are taking advantage of that.”

“While many customers lean toward a favorite banking method, we’re seeing that most typically use a mix of the account management methods that financial institutions offer,” Feddis said.

Wells Fargo & Co. serves as an example of the mobile banking trend.

The bank said in its third-quarter earnings report it had 30.2 million active mobile-banking customers, up 4% year over year, along with 24.3 million “primary checking customers” that rely on branches, up 1.5%. Customers were considered as active if they conducted at least one transaction in the platform category over a 90-day period.

Transactions conducted in branches and at ATMs continued to be the dominant banking platform at Wells Fargo, with 324.3 million transactions during the third quarter, down 6%.

Meanwhile, digital transactions were at 146.2 million, up 7%.

The bank said the branch and ATM transaction decline is “due to continued customer migration to digital channels.”

“Customers continue to transact and interact with us in person, as well as through digital channels,” Donofrio said.

“So we continue to invest in both by adding financial centers and renovating existing ones, as well as enhancing and adding capabilities to our No. 1-ranked digital banking platform.”

Donofrio said Bank of America had nearly 2.5 billion consumer interactions across all channels during the third quarter, with digital representing 26% of total sales.

“Our digital and physical worlds are increasingly connected and synergistic,” Donofrio said.

“Digital appointments are great example of that. Thirteen percent of our (branch) platform traffic is now driven by appointments set in advance.

“This allows us to better prepare and staff for the specific needs of our customers and improve their experience.”

Potentially at the forefront of the trend toward de-emphasizing branches could be the proposed Truist Financial Corp. that would be formed from BB&T Corp.’s $26.7 billion megadeal for SunTrust Banks Inc.

The deal, announced Feb. 5, is projected to gain federal regulatory approvals and close by year’s end, although some analysts are saying early 2020 may be a more realistic completion date.

The banks have significant branch overlap in the Southeast, particularly in the Carolinas, Georgia and Virginia. They have 740 branches within two miles of each other; many are likely to be closed during their integration process.

Before the banks made their announcement, BB&T chairman and chief executive Kelly King spoke of how the bank has embraced a digital-first approach during a February State of the Economy luncheon for the Winston-Salem Chamber of Commerce.

Initially called “Disrupt or die,” the bank recently softened the phrase to “Disrupt and thrive” as it launched the latest phases to plug in artificial intelligence and robotics into its back-office, customer-service and compliance operations.

King said Feb. 7, when the megadeal was announced, that “if you are a client-facing associate and doing a good job, then your job is assured.”

The reality is the Triad will lose several hundred BB&T corporate-headquarters jobs to Charlotte, along with the entire executive-management team moving there as a result of the merger.

The bank has been investing much of the cost savings into its digital platform “U by BB&T” and embracing artificial intelligence and financial algorithms.

King said BB&T is balancing “clearly a steady decline in branch activity” with the fact that most of its client base “still values the branches.”

The accelerating move toward digital banking and artificial intelligence may be a pivotal contributor to fewer banking industry jobs.

A report released Oct. 1 by Wells Fargo & Co. analyst Mike Mayo projected up to 200,000 banking-industry workers in the U.S. could find their jobs eliminated.

Mayo said that while “this will be the biggest reduction in U.S. bank headcount in history ... new job additions could make the reductions less.”

“There is recognition that tech can enable the biggest capital-for-labor swap in the history of banking, thereby allowing tech spend to reduce non-tech spend.”

Mayo said the main motivation is “an unrelenting drive to lower unit costs which, in turn, should improve efficiency. ... the biggest future driver of savings is employee compensation, which are half of all bank expenses.”

Mayo based his dire employee forecast on “an examination of available data on headcount per bank, by business line and by function.”

“Cuts are driven by a roughly one-fifth to one-third reduction in back office, branch, call center and corporate employees. The main exceptions are those jobs related to technology, selling, advising or consulting.”

King said BB&T’s current spending on artificial intelligence and robotics will intensify as the combined Truist.

“We will be pretty aggressive about that. We just think there are huge ways to reduce cost in the backroom by the use of that.”

The disrupt and thrive initiative has focused on pouring resources into the bank’s digital platform and information-technology network, downsizing the branch footprint, increasing spending on the community bank unit, and relying on organic growth and flat expenses.

King said the merging of BB&T and SunTrust was not only strategic in nature, but a necessary element of disrupt and thrive.

“This is not a loss for anybody; it is a win for everybody,” King stressed. “If we had not made this decision, this would have been bad for everybody.

“We’re going to remain a go-forward, energized organization that will thrive and grow and add associates.”

King cautioned local business leaders of their need to blend technology with a consumer touch to create the trust necessary to build and sustain profitable relationships.

King said the paradigm shift is happening in real time as consumers “shift their satisfaction demands.”

“People have decided that they demand more convenience. They want what they want when they want it, right here, right now.”

King said the challenge is to blend the technology in the front room “with the touch so that you can create the trust to differentiate your company from your competitors. Trust goes beyond just simple human relationships these days.

“Ultimately, differentiation, in terms of what business you’re in, is what matters because you can generate a better price because you offer a better quality.”

Tony Plath, a retired finance professor at UNC Charlotte, said that “retail shopping malls, Sears and JCPenney are going to win the race to the bottom of marketplace obsolescence.”

“But branch banks just aren’t far behind these guys. These offices are just too expensive to operate, and too under-utilized by consumers, to survive much longer.”